Little 3 turns 5- How did that happen

What is it that makes 5th birthdays seem so much of a milestone, it it that your child is officially school age, no longer considered little, the start of independence? Somehow that age of 5 years old means a proper little boy (or girl) and all too soon it is Little 3's turn to reach that milestone, my youngest, my last child- How quickly did that happen? 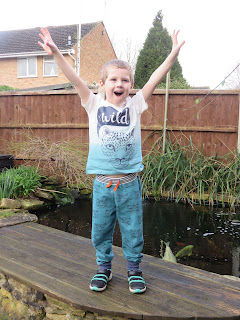 Having had three children for the last ten and a half years I have had a child aged under 5, there have been years of nappies, weaning, toddlerhood, special moments, pre-school and lots and lots of one on one time at home together- now it has all gone. Little 3 is a fully fledged 5 year old who has been in full time education for the past six months, my three children are now in the 5-10 age bracket and it all feels a bit strange. 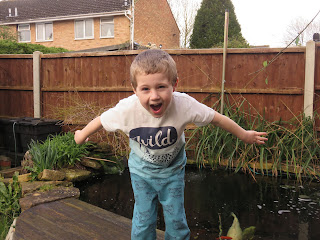 Little 3 on the other hand is loving the fact that he is five, he was the last one in his little group of school friends to turn 5 and has eagerly been looking forward to it. He has always been a tad lazy in the mornings preferring us to help him dress than doing it himself, though he was fully capable. This week, however, he has got out of bed, opened his door and announced that no one is allowed in his room as he is dressing and closed the door again, then in a kind of ta da movement lept out of his bedroom in a star shape on the landing a few minutes later rather pleased with himself fully clothed. 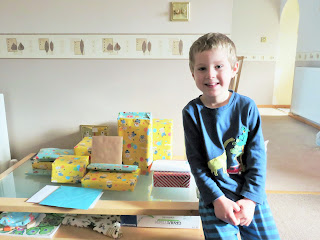 Luckily his actual birthday was a Saturday and he didn't have to go to school, the girls went off to training in the morning and so Daddy took him and a friend to the soft play, the three of them had a whale of a time, running around, climbing and creating havoc and returned home with Mcdonalds to have with the girls as they arrived back from training. 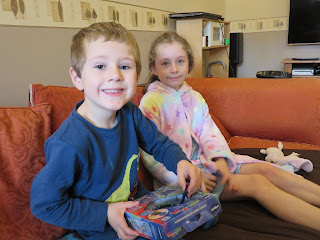 He spent the afternoon playing with his new toys, those of you who know Little 3 will know he loves tracks, trains and fire engines so was in his element that he had been gifted some lovely fire related train add ons from us and some of the family. The set up is still out on the living room floor and I am not allowed to move it. 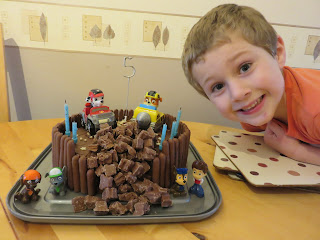 The evening was spent with close family, a take away and a birthday cake that the girls and I made together, a chocolate avalanche cake. It was super easy to make and looked pretty effective, Little 3 loved the fact that his favourite Paw Patrol characters made an appearance on it too. 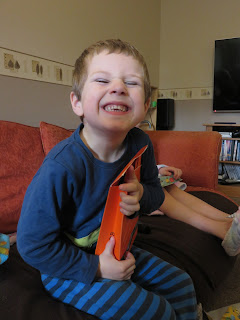 Little 3 went to bed telling me he had the best day ever, that he loved all his presents and saying thank you for everything. I still can't believe he is 5 years old.
at 10:40 pm
Email ThisBlogThis!Share to TwitterShare to FacebookShare to Pinterest
Labels: birthday