Little 1 has a large interest in science, especially Physics, which probably runs in the family as I enjoyed Physics at school and even did an A-level in it. She often asks how things work and why they work the way that they do which leads us to have lengthy conversations about all sorts. She was recently offered the chance to review a new story based STEM adventure kit featuring Magnetism from the Thames and Kosmos Peppermint range- The Magnificent Mars Expedition RRP £25. 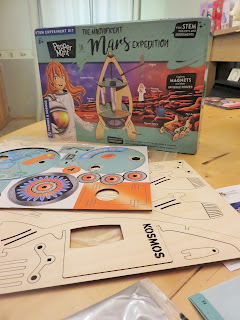 These Thames and Kosmos adventure kits are designed to inspire children in a fun and engaging way. In this kit you follow a story of the character Pepper Mint from the instruction booklet as she heads off into space to Mars to make scientific discoveries. As your child reads the story in the book they begin to explore the kit, first building the rocket ship with colourful wooden panels, then the Mars rover and then by completing experiments. 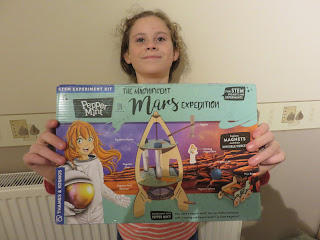 With seven magnetism based experiments within the kit, Little 1 couldn't wait to get started. She just wanted to build the ship and Rover first and then go back through the booklet to find out the story line and try the experiments, magnetic slime and a hovering Pepper Mint attracted her attention the most. 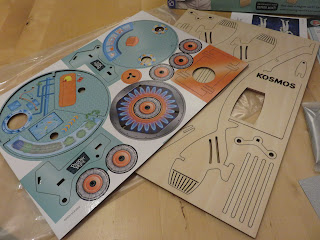 What I loved about the kit from the start is everything was there, ready for you to use, labelled where needed and with clear safety warnings on the packets which required a little more care (such as the tube of iron filings). This kit is aimed at ages 8+ and seems a good age considering some of the pieces within the kit. 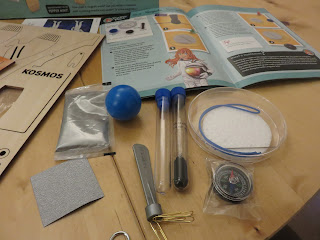 Little 1, age 10, was able to build the wooden rocketship herself following the instructions. I really liked the fact that the pieces were well cut and easy to pop out, there was also a little piece of sandpaper in the box incase you had any rough edges or tight fit pieces, we had neither of these which meant she could do it all herself unlike other brand kits in the past we have had to help with. 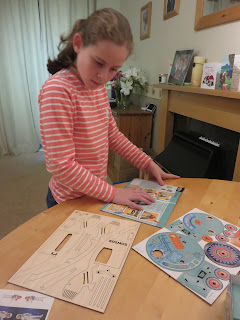 The Mars rover did cause a few puzzled looks for a while as you can see above on the printed wooden sheet there are 5 wheel pop outs and the sixth one is actually inside the base of the spaceship piece (the cog shaped one), having already built the space ship first we didn't spot this for a while and were rather confused that we could only find 5 wheels until I started looking at the pictures and realised where it was! 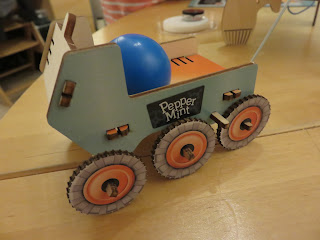 Once Little 1 had built the kit she went back to the instruction booklet and read the story doing the experiments in order. The clear logical instructions and photographs made it easy for her to do it alone and she enjoyed reading the science bits explaining how each worked. 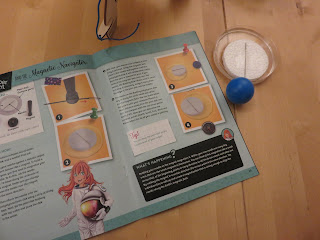 She learnt about magnetic fields... 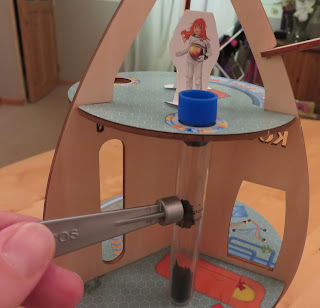 How to make her own compass and use it for navigation... 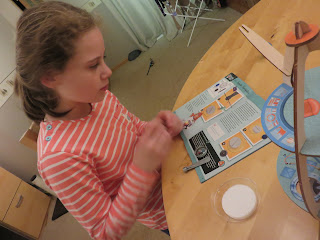 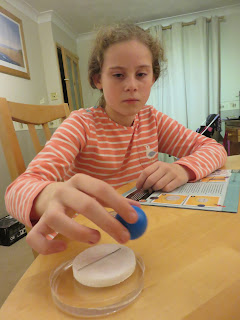 How to make Pepper Mint float in mid air using the power of a magnet.... 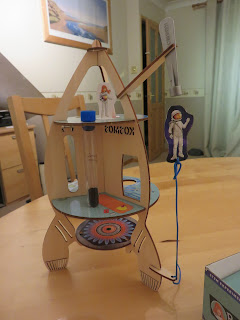 ...which totally blew Little 2's mind when she saw it (until we told her how to do it!). 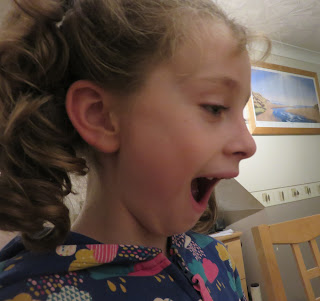 How to use a magnet and magnetic ball to power the rover without touching it... 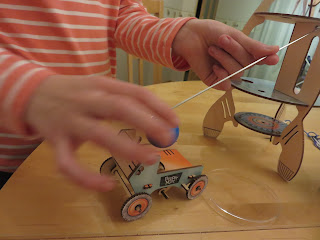 ...and finally play around with some magnetic slime. 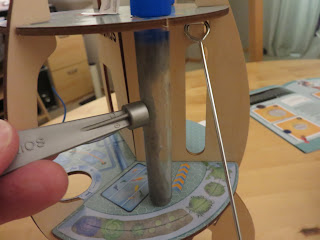 Little 1 enjoyed the experiments in the kit and building the rocket itself but once she has done all the experiments one Saturday afternoon and the younger two had had a play too, Little 3 claimed the rocket for himself and she didn't seem to mind. I would say the set has somewhat limited playability for an older child who doesn't tend to play with toys much but she really enjoyed the experiments and learnt quite a lot when we chatted about the kit afterwards. Little 3 is currently enjoying the rocket and rover. There is a lot of magnetic slime powder in the kit so you can make that many times, I expect Little 1 will go back to it again soon as she is slime crazy right now.

There are several other PepperMint sets in the range, which has won awards, focussing on different STEM areas, all the models can be used with the other models meaning your child can mix and match to create new exciting storylines and adventures for Pepper Mint using their experiment kits.
at 2:46 pm
Email ThisBlogThis!Share to TwitterShare to FacebookShare to Pinterest
Labels: review, toy