A love for Ladybirds at Tyntesfield

If you read my blog regularly you will know we are members of the National Trust and often pop somewhere on a Sunday afternoon or in the holidays. The Little Ones love completing their activity trails, running around the grounds, finding woodland play areas, enjoying a tasty treat in the cafes and like to look around the buildings and chat about a bit of history or how things were years ago. 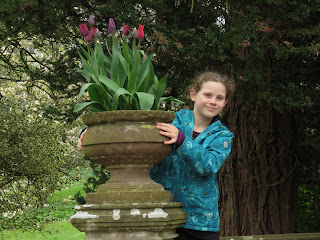 One of the properties we have visited several times in the past year is Tyntesfield House, I think it is one of the Little Ones favorites, there is a long drive to run down to the house, plenty of activities throughout the year for the children, the house itself, a cafe and a tea room, lots of different gardens to explore, woods and two play areas. 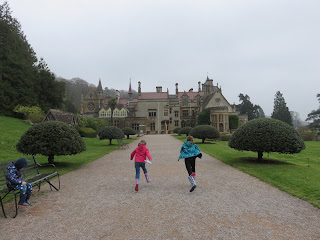 With so much to do we seem to do different things each time we visit, on our latest visit it was dreary but it looked like it would brighten up, the gardens were filled with tulips of all varieties and lots of spring flowers that certainly helped to bring colour to the day. 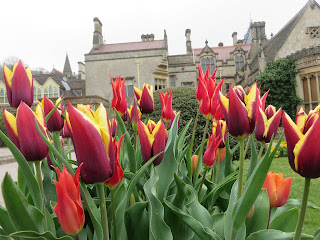 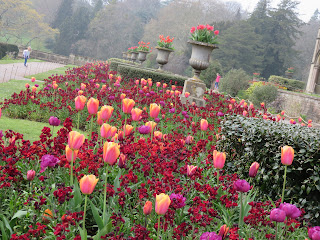 Tyntesfield House has timed entry so not too many visitors are indoors at once, it was our time to go indoors and after we had admired the kitchens, grand staircase, library and found out lots of information about the house from the friendly guides we headed towards the exit through the chapel. 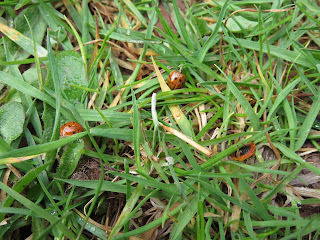 As we climbed a few steps into the last corridor I spotted lots of little things on the black and white tiled floor, bending down to look I realised it was a lot of dead ladybirds which had been trodden on by all the visitors. I wondered where they had all come from. Then I noticed some were moving, I pointed them out to the Little Ones who had come up behind me.

I looked around and suddenly saw loads everywhere, they were climbing the stone walls, on the switches and sockets and appearing from the stone grates either side of the corridor floor. The guide a little further along came to talk to us and said that it happens in the same place every year and that for several days ladybirds literally appear from the woodwork and from under the grating. They obviously like the cool stone interior and return to hibernate or breed but there were lots of fatalities so the Little ones stepped into help. 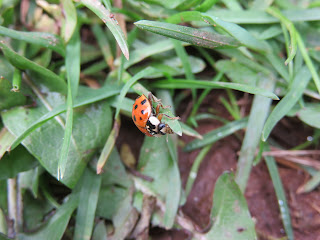 We had our paper trail leaflets with us and the girls started collecting the living ones on these, once they had a few they quietly tiptoed past the chapel and outside to release them on the grass, then they came back for more. It took a good 15 minutes for the girls to collect all the living ones they could find and do their good deed for the day. While this was all happening Little 3 stood in a star shape at the top of the steps to the corridor telling the other visitors to 'Watch out, don't step on the ladybirds!', he did make several people chuckle and bemused some German tourists! 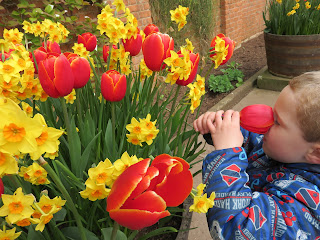 Feeling pleased with themselves the girls asked hopefully for an ice cream and we agreed, after all one good turn deserves another as they say. We meandered down to the bottom cafe walking through the kitchen gardens filled with bright yellow late daffodils and tulips.

Here Little 3 really made me chuckle I asked him to stand by the flowers for a photo but he just wanted to smell them, thinking it would make quite a cute shot I had the camera ready. He carefully bent a tulip and put his whole face inside taking a huge lungful with his eyes tight shut, 'Smells nice', was his comment afterwards. 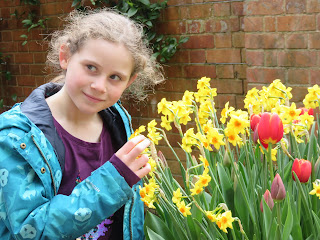 After their refuel the Little Ones were keen to play and shed coats and jumpers in the warmth of the Spring sun to tackle the play area. The play area is lovely here, carved wooden insects (including a ladybird), a little assault course and a tractor to play on. We enjoyed a coffee in the sun while they played. 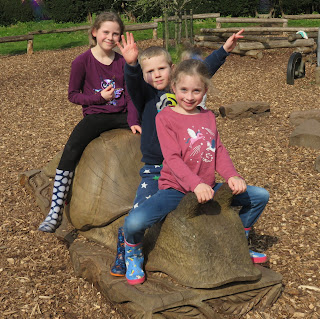 All too soon it was time to head home, the sun had come out and what had started off as a cool dreary day had really brightened up, we took in some more gardens and raced each other up the long driveway on the way back to the house before walking back up to the car. 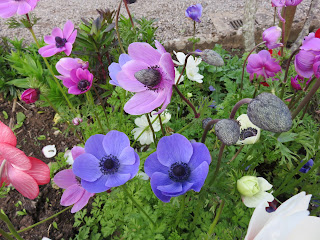 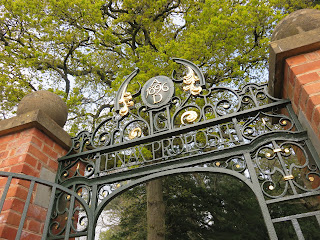 We didn't head up into the wood and woodland play area this time as it had been muddy and avoided the rose garden as it was all being dug over ready for the beginning if the season, we will go back again when the roses are out, I bet that is a lovely sight, we were a little late last year and missed it. Have you ever been to Tyntesfield?
at 9:40 pm
Email ThisBlogThis!Share to TwitterShare to FacebookShare to Pinterest