A dude, a diva and the school disco

Last week Littles 2 and 3 went to a disco at school. Ever since we got the disco letter Little 3 had been counting sleeps until the disco and practicing his moves, there had been hip swaying, the bobbing up and down foot shuffle and some sort of break dancing going on here as well as repeatedly taking a run up and sliding across the carpet on his knees which had me shouting 'Don't do that, you will ruin your trousers'. 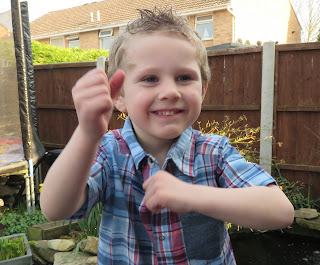 Little 3 told me he wanted to wear his jeans and his smart shirt and that he wanted sticky uppy hair so we got out the mousse and did just that. He was thrilled and kept looking at his hair in the mirror.

He spent the few hours before the disco practicing his moves and generally getting excited, he couldn't sit still. 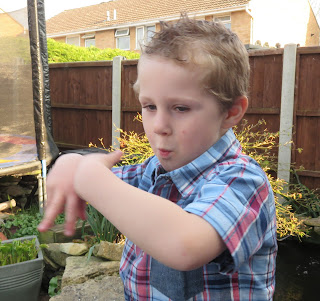 Little 2 had been looking forward to the disco too, she had been talking about what outfit she could wear all week, she had narrowed it down to three, all dresses of course. When she got home from school she went up and tried each one on, twirling in front of the mirror, looking through her shoes and bags to see what would match.

She picked the twirliest one that matched her favourite cardigan which of course I knew she would and she was almost set, she just needed shoes. Apparently socks would ruin her outfit so she wanted sandals, although not warm it wasn't freezing so I let her. She is such a mini fashionista right now! 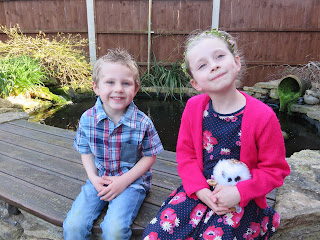 Little 1's pre school disco was first, he ran in without looking back and came out with a smile brandishing a packet of Harribo they had been given. 'Did you enjoy it?', I asked, to which he replied, 'It was ok, it was loud and boring', I asked him why was it boring and his reply- 'There weren't any toys.'  Boys! 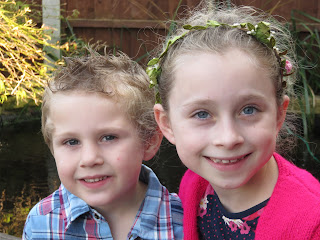 Little 2 had fun at her disco, chatting and dancing with friends, she too came out with sweets skipping around, I am glad they had a good time and I took some gorgeous photos of the two of them too.
at 11:33 pm
Email ThisBlogThis!Share to TwitterShare to FacebookShare to Pinterest