When I asked Little 2 a few weeks ago what she wanted for her 7th birthday she had replied 'A unicorn', not a toy or ornament but a real live unicorn. We had had the same conversation at Christmas when I informed her that we could not get her a unicorn as they simply weren't real nor did we have the space in the garden, but I did have a few unicorn themed birthday surprises that I knew she would love and hoped would make her birthday a happy one. 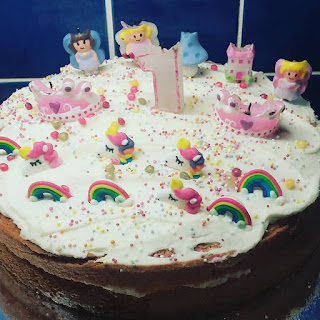 Her birthday was on a school day so the day before we had a little fun with a handful of friends, Little 2 had wanted to go to the indoor climbing wall and so we did. 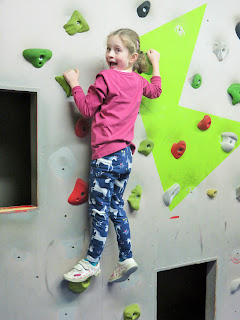 The girls all had a go on an electronic wall playing games to turn out lights, climbed with ropes on a climbing wall and then had fun playing on the low bouldering wall. Everyone seemed to have great fun which was topped off by a visit to Burger King for lunch which they all enjoyed. Little 2 said it was a fantastic party and wanted to go again the following weekend! 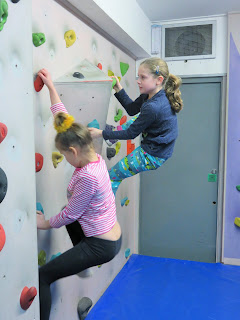 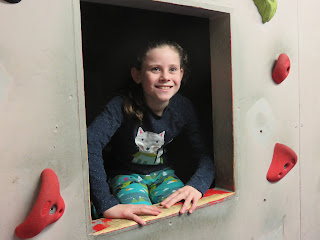 On the morning of her actual birthday, the next day, Little 2 had time to open a couple of little things that her brother and sister had made (Fimo unicorns) or bought (chocolate and sweets) and her big present from us, a scooter, before Daddy left for work. She was happy to wait for the rest of her things until Daddy got home later and happily scooted around the living room until it was time for school. 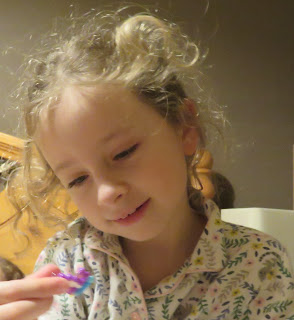 As you would expect from the title of this post, there was a bit of a unicorn theme going on with the rest of her gifts. Little 2 has loved unicorns for about 2 years and has many a cuddly toy, story and multiple items of clothing featuring the mythical creature. This year it seems everyone knew she was unicorn mad as she had quite a few lovely gifts along this theme. 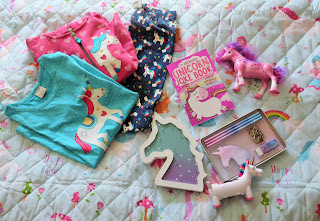 A gorgeous unicorn and fairy themed bedspread for those chilly winter nights and some pretty summer clothes from us were topped of by unicorn desk bits and light for the desk she had for Christmas, a joke book, a mug and a singing dancing electronic unicorn pet from friends and family. She was utterly thrilled and couldn't stop smiling. 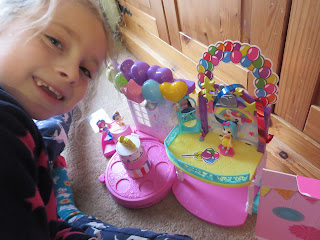 She wasn't sure what she had wanted on her cake, either rainbows or unicorns she had said. I spotted some sugar decorations that fitted both categories in the supermarket and some pretty fairy candles, I made a simple cake and she decorated it herself after school before family came for tea to celebrate. She went to bed a happy girlie and said she had loved everything so obviously had a good day. Happy 7th Birthday Little 2.
at 3:04 pm
Email ThisBlogThis!Share to TwitterShare to FacebookShare to Pinterest
Labels: birthday