The girls get creative with Glam Goo deluxe

Slime, the latest craze- the girls have made it at school, bought it and tried to re-create it at home, they love playing with it, stretching at and now they can accessorise it. 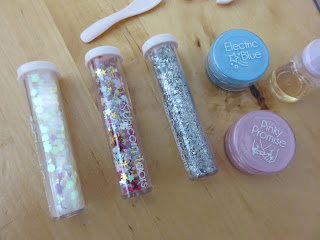 We were sent a glam goo deluxe kit to review and with the summer holidays upon us, we got stuck in one hot afternoon to shelter from the heat outdoors. 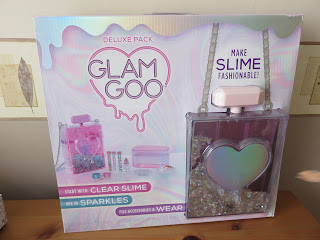 In the kit you get a resealable tub of clear glam goo, a glittery plastic purse/container accessory that opens to reveal 9 compartments to store your glam goo and has a removable heart compartment on the front that you can store your goo in too. Also included in the kit are the components to create your goo- three different coloured glitters known as day dreams, cloud crunch and unicorn tears, some violet scent to make the goo smell nice and coloured powders electric blue and pinky promise, there is also a mini stirring spoon and a ring that you can put your goo in. 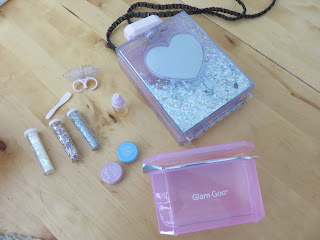 All three Little Ones couldn't wait to get stuck in and make their goo, Little 1 wanted to follow some of the suggested recipes in the instruction booklet to make hers whereas Little 2 just wanted to do what she fancied involving plenty of glitter. 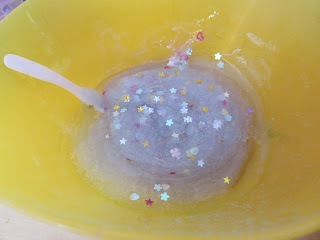 The glam goo ready in the container was really really sticky on opening it so I decided to follow the advice in the instructions to add a little bicarb of soda to make it a little less sticky, and then I decided to put it in bowls for the Little Ones to mix in their ingredients to make it easier to mix. 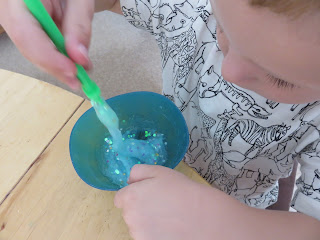 We (yes, I made some too) made lots of different colour combinations with the colour powders and various amounts of glitter and each put it in the purse container to store, in the warmth of our hot living room and after around half an hour of handling the goo it was a lot less sticky and much more like the slime I had expected. 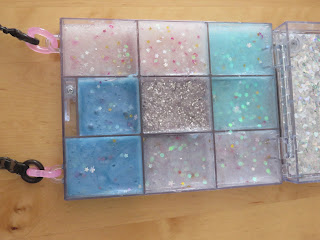 Little 1 claimed the ring shaped container and stored her favourite slime in there which she enjoyed carrying around to show everyone this week. 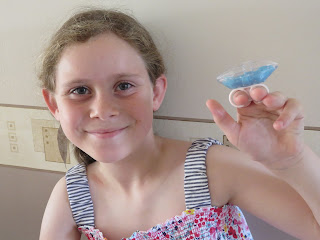 Over the last few days the girls have been getting their slime out from the container more and more, playing with it, squishing it, stretching it and shaping it and now it is the perfect texture without leaving sticky fingers or any residue having dried out a little. 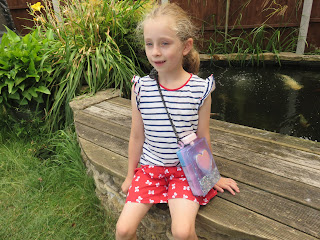 Little 2 has claimed the container as hers and likes carrying it around, as well as the slime she has filled the compartments with some of her jewellery and trinkets too. There are several different glam goo kits around which are available at Smyths, I have spotted one with a fillable teddy bear necklace and a cool confetti one with a bow bracelet and coloured beads to add too. Glam goo is over on instagram as @glamgoouk where there are plenty of ideas for creating your glittery slime.
at 11:06 pm
Email ThisBlogThis!Share to TwitterShare to FacebookShare to Pinterest
Labels: review