The one with the water balloon fight

So the sun is still holding out and boy is it hot, the Little Ones have practically lived in the paddling pool for weeks and keeping cool to avoid uncomfortable sweaty children has become the main priority right now. 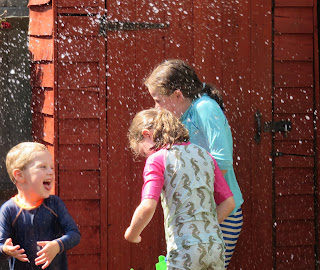 We were recently asked to try out Bunch O Balloons from Zuru and with more hot sunny days forecast we jumped at the chance, we were sent the Bunch O Balloons value pack including 140 water balloons, two bags to hold them, two launchers with a range of 22 metres and the hose adaptor connectors. 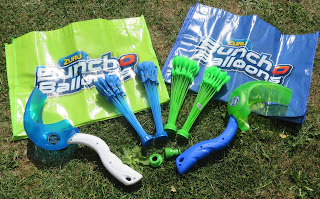 Filling the balloons is easy and quick, just attach the hose connectors and screw on the balloon bunch then hold the balloons over the bag or near the floor so they don't pop on landing, turn on the hose and in a few seconds the balloons fill and pop off with a little band tying them off as they drop, we had two bags full in just a couple of minutes. 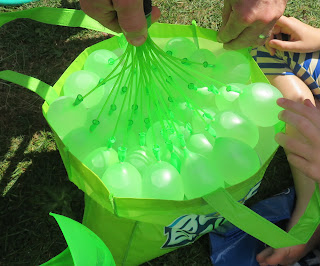 As they are so quick and easy to fill the Little Ones didn't get bored and you could set up the most awesome water fight in a very short space of time too. The Little Ones prepared to get wet and unleash the summer with a water fight.


We started out using the launchers with a whopping 22 metre range but with a short garden and the neighbours enjoying the sun on their patio next door and not wanting to accidently soak them we quickly turned to throwing the balloons instead. They would be prefect for adults or a water fight in a big outdoor space though. 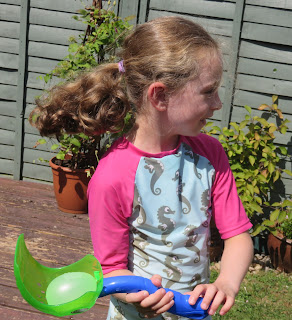 To begin with it was the girls against Daddy and Little 3 as I tried to capture a few pictures for this post then after just a few minutes I joined in too. 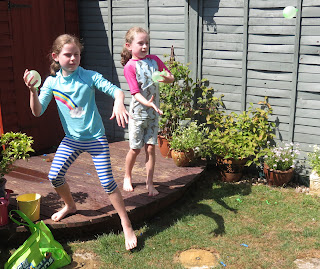 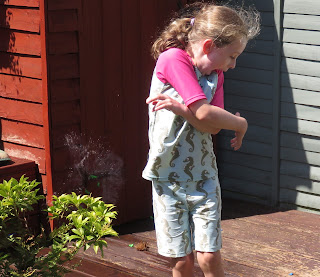 There was a lot of laughing, screaming (the girls), giggling (also the girls), shouting and smiles as we attempted to avoid the balloons filled with cold water. 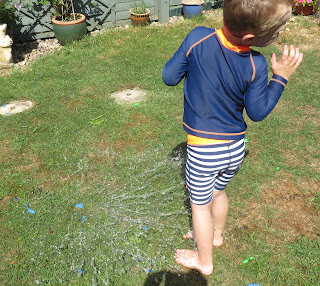 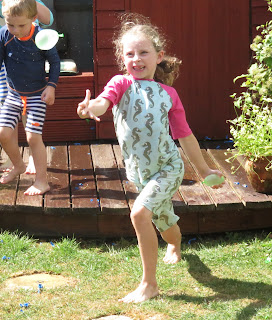 Some of us were pretty determined to soak particular members of the family!! I think Daddy was aimed at the most! 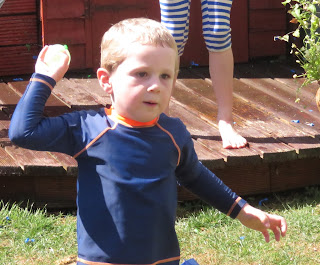 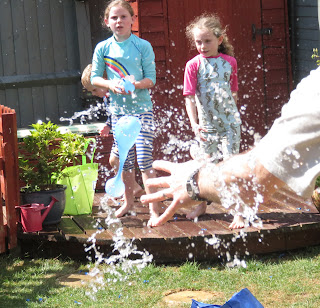 We had good fun and it wasn't too difficult to clear away afterwards, the balloons themselves are biodegradable and recyclable so any little bits we didn't manage to pick up won't harm the garden, the bags can be reused and so can the hose connector and launchers. 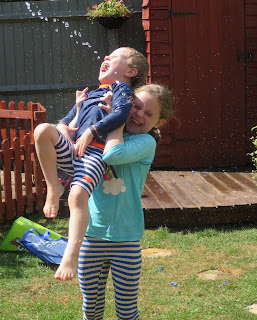 Bunch O Balloons are widely available in stores and online, you can get simple refill packs of balloons, super soakers or even a slingshot as well as value sets like ours. So go on unleash the summer with a water fight.
at 10:00 pm
Email ThisBlogThis!Share to TwitterShare to FacebookShare to Pinterest
Labels: review