Little 1 is head over heels about Gymnastics

If you have seen my eldest daughter recently you will know that she spends very little time on her feet, you see she is gymnastics mad and can most often be found cartwheeling upside down or the wrong way up practicing her handstands. She can not help herself cartwheeling along the grass on the way to school or doing a handstand as she crosses the front room, she simply can not sit still. 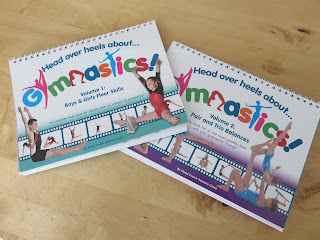 It all started about a year ago when she began to teach herself to cartwheel, at first she wasn't all that good but she got better, she began to want to do more and did gymnastics club at school after Christmas which was when she got really hooked. After badgering me for months we finally signed her up to the gymnastics club in town at Easter and the love has grown from there. 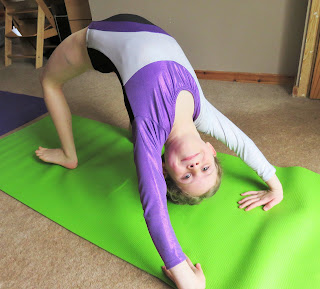 In the space of the last two months she has come along massively, helped along by two books she was sent to review from head over heels gymnastics.  In classes she was busy learning and practicing a routine for her first competition and at home she was working on the formation of basic moves using her head over heels gymnastic books and practicing pairs balances with Little 2. 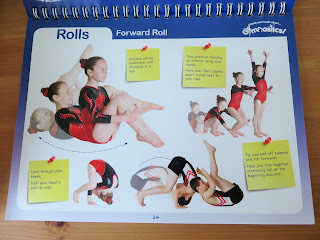 I love these books she was sent, written by a gymnastics coach, the head over heels gymnastics books are ideal for her right now. Little 1 was sent the volume 1: floor skills book showing how to perform some of the basic floor moves such as forward rolls, handstands and cartwheels, it also contains a warm up and couple of simple routines as well and also sent volume 2: pairs and trio balances ranging from very simple to those that require a little more practice, which she has been doing with her sister and friends. 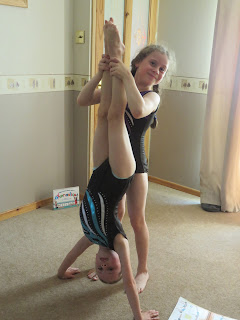 The books are A5 sized on spiral bound sturdy card pages with clear and well presented illustrations, they show exactly how to perform a move with a few hints and tips so Little 1 can do them herself, a great feature of the books is that they have a little fold out cardboard stand which is really handy for looking at the book while practicing. 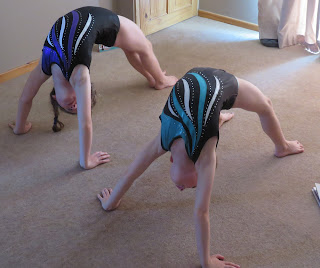 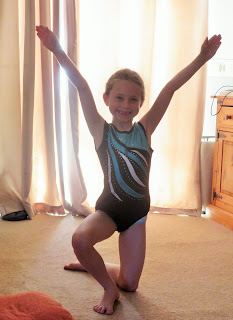 Little 2 started gymnastics recently after seeing how much fun her older sister was having. Both girls can often be found huddled over the books dreaming up routines and talking each other through warm ups in the living room. Here is a little video of them planning and practicing a few moves together.

Little 1 attended her annual gymnastic club competition a few weeks ago and her practicing must have paid off, she was placed first for floor work in her age and difficulty category (though she was placed with the nine year olds and not the 8 year olds!) and third for bench work, what a super achievement. 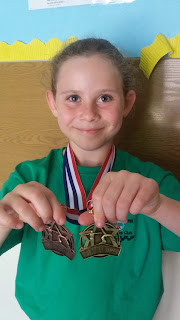 There is also a third book in the 'head over heels' series, volume 3:the floor beam, along with dvds which can accompany the books and a downloadable app too. All are in the same simple easy-to-understand format and offer something for complete beginners up to those who know a few things already. Books can be purchased from www.headoverheelsgymnastics.co.uk or on Amazon.
at 11:29 pm
Email ThisBlogThis!Share to TwitterShare to FacebookShare to Pinterest
Labels: review