Last Sunday we had the most awesome family day out at WWT Slimbridge exploring this summer's attraction, the giant LEGO animal trail. Fourteen giant LEGO animals at 1.5 metres high dotted around the wetlands centre for us to find each taking hours to build by professional LEGO builders and using no less than 253,728 bricks to build in total. 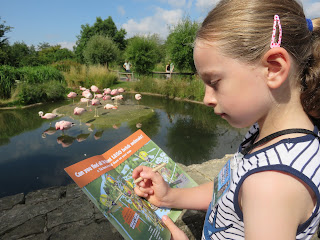 The LEGO trail is back at Slimbridge after touring the WWT's other wetland centres but with the addition of three new sculptures- Sam the short eared owl (who is utterly amazing), Walter the water vole and Skye the stork.

We were invited for the day to see if we could find all the sculptures and test out a bookable LEGO workshop too. So with our maps in hand off we went, the Little Ones running ahead to see what they could spot first. 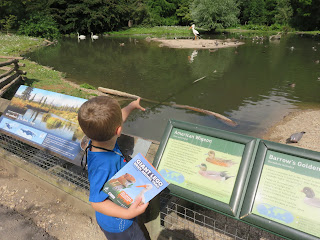 The sculptures were easy to find and each had a plaque telling us a little about the animal, how many bricks were used to build it and how long it took which the girls enjoyed reading to us and testing out their maths skills trying to work out the high numbers of bricks. 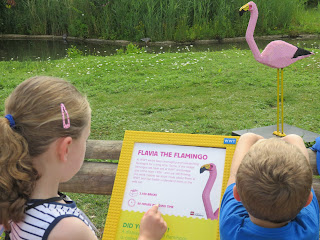 Not only did we go to see the LEGO animals but we went to see the real ones too, being summer there were lots of young ducklings and goslings around and baby coots too which the Little Ones thought was very cute, there were a lot of ahh's and oh sweet and it wasn't just from the children! 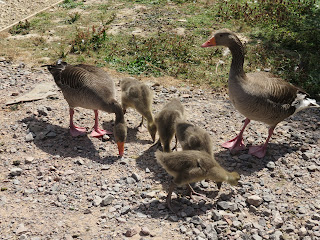 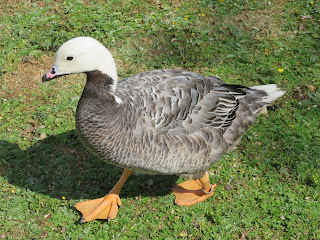 Sam the short-eared owl had to be the best LEGO sculpture though, the detail was amazing and the colour too, he looked almost real. He was my favourite and I think Little 1 liked him too. 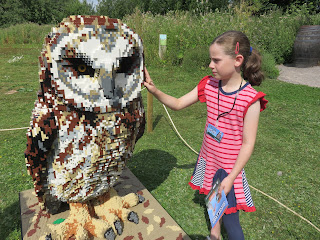 A quick stop at the canoe shack for refreshments while the Little Ones played in the playground, they sell lovely ice creams there. Then it was time to head off on a canoe safari. 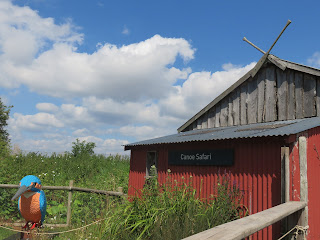 Last summer Daddy and the girls went canoeing but I stayed on dry land as Little 3 was too young, this time however he was old enough at three years and keen to have a go so we donned our life jackets (the water is only a metre deep if you do fall in though) and set off. 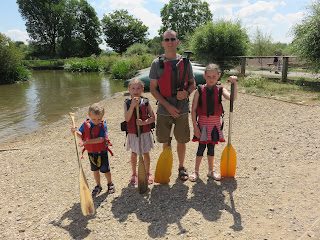 Daddy had Little 2 and 3 in his boat and they went first so I could take a few pictures. They both looked like they got the hang of it quickly and even Little 3 was having a go at rowing. It costs £7 for a boat and children go with an adult around the 1 kilometre safari where there is a tunnel, wildlife and a few twists and turns, watch out for the overhanging branches though Little 3 got totally wiped out by one and ended up on his back in the boat laughing, thank goodness he didn't fall in! 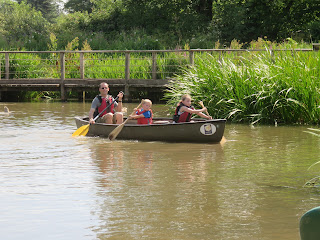 I had not rowed before and Little 1 isn't the best passenger, she gets a bit nervous, so we just did a sedate row around the little island looking at the ducklings rather than attempting the whole route, it wasn't easy to steer with her not knowing which way to use her oar to go left or right or forwards! We didn't fall in but 10 minutes on the boat was enough for us! 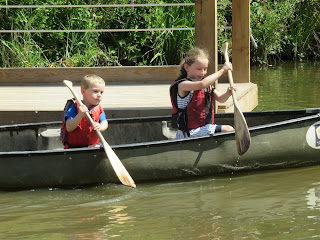 By now we were hungry and headed up to the Swan cafe in the foyer for a spot of lunch, Daddy said his sandwiches were tasty and I enjoyed a chicken and couscous salad, the Little Ones made good use of the LEGO play table while we enjoyed coffee too.

It was soon time to try our hand at the LEGO workshop over in the PENG Observatory, the workshop is about an hour long and costs £10.50 per child over three, there are lots of workshops available to book online over the summer holidays and each child gets to take home their own little LEGO owl too. 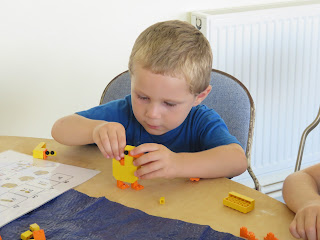 We were set three challenges in the workshop, how many ducklings could each team build in ten minutes, I think between us all we made quite a lot as our family made around 12 in that time and then we were challenged to make a vehicle to carry a LEGO person down a ramp and see who's could travel the furthest, the girls did well with Little 2 coming second of all the vehicles. 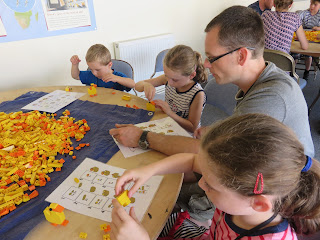 The children were then given the pieces to build their own mini owl to take home, they are pretty cute and are all now lined up on the fireplace. The Little ones were inspired by the LEGO too, they have had it out at home most of the week since we went and have built all sorts with it which I am obviously forbidden to touch or tidy! 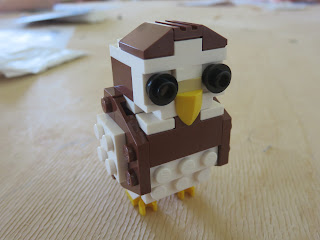 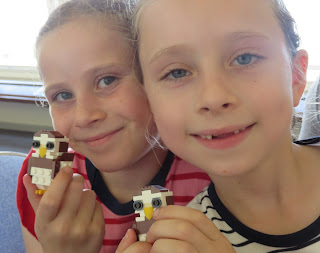 We all enjoyed the LEGO workshop and searching for the sculptures, we also did our favourite things- Little 1 loves to watch the flamingos, Little 2 likes to try and spot the otters swimming in their pen and Little 3 just loves the sand pit in the park area. A trip to Slimbridge usually ends with us having a splash at wellyboot land but as we had been there all day and it was SO HOT we headed home to cool down instead. 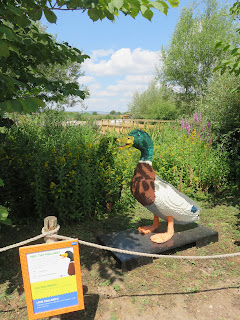 We really enjoyed the LEGO trail and will be going again before the trail ends on the 23rd September, the Little Ones love the 'pondemonium' pond dipping that runs free throughout the summer holidays and we must remember to take a stroll along the summer walkway too.
at 11:06 am
Email ThisBlogThis!Share to TwitterShare to FacebookShare to Pinterest
Labels: days out, family, summer