The beauty that is Butterflies

Who doesn't love butterflies? My girls love them, everytime they spot one out and about there is excitement and shouting and so we thought a trip to the Wye Valley Butterfly Zoo and maze was well over due as it isn't far from us and it was a whole 4 years since we last went - The one with all the butterflies. 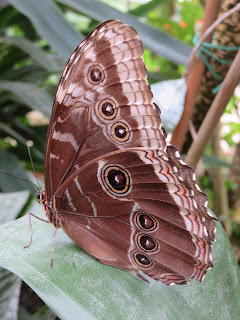 The girls were excited as they remembered going last time, not only is there the butterfly zoo but a hedge puzzle maze and crazy golf too, we packed up a picnic and headed off arriving in time for lunch and met up with Nanny and Uncle M there. 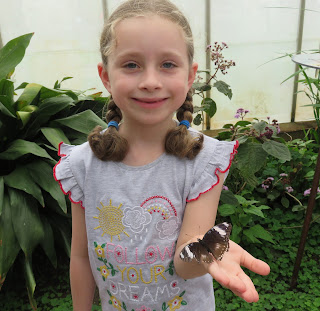 There was hardly anyone there when we arrived so we opted to play golf first as with there being 7 of us and a toddler, it seemed a sensible idea, toddlers and golf clubs can be a dangerous mix and it meant we didn't need to queue either. The Little Ones thought it was great fun and nipped around playing through quickly and doing each hole twice as us adults played properly, it was a very close game but Daddy was the winner, I even got a hole in one! 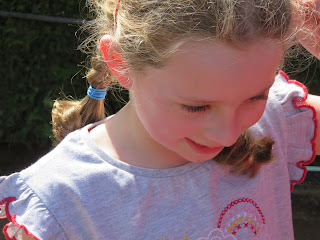 We headed into the butterfly house then before lunch, it was a warm day and so hot in there, we were glad we had worn cool summer clothes, each child was given a magnifying glass to use and a sheet so that we could identify all the butterflies. 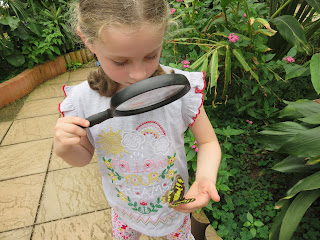 The girls were desperate to get the butterflies to land on them but they were very active and flying around (I also don't think it helped that the girls had recently used soap to wash their hands either) so we mostly watched and explored in the beginning. 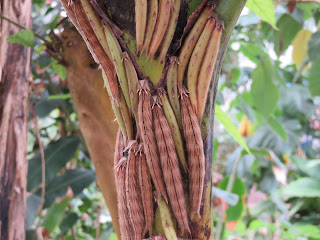 I wandered past a tree that looked a lot like a palm and thought it had banana like seeds growing under the branches and then as I peered closer I realised they were actually massive caterpillars, at least 4-5 inches long, they were huge and so still but as I stood and watched one or two were very very slowly making their way up the tree. A little further on were a few hanging or attaching themselves to the palm leaves and beginning to transform into cocoons. 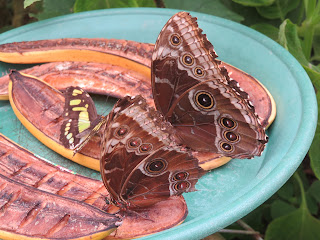 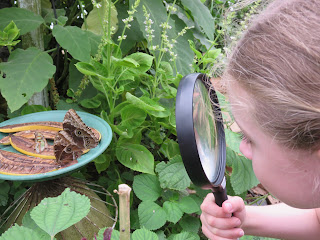 We enjoyed exploring the greenhouse, it was great having the magnifying glasses to see the butterflies feeding and being able to see them close up, even Little 3 was happy crouching down and watching them for a while. 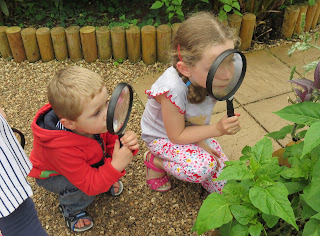 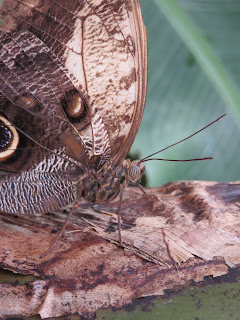 We had been in the butterfly house a while then and were all really hot so we headed out in the cool to the hedge maze and learnt about when the maze was planted and that it followed a well known maze plan rather than being quite random. 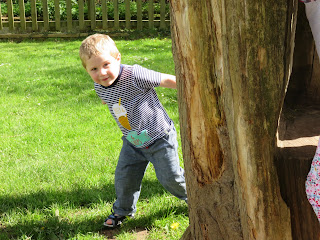 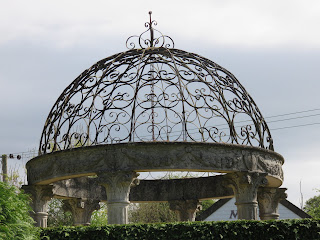 We went our separate ways and all tried to find the centre, the girls were giggling the other side of the hedge and calling to one another as I tried to find my way through, It was Little 1 that got there first in the end. 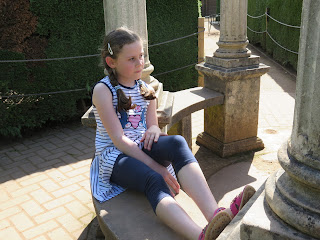 Once out the other side, I headed up to the viewing platform with nanny while the girls went back in and tried to do the maze in reverse, Little 3 and Daddy close behind them. they got a little lost and so Daddy held Little 3 up so we could shout which way to go, he thought that was hilarious. 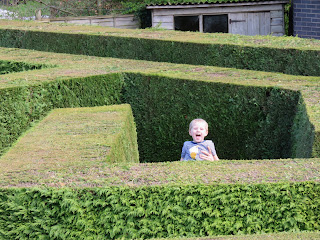 A quick stop off at the pond to watch the water boatmen and an attempt to take a photograph of three children all looking in one direction smiling (which ended up being about 16 shots before I gave in and said pull a funny face if you want an ice cream, then they all looked at the camera!) 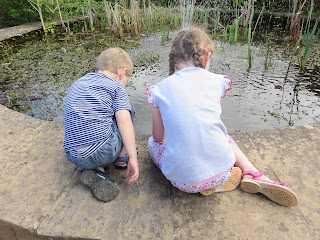 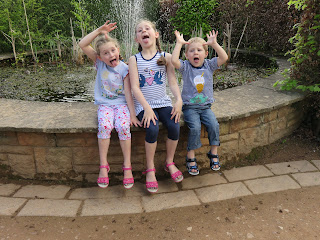 We went back in the butterfly house then, it was later in the afternoon and the butterflies were much slower and happier to land on us, they were everywhere, the girls were thrilled that they could hold them at last and went around trying to tempt as many as they could. 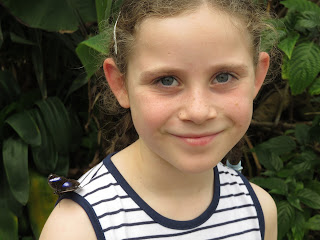 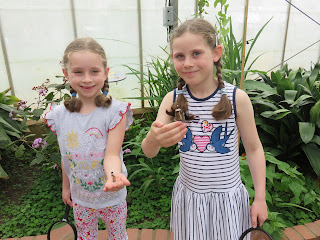 Even Little 3 had a go at holding one too. 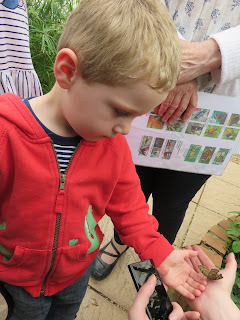 Once out the hot greenhouse again there was just time for the promised ice creams before heading home. 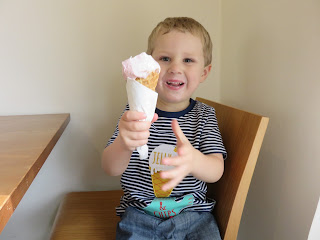 We had a lovely afternoon at the Wye valley Butterfly Zoo and have promised the Little Ones that we won't leave it so long before visiting again next time.
at 10:43 pm
Email ThisBlogThis!Share to TwitterShare to FacebookShare to Pinterest
Labels: days out