Where do you go on a cold wet supposedly Spring day when you really can't afford to spend any money but the children are on their Easter holidays and have exhausted the craft cupboard and are beginning to drive each other balmy? After googling nearby places to go and take them out for a bit I stumbled on The Gloucester Jet Age Museum, not that far from us and totally free (though donations are appreciated). 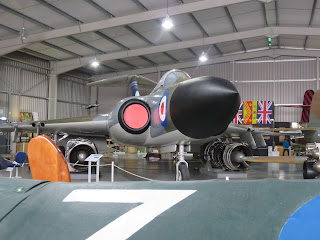 Little 3 loves helicopters and planes but had never seen one close up, he is always pointing them out in the sky and gets excited when he sees then in books etc so we decided to pop over and see what was there. Housed in a small hanger, I wasn't expecting to see much but I was so wrong. 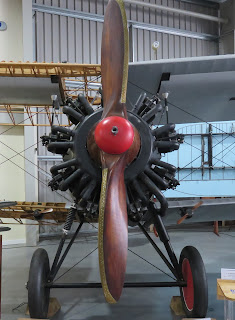 I had no idea that Gloucester had such an aviation history, as the name Jet Age Museum suggests the museum tells of the famous Glosters and the history of the county and Jet age in general, the centre of the hanger had a couple of full size planes, lots of smaller model ones and things like propellor systems and engines on show too, they were fascinating to look at and the Little Ones marvelled at the size of the engines, as tall as I was (though that's not difficult)! 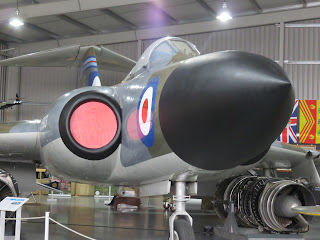 Around the outside were many displays of tiny model planes through the ages, written accounts from history, famous airmen and local ones too as well as examples of war memorabilia and other plane related artifacts too. The girls wandered round asking questions and chatting while Little 3 was a bit overwhelmed, we didn't have the chance to read a lot of the bits as the girls wanted to move along but there was so much to read. 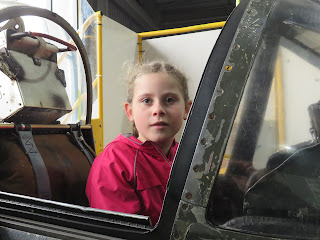 The museum wouldn't work without all of the keen volunteers who work there and I have to say they were very keen and knowledgeable on what they knew and answered our questions, talked to the Little Ones and made us feel very welcome.

There were a couple of planes the children were allowed to get in and have a little play, seeing all the dials and buttons in a fighter plane certainly was an eyeopener, the men (and women) who flew these must have been so skilled. 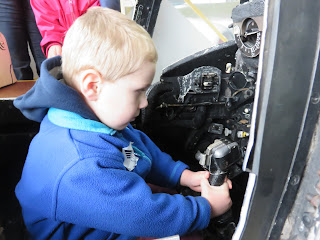 A little toddler only model plane to sit in was perfect for Little 3 who quite enjoyed making his own little flying sound effects while he was sat there! There was an area out the back where you could go in the cockpit of a larger passenger plane and watch a 20 minute video on passenger travel through time but it only seated 8 at a time as was ticketed, they couldn't fit us all in for over an hour (and Little 3 was too short for the safety height limit for the steps anyway) so we gave that one a miss this time. 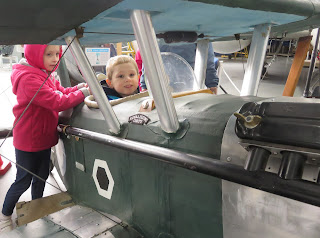 We spent around 45 minutes inside but it would have been much longer if we had read all the information and seen the video bit. There was a little shop selling all things plane related that the children liked and a little coffee shop there too with lovely home made cakes (they didn't mind people eating their own sandwiches either). 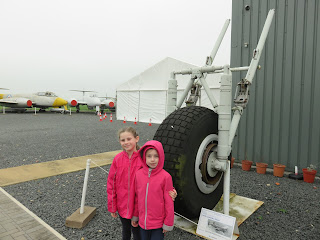 Back out the front were a few pieces of landing gear that had huge tyres, we talked for a while about the size of aeroplanes and how big the wheels were and there were a couple more planes to walk around too.

Little 3 loved seeing the planes and I was interested in what I did get to read, we will have to go back again sometime.
at 11:21 pm
Email ThisBlogThis!Share to TwitterShare to FacebookShare to Pinterest
Labels: days out