Family fun with new board games

Now that the Little ones are getting a bit older we are able to do things that we were not able to do before. After tea the other Saturday I decided to see if the four of us could all sit down together and play a family game, something we haven't attempted before.

It was really lovely, we chose a simple animal bingo game we had and we managed to play it almost twice before Little 2 began to lose interest, it was lovely that the four of us were sat on the carpet together all playing and understanding the rules, taking in turns and having some good simple family time.


I have lots of memories of playing games with my brother on wet and wintery afternoons sat on little chairs at the nest of tables underneath the front window, we had games of Monopoly that would last all weekend, draughts, chess, ludo, Guess Who and many more. It was also something we did at Christmas, at various aunties and uncles houses, there would be games going on in each room with nibbles and drinks for the adults, this is where I learnt to play cards and I loved to join in when I was allowed.

When I left home I took a few of our old games with me and they have sat in the cupboard for the last 13 years (apart from a couple of times I have tried to introduce them but the girls were too young), upon the success of Bingo we brought down Guess Who? and a couple of others I thought Little 1 would understand and we spent much of a wet weekend playing games together, properly through to the end with rules too, Little 2 had a go at some of the easier ones and didn't eat or run off with the pieces, it was really nice to be able to do this with the girls now they are a little older.

A couple of weeks after our game playing weekend the girls are still getting out the games and asking to play them with us, so it was good timing when we were asked to review a couple of games by University Games, the games arrived on a Saturday so they duly opened one each and we were set for the morning, perfect. 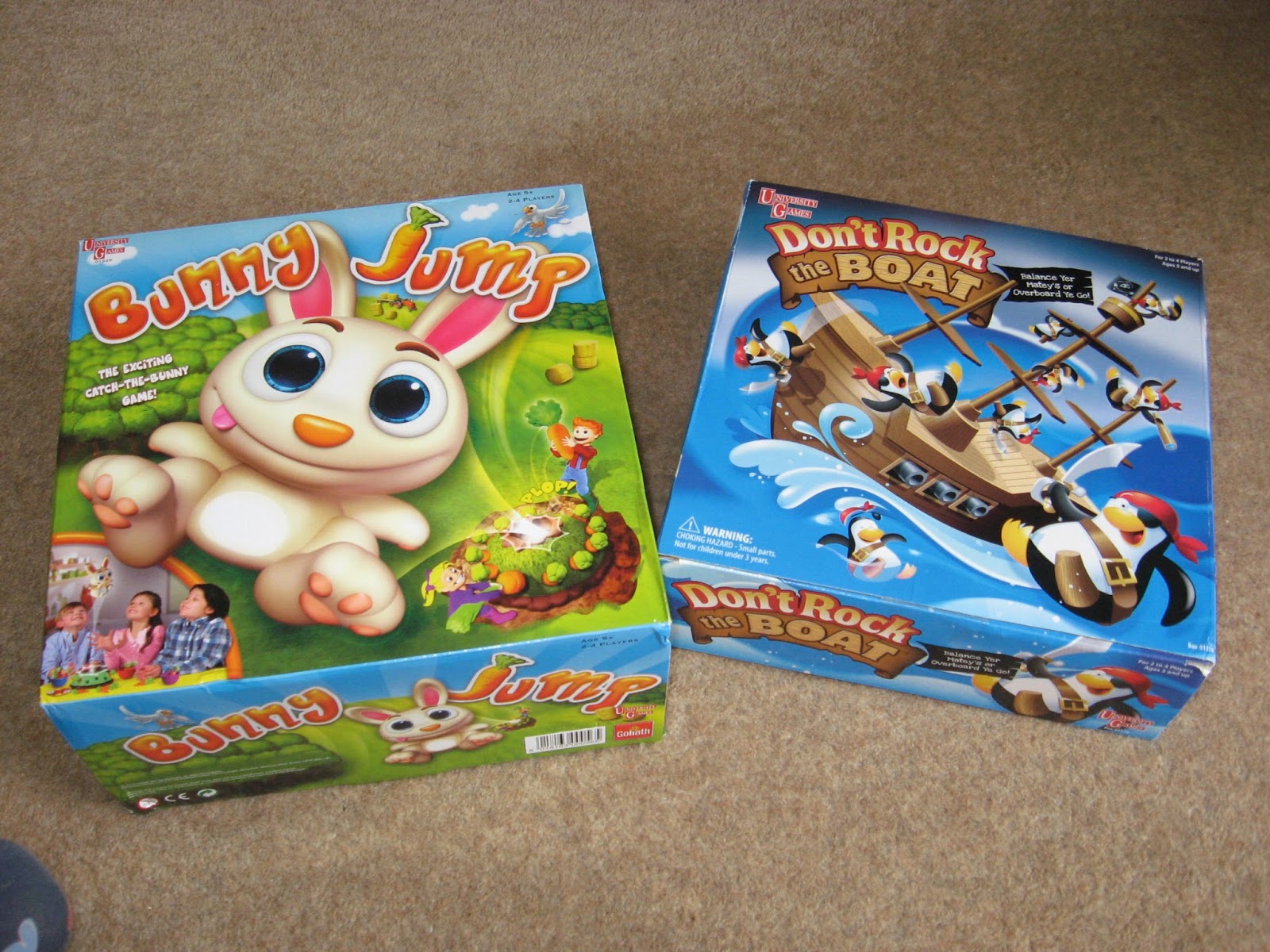 Bunny Jump- This is a quick simple game perfect for the Little ones, players take it in turns to remove carrots from the 'field' according to the number on the spinner, while waiting anxiously for the bunny to jump from his burrow. When he jumps players have to catch him to earn extra carrots to help win the game. The winner is the one with the most carrots. 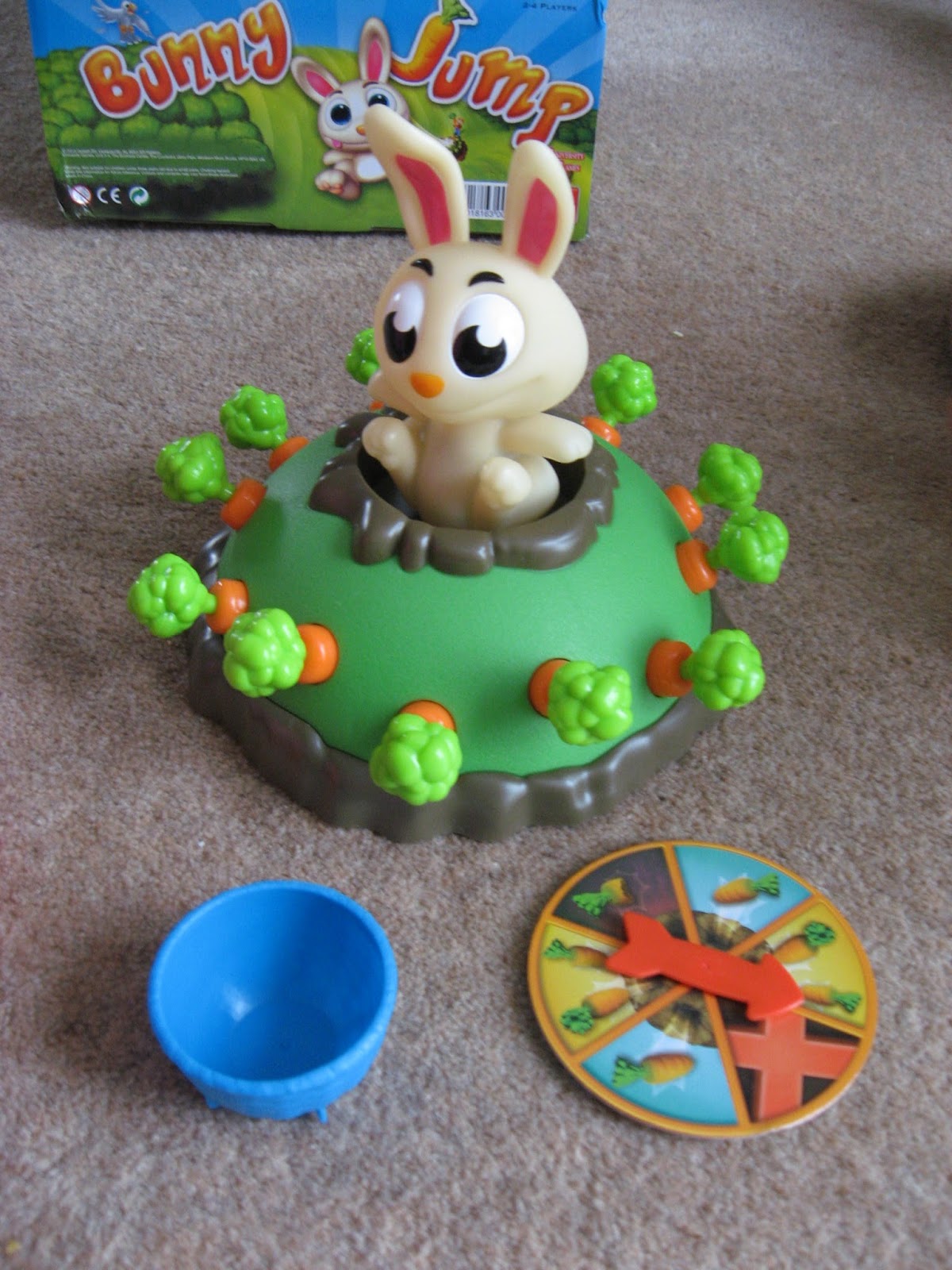 This game is not unlike another we have along similar lines however it has that extra element of fun, you get to take one or two carrots to add to your basket according to the spinner or can pinch a carrot from another player as well as trying to catch the bunny when he jumps (he is soft so it doesn't hurt) to earn more. The game is fairly short so we get lots of goes at catching the bunny before anyone get bored and it has been useful for Little 2 as well, learning about counting in ones and twos as she gathers her carrots. The girls can easily play this game alone too which means it scores bonus points in my book as well.

Bunny Jump is aimed at age 4+ (however at 2 years 8 months Little 2 can play it well with a little counting help) and can be bought in Toys R Us, Hamleys, Argos, Smyths, Amazon and Toymaster for SRP £19.99.

Don't rock the boat- This is a fun balancing game aimed at ages 5+ where you have to take it in turns to balance your pirate penguins on the ship without making it tip. The ship is precariously placed on the waves and the fun begins, it is a really wobbly ship and the penguins can sit or stand in the nests, deck or masts as well as having a hook on their bandana too. We didn't manage to get more than a couple of turns each before the ship tipped and the penguins fell off. Looking at the bottom of the ship where it is placed on the wave, it balances on a foam pad and I expect as you play the game more the foam will dent a little making the ship a little more stable. 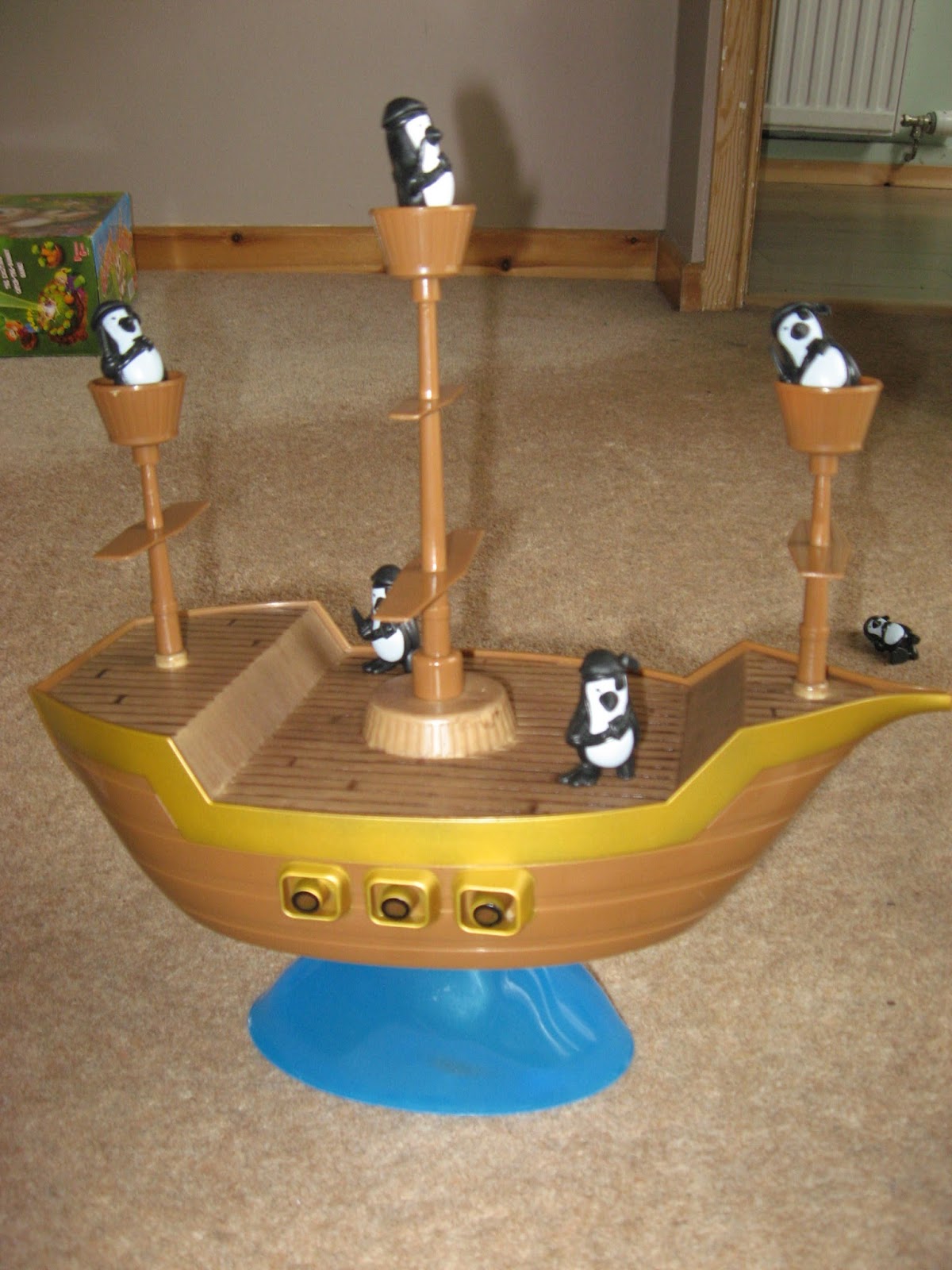 We had fun playing the game, Little 2 lost interest quite quickly but she is a bit too young for it anyway, Little 1 and I played it a while and had a great laugh. She continued to balance the penguins on the ship herself after I had stopped playing and was concentrating very hard, great for her manual dexterity skills and concentration. Little 2 had a little game going with the penguins on the carpet too. 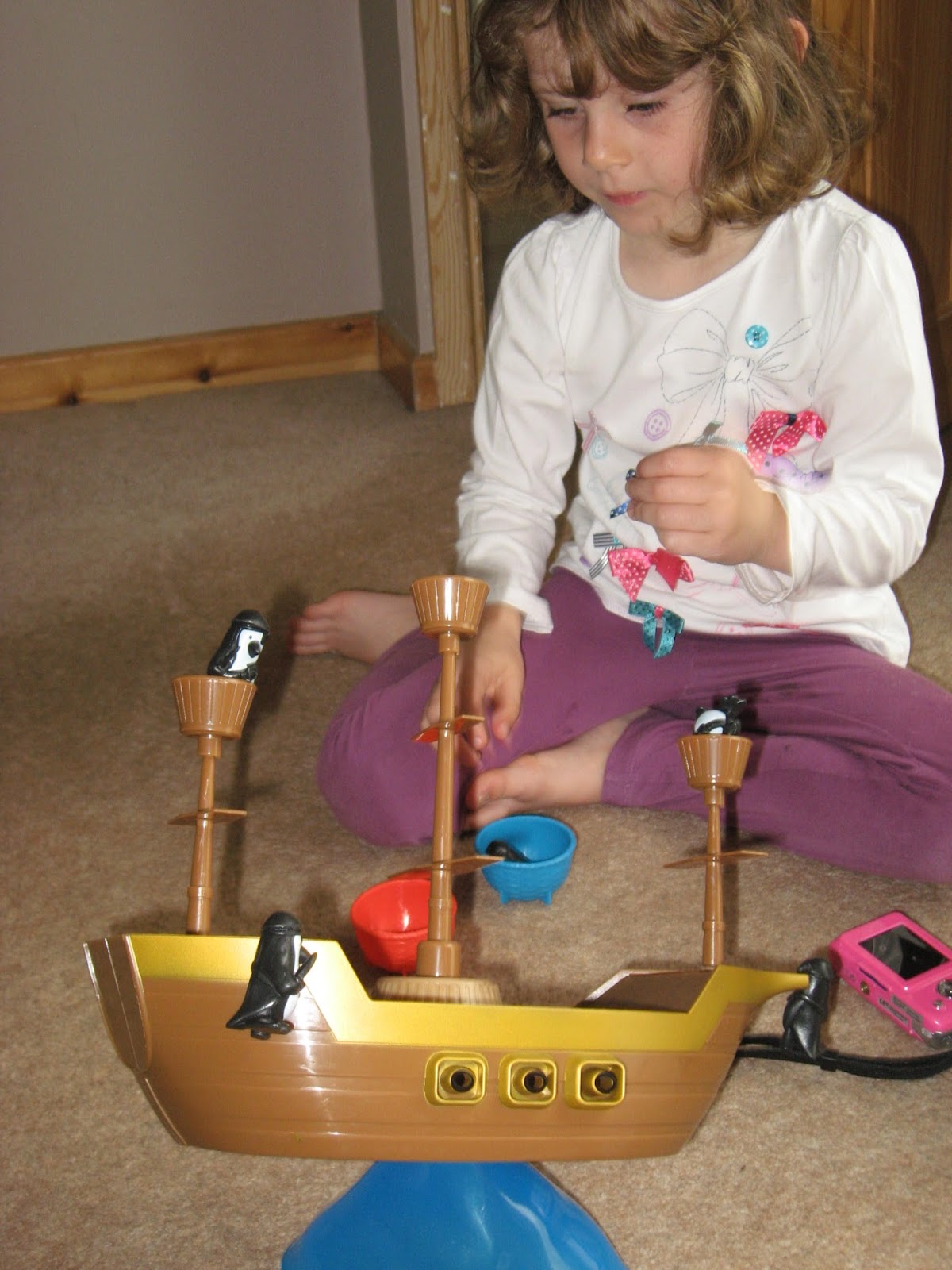 Don't Rock The Boat is suitable for 2-4 players and is available at Toymaster, Argos, Toy's R Us, Amazon and Smyths SRP£14.99.

These games will both be coming out at half term when we have friends to play, I think they will keep the children occupied a while!

We like to play games in our house, in the evenings with friends, at Christmas time and now with the girls too, when do you play games in your house?

N.B We received both Bunny Jump and Don't Rock the Boat in return for this post.
at 10:47 pm
Email ThisBlogThis!Share to TwitterShare to FacebookShare to Pinterest
Labels: games, little ones