They come from a magical place called Shnook Brook where a rainbow meets a waterfall.... have you heard of Shnooks? 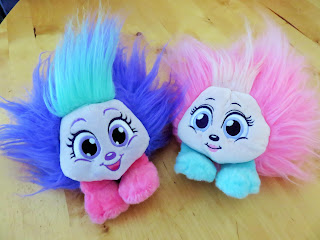 Shnooks were first launched in 2008 and have just been relaunched to coincide with a new tv show being released later this year. 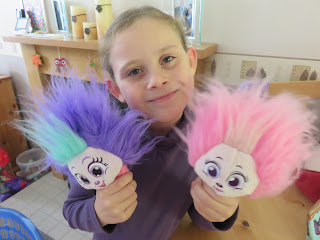 The cute cuddly toys arrive in fairly flat packaging in a flat bubble (so would be a great, easy to post christmas gift) then once you open the packaging you just give them a good shake and watch them fill out. The packaging states they expand to eight times their size, their hair goes wild and sticks out a lot but the actual toy just expands around 3 x as it comes into contact with the air due to being vacuum packed so it didn't get as big as I had imagined it would, however the girls didn't seem to notice their size. 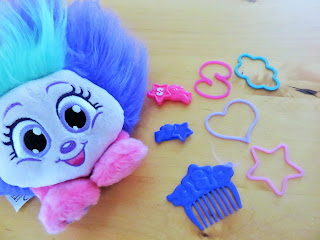 Each Shnook comes with a comb, two hair clips and 4 hairbands to use in styling their fluffy hair (or in your own). After giving their Shnooks a good comb from being vacuum packed the girls had fun brushing and repeatedly styling their hair, the hair does come out a little on the comb and tends to get wrapped around the bands if they are not taken out carefully as it is rather fluffy but there is plenty of hair on the toy so is not a problem. 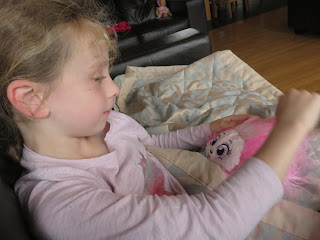 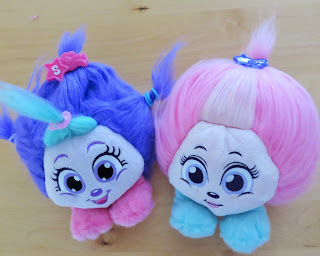 There are 6 Shnook characters to collect, each with different coloured hair, we received Shay and Shnuggles but you can also get Shmiley, Shine, Shweetly and Shazam. Each Shnook has a different logo on it's foot too, which the girls liked. 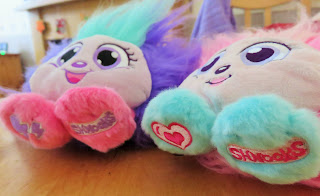 Our Shnooks arrived the day we went on holiday and so I took them with us and gave them to the girls while we were away, they loved them and took them to bed, played with their hair and treated them like dolls but I do feel they have limited play value, neither girl has really touched them since we got home but have put them in their rooms where all their special toys go. 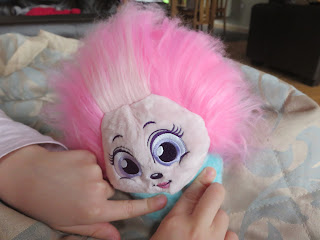 Shnooks have an RRP £7.99 and would make a cute stocking filler or little 'easy to post' christmas gift for anyone who loves doing a toy's hair, once the show is released I am sure they will become very popular too.

N.B We were gifted our shnooks in return for this review, all opinions are our own honest thoughts.
at 10:56 pm
Email ThisBlogThis!Share to TwitterShare to FacebookShare to Pinterest
Labels: review, toys