A visit to Snowshill Manor and gardens

When the sun was shining last weekend we decided to get out of the house and go exploring for the day. We packed a picnic and opened our National Trust handbook to see where we could go nearby, we chose to head to Snowshill Manor and gardens somewhere we hadn't explored before. A Tudor manor house owned by the collector Charles Wade and used to store all his collections while he lived in the priest house in the courtyard. 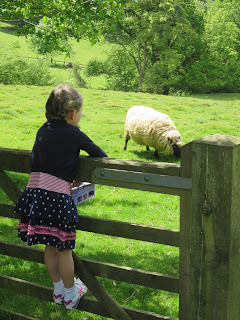 We arrived in time for lunch and had a picnic on the tables near the overflow car park while Little 3, having napped all the way there, burnt off some energy chasing his sisters around the bushes and trees.

There is a short walk to the manor from the car park (but also a buggy service if you need) that the Little Ones enjoyed in each of their own typical ways. Little 1 walked along with Daddy or I and took the opportunity to stand or climb on everything we passed, a bench, a tree stump, a dead tree, always hurrying to get to the next thing for a brief play before slipping her hand back in ours. Little 2 was either way up front or far behind everyone else, running ahead to stop and look at the sheep or climb on a gate but then lingering long after everyone had passed until we called for her to come, only for her to speed past seconds later to seek her next thing of interest. Little 3, he just runs, now old enough not to need a pushchair, he just throws you his cheeky grin and runs that cute toddler run sending oncoming people darting out of his way giggling as the girls try and grab him until we catch up. 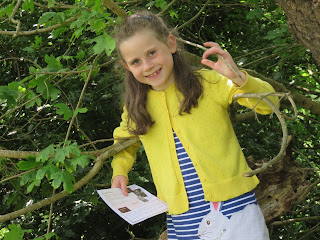 Although not one of the biggest national Trust properties Snowshill had plenty for us to explore, the Manor house, Charles Wade living quarters, a model Cornish fishing village and beautiful walled gardens. The main house has timed entry (a two hour slot) so we had to wait a short while until we went in, but in the courtyard there was plenty to keep the Little Ones occupied. 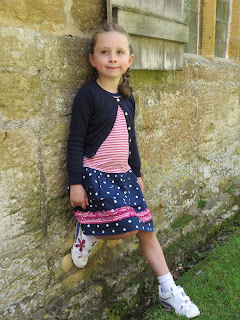 In the courtyard there were rooms made up to look like they would have when Charles Wade lived there, a bedroom and bathroom up an outside flight of stairs and a kitchen area underneath and a mock up WW1 bunk room. 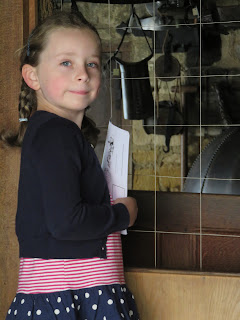 Little 2 spent absolutely ages staring into the priest's kitchen area, and when I say ages I mean a good 10 minutes, lots of people came, stood beside her, smiled at me (at her just standing there looking) and moved on. In the end I had to get her to move off the step stool so other children could have a look. 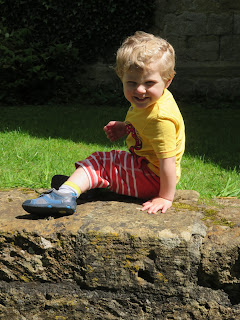 Once the Little ones had tired of history they turned to bug hunting, looking under bushes and around the paving, Little 1 found a woodlouse and Little 2 was pleased to find a small millipede, they all spent a while handling them and watching them running along the wall. 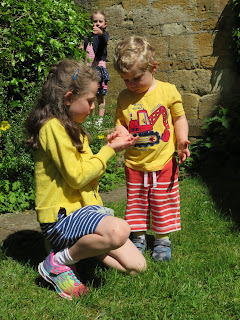 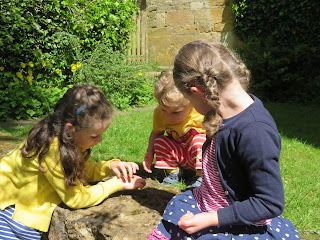 Our attention then turned to exploring the gardens, several small walled gardens up and down stone steps with walled storage areas, a miniature model cornish village, a dove cote, a fountain, and a pond. We explored for quite some time and I took the opportunity to play around with my camera and take plenty of photos of the Little Ones. 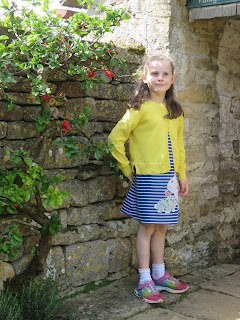 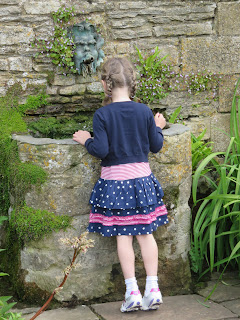 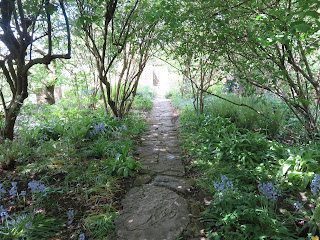 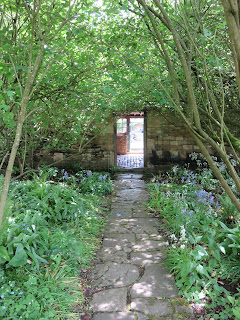 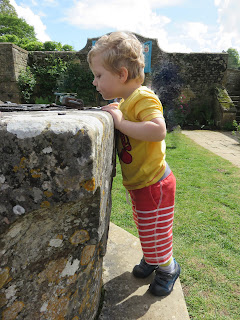 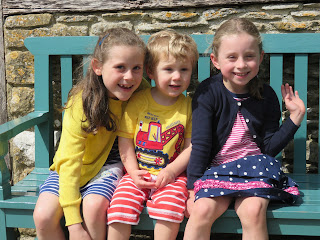 The children had so much fun wandering and exploring that suddenly 2 whole hours had passed and it was well into our slot for the Manor house. The house was full of Charles Wade's collection, most of a Japanese and Chinese origin. The Little Ones had been given a trail sheet to search for objects in the rooms and collect stickers from the room guides which they enjoyed searching for. 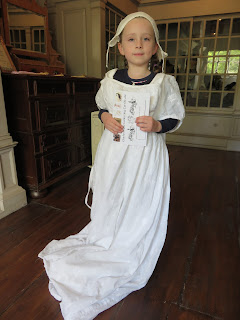 As we looked around there was some dressing up clothes for the Little Ones to try on and several rooms had little things that the children were allowed to touch too, great for Little 3 who wanted to poke everything. 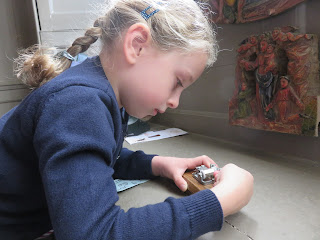 Little 2 was particularly enchanted by a tiny musical toy that played happy birthday as you wound it and Little 1 enjoyed doing shadow puppets with the aid of a helpful guide and a torch.

We then suddenly realised it was past 5pm and we had been there over 5 hours, everyone had enjoyed lazily walking around and pottering around the house and gardens, time to get the children home for tea. There was a little maze halfway up the walk back to the car which encouraged the girls back up the hill.... 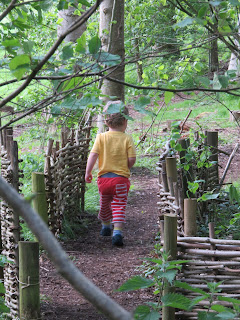 ...and Little 3, well, he ran all the way back up the hill to the car!
at 11:11 am
Email ThisBlogThis!Share to TwitterShare to FacebookShare to Pinterest
Labels: days out, national trust