A picnic lunch anyone?

The Little Ones love nothing more than having picnics and tea parties, indeed I have written about them several times before. Now that Little 3 is 26 months old he totally gets role play and joins in with his sisters as they set up extravagant tea parties with their toys and get the whole family involved in their games. 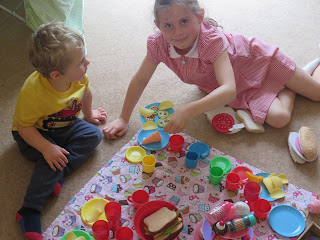 'Anyone fancy a sandwich?' is a line I have heard repeatedly over and over again this week from the Little Ones. You see they have a new addition to their play kitchen in the form of a felt sandwich set as part of our role as Magic Fairy Wings Ambassadors. 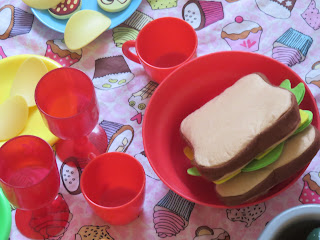 In this set (priced at£14.99) came 2 slices each of brown and white bread, a sub roll and a pitta pocket with an array of sandwich fillings, egg and bacon, cheeses, sliced meats and salad (33 pieces altogether) to dream up the best of lunches. 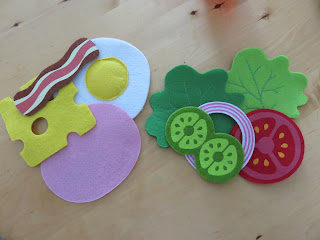 The Little Ones have had great fun making sandwiches of all combinations for their picnics and play parties this week. Little 1 who at 7 and a half gets a little bored sometimes playing basic role play games these days but at the same time she still wants to play with her younger brother and sister who will play games like this for an hour of more. 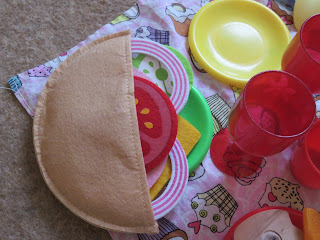 I came up with the idea of a sandwich shop, together Little 1 and I created a menu on the computer and printed lots of copies out so that she could take orders and write on them. We had added simple prices to the sandwich filling options and dug out the play money and till. She then spent an entire afternoon taking orders, adding up her sums and giving out change while Little's 2 and 3 were her willing customers. Role play and mathematics too, great. 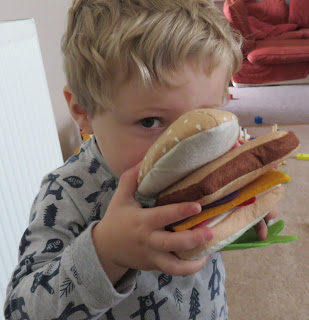 This set is just one of the things that Magic Fairy Wings has to offer so do take a look, you can also check them out on Facebook.com/magicfairywings or on twitter as @magicfairywings.

at 7:51 pm
Email ThisBlogThis!Share to TwitterShare to FacebookShare to Pinterest
Labels: review