We all know the story of 'The Sheep Pig' by Dick King-Smith, where Babe the gutsy little pig lands himself on Farmer Hoggett's farm and after being adopted by 'Fly' the sheep dog becomes determined to become the first Sheep-pig. But does he succeed? 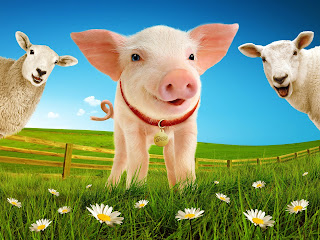 Well, this year Babe, The Sheep Pig, is arriving on stage in a major UK Tour. Adapted from Dick King-Smith's much loved novel which inspired the Oscar winning film in 1995, it is sure to be a great show for the family.

Featuring stunning puppetry, an original score and an utterly charming 'baa-ber sheep' quartet, it tells the story of the loveable Babe in a heart-warming tale of friendship, adventure and bravery. 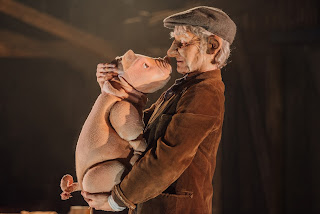 Babe, The Sheep Pig will be shown around the country from right now in London until September 2017.
at 1:01 pm
Email ThisBlogThis!Share to TwitterShare to FacebookShare to Pinterest
Labels: giveaway