The girls have been working so hard at school since September and Little 3 has taken starting nursery in his stride that we decided we wanted to give them a little treat this Christmas. So when I spotted an advert for Winter Wonderland at Wookey Hole Caves in Somerset we decided that we would surprise the Little Ones with a trip. 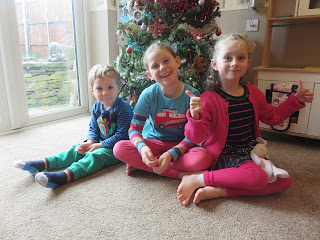 We booked onto the Winter Wonderland package, a night in the Wookey Hole hotel, breakfast with Santa and a day at the caves and attractions, I knew the Little Ones would be really excited when they found out.

Fast forward to the day of the trip and in the post arrived a letter addressed to each of the Little Ones inviting them to go and see Santa at the caves, they were super excited with Little 3 jumping up and down fists in the air (this is the first year he has been old enough to understand Father Christmas) and they couldn't wait until we set off. We told them that we could leave mid afternoon after running a few errands and while they were busy I slipped our overnight things into the car (as we couldn't check in until later that afternoon).

When we arrived it was beginning to get dark and so I thought it was best to fill the children in, when I told them we would be staying in the hotel next to the attractions they were thrilled. We visited Wookey Hole a couple of years ago when on holiday in the area and Little 2 has repeatedly asked if we can go back again so she was especially excited.

We stayed in a superior room which was huge and had plenty of room for all 5 of us even with two beds for the girls and a cot for Little 3, despite there being lots of other families with children there it was really quiet and we were impressed.

Getting three excited children to sleep in one room can be quite a challenge and while Daddy opted to hide in the bathroom on his phone until they fell asleep, I opted for more comfort and hid under the duvet with mine instead! Little 3 was out like a light but the girls took quite a bit longer as they were so excited!!

We all slept well and headed down to breakfast in the morning, Father Christmas was there greeting the children, when we got to the bottom of the stairs and Little 3 saw him he went running and gave him a huge hug on his leg, it was so lovely to see my small boy looking up at him with such a smile on his face.

Soon it was time for the attractions to open and we headed off on a tour of the caves first. 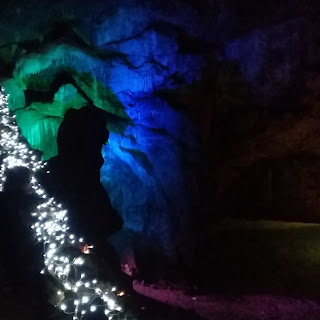 First I have to say that I made a little oops in the haste to secretly pack a few overnight things and that was forgetting my big camera, so all the photos in this post are taken on my phone and the ones in the cave itself didn't come out well in the dark light.

Our tour guide Sasha told us all about the caves which were lit up with thousands of lights including a christmas tree and grotto for the season. We visited a new cave that they had tunnelled to which hadn't been there the last time we had visited and heard about the legend of the Wookey Witch. 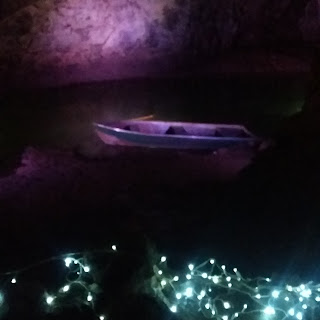 Fresh out of the caves we headed along to visit the reindeer that were resting on the hillside ready for their upcoming big day. 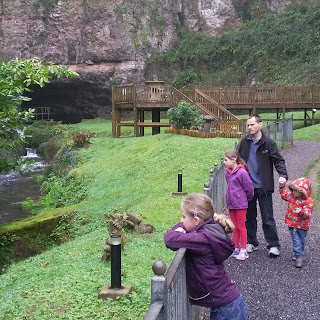 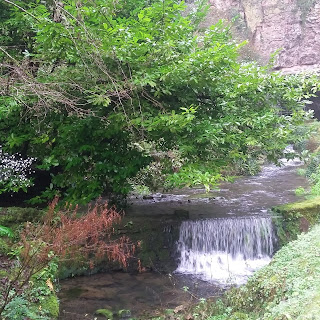 And then it was onto dinosaur valley, we had a wander and the girls got up to a little mischief! 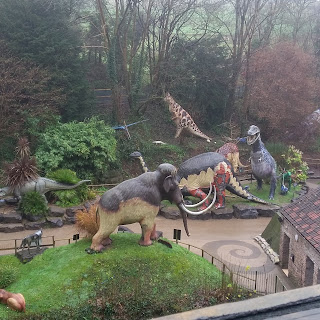 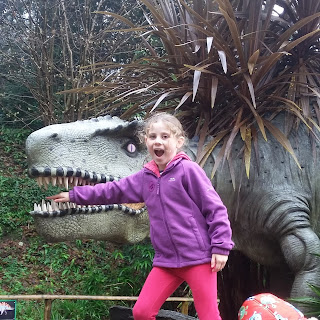 Little 3 however wasn't overly impressed by his sisters antics and just wanted to know what each one was called, he didn't even want to have his photo taken. 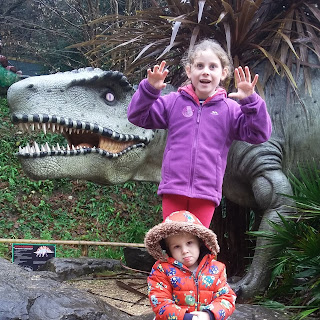 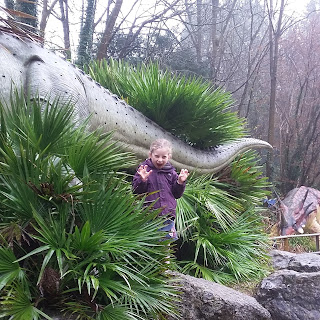 It was still quite early in the day and the park was beginning to get busier so we headed to Pirate Crazy golf next in the hope of avoiding the queues, it takes quite a while to get round with the Little Ones and Little 3 can be rather dangerous with a golf club sometimes! Although having said that he did play very nicely this time and found his own way around the obstacles! 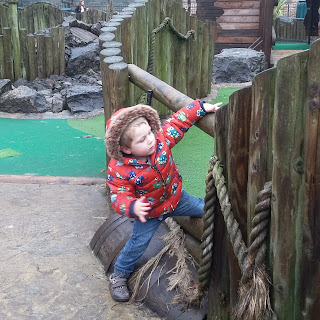 It began to drizzle and so we headed indoors to the soft play to refuel and the Little Ones spent some time burning off their energy chasing each other through tunnels and up and down the ramps.

Soon it was time to head to the theatre for the circus show, that was the thing we had most enjoyed when we had been last time and we were not disappointed, the performers were so talented and the show was great from beginning to end. 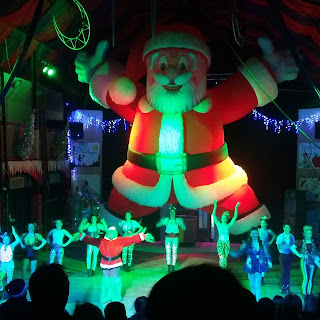 Then came the part the Little Ones had been waiting for, our slot to see Santa, we arrived mid way through our slot and were pleased that the queue had almost gone in the waiting area, once through that it was into the winter wonderland where we queued for around 40 minutes before taking our turn. It was the first time Little 3 had seen Santa properly and he was happy to sit next to him and answer his questions, I did take a few photos but they did not come out at all in the dimly lit room. 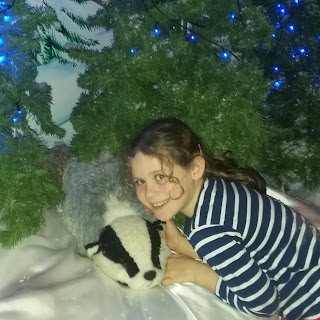 The Little Ones were pleased with their gifts but the only downside was that they were the cheapest of cheap toys, Little 2's was a plastic mushroom house which was broken on getting it out the packet at home and the following day it smashed when it fell off the table while she was playing with it causing a huge amount of upset (definitely not childsafe), the other two's toys are ok but will not last long. I think they would have been far happier to receive something like a colouring book and pencils than those cheap toys which break. 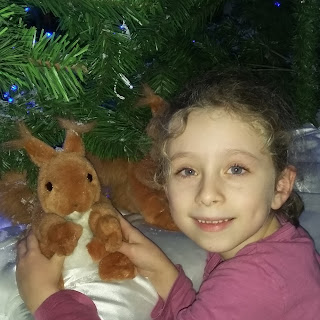 After exploring the museum bits and paper mill we popped into the 4D cinema and watched Santa's Sleigh ride before deciding that it was time to go home, it was beginning to get dark and we had an hour and a half drive ahead of us. 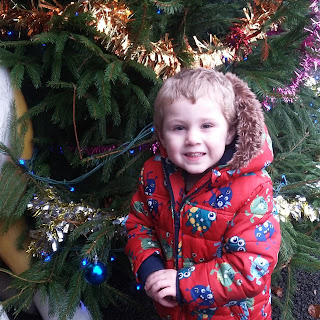 We all enjoyed our day out and the Little Ones had loved their surprise trip away, there were actually tears in the car as the girls didn't want to go home and Little 2 said she wanted to stay and live in the hotel! Have you done anything special this Christmas?
at 12:00 am
Email ThisBlogThis!Share to TwitterShare to FacebookShare to Pinterest
Labels: christmas