The Little ones play Robin Hood at Carew Castle

In the past 18 months or so the girls have shown a lot of interest in buildings, houses and castles and having driven past Carew Castle a few times on holiday when getting back to our caravan the Little Ones were keen to go.

It was a damp and dreary looking morning in Wales but the weather app promised better weather to come  so we donned the layers and raincoats and headed to Carew Castle. 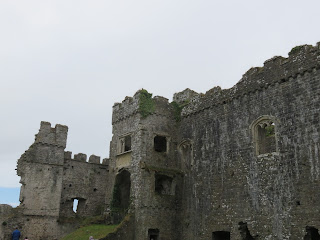 We headed inside the Castle first to escape the drizzle, and began to explore and climb the windy staircases, the girls were imagining being princesses and locked up in the tower as well as pretending to be Robin Hood and Maid Marion. By the time we had looked around it had stopped raining and had began to brighten up. 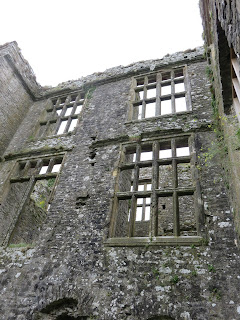 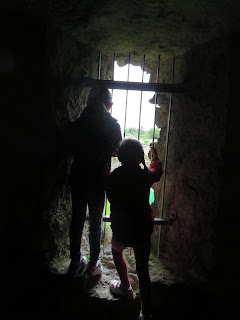 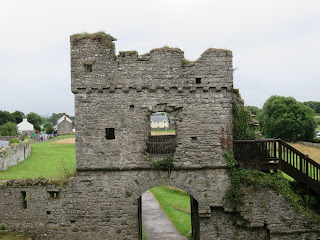 With it being the summer holidays there was plenty laid on for children, the girls took part in a craft activity to create their own foam lance and face mask although Mummy and Daddy ended up doing most of the lance making. 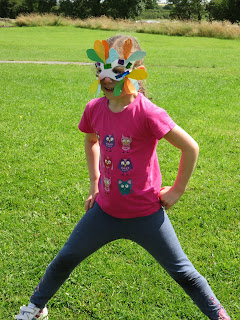 There was a Robin Hood event going on too. We saw several people dressed up and at the front of the castle there was an archery range set up where you could pay to have a lesson, from Marion herself! There was also a fun children's learn to sword fight class and later on while we were having our picnic we watched a group of children running around and hiding pretending to spot enemies and learning how to call using grass and owl sounds although we didn't see any information about either of these so we unfortunately missed them both. The girls didn't mind though, they were too busy pretending to be Robin Hood and lance fighting in the grassed over moat!! 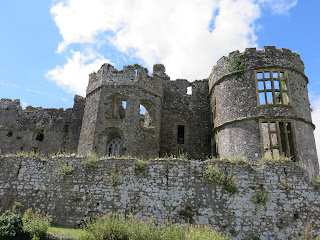 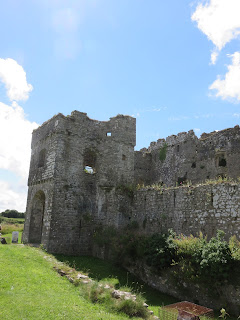 In the afternoon the weather brightened up and the coats and cardigans were shed. Carew Castle also has a huge tidal mill and very large millpond attached to it so we were persuaded into buying some icecreams by the girls and walked the pleasant short stroll around the millpond to the mill. 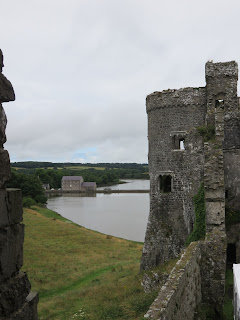 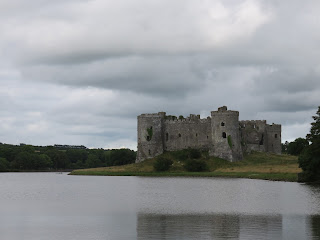 The millpond is tidal and one of the best crab fishing spots in the area, so they say. There were lots of people crab fishing along the bridge, they had caught quite a few big ones, the Little Ones took time to watch and inspect all the buckets but were not keen to have a go themselves.

We headed into the Mill, it is not in operation anymore but the machinery is still there and has been restored along with an exhibition and interactive displays the Little ones enjoyed. It was interesting to look around and see the water wheel under the building. 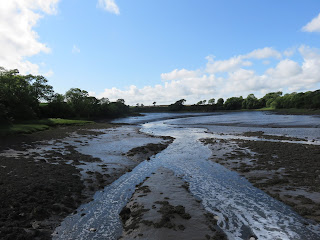 The Little Ones favourite part was making their own flour from wheat provided and they got to take home a little bit in a bag too. 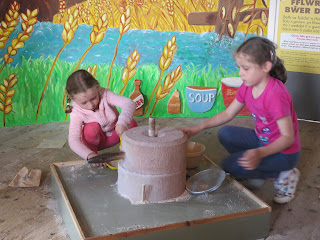 We spent most of the day at Carew wandering around the castle and mill, having a play and a picnic and strolling around the millpond, it wasn't that expensive to get in either, we paid £13.50 for a family ticket, a great day out was had by all.
at 9:00 am
Email ThisBlogThis!Share to TwitterShare to FacebookShare to Pinterest
Labels: days out, holidays, little ones