The Little Ones go wild at Wild Place, Bristol

Those of you that know the Little Ones know that they never sit still, all three of them love nature and animals and that they are at their happiest when they are free to run, play, explore and get close to nature.

Not far from us is 'The Wild Place Project', somewhere we had not yet visited despite it being seconds off Junction 17 of the M5, well this week the Little Ones got invited to the official photo session for the opening of their new exhibit- Gelada Rocks.

The Wild Place Project is a little different to a normal zoo, it hopes to inspire families to enjoy nature with its emphasis is on outdoor adventure, play and learning. There is plenty to do at Wild Place for young children and as well as exploring and playing there are animals to see too. Wild Place is working towards protecting threatened habitats around the globe. 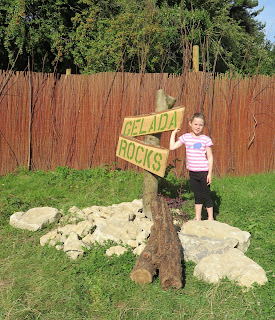 We rocked up bright and early before normal opening hours and headed over to the new exhibit where we met the project's director. The girls were eager to see the Gelada baboons and were not disappointed. We watched as the baboons ate, chased, groomed one another and chatted in their funny language. 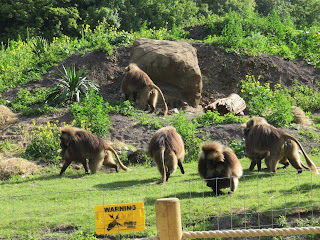 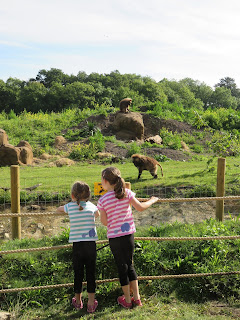 Then while the Little Ones went off to play like baboons on the play rocks we got chatting to the director who told us all about the baboons and Wild Place.

Wild Place has been open 2 years now and while they have achieved a lot in those 2 years they still have access to an enormous amount of land and some big ideas to develop it so each time you visit you never know what more you might find. 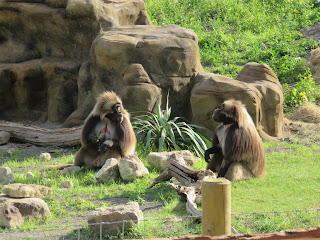 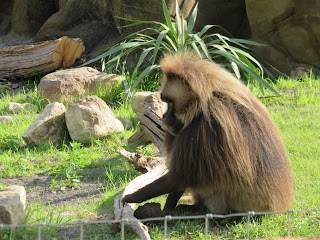 Eventually it was time to stop watching the baboons and head off to see what the rest of the park had to offer, but first we had to prise the Little Ones off the play rocks. 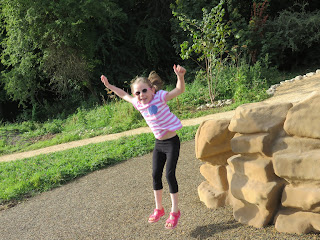 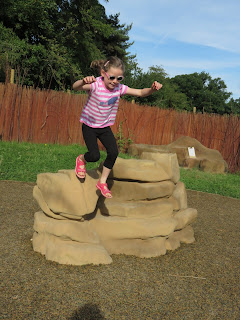 Even Little 3, who loves to climb, was safe on the lower ones and pleased when he reached his sister at the top. 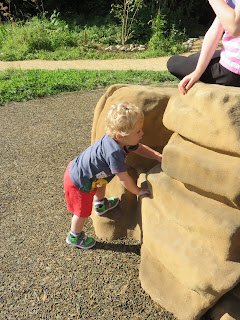 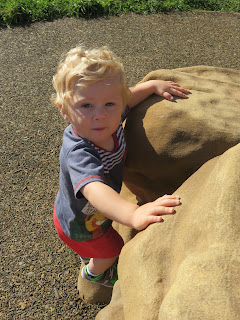 The Little Ones didn't want to stop playing and look around but the great thing about Wild Place is that there is somewhere to play around every corner. Walking back along the path from the exhibit there was a den building area and then some balancing beams, over/under bars so we stopped at each of those while the girls played before we coaxed them along to the next bit. Soon they were running ahead looking out at what was next to find and play on while we caught up and looked at the animals in between. 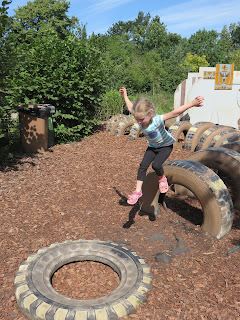 By this time it had been AGES since breakfast and so we popped into the cafe and  tucked into coffee (for Mummy and Daddy) and yummy huge chelsea buns and muffins, perfect for a refuel before hitting the play fort and swings.

One of my favourite animals is a Meerkat, but who doesn't love them. We stopped and watched these little guys for ages listening to a talk and watching them get fed, it was great to have glass around the enclosure so Little 3 could easily see in from the pushchair and there was a sand pit for the Little ones to pretend to be Meerkats themselves too. 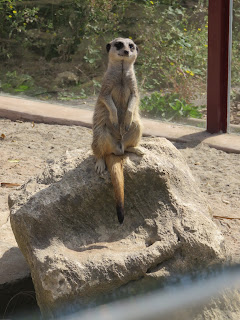 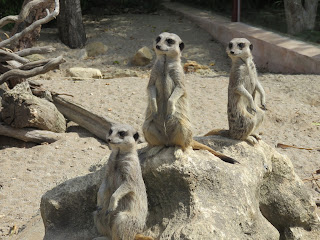 The barefoot trail was a huge hit with the Little Ones, remove your shoes and follow the circular trail over slabs, straw, bricks, logs, pebbles, safety glass among other things and finally into the mud (there is a tap to wash muddy feet). The girls kept wanting to go back over and over. 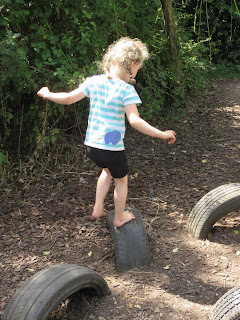 Little 3 took a lot longer to get around as he stopped to sit in most of the pits to pick bits off his feet and inspect what he was standing on, as soon as he stepped into the mud he went on his tip toes and wanted to get out but the girls loved running up and down in the mud pit. 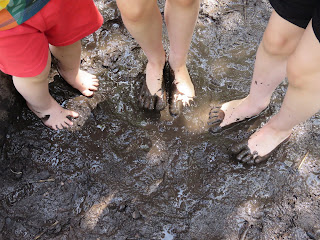 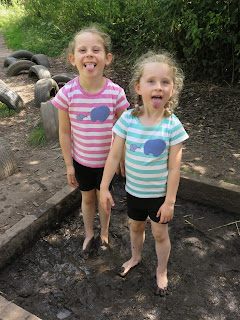 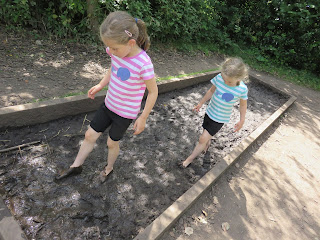 As we wandered around we saw a donated Chelsea garden, a maize and a butterfly maze, information about declining forests and displays about helping other countries become self sustainable. Much of it was physical so there were things for the children to touch and look at not just lots of signage. 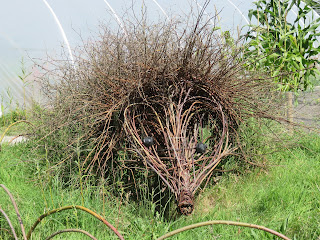 The Wild Place Project is home to a number of different animal species, they all looked happy and content with plenty of space and places to hide away from the public in their enclosures. We even managed to spot a tiny newborn Okapi which is part of the giraffe family with huge ears and a stripy rear. I can't remember having seen one of those before and we have been to a fair number of animal places. 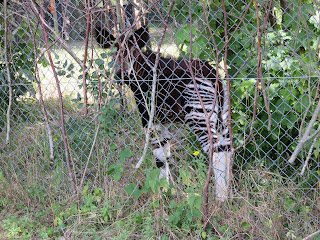 We had our picnic lunch in a lovely field which had been opened up, we sat under a shady tree and the Little Ones had a run around too. One thing I liked about 'Wild Place' was that there were lots of places to sit, there were benches and picnic tables around every corner and a couple of open grass areas with logs to play on or similar. It felt like we were being invited to just come and take a seat and have a leisurely lunch while the children played. 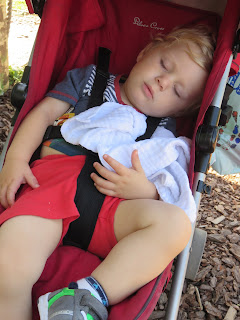 After lunch Little 3 gave in to tiredness and had a snooze while the girls climbed a fallen tree to get a better view of the wolves. Little 2 climbed all the way to the top spindly branches (with daddy ready to catch her) while Little 1 sat gingery lower down. 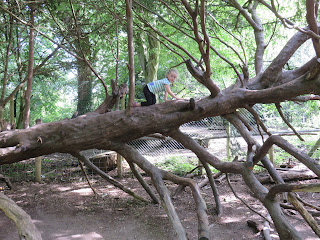 We all enjoyed walking around the lemur exhibit, after leaving the pushchair outside, we were within inches of them. Little 3 enjoyed watching some eating while I cooed over 2 tiny twins as they practiced climbing and jumping all over their parents. 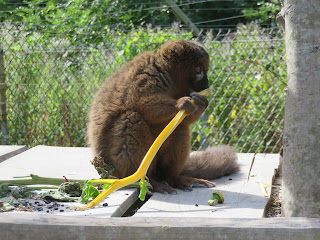 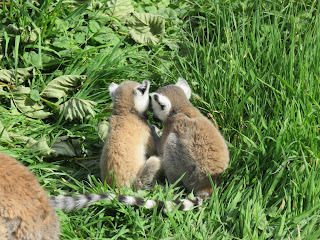 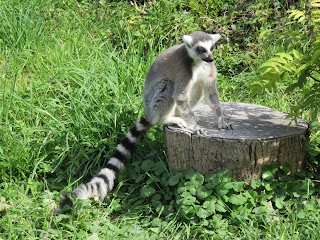 We spent the whole day at 'Wild Place; watching the animals and letting the Little Ones play several times on all the play things. It was a great day out for us, the Little Ones were thoroughly shattered and all fast asleep in the car on the way home.

N.B We received complementary entry to Wild Place in return for this post however all views are our own honest thoughts.
at 12:28 am
Email ThisBlogThis!Share to TwitterShare to FacebookShare to Pinterest
Labels: days out, little ones, review