Looking at Lilies at Stackpole

We visited Stackpole about 4 years ago on another holiday and walked around Bosherton lakes, the famous lily pond and across the headland down to the sea spending the day there admiring the views, playing on the beach and hunting for wildlife. This time we went for an afternoon stroll, parked at Stackpole Court and walked down along the lakes down to the lily pond and the famous bridge.

Stackpole is part of the Pembrokeshire coastline, a large area originally about 12,000 acres comprising of farms fields, coastline, woods and lakes as well as the lost Stackpole House. The Stackpole estate is now much smaller with much of what remains having become part of the National Trust which now manages the woodlands, lakes and coastline.

Apologies for the pictures in this post most of them have been uploaded from my phone as I didn't take my camera that day.

We headed through the wood from the car park and found ourselves looking at old buildings which looked like they could be holiday cottages in a large grassy area which I believe used to be the old Stackpole House. The children found some swings and had a short go before we started walking down to the lakes. 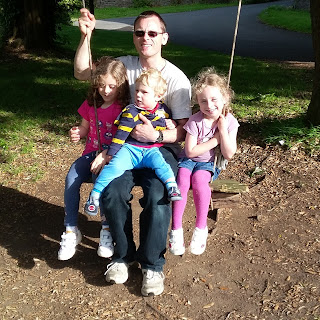 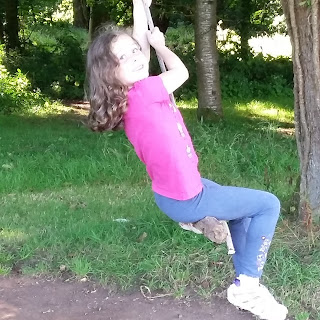 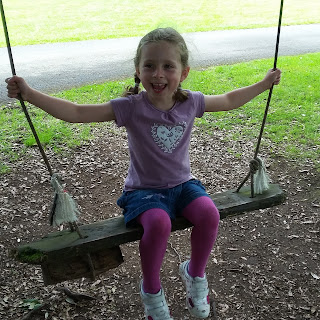 We followed the path down along the lake, looking out for wildlife. We spotted several herons, ducks and birds too. There are apparently lots of otters in the area and although we didn't see any I did hear some otter barking sounds coming from underneath where we were standing at one point. 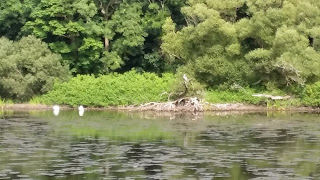 Following the path down, the Little ones playing with sticks and climbing muddy banks, we reached the bridges heading across the headland and down to the sea. After a short sit down we continued on down to the lily pond and bridge to take in the view. 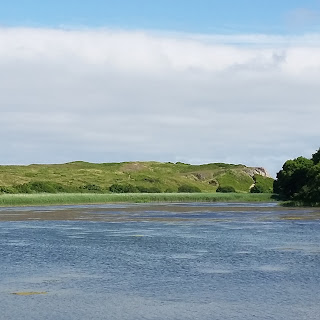 The lily pond bridge is famous as there are thousands of lilies growing around it, the view is amazing and so beautiful. In winter the water level in the reserve rises so that the bridge is impassable and all that can be seen is a bit of the fence and in the heat of the summer the water level drops very low and the bridge can be meters above the water. This time there was still a fair amount of water compared to last time we visited when the water was very low. 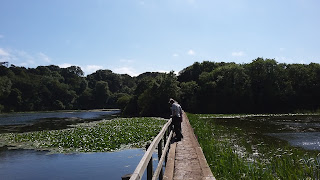 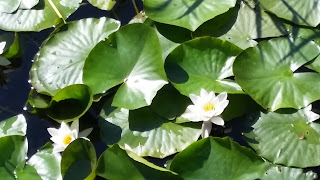 There were lots of fish in the lake and shiny water beetles too. We watched them for a while then began to head back up, Little 3 was rather tired and nodded off in the pushchair. 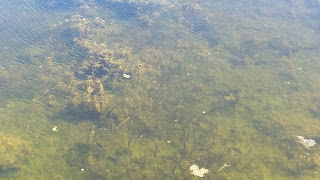 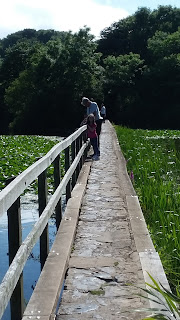 Once we were back up, it was coffee, squash and cake all round while Little 3 ran around the grass exploring and the girls took turns on the swings. 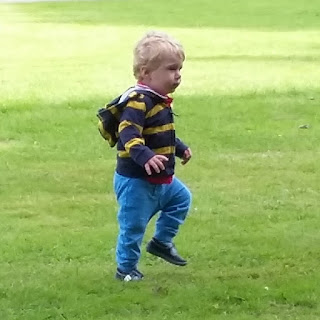 We only walked a couple of miles on what is a huge estate, there are many car parks in different places and with the beach, headlands, lakes and small towns there is lots to explore, we will certainly go again next time we are in Pembrokeshire. 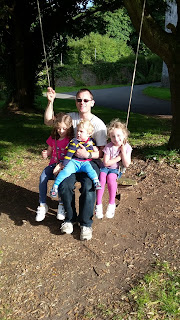 at 10:31 pm
Email ThisBlogThis!Share to TwitterShare to FacebookShare to Pinterest
Labels: holidays, little ones, national trust, out and about