With Daddy having a few days off this week we have been out and about every day, we have been on several walks, an animal park and swimming and cycling too. Being National Trust members we are able to get into their places as part of our membership so we often just pick up the handbook and see what is nearby that takes our fancy.

This time we picked Dyrham Park near Bath, we threw together a picnic and all headed out. Dyrham has a large house and gardens but also has a huge area of land with lots of large hills perfect for running and rolling down.

After stopping for lunch when we arrived and walking down the LONG drive the girls were off running and rolling down the steep hills and banks, with Little 3 in tow Daddy and I just couldn't keep up with them. There was lots of giggling, laughter and Little 3 running as fast as he could making that kind of jiggly shouting noise as he followed them his feet hitting the ground hard as toddlers do. 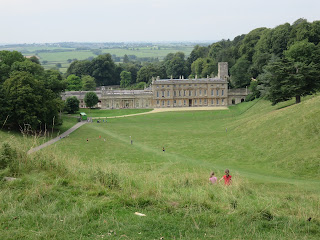 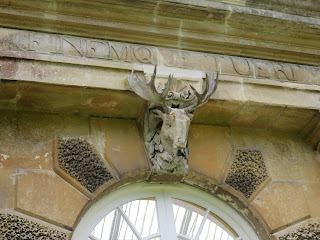 We took time to look around the house and greenhouse and began to wander around the gardens. 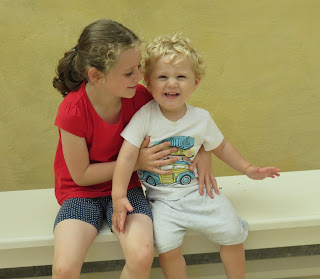 I took this picture of Little 1 and 3 in the greenhouse, it pretty much sums them up to a tee right now. Little 1 dotes on her little brother and cares deeply about him. She doesn't like it if he is unhappy or grumpy and will pick him up and cuddle him or try to entertain him until he is all cheeky smiles again.

Little 3 is just a cheeky fun loving chap who loves to be the centre of attention, hold up the camera and he pulls his best smile and cheeky grin. I had hoped to take a nice picture of the three Little Ones but Little 2 would rather be in a photo by herself than with her brother and sister at the moment. 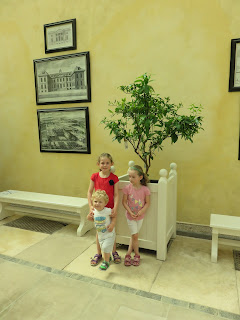 I did just about manage to get a shot of the three of them a moment later when they were stood together but no one wanted to stay still for a proper second shot so it wasn't very good. 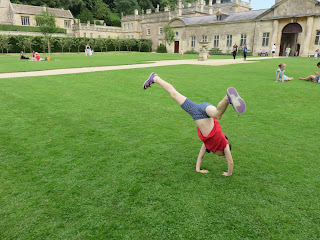 Little 1 has been perfecting her cartwheels lately and has just learnt to do round offs too. Every opportunity she gets she has been cartwheeling this summer and the gardens at Dyrham were no exception, thankfully today she had chosen to wear shorts rather than a dress. 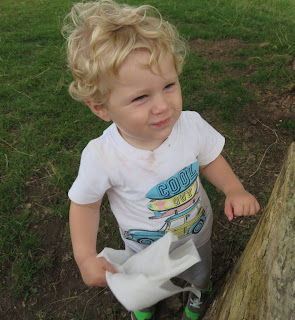 Cartwheels were closely followed by tubs of chocolate ice cream, Little 3 shared with daddy and I but still managed to get covered in it! After rolling down dusty hills and being all sticky he needed a clean up, luckily I had a pack of Johnson's top to toes wipes in the backpack, large and sturdy enough for even the messiest toddler and they smelt good too! 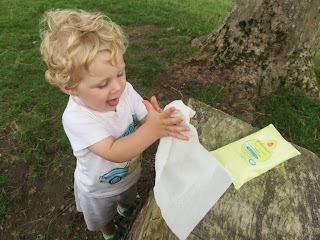 We continued exploring Dyrham, walking up to the church and the lost terraces, taking in the summer flowers and spotting wildlife. 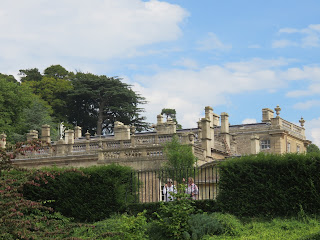 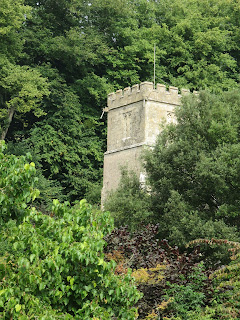 The girls, Little 2 in particular took great interest in the pond life at Dyrham, they spent quite a while lying on their stomachs looking into the water spotting water boatmen and bugs. Little 3 was more interested in the lone duck we found, quacking away at it! 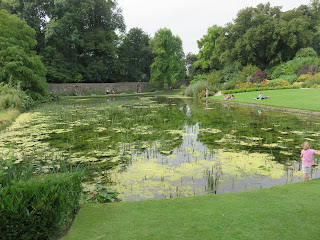 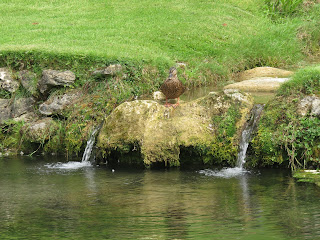 It wasn't long before it was time to head home for tea, it was a long steep walk back up the hill with the girls taking turns to hop into the pushchair while Daddy carried Little 3. Whilst Dyrham is not going to be one of our favourite places to visit we had a good time and I am sure we will visit again, it would look great in Autumn when the many trees are changing colour I bet.

N.B We were gifted a pack of Johnsons Top to Toe wipes for their inclusion in a blog post.
at 8:00 am
Email ThisBlogThis!Share to TwitterShare to FacebookShare to Pinterest
Labels: days out, little ones, national trust