The Little ones visit Bembridge windmill

When we visited the Isle of Wight recently we decided to take a trip to Bembridge windmill, which is owned by the National Trust. It was a dreary kind of day, we had had a leisurely morning having a bit of a lie in, well as much as you can with three little ones, and after a busy few days of days out we had spent much of the morning with the children playing happily outside the caravan.

The windmill was just down the road from where we were staying and seeing as we were national Trust members and with it looking like it was going to rain we decided to have a quick lunch and get out for the afternoon somewhere nearby. 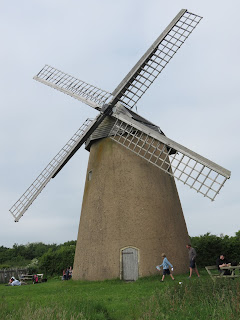 After parking in a layby (no parking at the windmill itself) and walking a hundred yards down a lane we reached the windmill. The children were welcomed by the cheery staff and given a little leaflet with a 'find the miller men' game where they needed to find the little men (who looked suspiciously like those from the old Uncle Ben's adverts!) hidden in the windmill and on the back was a 'design a miller man of their own' competition. Little 1 was also given a sheet for a wild flower quiz too. 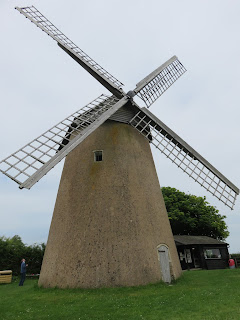 The windmill has 4 floors and there is obviously not that much room to maneuver inside with wooden beams and machinery around you. The steps inside are more like ladders that you have to come down backwards and so it was decided that Daddy and I would take it in turns to go in as it wasn't particularly safe for Little 3 inside running free and although at this point he was in the carrier strapped to my back I was concerned that I would knock his head on something accidently. 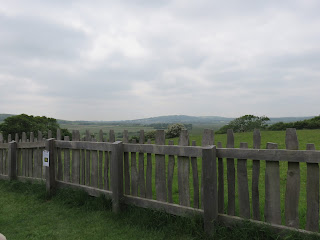 Daddy took Little 2 in with him and they were in the windmill ages exploring and looking for the miller-men. As it was half term there were a few activities set up around the perimeter of the windmill which were a hit with the girls. On the fence were clipboards with pictures of wildflowers and clues like where the plant grew and what its other names were etc, others had an anagram or multiple choice answer so Little 1 set off with her clipboard and got busy (with a little help from me) working out the answers.

There was a little area with logs to sit on and baskets of feathers, stones, bits of twig and shells etc for you to create pictures and signs sticking out from the long grass at one end of the garden suggesting things like doing some bird spotting and making grass trumpets which Little 1 liked running into the grass to read. Little 3 was in his element running around on the grass too.


Little 1 and I went to look around the windmill when Daddy had finished, she had a go at grinding with a pestle and mortar downstairs and then developed a sudden fear of heights halfway up the ladder to the first floor so she went back out while I had a good look around. I was a little uneasy reaching the 4th floor as it seemed quite high up and confined, there were two huge heavy wooden grinding wheels and hoppers up there, the floor was definitely bowing. I can not imagine the weight up there so I came down rather quickly too! 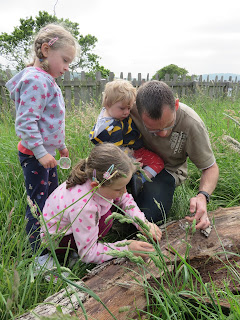 Outside the Little ones had found some bug collecting pots and magnifying glasses beside an old log and were hunting for bugs. As we looked under the bark we captured a few and had a good look at a spider, an earwig, a woodlouse and a grasshopper Daddy managed to catch. 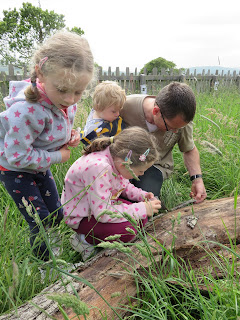 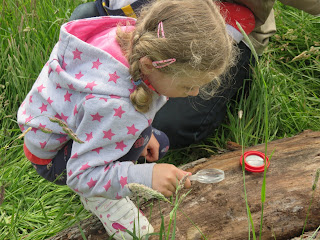 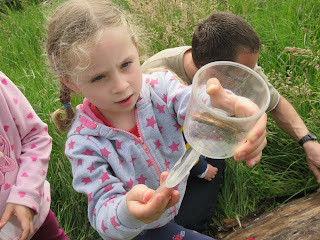 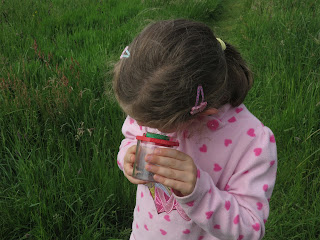 We had a lovely time at the windmill, looking around inside and doing the activities they had laid on for children, both girls designed a miller-man and we scored 9/10 on the wild flower quiz. We also bought the girls a little tub of ice cream as a treat and sat chatting about the bugs we had found while we ate. For somewhere we thought we would only be there half an hour we actually spent nearly two hours, so I'd say if you are in the area it is well worth popping by Bembridge windmill.
at 10:49 pm
Email ThisBlogThis!Share to TwitterShare to FacebookShare to Pinterest
Labels: holidays, little ones, national trust