Over the years we have had 2 Aquadoodle mats, Little 1 had a Toy Story one and it was so well used we had to get a second one for Little 2 who has a Colour Deluxe one, these have been used so much over the years that we had planned to get Little 3 a new Aquadoodle mat of his own for Christmas this year.

I love Aquadoodle, a mat that reacts with water, easy to use- just fill up the pen and get creative, no mess, no fuss and as soon as it is dry you can use it over and over again.

TOMY kindly sent us their exciting new Paw Patrol themed Aquadoodle to test out. The mat is surrounded by Chase and all his friends and is a good size for Little 3. 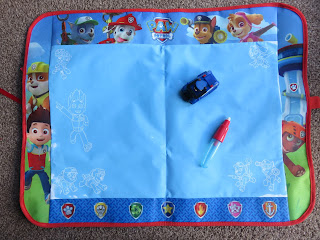 If you soak the bottom of Chase's police truck in water, and run him over the magic mat footprints appear. 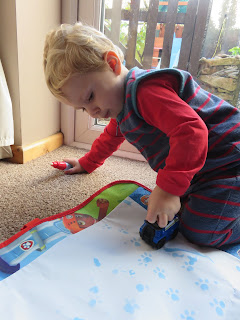 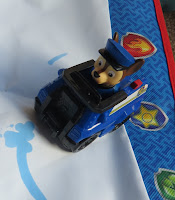 There is an easy grip Aquadoodle pen included too and as you colour the mat you discover the rest of the patrol hiding as well! 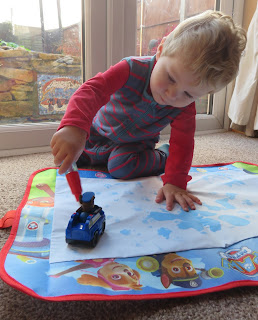 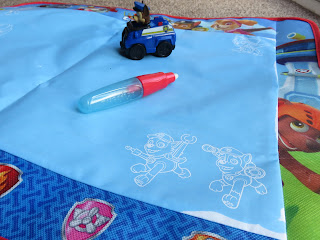 Once you've finished watch as the drawing dries and designs fade away, ready for the mat to be used over and over again. The mat dried pretty quickly so you can play with it continuously rather than having to wait to be able to use it again. 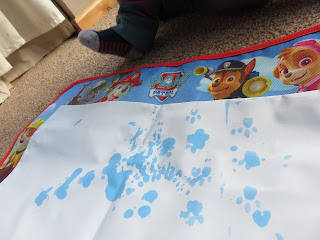 Little 3 loves his new Aquadoodle especially as he really loves cars at the moment and 'brumming' Chase along the mat seeing the footprints appear is great, although he is a bit perplexed at how they get there!

I love it too as it is easy for him to play with by himself or along with me and there is no mess to clear up, just make sure the pen is empty and the mat and car fully dry before you put it away.

The Aquadoodle Paw Patrol mat is suitable from ages 2+ years and RRP £25.99

N.B We were gifted an Aquadoodle mat in return for this post.
at 10:38 pm
Email ThisBlogThis!Share to TwitterShare to FacebookShare to Pinterest
Labels: review, toys