The Little ones go to Legoland

Last weekend we headed to Legoland Windsor as a treat for the girls, we had surprised them on Little 1's birthday with home made tickets telling them they were going a couple of weeks previously and they were really excited, they had been counting the sleeps and suddenly it was time to go.

An early start on the Friday morning saw us arriving at the park around half ten after a smooth journey but having been caught in traffic driving through Windsor park, the girls were so good in the car and Little 3 slept thankfully, he does not really do long journeys he is either asleep or crying bless him, I think he gets bored.

On arrival the girls were excited and shouting out what they could see and leaning over barriers and fences to watch the bigger rides as we walked down into the depths of the park. 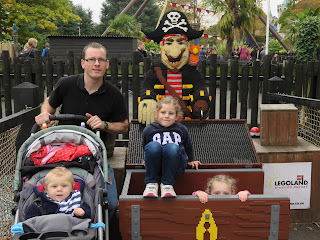 We spent the rest of the morning building mini pumpkin models and adding them to the halloween display, playing on the play area and tucking into our sandwiches while building lego in Heartlake City. 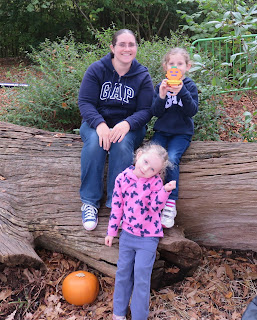 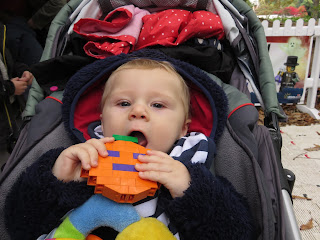 The girls sat on our shoulders and watched the Lego Friends show which they enjoyed and Little 3 miraculously managed to nap throughout the whole show! 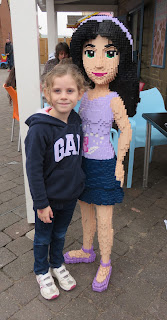 Daddy spent most of the afternoon queueing for a boat ride with the girls while Little 3 and I went for a wander, armed with a snack the girls were really well behaved in the queue which took an hour and a quarter instead of the 40 minutes advertised but they had really wanted to go on that boat. I ended up missing them taking their turn as I had decided they were going to be a while yet after popping back to see where they had got to in the queue and sat down to feed Little 3, only to see them getting off the ride as I popped him back in the buggy to go and watch them have their turn. oh well, they were all smiling.

Luckily that was the biggest ride wait of the weekend and the rest were only a few minutes or so, the girls both enjoyed driving a lego car and being in control of a helicopter. 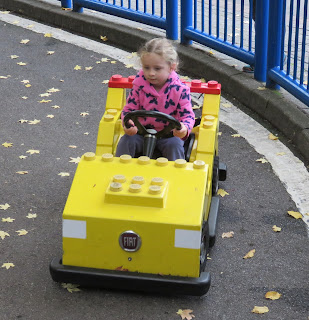 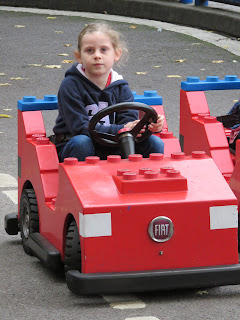 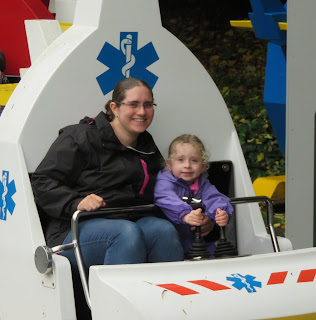 After a night at our hotel where we ended up playing musical beds (who thought two double beds in a family room was a good idea), with two small girls pretending to snore and giggling/poking each other each other until Daddy swapped places with Little 2 who then spent the night sleeping like a starfish next to me, how can someone so small take up so much room, while I attempted to resettle Little 3 numerous times without waking the others up! A hearty cooked breakfast and lots of coffee for me and we were back at the park for opening time.

After spending the day before looking around the park, allowing the children to play at the lego stations and going on a few rides, we had made a plan and rushed to the rides we really wanted to go on and having got there early we got straight on. We all loved the Atlantis under the sea ride, Little 3 was transfixed by the fish (sorry about the dark picture, no flash was allowed). 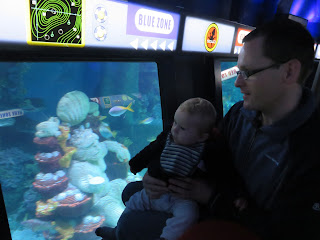 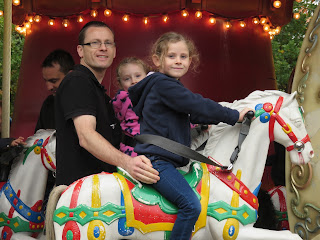 Little 3 had his first train ride and got a face full of cold water when we got squirted from the side but he didn't seem to mind, he was too busy watching everything pass by. 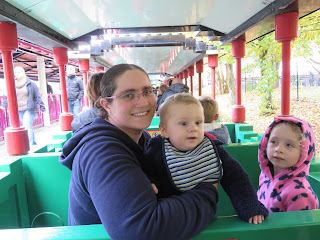 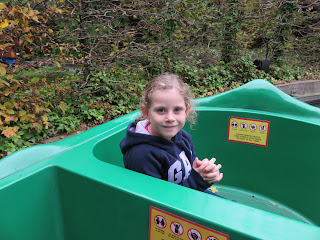 We ate our lunch while we watched a puppet show and played with more lego, rode on some more rides and played in the park at Duplo valley before it started to rain, we had come prepared and the girls donned their rainsuits as we explored miniland. 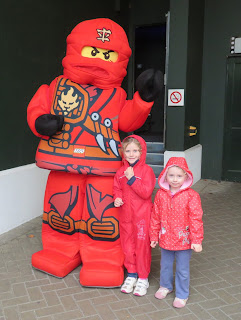 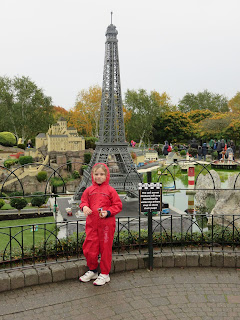 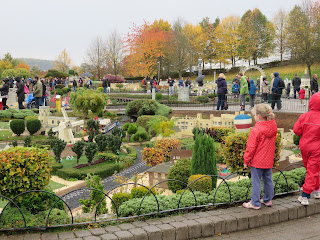 Everyone was rather tired by this point after walking miles around the park for two days so we headed off for an early tea as we wanted to hit the road before all the traffic kicked out from the rugby world cup semi's incase we got stuck in it on the motorway. The girls wanted one last go at panning for gold and earnt themselves a medal before we headed home.

All three Little ones were asleep by the time we had left the car park and it was a smooth 2 hour drive home with a quick stop to feed Little 3 some tea and a snack for everyone else, a change into pyjamas and a glass of milk later the girls fell straight asleep in their beds until morning they really must have been shattered.

We had a fun weekend at Legoland and enjoyed spending time together as a family, where shall we go next?
at 10:54 pm
Email ThisBlogThis!Share to TwitterShare to FacebookShare to Pinterest
Labels: daddy, days out, holidays, little ones, mummy, playing