Little 1 has a birthday-she turned 6

Last weekend It was Little 1's birthday, she turned six years old. I wasn't quite ready for her to turn 6, she has changed and grown up so much in the last few months and having been busy running a household with three children and occupied with a baby in the last few months I feel I have missed a little bit of her growing up. It sounds a bit strange I haven't missed it at all but there is something about her turning 6 and being in year 1 now that just makes her seem so big and grown up all of a sudden.

The day started with a lie in, her not me, I was up with Little 2, I think she had been tired from a busy week of school so Little 2 and I prepared her chosen birthday breakfast of croissants and when we were all up we enjoyed a leisurely family breakfast while she opened her first present. We bought her a Frozen bracelet making kit and she wanted to do it straight away, both girls spent the next hour playing with it nicely together. She wasn't bothered that there was a pile of things to open nor wanted to rush through them like she had done last year. 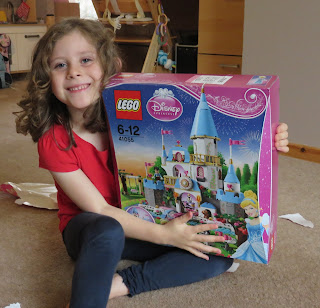 Once the girls had finished bracelet making and Little 3 was having a snooze Little 1 opened the rest of her things, we bought her the Disney Cinderella Lego castle and surprised both girls with tickets to a weekend at legoland at half term as well as other things. 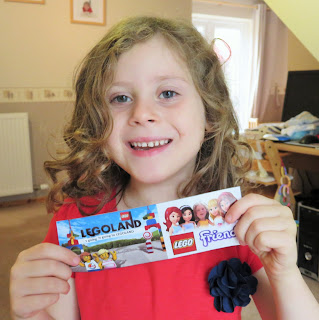 We then headed off to meet a few of Little 1's friends at a soft play place, having arrived at 11am and kept the children's energy levels up with sausages and chips for lunch we eventually dragged exhausted children and a couple of parents too off the equipment and headed home at nearly 3pm! We all had a good time playing and catching up with friends, Little 3 even had a go in the ball pool! 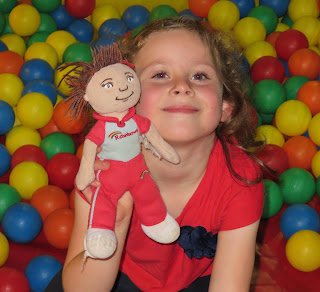 Most of Little 1's birthday pictures contain the addition of a doll this year, she is Olivia from Rainbows (Brownies) that Little 1 started attending last month, she was to bring her home this week and write in the accompanying diary for the week before passing her onto the next child, needless to say Olivia shared the birthday celebrations and came to soft play. 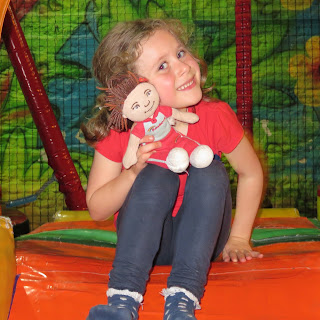 Once we had arrived home Nanny and Uncle M arrived for more presents shortly followed by Granny and Grampy, we all enjoyed Little 1's choice of pizza and fruit salad for tea as well as a slice of her princess birthday cake. Eventually we persuaded 3 tired children into bed but not until Little 1 had declared 'This was the best birthday ever!'. 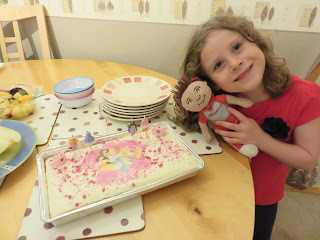 At 6 Little 1's favourite things are: