The little ones go puddle jumping

I thought we were in for a scorching hot summer holidays if the weather from the end of term was anything to go by but so far it has been pretty dreary, lots of damp drizzly days and a lot of the time too soggy to play out in the garden. Now actually I like this type of weather I'd rather be cool and comfortable than hot and sticky but it has meant the girls have not spent as much time outside as I would have liked this past week.

Planned wanders up the canal with a little picnic snack and bags of bread for the ducks have fallen by the wayside in favour of short dashes to the library and toddler group for something to do with the girls seeing as we do not have access to the car in the week to go somewhere indoors.

Last Friday was one of those days where it rained from when we got up and was still raining when Daddy got home from work, the girls had some serious energy to burn. The rain had let up to a fine drizzle so we suggested a stroll and free rein (no pun intended) in the puddles. The girls put on their wellies and rainsuits, Little 3 was warm and dry in his pushchair and off we went.

Initially we found smallish puddles that didn't impress them much, Little 1 was jumping in with all her might trying to make the biggest splash and Little 2 was running through them laughing. Then we came across two huge puddles, thankfully not too deep but big enough to get seriously wet and they were in their element. 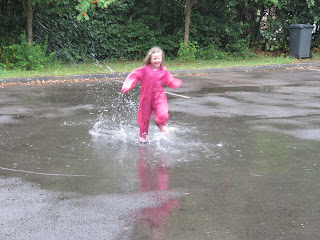 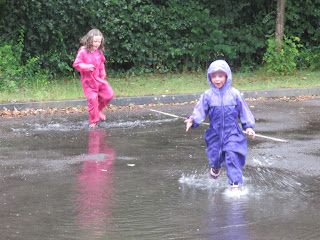 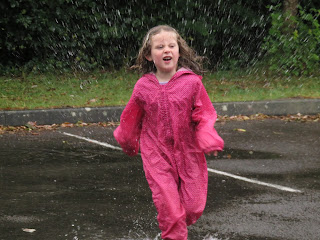 Little 1 was trying her best to soak everyone running about and trying to jump the highest and Little 2 was shouting 'This is soooooo fuuuuunnnn!' at the top of her voice as well as 'Puddles, puddles. puddles' as she ran kicking the water in front of her. 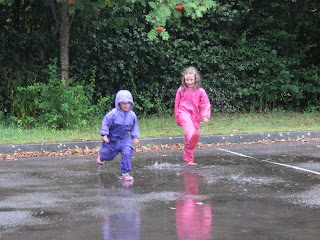 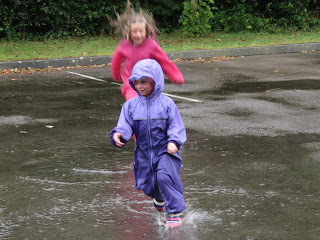 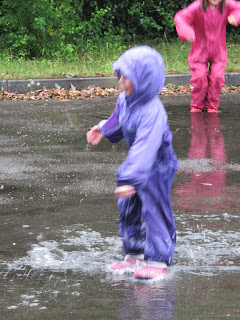 Both girls had a great time and got thoroughly soaked with wellies full of water, Little 1 did not want to go home but I could see she was rather wet and getting chilly. We headed home, popped both girls in a warm bath while I cooked tea and let them eat tea in their pyjamas. 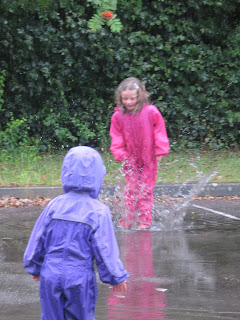 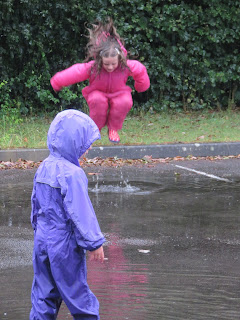 Bit of a photo overload but there were so many, it is a pity they are a bit blurry as it was dreary and I should have had the flash up on the camera but they looked okay until I got home! 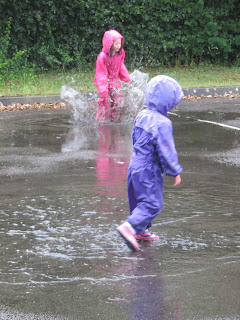 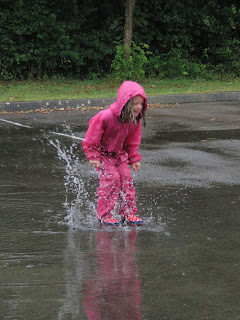 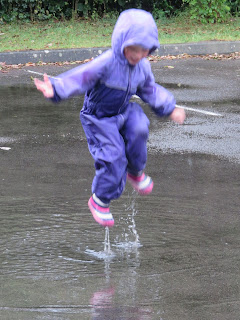 at 9:04 pm
Email ThisBlogThis!Share to TwitterShare to FacebookShare to Pinterest
Labels: little ones, messy play, out and about, puddles, walking