As I write this I can not believe my baby is almost 2 months old, time seems to have passed in some kind of sleep deprived blur. He seems all grown up all of a sudden and is definitely not tiny anymore having weighed in at 11lb 4oz last week. I saw a new newborn (I can still count Little 3 as a newborn can't I, just for a little bit longer?) the other day and in comparison Little 3 looked massive, it made me feel quite broody again (what on earth, must be sleep deprivation, that or hormones, I'm still recovering from this one!).

I have to be honest and say although they seem to have passed by in a whirlwind when I look back these past 2 months have been rather hard. The first week after Little 3's birth was spent in hospital with him having treatment for a chest infection (If you missed it that post is here). He would leave me well fed and sleepy to go down to the special care unit every 12 hours for his IV antibiotics and come back to me starving, sobbing and having had yet more blood tests or checks on his dodgy heart (I wasn't allowed to go with him incase you were wondering) which was hard emotionally.

I missed my family terribly as although Daddy visited every day, it wasn't for long as Little 2 got bored and with Little 1 being at school I didn't see her for 4 days as she found it a bit much after school but I rang her a lot instead. When we did finally get home I was exhausted, you don't get much sleep in a 4 bed ward full of newborns and when they keep waking your baby up to check his temperature! Daddy returned to work 2 days later and I jumped right into the school run with 3 children. 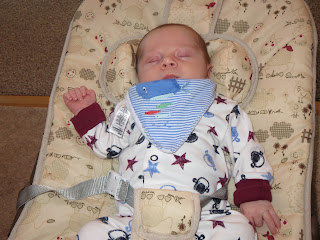 The Easter holidays swiftly followed and with 3 children at home, one of whom wanted feeding roughly every 20 minutes, it was a bit loud and crazy at times, we also had a lot of visitors too but thankfully Daddy had taken the second week off to help me out which allowed me to catch up a bit on sleep and most definitely saved my sanity.

Once he reached a few weeks old we began to learn Little 3's ways, he loves comfort and cuddles and walking around in our arms, he does not like being hungry, dirty or his bouncy chair, he also would only sleep on me and wake the second he was put down no matter how asleep he seemed! With 2 other children who need attention and meals to prepare I was surprised to learn what I could actually do one handed but peeling potatoes isn't one of them! Little 3 often just had to wait a few minutes at times and so there was a great deal of crying in the early days when it was just me at home.

At a few weeks old he began to be sick and scream after feeds (look out for the post- what's the matter, baby?) which we thought was reflux thus explaining his dislike of lying down and why he was constantly waking crying at night, it is a bit better now but nights are still hit and miss if he is uncomfortable or sick a lot.


At 6 weeks old Little 3 suddenly 'woke up' and began to show us his real self, awake more in the day now, his beautiful smile lights up his face and he was beginning to talk to us and settle a bit better. He now enjoys spending a few minutes in his cot batting and chatting to his toys and lying on his tummy. Little 3 is such a scrummy little boy who adores and is adored by his big sisters, he saves his best smiles and gurgles for them especially Little 1. 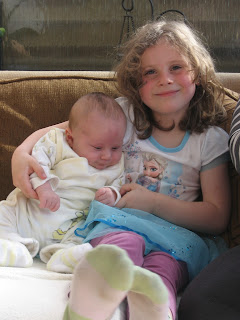 The early days were hard for me with the demands of a newborn, two other children and school/playgroup runs etc and a lot of sick covered washing but we got through it as a family, and the help of others to hold the baby for a bit!, things are slowly getting better and I am looking forwards to sunny weather, enjoying my scrummy new son and gorgeous girls as a new family of 5. 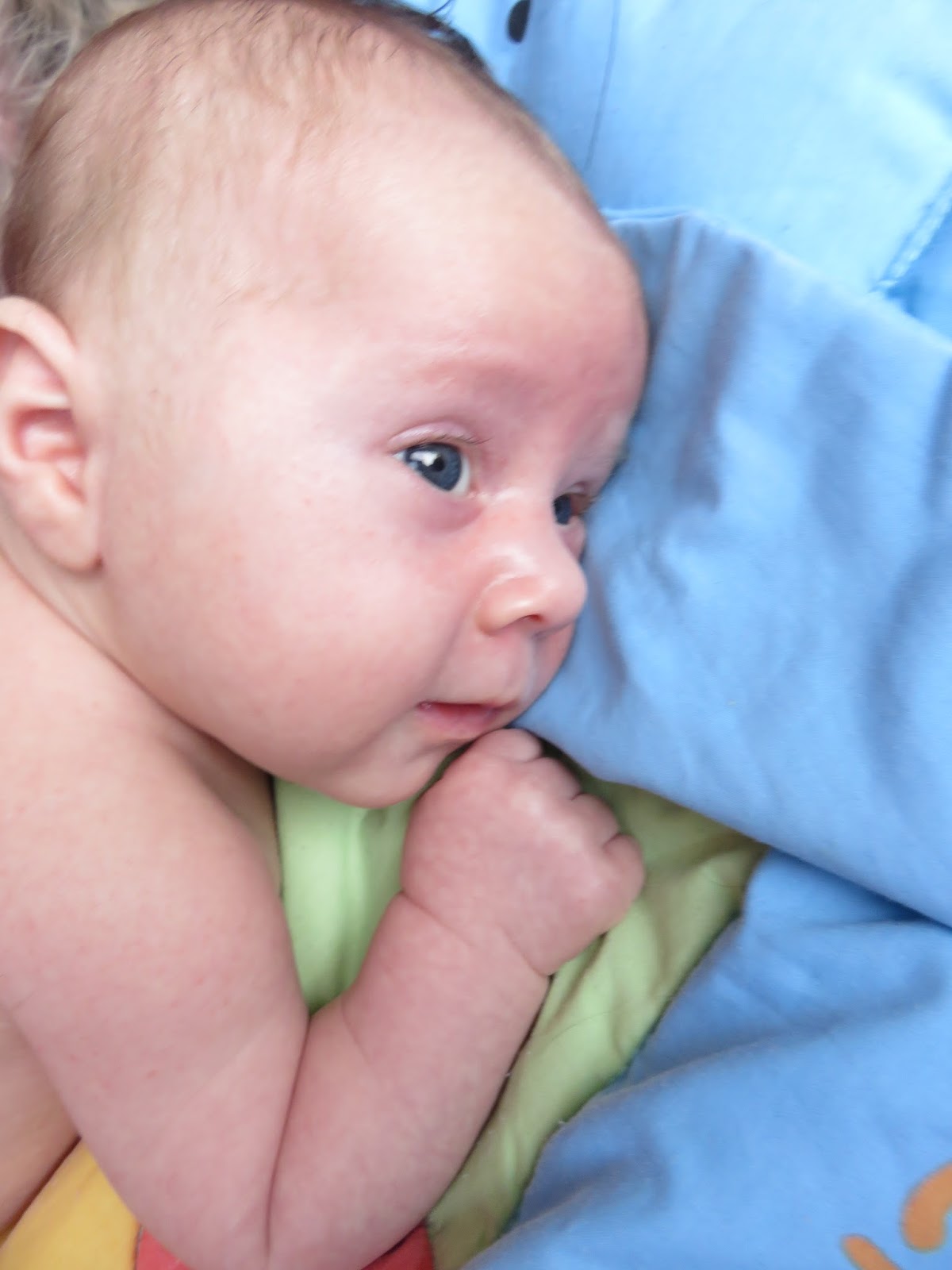 at 11:24 am
Email ThisBlogThis!Share to TwitterShare to FacebookShare to Pinterest
Labels: growing up, little 3, poorly sick, time flies