We are using reusable nappies....

Seeing as this week is #realnappyweek2015 I thought I'd better get on the bandwagon and write my cloth nappy post.

We are a bit late really using cloth for our third child as we could have saved a fortune in disposable nappies over the years but as they say it is better late than never and we'll still save lots of money and the environment too using them on just Little 3.

When Little 1 was born I had briefly considered reusable nappies but all I knew about were the big bulky ones with a plastic wrap that from my experience, at the time as a nursery nurse and having changed a couple of children who wore these, leaked constantly and stank of wee, I decided against it (I did not look into it much further mind you, I'm sure there were others out there). We did though instead opt for reusable wipes and 5 and a half years later we are still using these and recently replaced our stash in time for the arrival of Little 3.

It wasn't until I met a friend who's child wore cloth nappies last year that I realised how much reusable nappies had changed since I had considered them and I thought about using them for Little 3. There are now so many different options and brands out there, some nappies are as easy to put on as disposables and such an array of colourful, funky and gorgeous designs. It didn't take me long to do a little research and convince Daddy that I wanted to give it a go and he was completely up for it (as long as I washed them though!)

Having made the decision to go for it I joined a few forums and asked lots of questions finding out what was recommended and what was not, It can be a little confusing with wraps, liners, prefolds, woolsoakers, flips, pockets and inserts but I soon learnt what everything was and began to build my stash.

The simplest kind of nappy that appealed to me seemed to me to be the pocket nappy or all-in-one where a nappy (consisting of a waterproof outer and fleecy inner) is stuffed with various inserts and then separated for washing, in the case of the pocket nappy (the inserts are sewn into the all-in-one, you just pull it out one end). As your child grows you just use inserts of different materials (microfibre, bamboo, charcoal) to get the absorbency needed, some materials are more absorbent but take longer to absorb the wee and also to dry so a combination works well, you can stuff 2 or 3 of these into a pocket nappy for heavy wetters or overnight use.

I took advantage of the post christmas sales as I decided which brands to try and built up my stash. I loved choosing the nappy designs and love the array of colours in the nappy drawer. My three favourites have to be the frog, dinosaur and cheeky monkey ones we have. I can see how these nappies can become addictive, Each time I see a new bunch of designs come out I want them but we have enough to keep us going for now some for wearing and some in the wash.

We have been using our cloth nappies in the daytime since Little 3 came home from hospital starting with newborn sized ones and a few two parters, now he has moved up to birth to potty size on the smallest setting of our pocket nappies and we love using them. At night time we are using up a few packs of disposables we'd stocked up before his birth and will shortly be making the switch to full time cloth using some recommended supersoaker bombproof bamboo nappies and wraps so watch this space later in the week for an update on that. 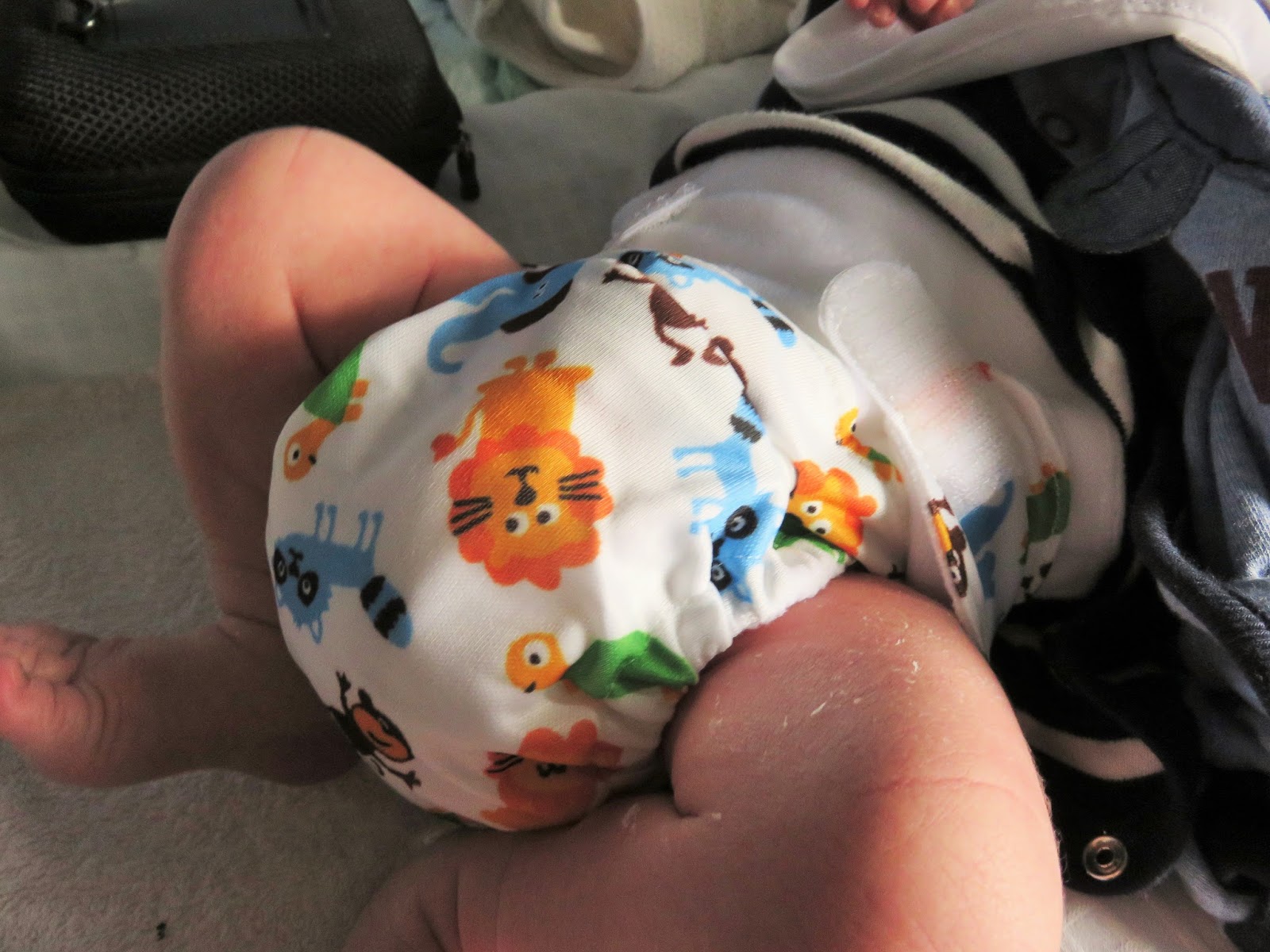