Fun on the farm for Easter

With the Easter holidays in full swing and Daddy busy having a go at tiling our new downstairs bathroom I knew we needed to get the girls out of the house for the day to give him some space from his 'helpers'. Nanny came over and we decided to take the girls out to some Easter activities at an organic food farm not far away.

It was a bit grey and chilly even though it looked bright so I was glad I had forced the girls to wear jumpers under their coats and grabbed their hats too otherwise they would have been freezing.

When we arrived we went on the trail find the giant painted eggs and looked at the animals along the way. Little 2 was not keen on the goats with horns and Little 1 was intrigued by the emus. I didn't take any pictures here as I was busy navigating the rocky terrain and puddles with the pushchair!

As it was cold we headed to the marquee to see what was going on, it was a shame to see that a few of the advertised activities, like the chocolate lolly making, were not happening especially as it was Easter Saturday but the Little ones did not notice. We were also a bit disappointed at the cost of the activities, £3 for a simple painted face, with two children to pay for it could have been ridiculously expensive, but my girls know they can not have everything they want so we decided what we were going to do and had some fun. 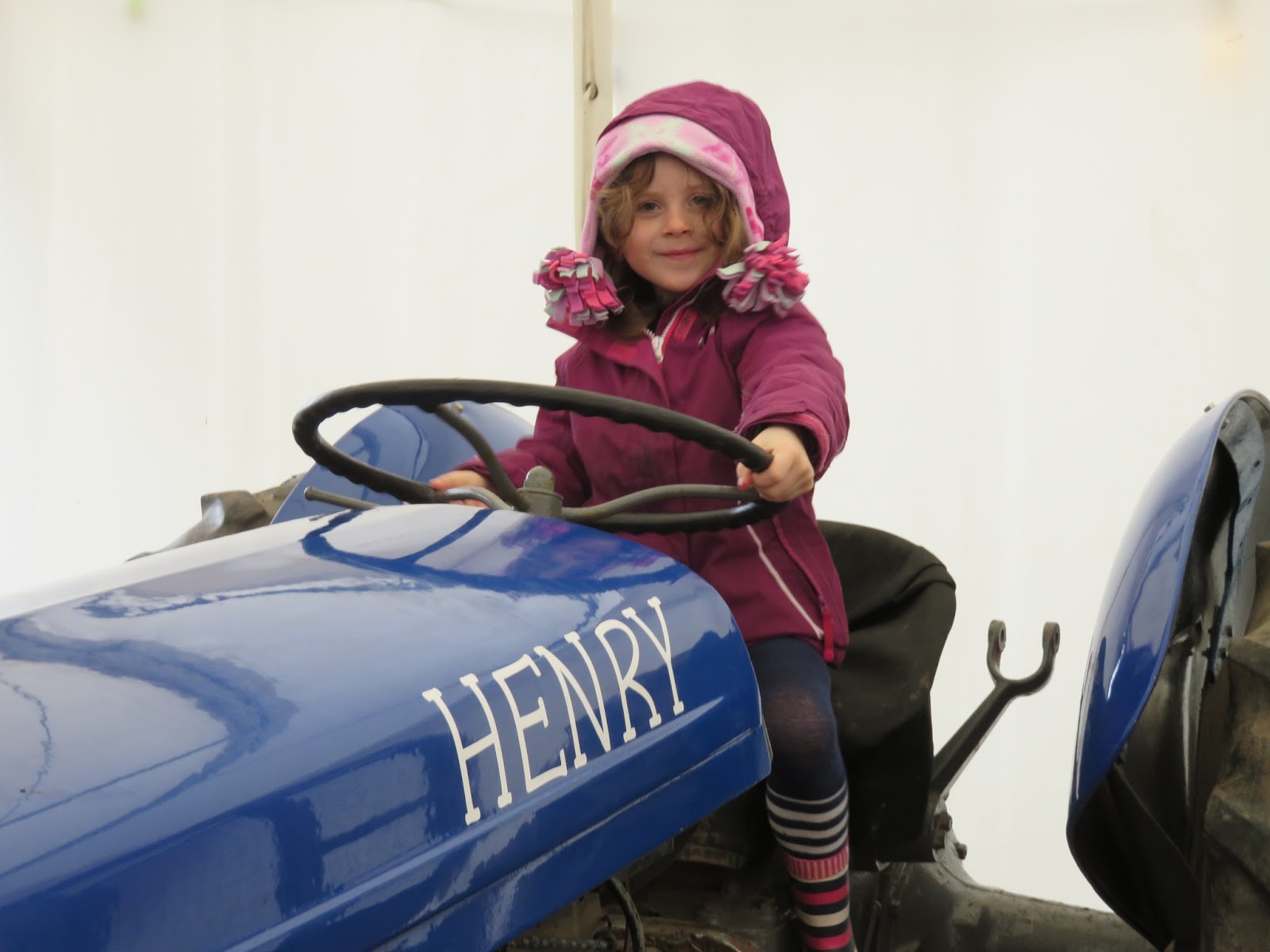 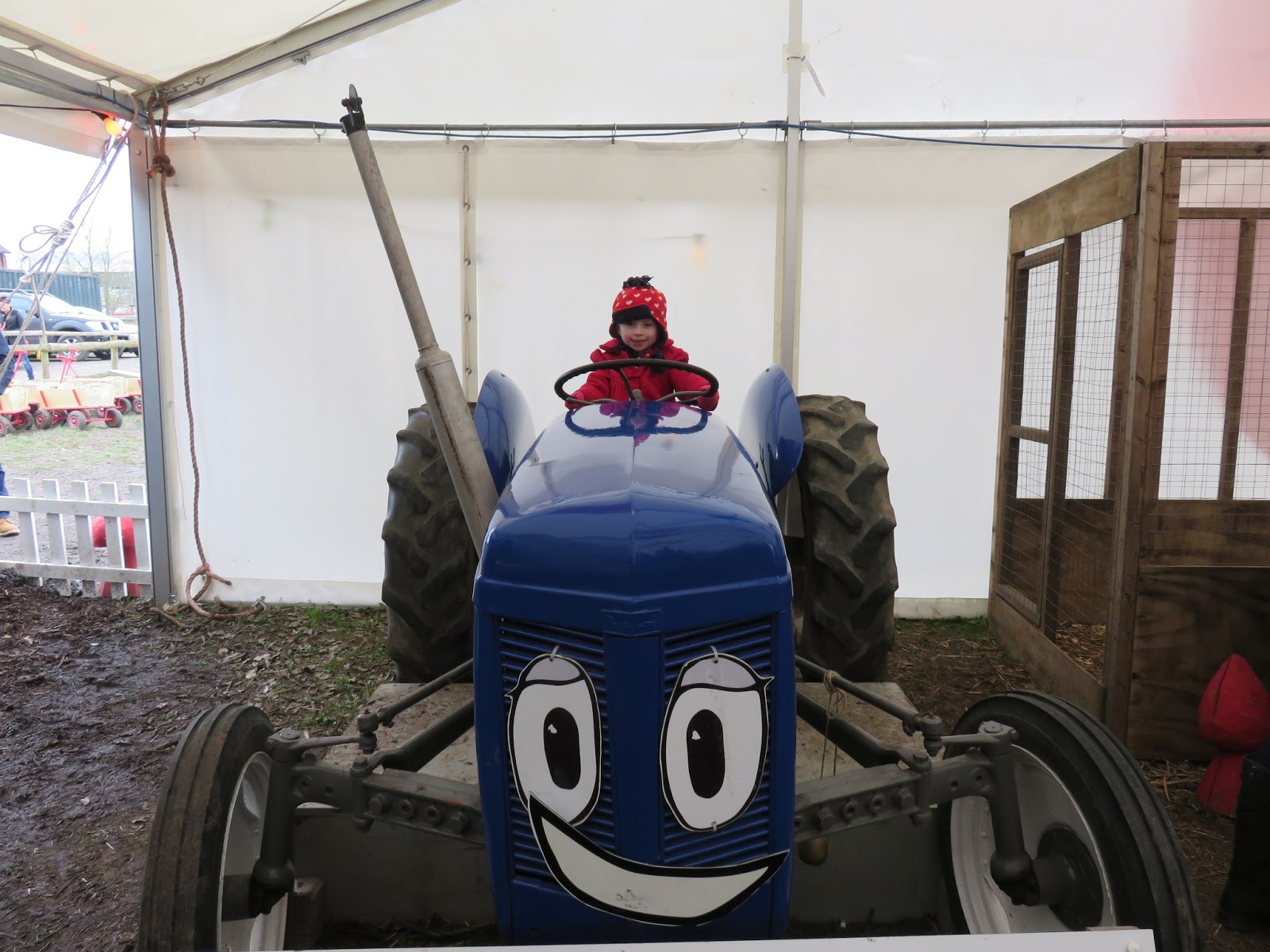 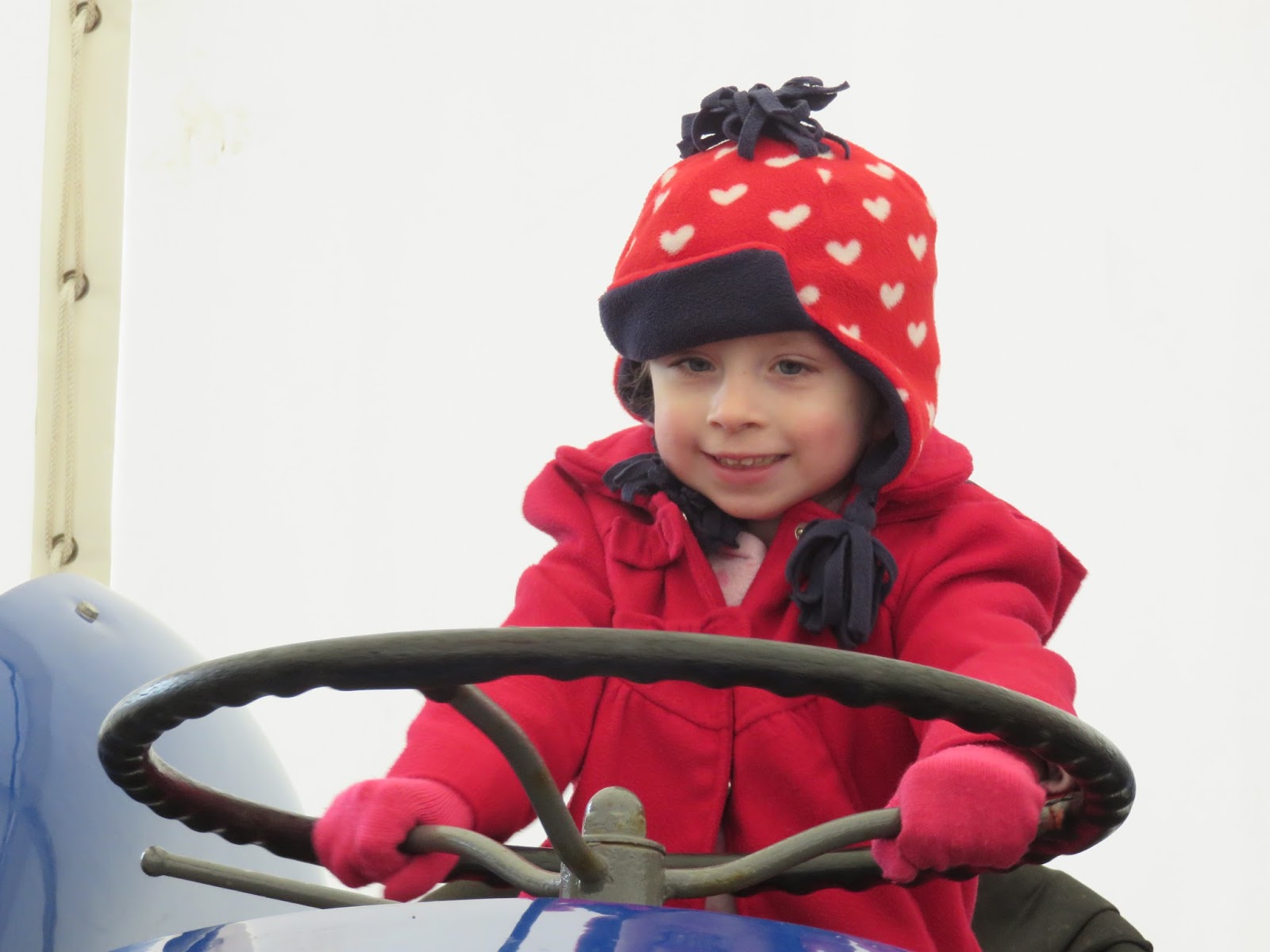 They played on the tractor, had photos taken in various funny face stands and admired the little chicks in the warmth strutting about under the lights. 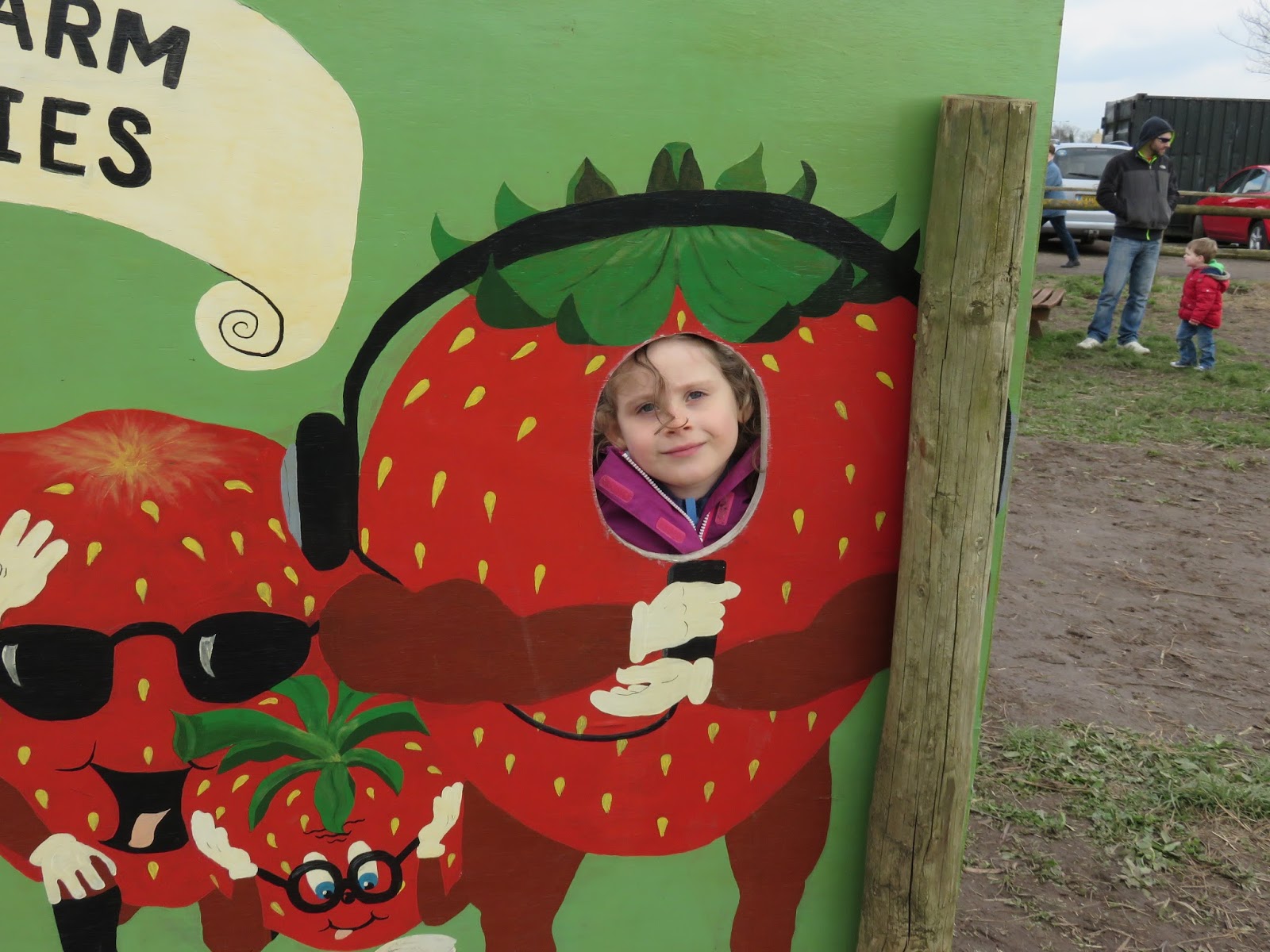 It was then nearing lunchtime and we were all a bit chilly so we treated ourselves to chips smothered in sauce and hot chocolates eaten on bales of hay! It was lovely to see the girls enjoying themselves and tucking in. 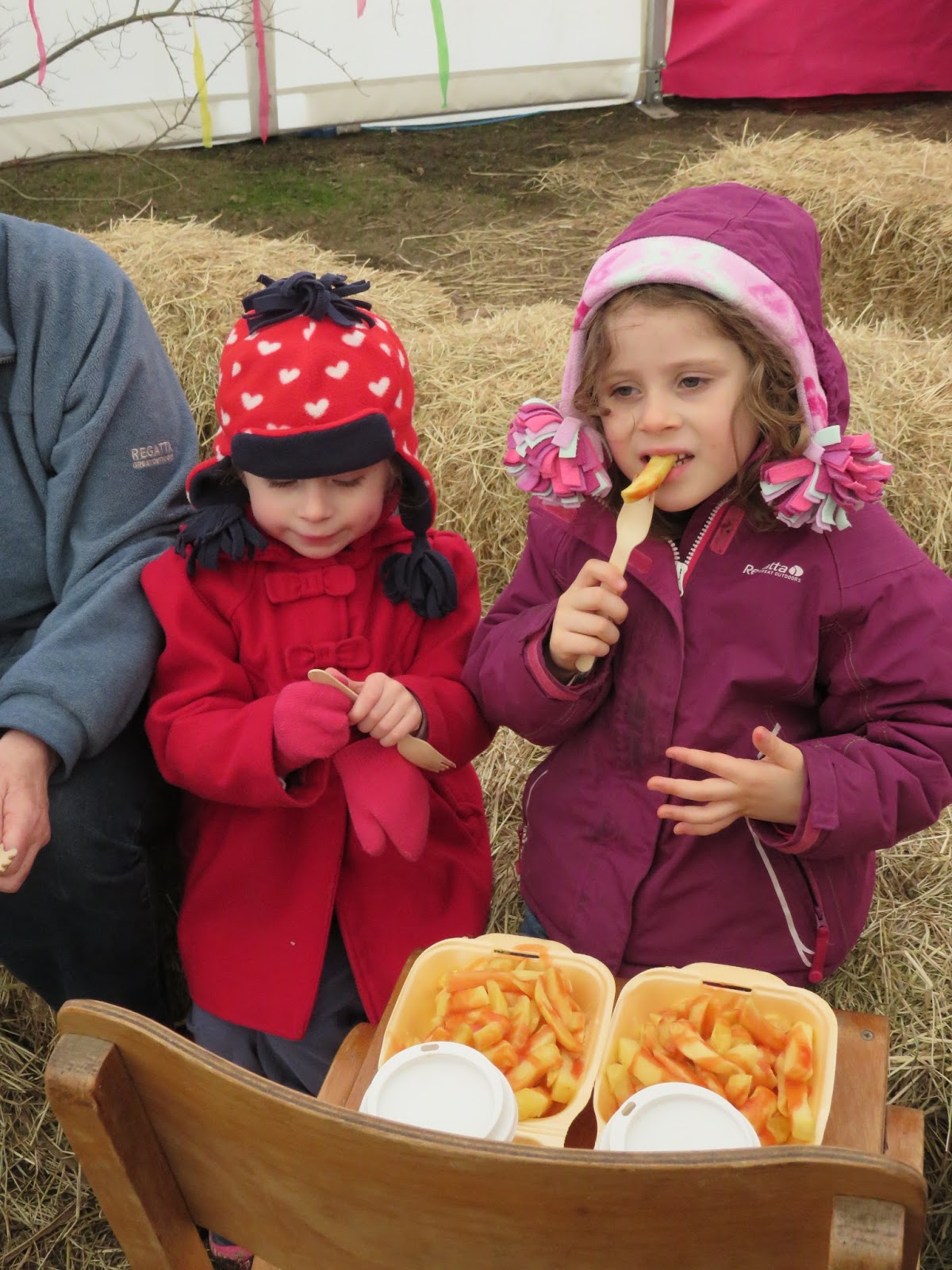 After lunch the girls wanted to paint a ceramic Easter ornament, they each chose a hanging egg and set to work, there was lots of dipping and dabbing going on, they painted one side and left them to dry, then we went back a little later and cheekily asked to paint the other side too but the lady didn't mind. They are now hanging from our mantlepiece with our other Easter creations. 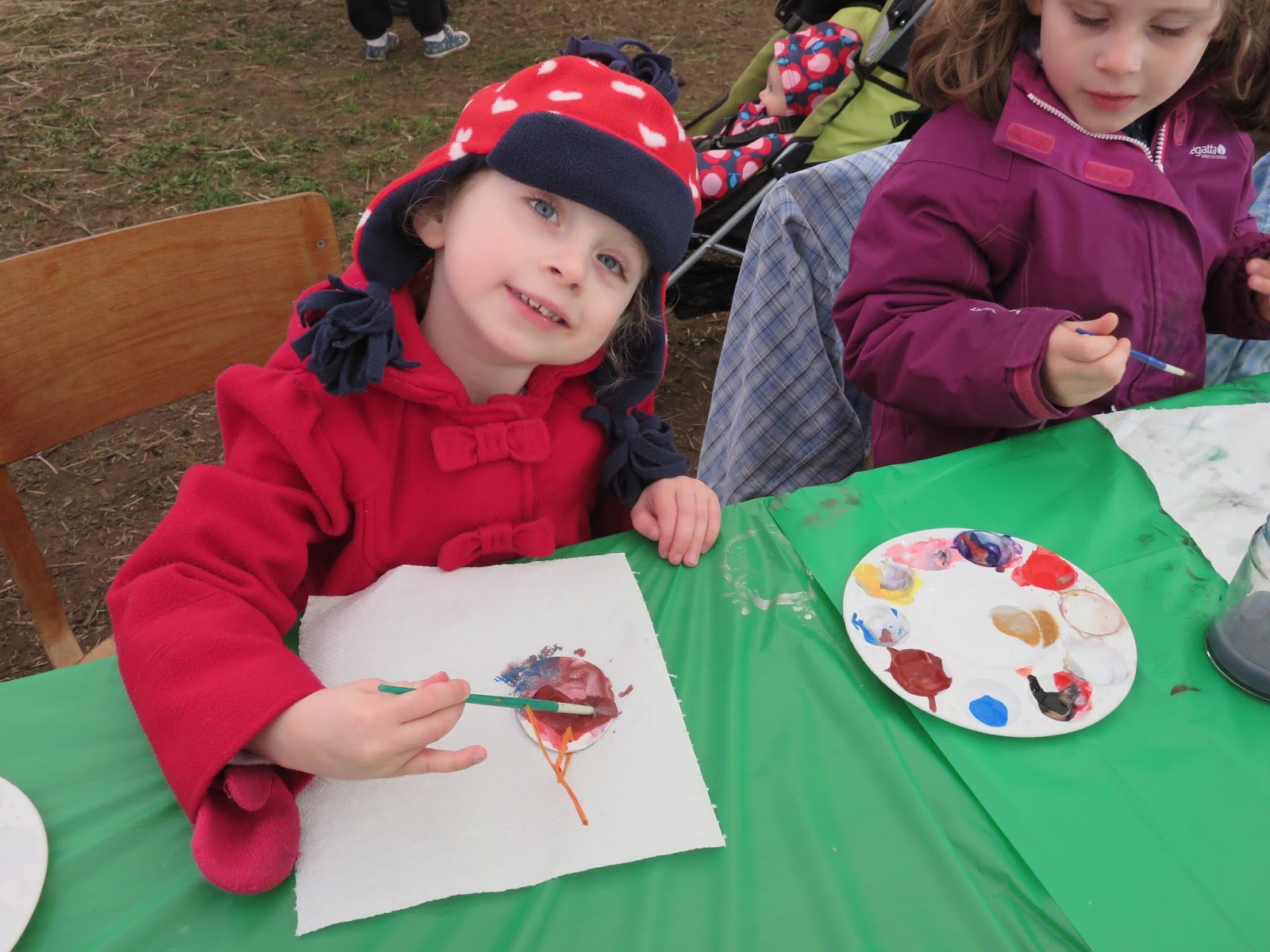 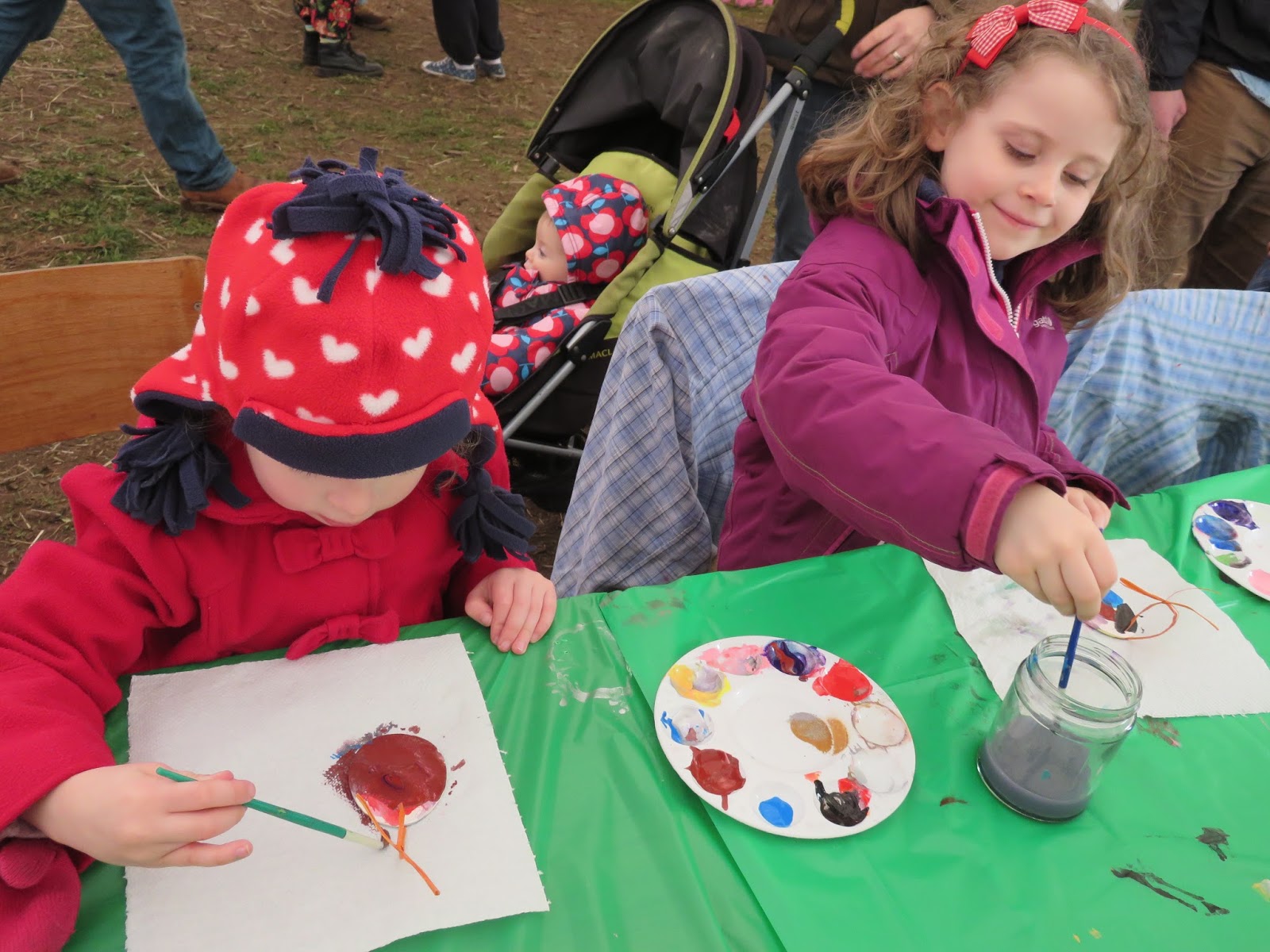 We then headed for the giant inflatable slides and I said they could chose one to go on, they opted for the slide. Having been on a very similar one at various birthday parties I knew they liked it or so I thought, tokens bought and handed over they jumped on, Little 2 had one slide and then declared that it was too fast and wanted to get off and Little 1 had 5 slides because she was 5 and wanted to get off too, what about the other 8 minutes I had paid for grr!

Lastly before we left for home was stayed to watch a puppet show, the girls got involved shouting out loud and joining in. Little 1 put up her hand to go up the front and held a pig puppet for the song of 'old mcdonald' (I haven't included the picture of her doing that as there were other children in it). It was lovely to see how confident she has become since starting school, back in the summer you would have had to force her up there!!

We had a good day out and the girls had fun even though it was cold and a little disappointing. There was chocolate to eat on the way home too which is always a plus from the girls point of view! 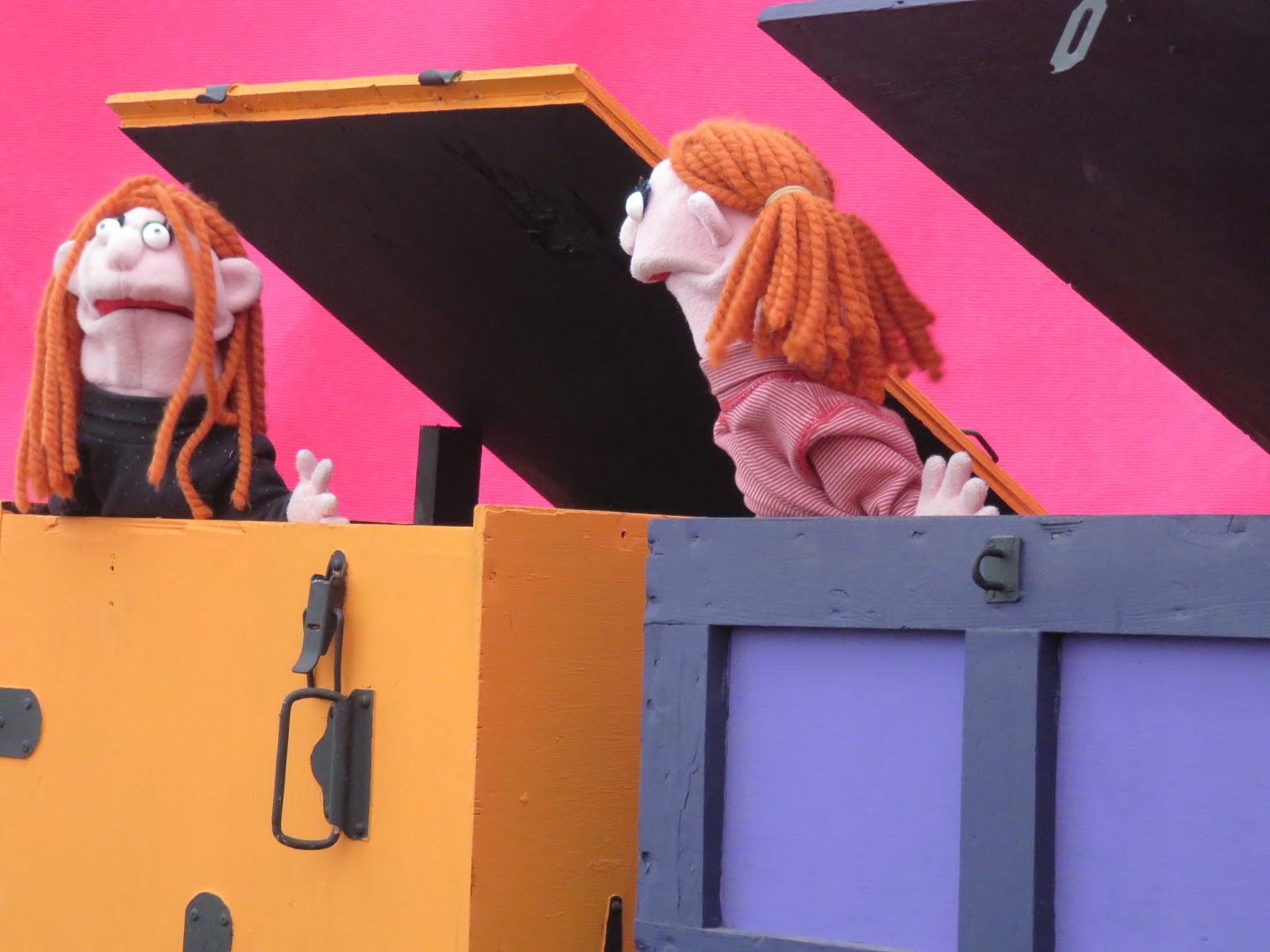 at 5:25 pm
Email ThisBlogThis!Share to TwitterShare to FacebookShare to Pinterest
Labels: #52memories, days out, little ones, mummy, nanny