An extended hospital stay with a poorly sick baby.

My last post about the birth of Little 3 (here if you missed it) ended with me saying that Little 3 was born with meconium (a babies first poo) in his waters, this often happens if they are distressed in the womb as they are being born. We don't know what caused it but it could have been the speed of his birth or the fact that he was a week late and just needed to be born.

Due to the fact that meconium can cause breathing problems if it had been inhaled during the birth process we were immediately put on 24 hour observation to keep an eye out for any possible problems developing, this meant every 2 hours Little 3 had his temperature taken, heart rate and respiration rate monitored and recorded, so we would be staying in hospital.


Over the course of the following day after completing 24 problem free hours of monitoring Little 3 developed jaundice, you can see in the picture below he went rather yellow and quite puffed up too. (Both the girls had jaundice and had to undergo phototherapy for it so I was expecting it to happen really). Blood tests were taken to see if he needed to go under the lights and thankfully he was just under the level so we kept him near the window and hoped for the best. We continued to stay in hospital as we were waiting for an ECG machine to be fixed the next day to check Little 3's irregular heartbeat before going home. (post to follow) 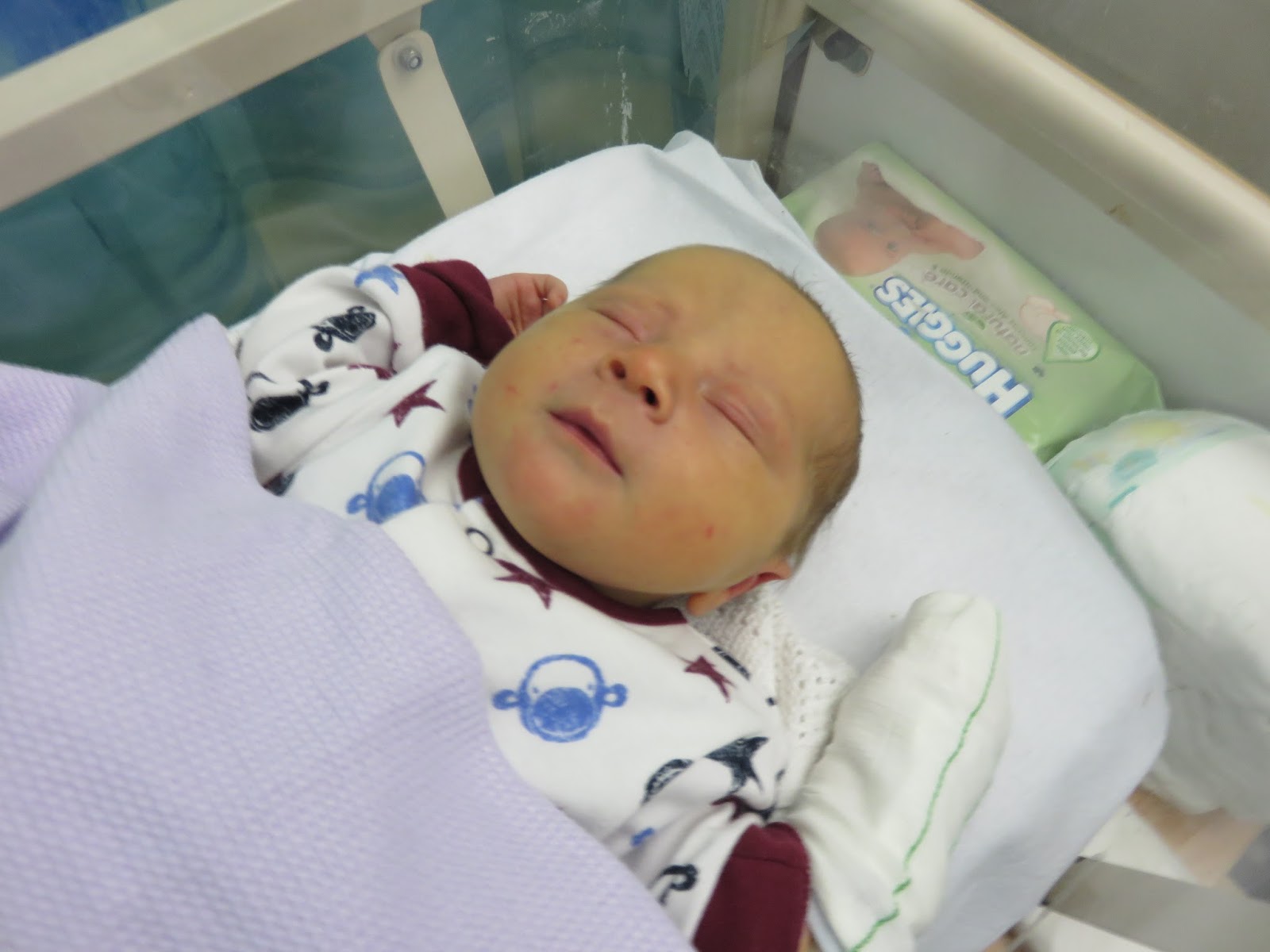 On the second day in hospital, a temperature check showed Little 3 was a bit warm, he had been cuddled up on Daddy who is rather hot blooded so we stripped him down a little bit and they said they'd check him again in an hour, that check was fine. Later on though I felt he was quite warm so I called the midwife to check him, he had a temperature. The doctors were called and bloods were taken to check for infection.

His blood results showed some sort of infection so he was taken down to the NICU to be given intravenous antibiotics straight away while they tried to work out what it was. He had a cannula put in his hand, a chest x-ray and a more blood tests, our poor boy.


The x-ray showed he had a chest infection, more than likely due to the meconium, so it was decided he would have 5 days of antibiotics and regular bloods to check they were working. He was well enough to come back up on the ward with me and just go down twice a day for his medicine though thankfully. We were going to be in hospital a while longer then.

After 48 hours he looked a lot better, his jaundice was clearing, he seemed brighter, no longer had a temperature and feeding was going well, he had lost a lot of weight but was gaining it back. Little 3 was finally given the all clear and allowed home a whole week after his birth aged 7 days, I had been in hospital 8 days and was desperate to spend some time with my girls who I had missed terribly and for a good nights rest in my own bed.

What a week it had been.