Play with lots of lovely lentils

While I had a friend around for coffee the other morning I thought of something that would entertain Little 2 for a bit, I got out some dried macaroni and lentils from the craft cupboard and gave her a saucepan of each to play with in the play kitchen.

She immediately love the idea and set to work cooking, baking and making cups of tea. We have done this in the past with rice krispies which tended to get eaten but I knew I could trust her not to eat the dried bits. 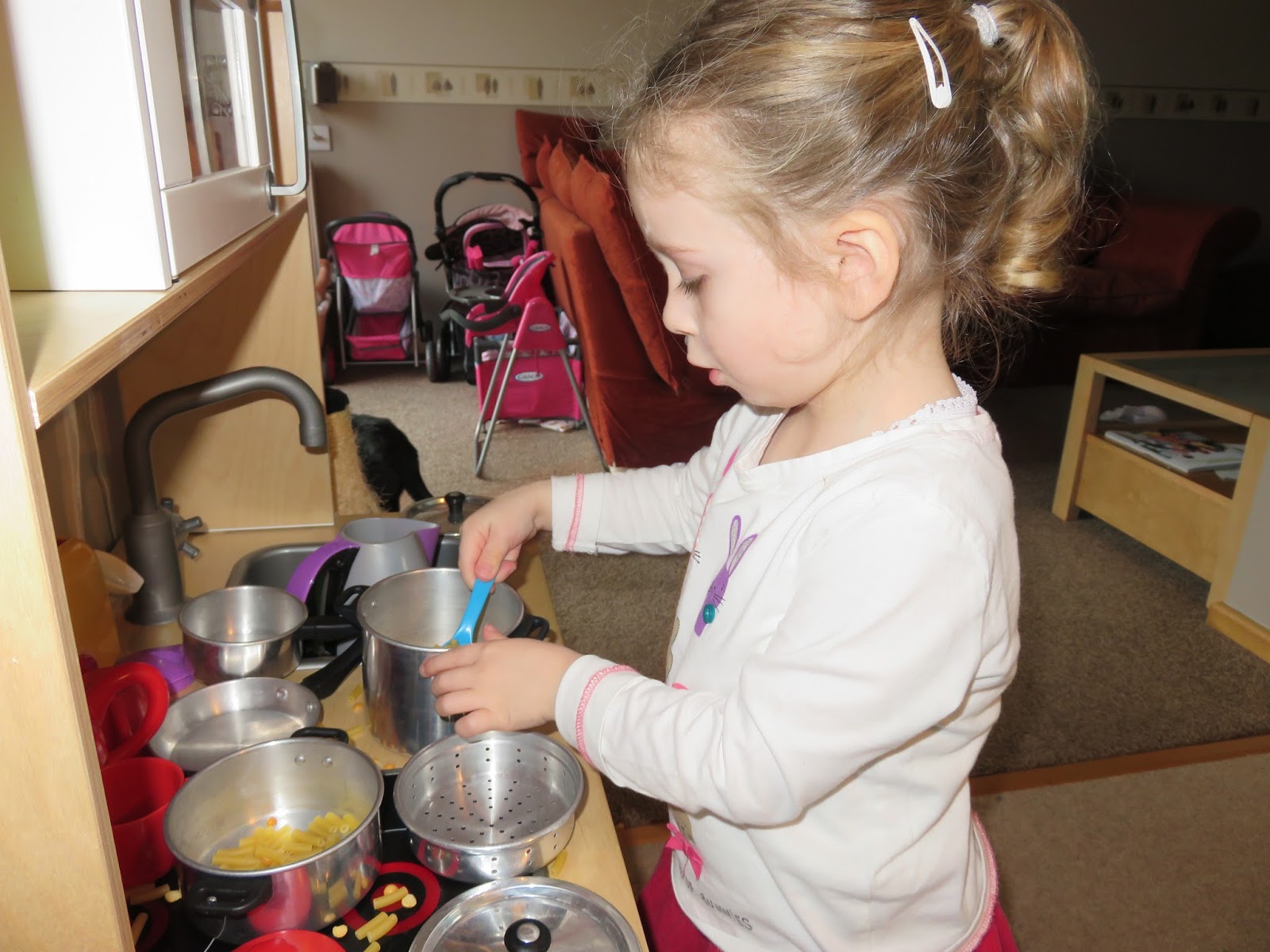 There was tipping, pouring, emptying, filling and spooning all going on without a word from her, she was so engrossed with what she was doing. 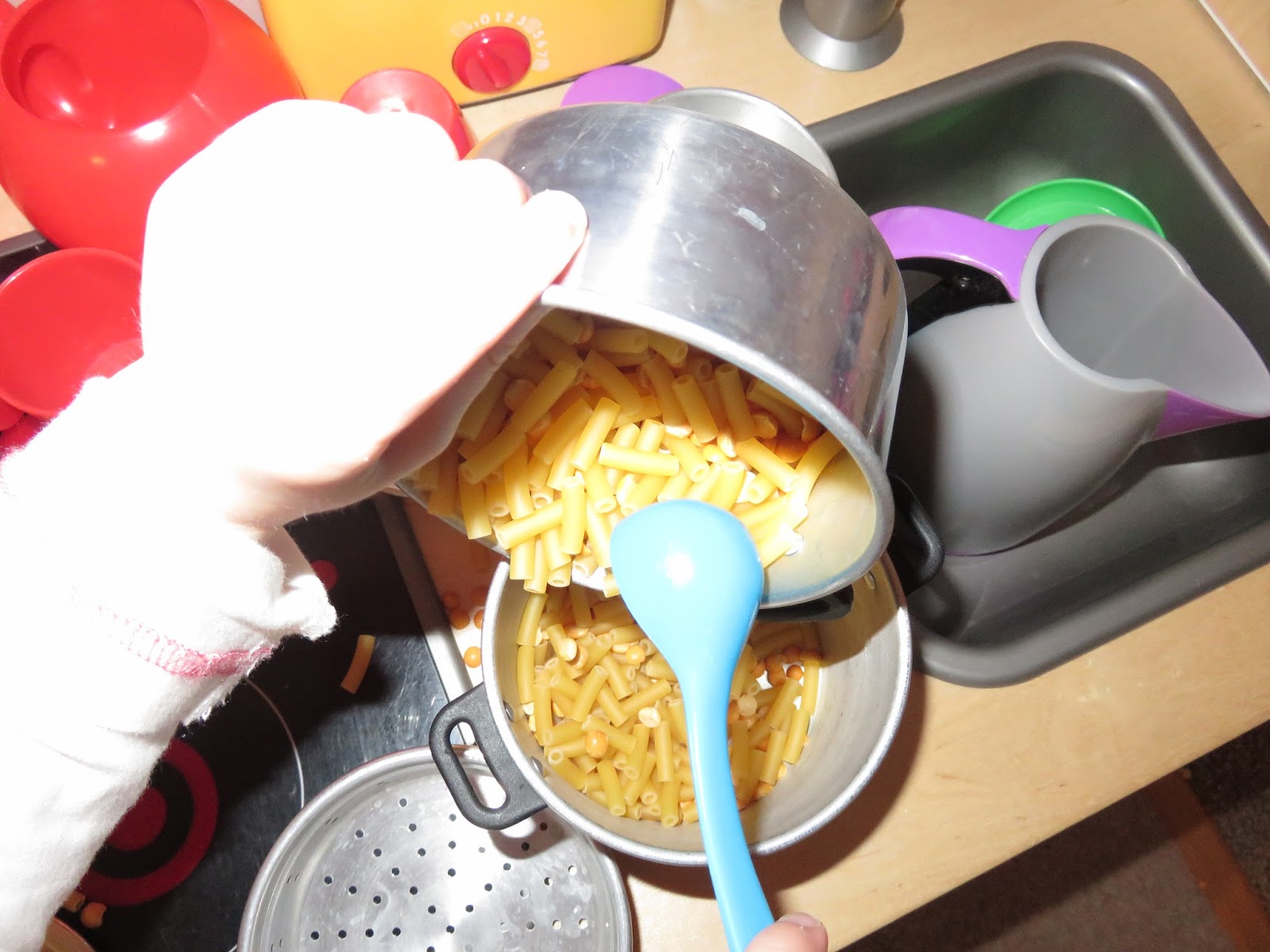 She was very careful to try not to make a mess and when she did spill it and get it on the floor she made sure that she picked every last bit back up (I was going to make Daddy hoover it all up when he got in from work as bending and breathing at the same time is becoming a bit of a chore at 8 months pregnant!). 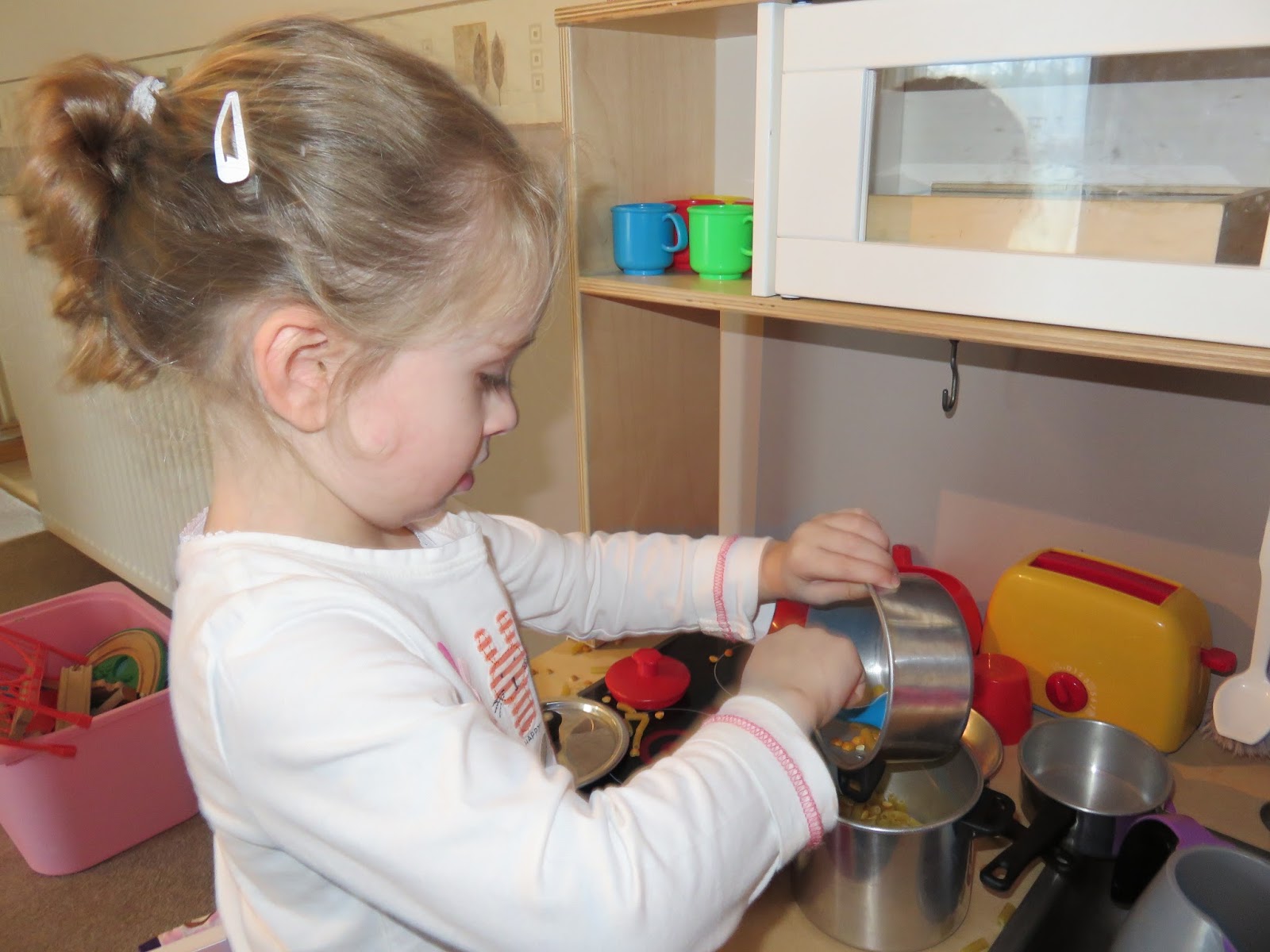 She played with it for most of the morning and I joined in her games after my friend had left but mostly she just wanted to experiment with different sized pots and spoons. 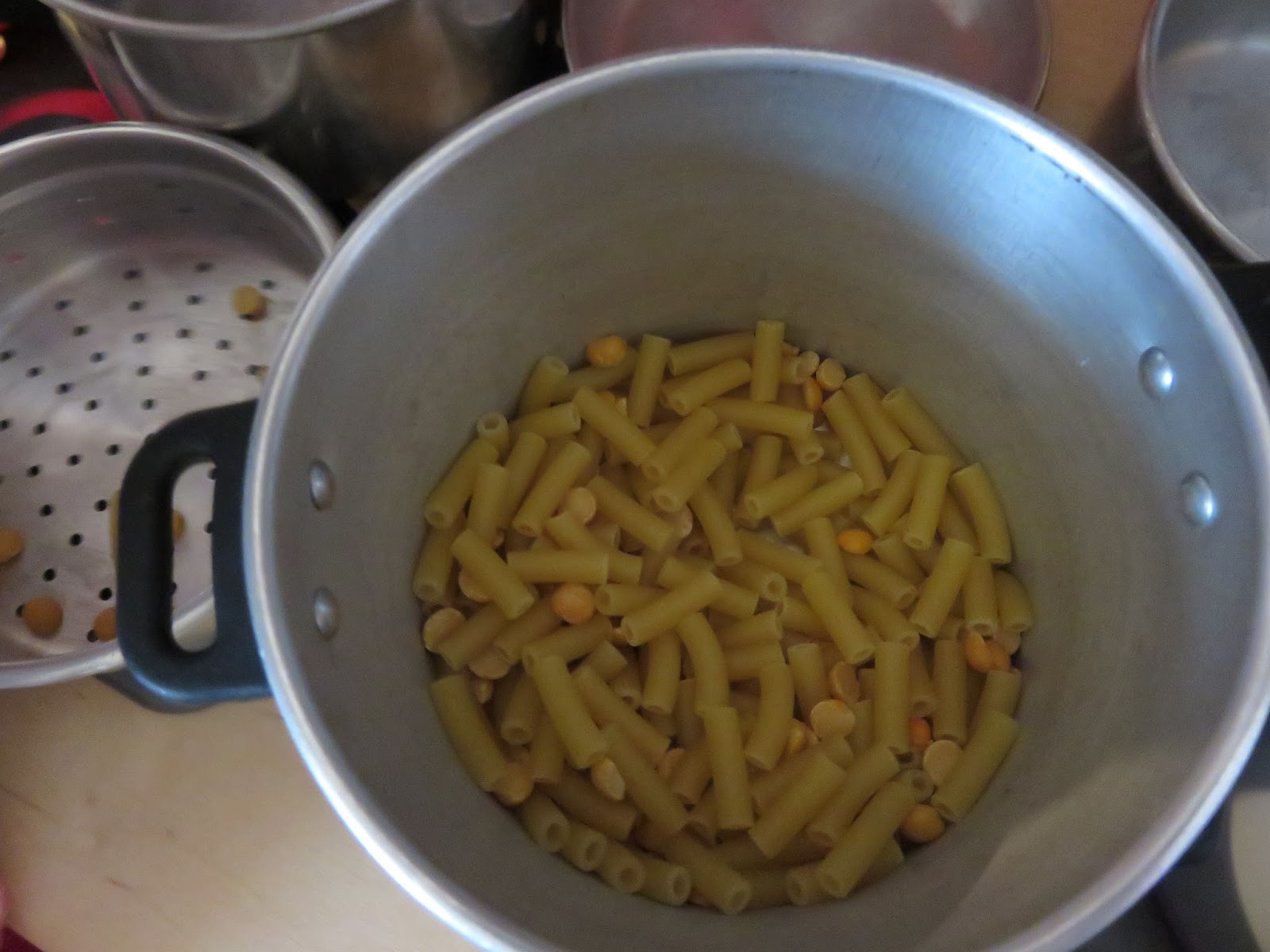 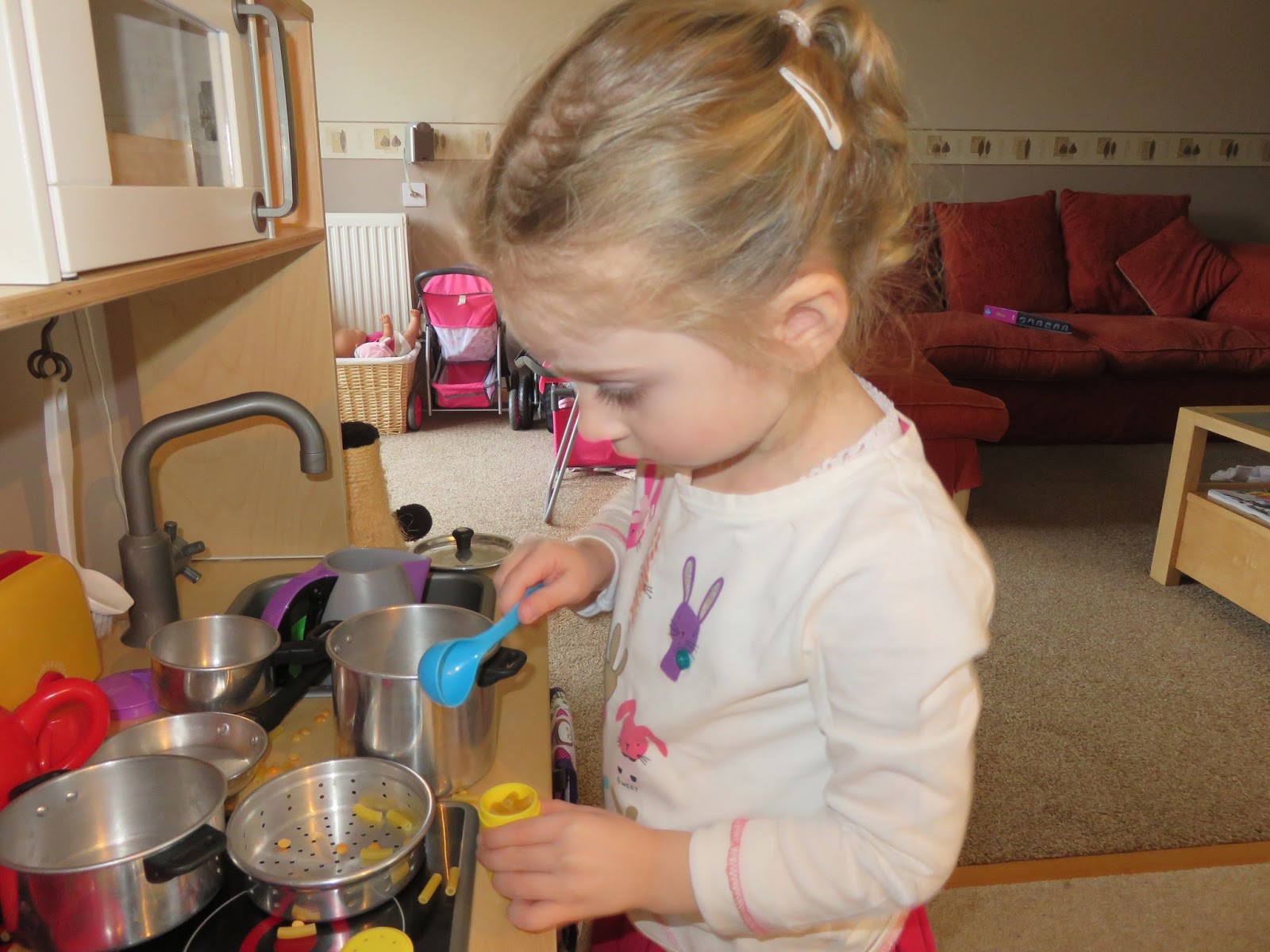 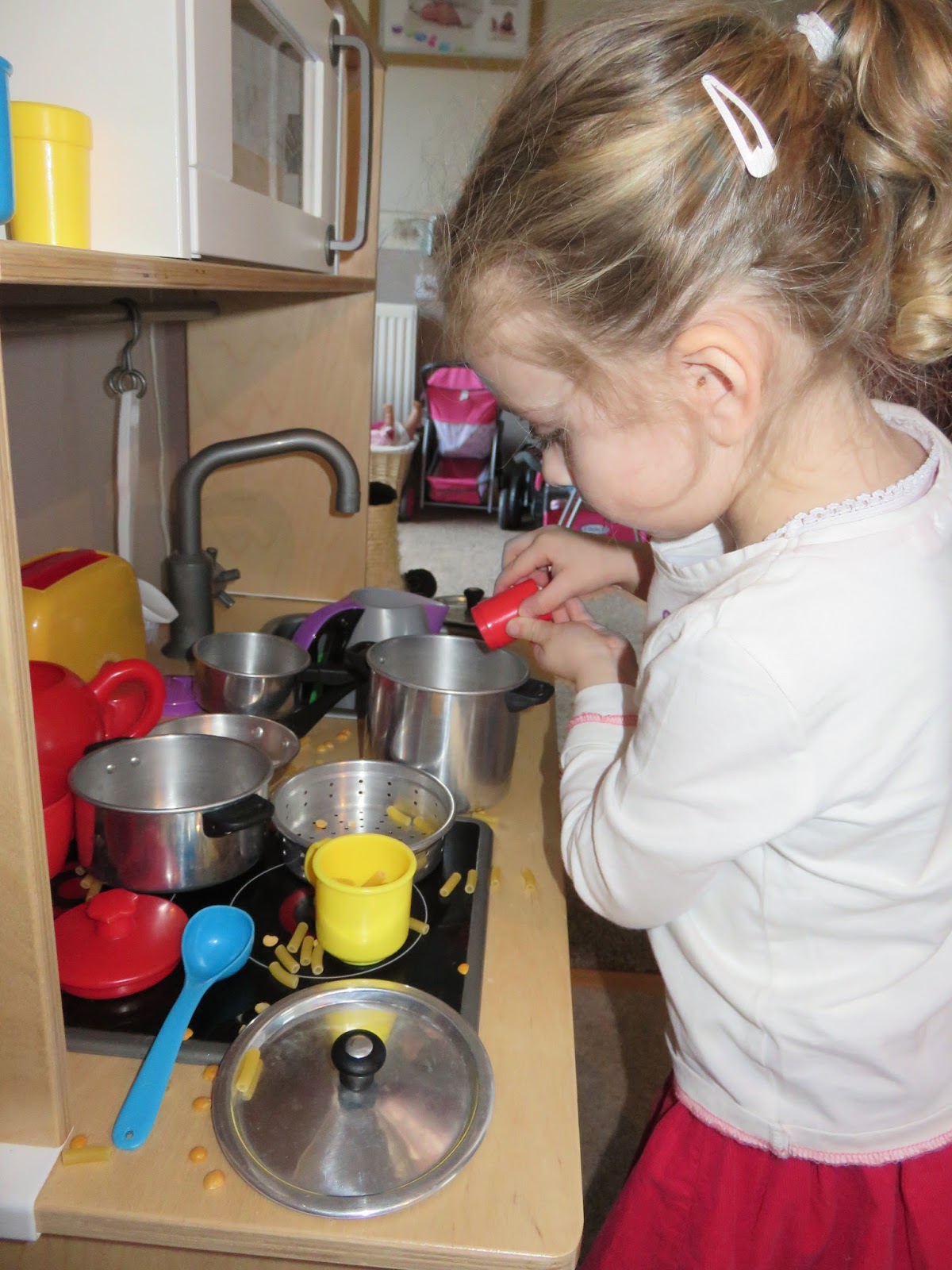 Once she had finished cooking, she made a bath for her teddy and he had a thorough clean in his macaroni bath! 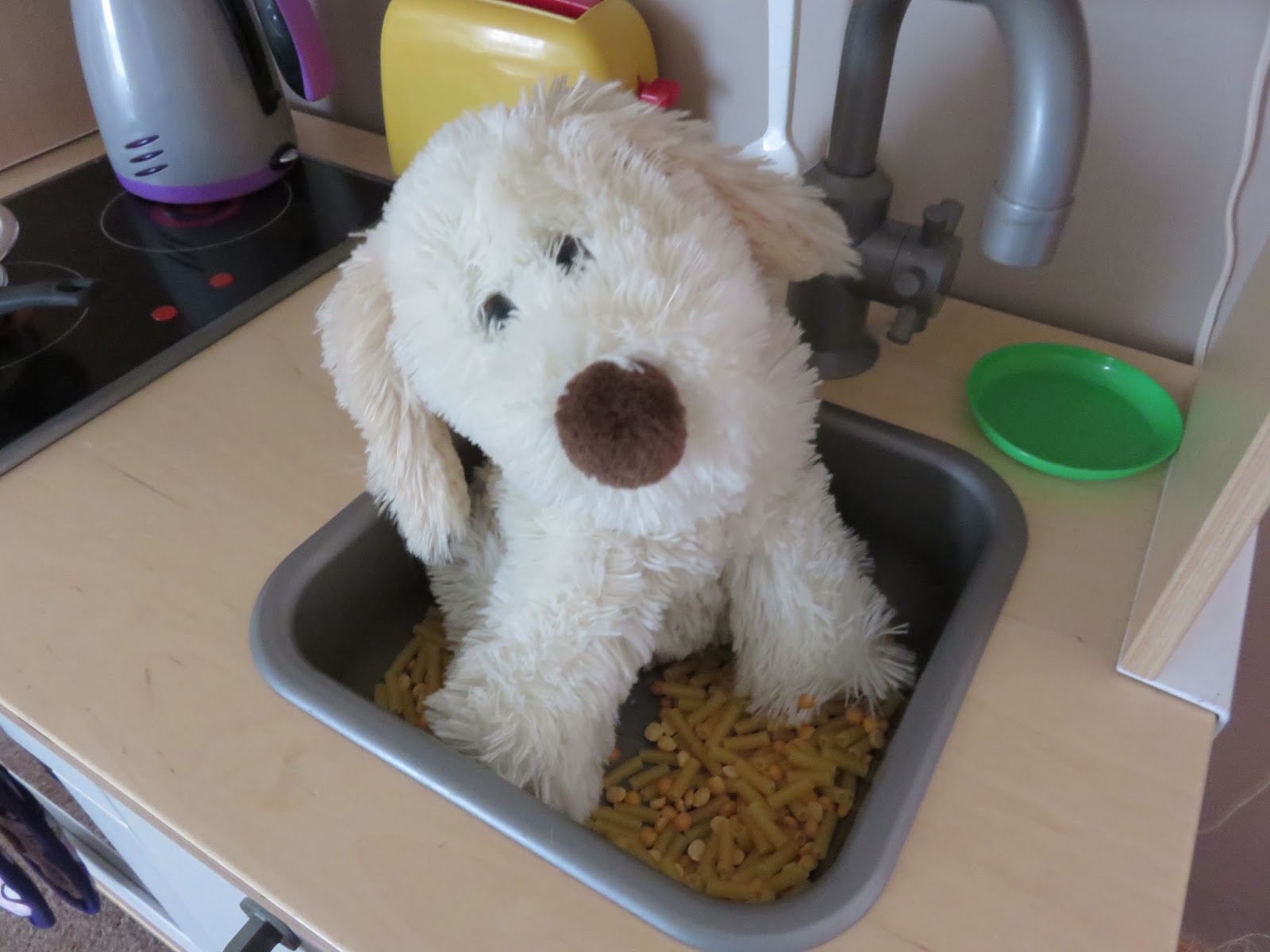 We got the lentils out again the following day when Little 1 was home and the girls made more creations, this time they were not quite so keen to stick to the play kitchen and ended up filling stacking boxes on the other side of the room and making one hell of a mess, but it was saturday and Daddy was on hand to help them clear up!

They have been out a couple more times in the last few days, both girls have enjoyed playing with them and they are so easy to clear up. I will definately be doing this more often and with other things like dried rice too.
at 8:23 pm
Email ThisBlogThis!Share to TwitterShare to FacebookShare to Pinterest
Labels: little 2, messy play, playing