At Christmas the Little ones had lots of crafting sets and activity sets given to them, this was great as it is what they really love to spend time doing. I like to do these activities with them, they are good for a bit of quiet time in the afternoon and at the moment, being heavily pregnant, getting down on the floor and playing with them down there is not the most comfortable thing for me to do.

One afternoon Little 2 chose to make a paperbag animal crafting kit she was given. It was a simple mess free affair of precut shapes and sticky fixers, Little 2 chose her animal and enjoyed poking out all the pieces. 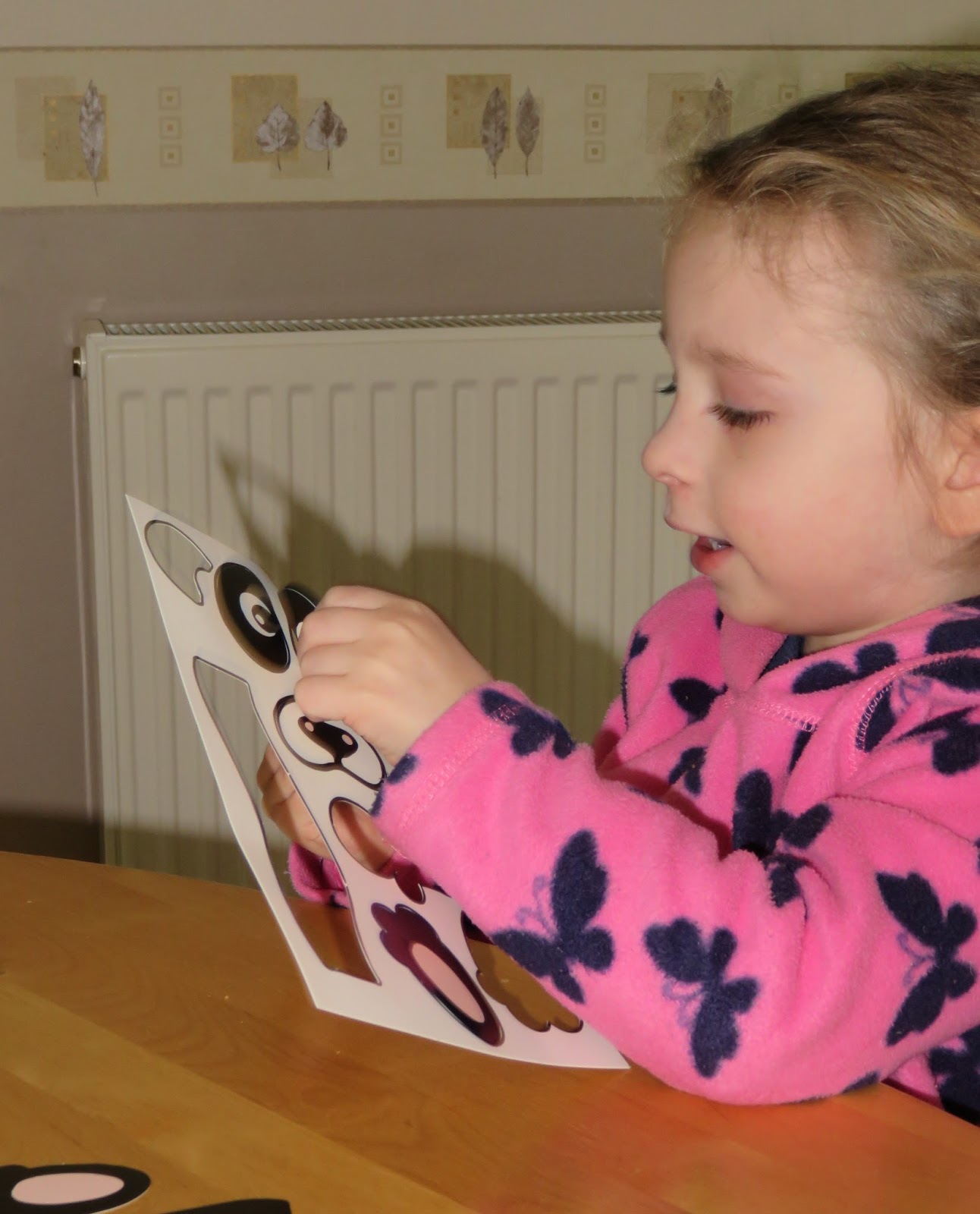 She was then very careful peeling the sticky tabs off and sticking all the bits on where they needed to go, she insisted she could peel the backing bits off herself, which she did with a lot of concentration. 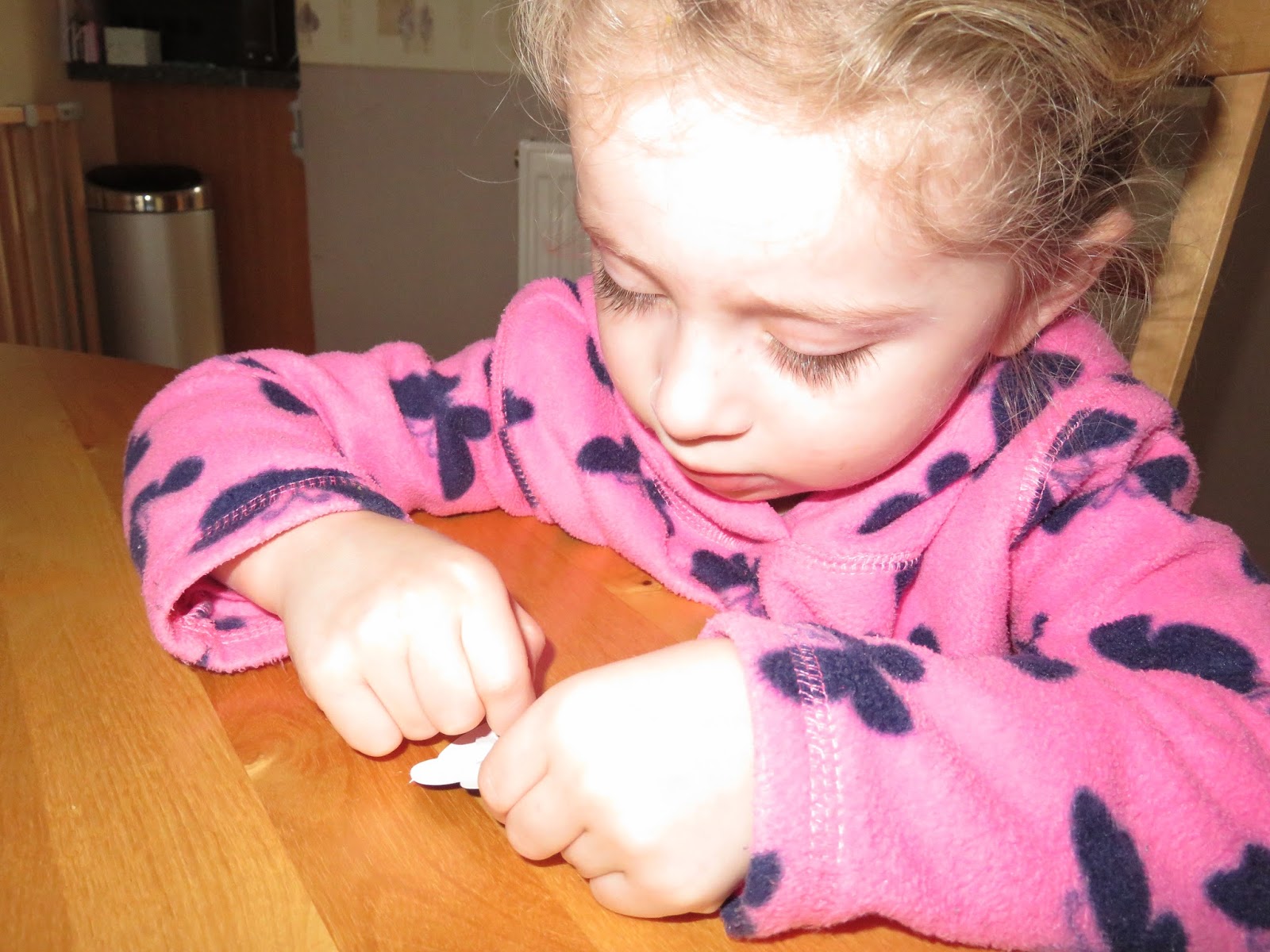 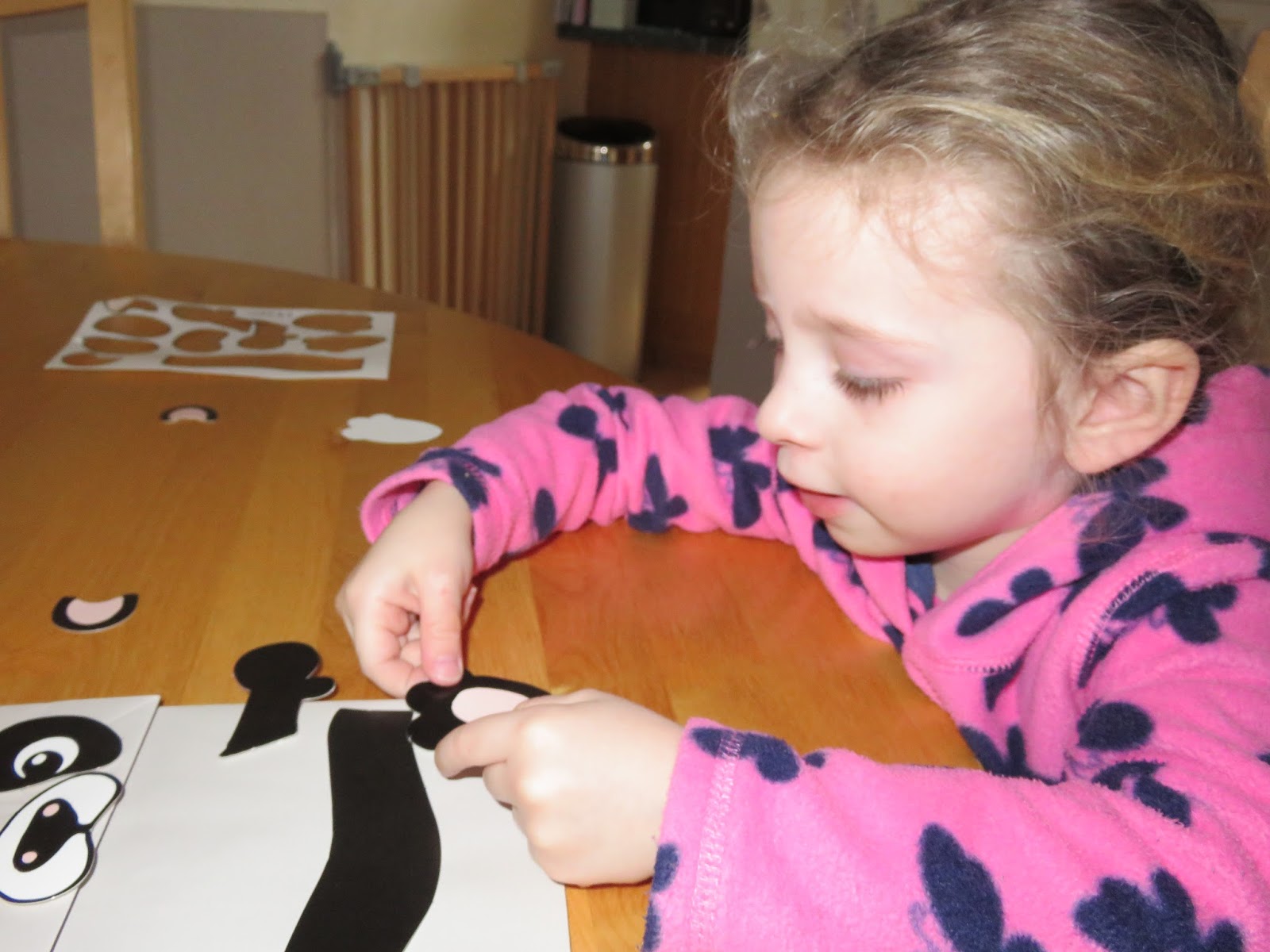 Her first creation was the panda and then we moved onto the lion. 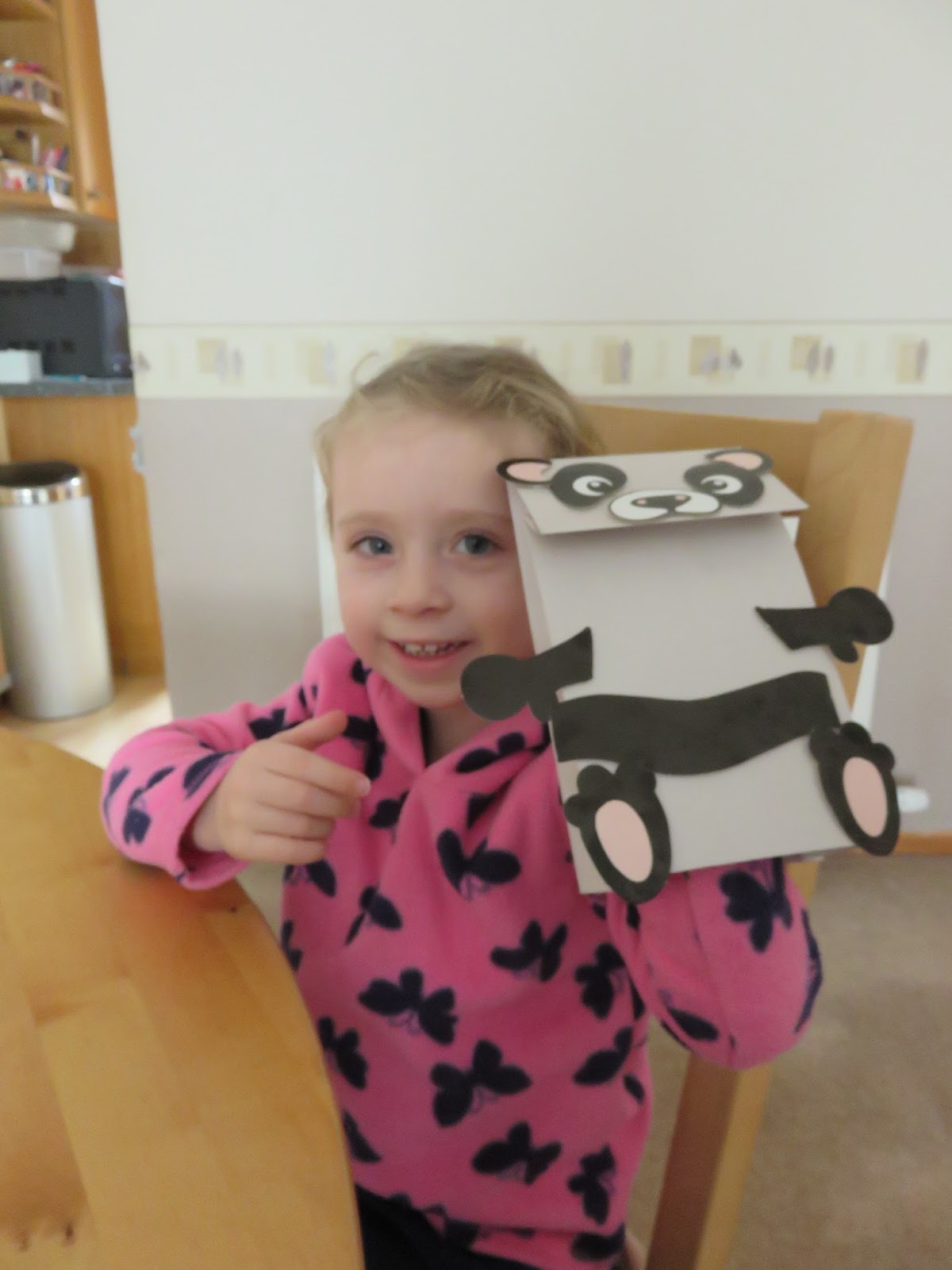 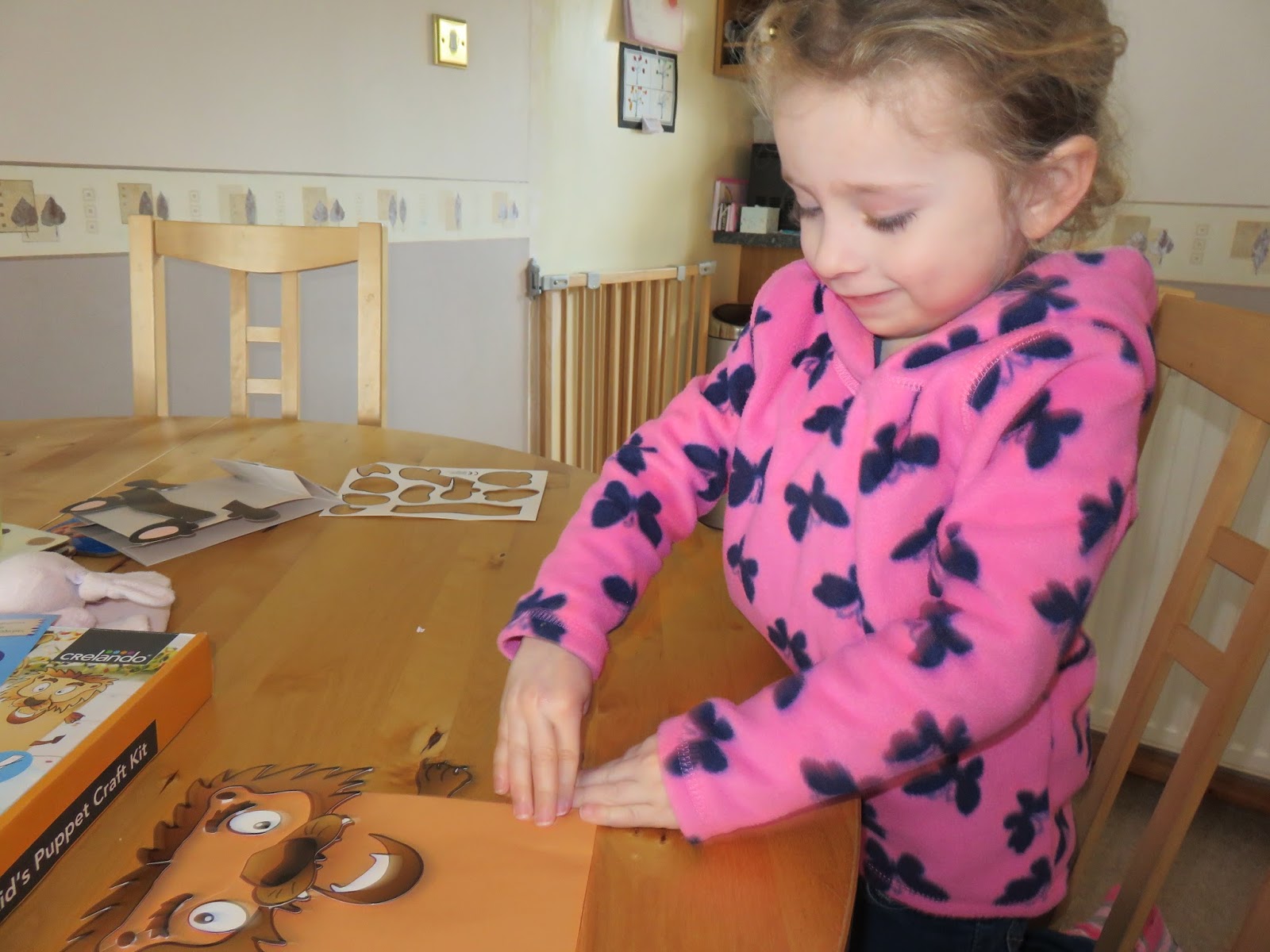 She was rather pleased with the outcome and played with her puppets for quite a while. 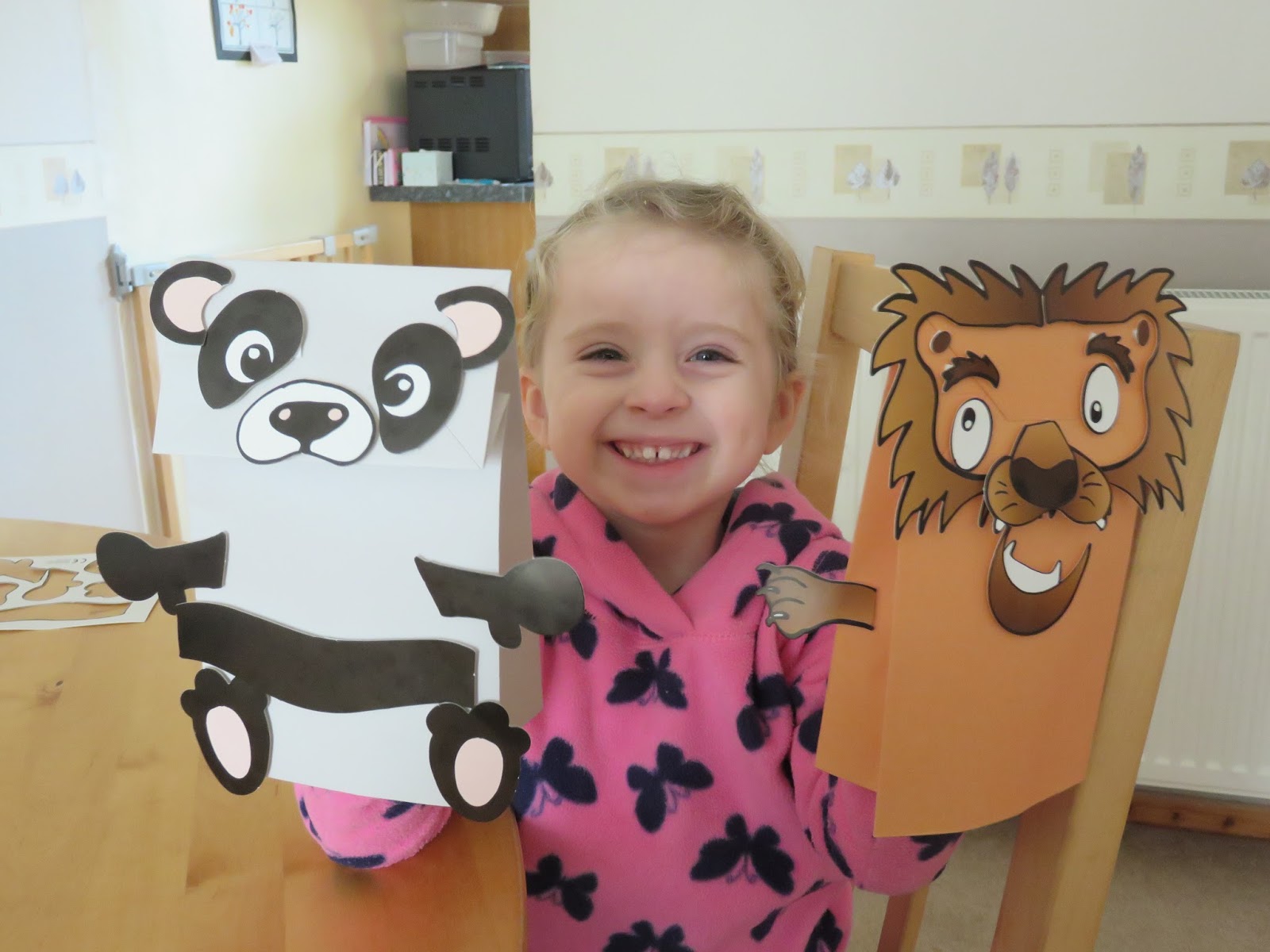 When Little 1 got home from school she was 'allowed' by her little sister to make one too, as her topic this term was dungeons and dragons she chose a dragon and took it onto school the next day to show her teacher. 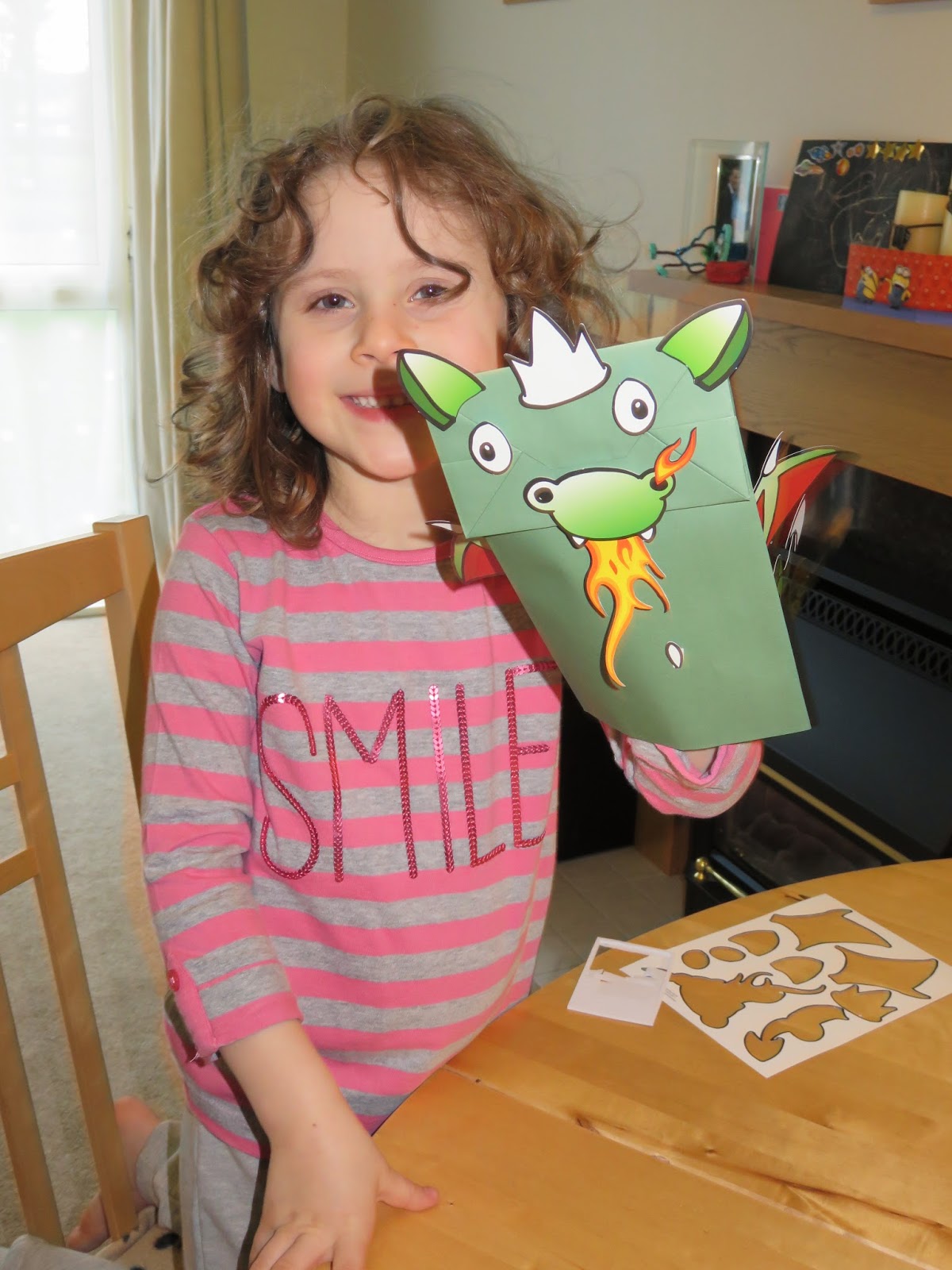 There were 6 puppets in the box so we have 3 left to make another day, the only issue was we had 2 of the monkey press out pieces and no elephant ones (the box had 6 different animals on it) which had to be the one Little 2 chose to do first but she was easily persuaded to do the panda instead and we managed to avoid a crisis!

I love simple clean fun like this, what do your children like to do?
at 12:18 pm
Email ThisBlogThis!Share to TwitterShare to FacebookShare to Pinterest
Labels: getting crafty, little 2, little ones