So it really won't be long now before Little 3 makes an appearance, I am due in a week and have been suffering a lot in the last 2 weeks with backache and braxton hicks, rising blood pressure and waking in the night with some really uncomfortable sensations so I am hoping HE (yes we are having a little boy!) will arrive soon and not keep us waiting too long.

As we already have two gorgeous little girls, knowing that we will stop at three children and that we are having a little boy has made one Daddy very happy, he literally could not wipe the cheshire cat grin off his face after our 20 week scan so everyone knew what we were having just from looking at him when he returned to work afterwards! I had convinced myself that Little 3 would be another little girl, I was quite sure of it, and that was perfectly lovely (as I love my girls) but I know Daddy secretly wanted a son. It did actually take me a few weeks for it to actually sink in that we were going to be having a baby boy, I'm not used to boys!

The last couple of months have been quite strange, nice but also like a kind of end of an era feeling, sorting through the girls old baby and toddler clothes and tiny girly bits and bobs. Some we have given away to a friend expecting a baby girl (it was hard to see some of the lovely dresses go I can tell you), others I have sold on ebay and others I gave to charity. I had a little fun in the January sales buying a few babygros, outfits and tops etc in the sales and picking up a few new bits we needed and the odd boy thing here and there using the money I had made so along with all the neutral things we already had, he will have enough clothes to get us through the first few months.

We finished the nursery a couple of weeks ago and I just wanted to share a few pictures with you. Before it was a nursery this room was the office with two blue walls and 2 green walls and blue curtains so once we had found out that we were having a boy we decided not to repaint it (as it was done not that long ago when the extension was built anyway). We had a neutral jungle themed nursery for Little 1 and 2 which was pale green and pale orange and was used by both the girls and then redecorated into Little 2's girly bedroom last year. The jungle bedding and curtains etc didn't really go with the blue of the room and I had seen some blue and green nursery things that I liked in a catalogue so we decided to not use the jungle things this time and just set up a little boy's room instead hoping not to have to redecorate until he was a bit older. 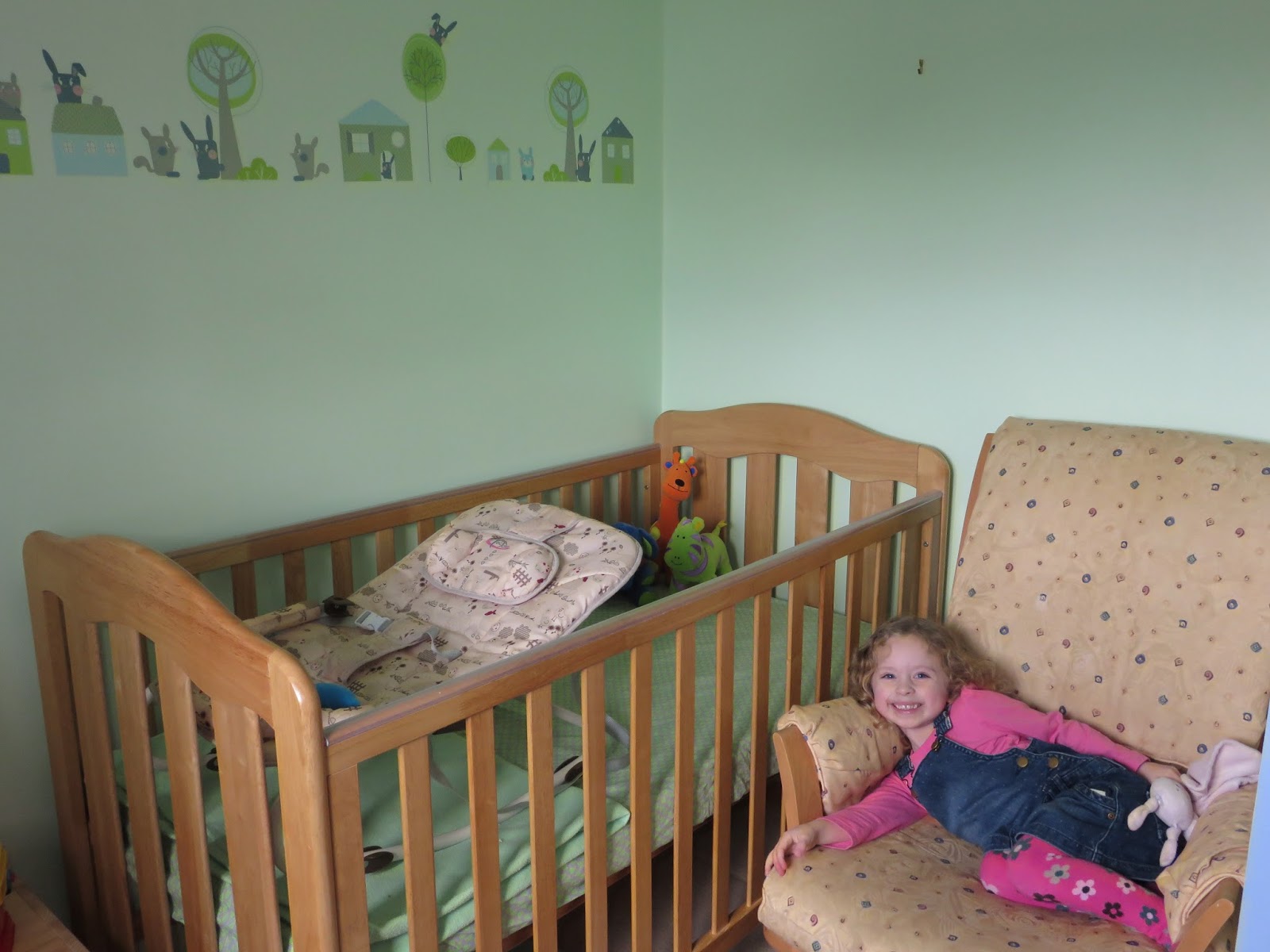 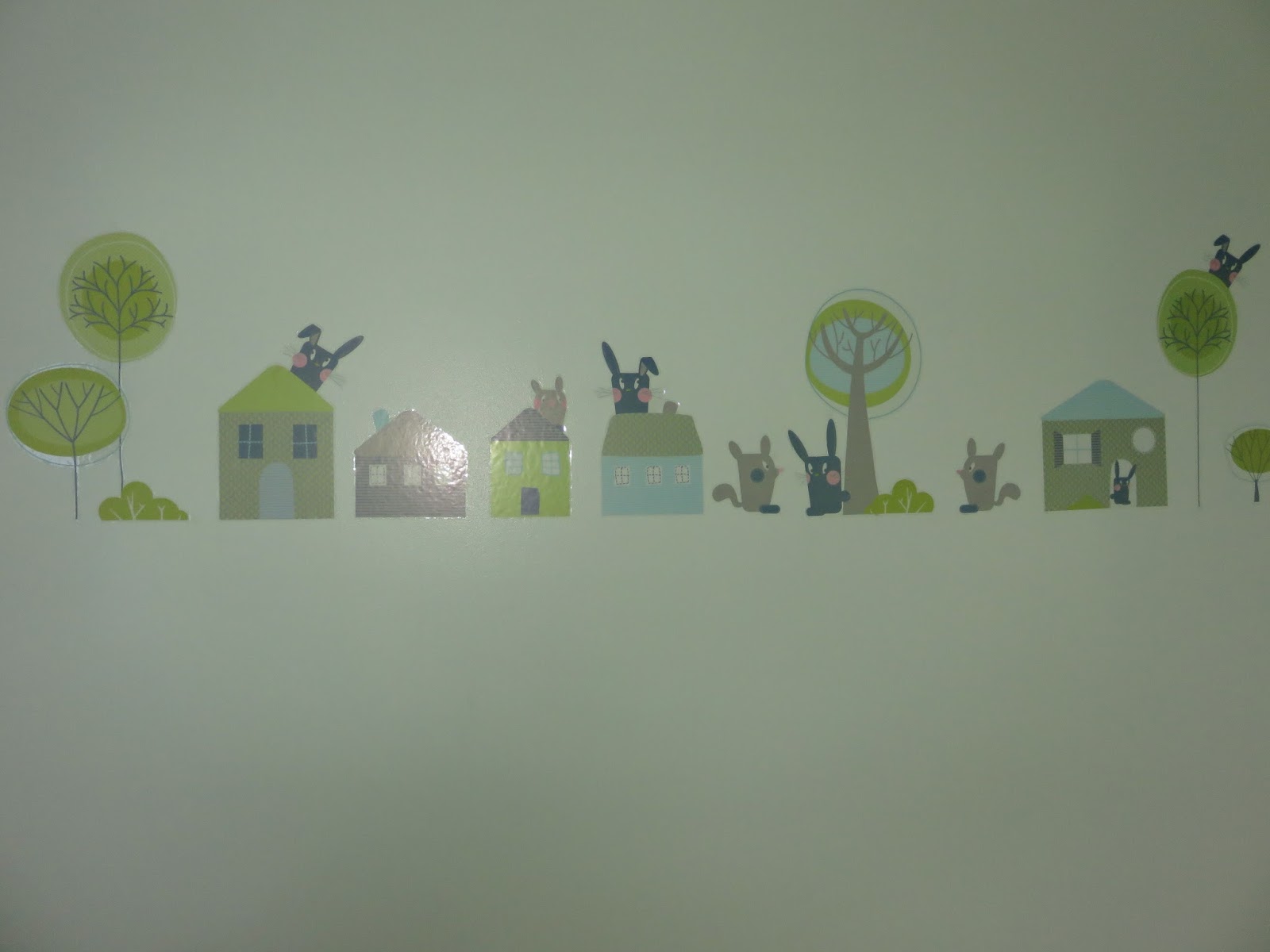 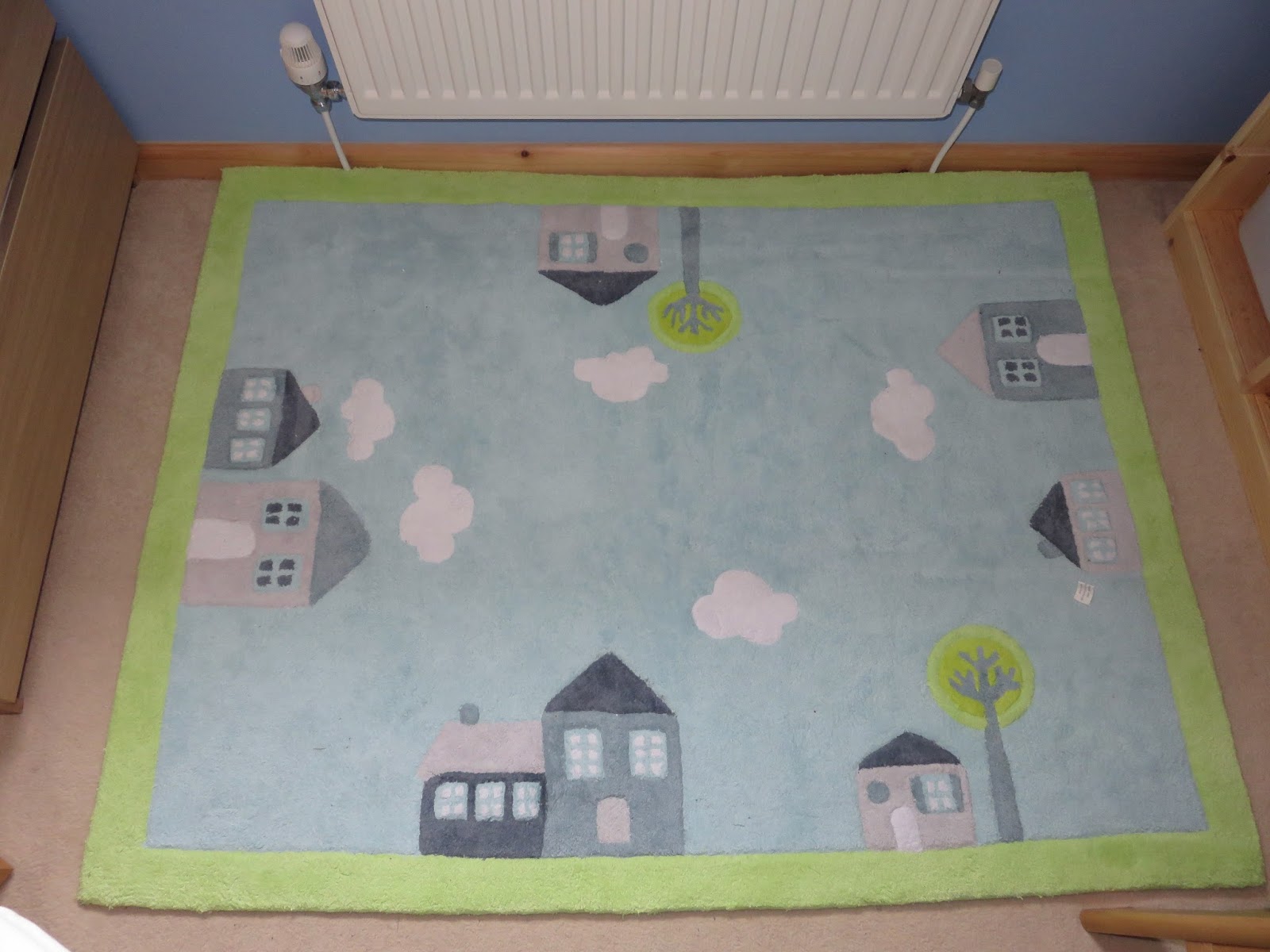 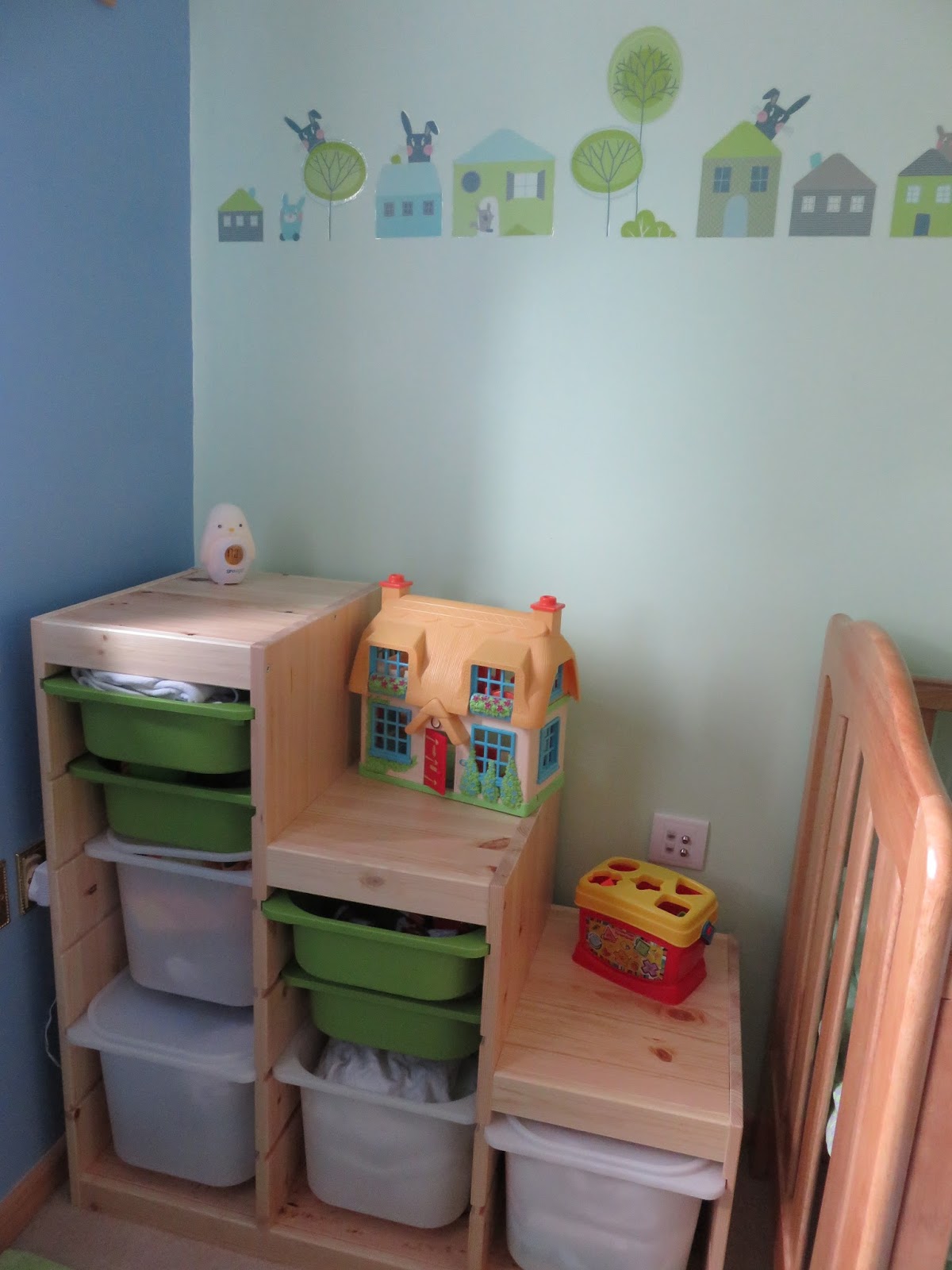 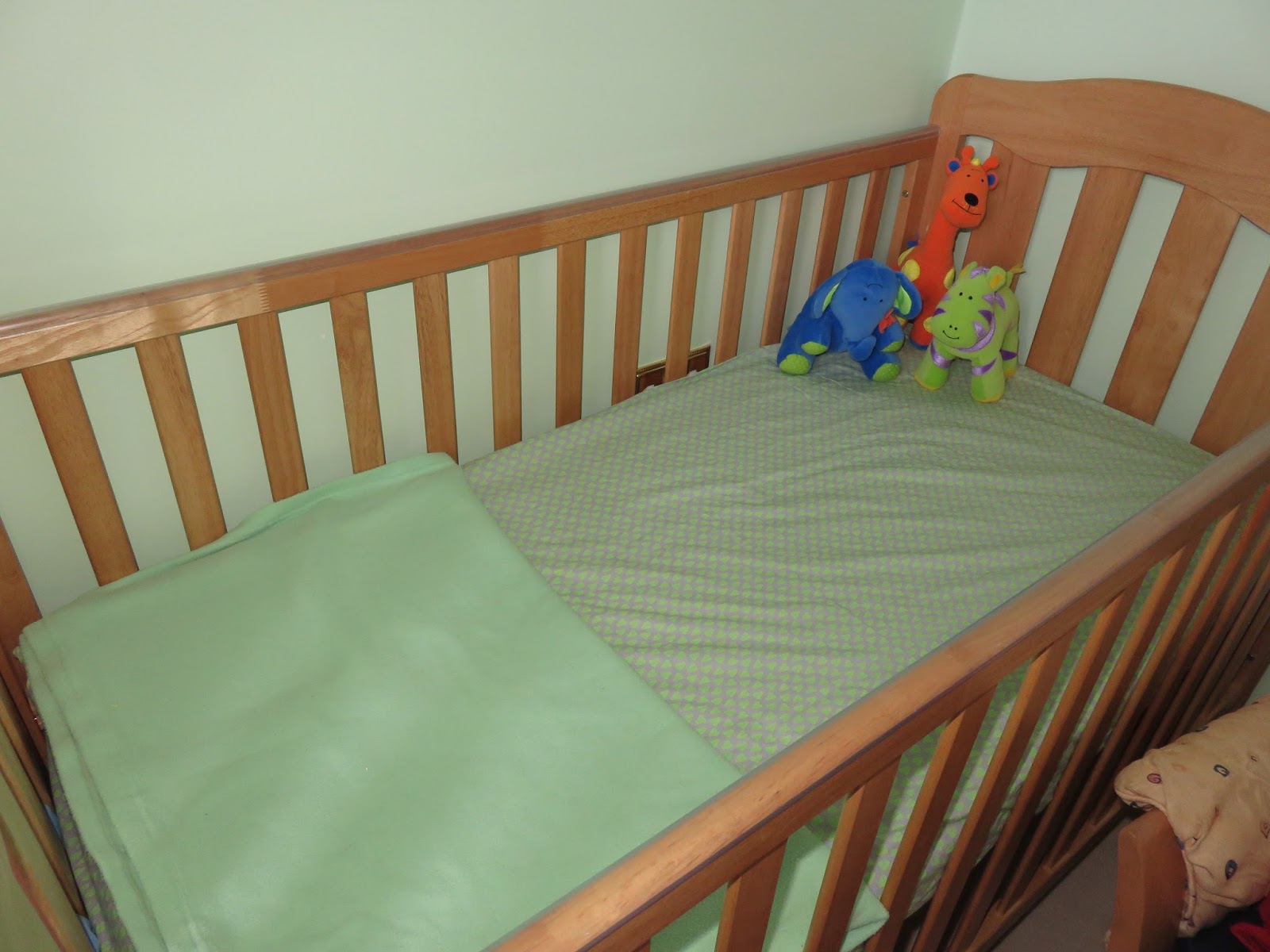 Wall stickers, Rug, Sheets and matching sleeping bag (not pictured) all from Vertbaudet.
Blanket and cuddly toys - from our old jungle nursery originally from' Babies r us'
Storage Unit and boxes, chest of drawers- Ikea

This Little one will also be wearing cloth nappies - there will shortly be a post on that - I couldn't resist sharing a photo of my new nappy stash, all ready and waiting to go too! 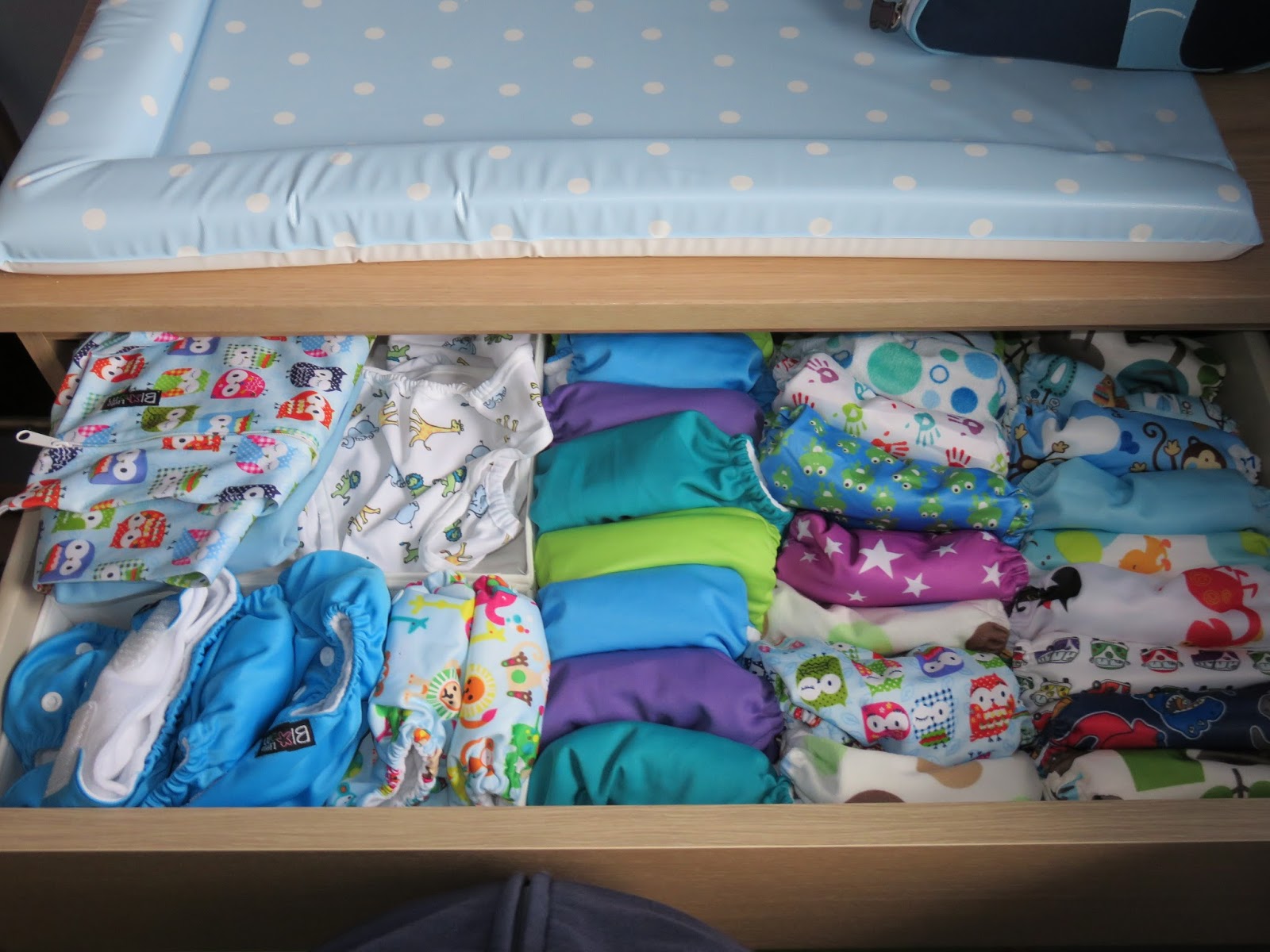 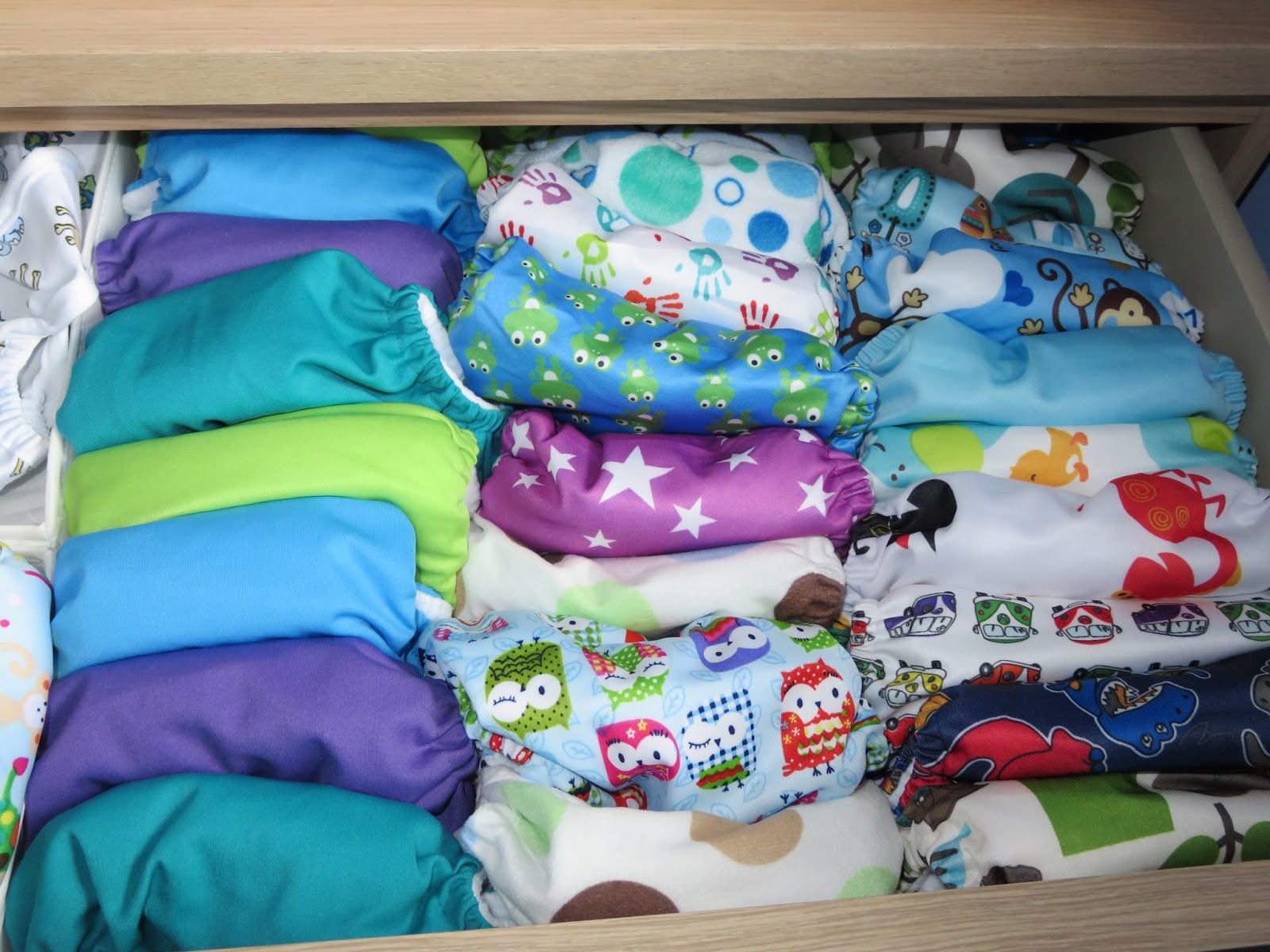