Yesterday was Little 2's third birthday, the past year has gone so fast and she really has changed so much. She has been more like a 3 year old for much of the past few months anyway as she became top dog when Little 1 started school and became fiercely independant wanting to dress herself and take herself off to the toilet alone, even though she has difficulty getting on the seat! She started playgroup then too and settled straight away loving it there and wanting to go everyday but she is still my baby, she still needs her Mummy, thank goodness.

Little 1 had to go to school, but she didn't mind as she loves it there, Daddy had taken the day off so we drove to a favourite soft play centre at Little 2's request. She and Daddy had some much needed one on one as they climbed, jumped, slid, bounced and chased each other around the apparatus for a whole 2 and a half hours while Mummy had a cup of coffee and a chat with Nanny (I forgot the camera was in the bag so didn't take any photos!).

Little 2 had wanted a party and been talking about one for ages after we'd held one for Little 1's 5th birthday back in October but we weren't going to have a proper party for her as she doesn't have many little friends of a similar age and Me being quite pregnant now too didn't feel up to it but we had family round for tea and she had a great time. She put on her favourite princess dress up dress and her new tiara, we had decorated the room with a few birthday banners then fueled with her dinner choice of pizza and a princess birthday cake (I didn't make one this year but I usually do!) she played happily with her new things along with Little 1. She thought it was great and was a very happy little girl when she went to bed. 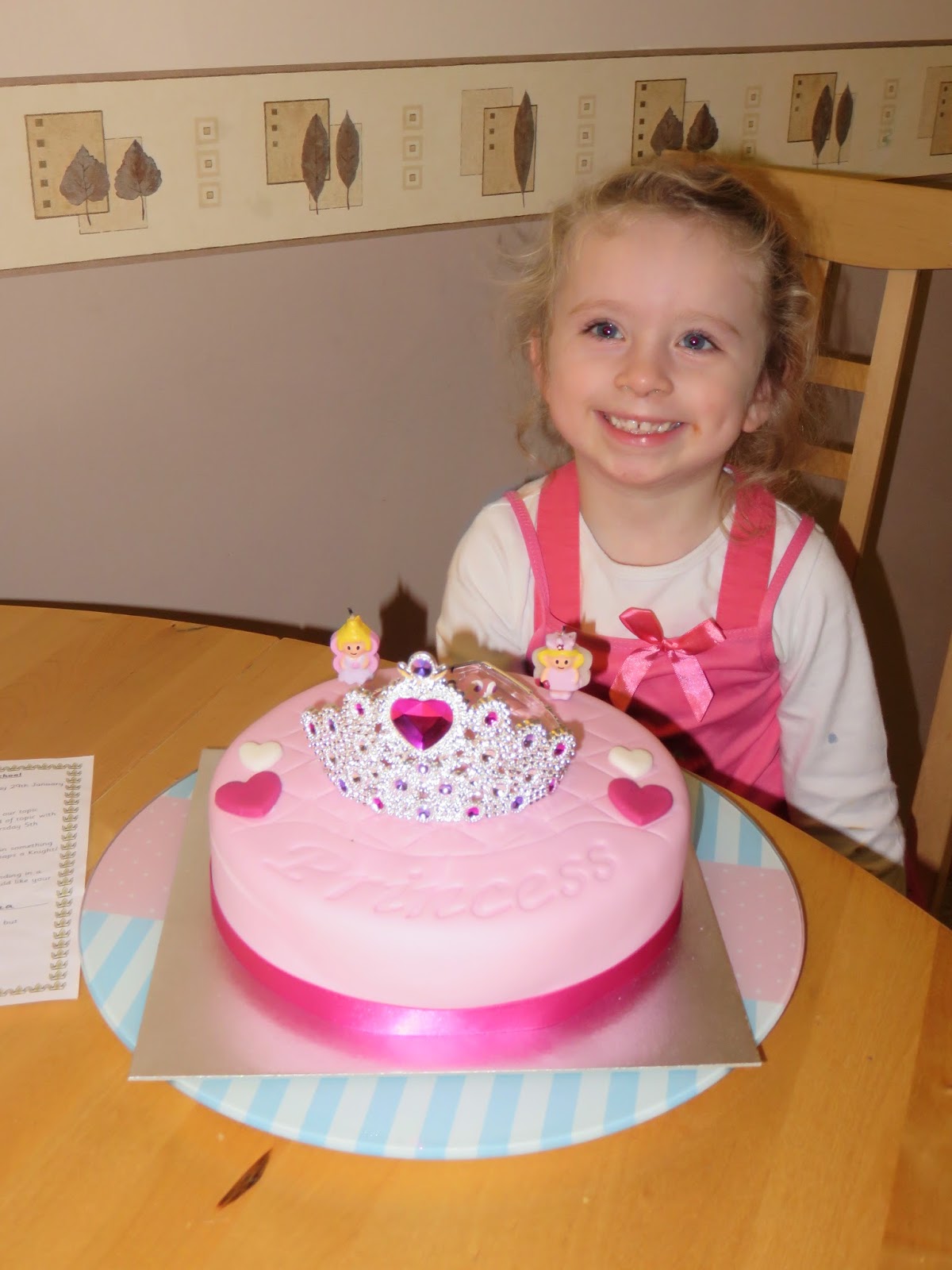 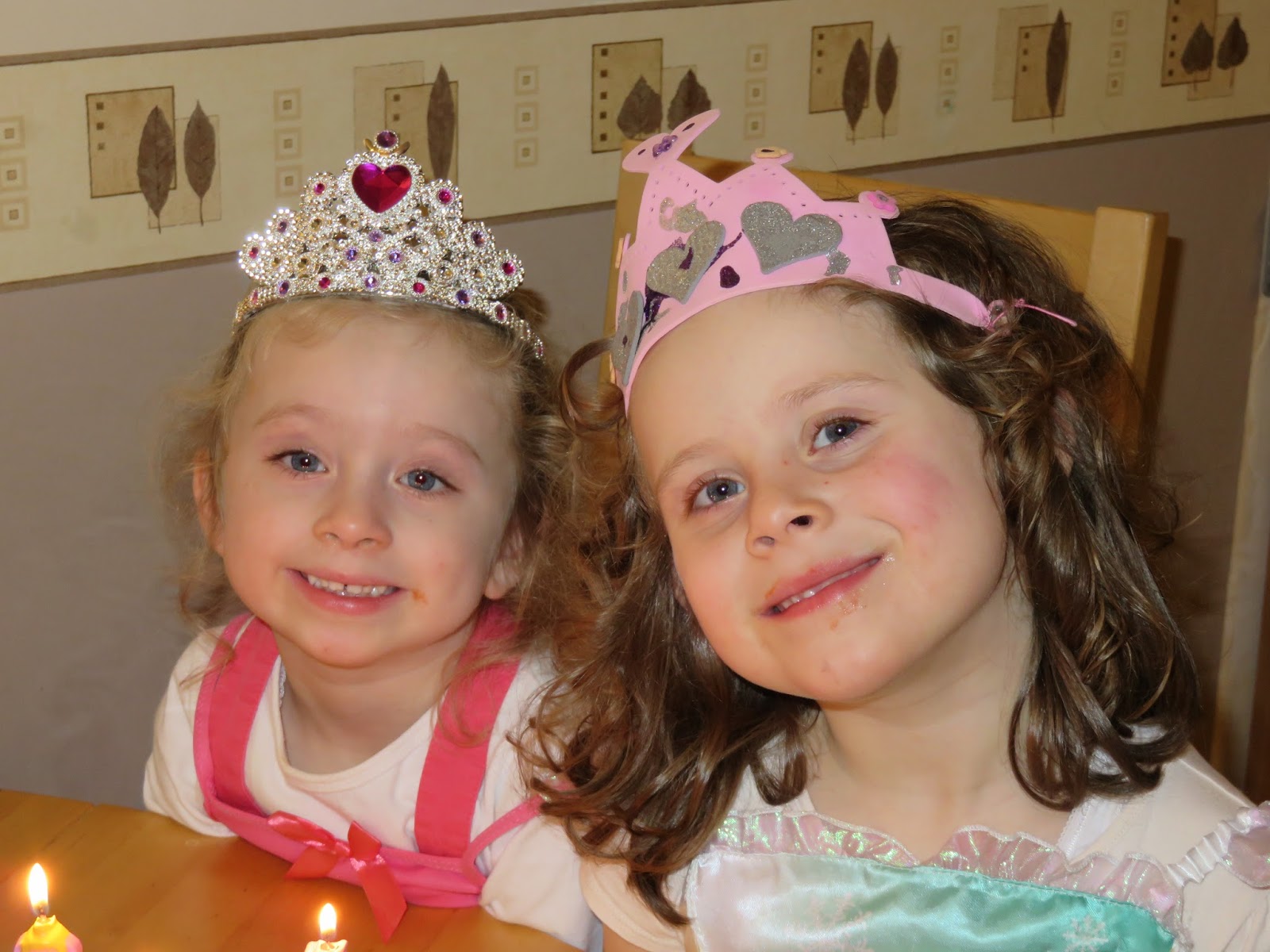 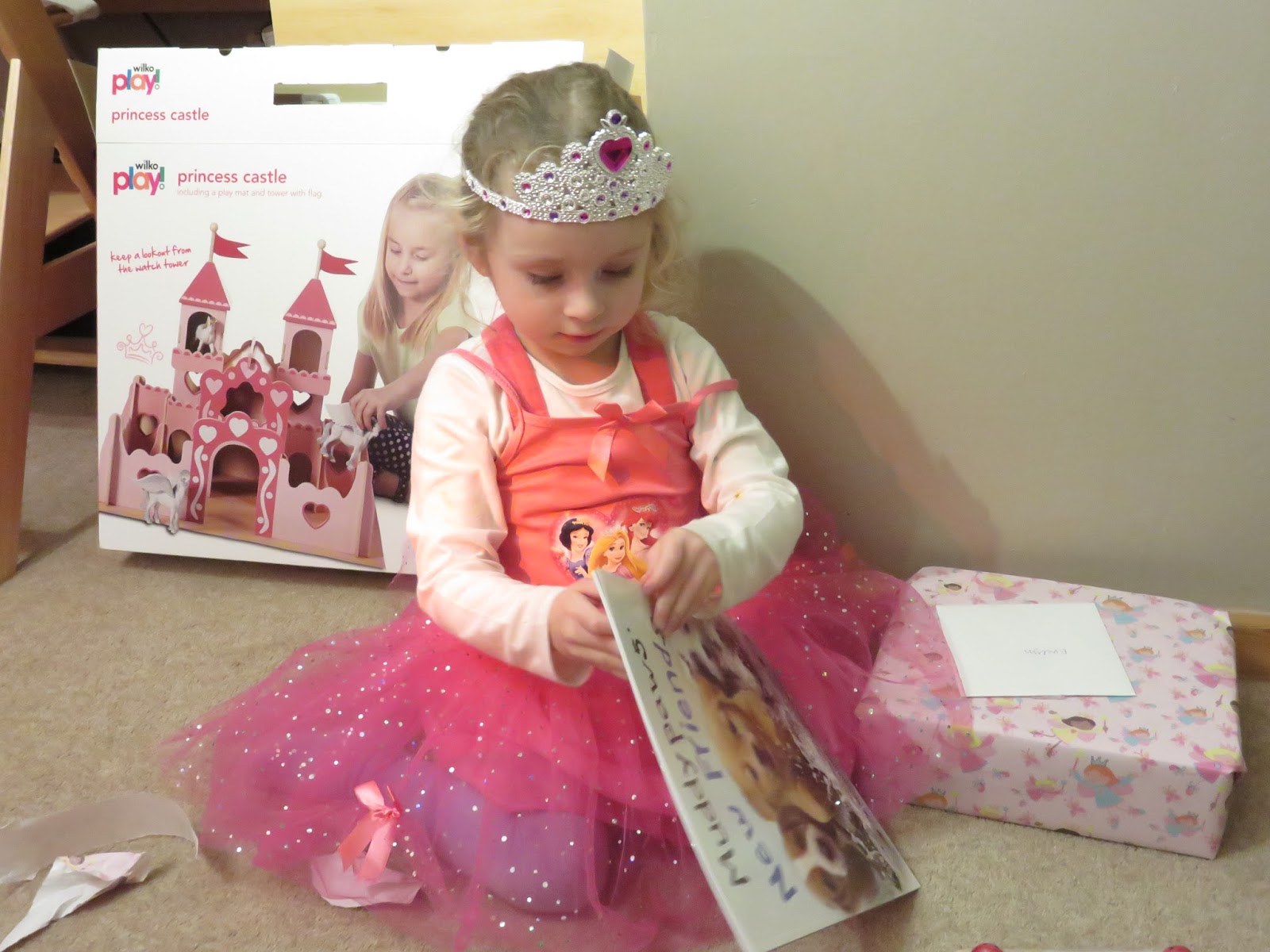 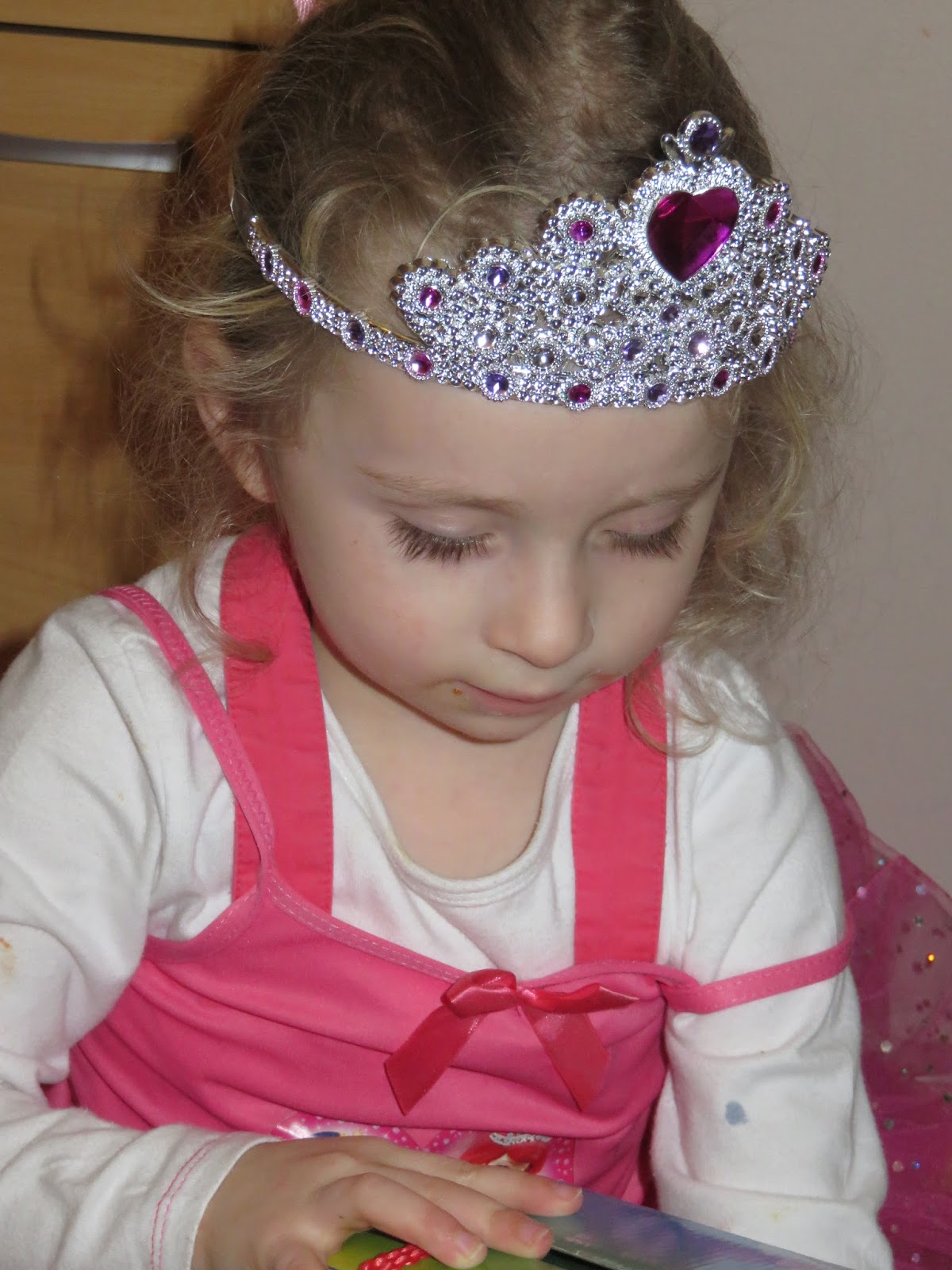 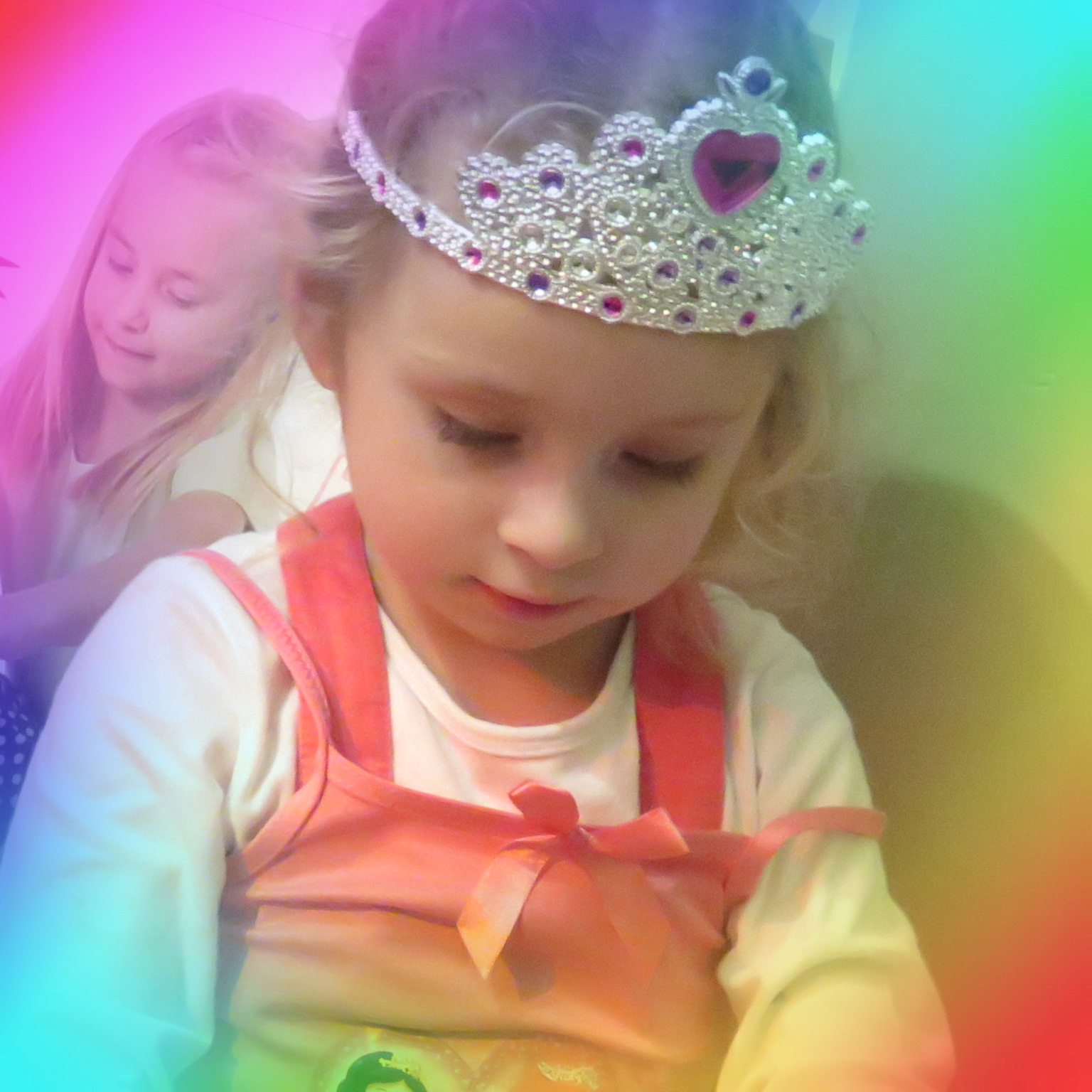