When you are a child there is nothing like a good sized cardboard box to play in, over the years we have had many a cardboard box and hours of play from them. Generally the Little ones like to turn them into boats and beds and play in them together and with their teddies and dolls. We have also been more creative and have, in the past, decorated them, made a castle and a car.

The Little ones have also, in the past, taken the time to chill out in their box and take to reading and sitting watch the television in their own personal space! 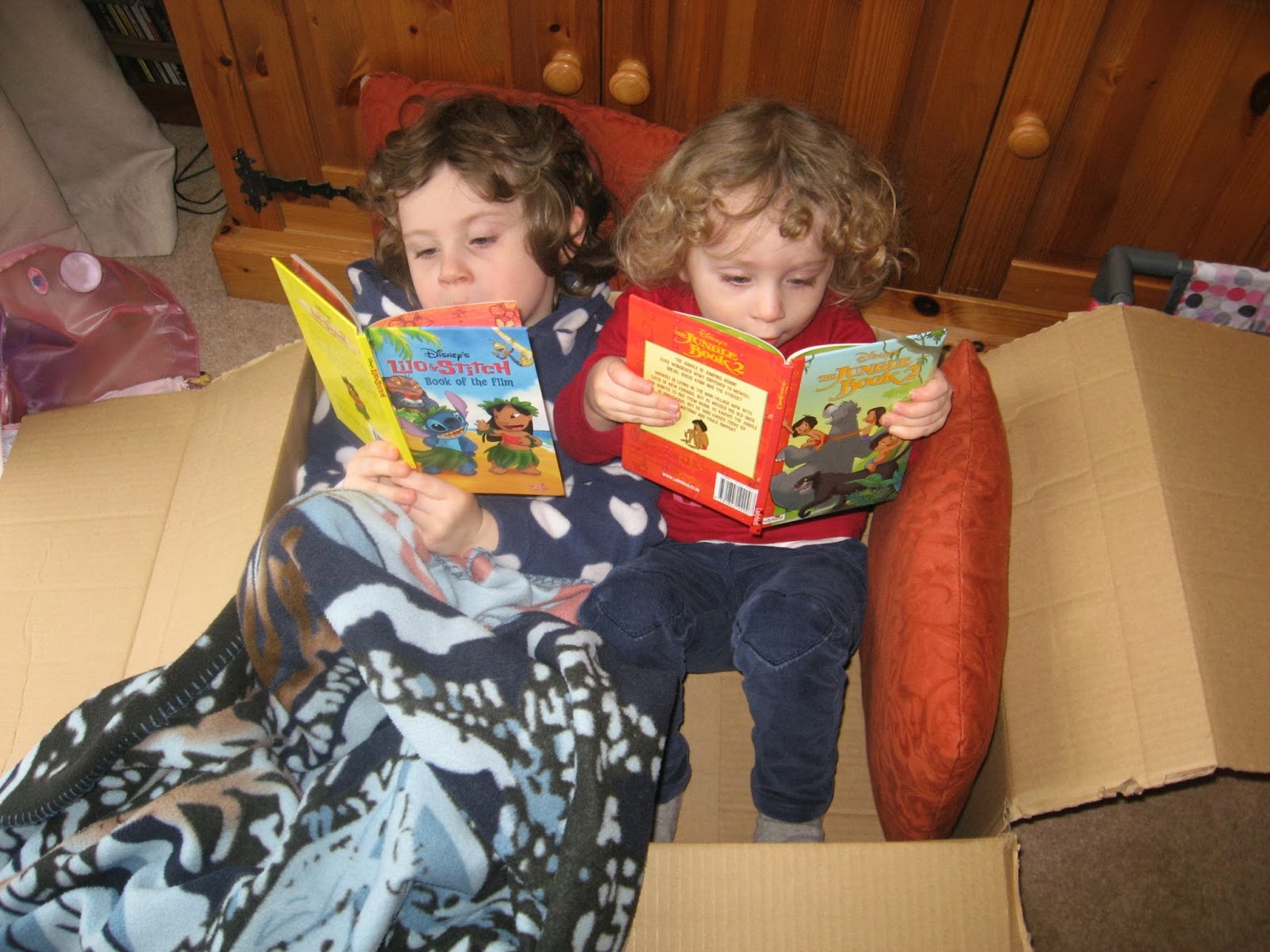 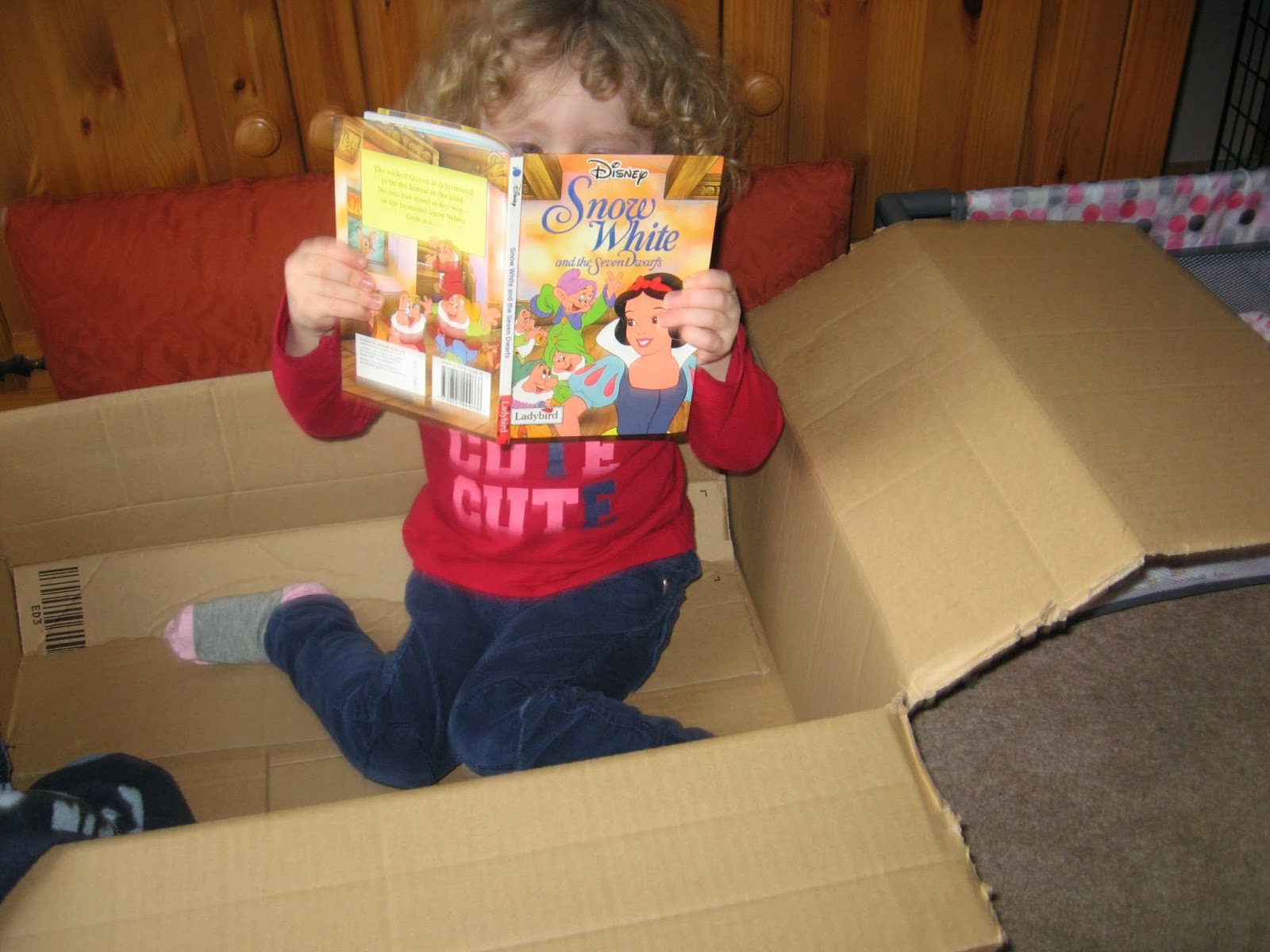 The only problem in our house is most of the time they only last a day or two before they burst at the sides through the girls play, cardboard boxes just weren't designed for two small children and their long legs squeezed inside!

This week we have had a few boxes around as I had been doing some sale shopping for the baby and it all arrived this week. Little 2 has been at home (Little 1 was at school) and commandeered the boxes playing at being Mummy and a teacher to all her children in the box classroom.

One afternoon she spent the best part of 4 hours sat in a box (on and off), talking to her children, playing with the dolls and making them do rollie pollies, dressing them and moving them in and out of the box and around the room to their different activities. It was lovely to watch her play and be so happy with something so simple and it also gave me time to get lots of chores done and put my feet up for half an hour to actually read a magazine!! 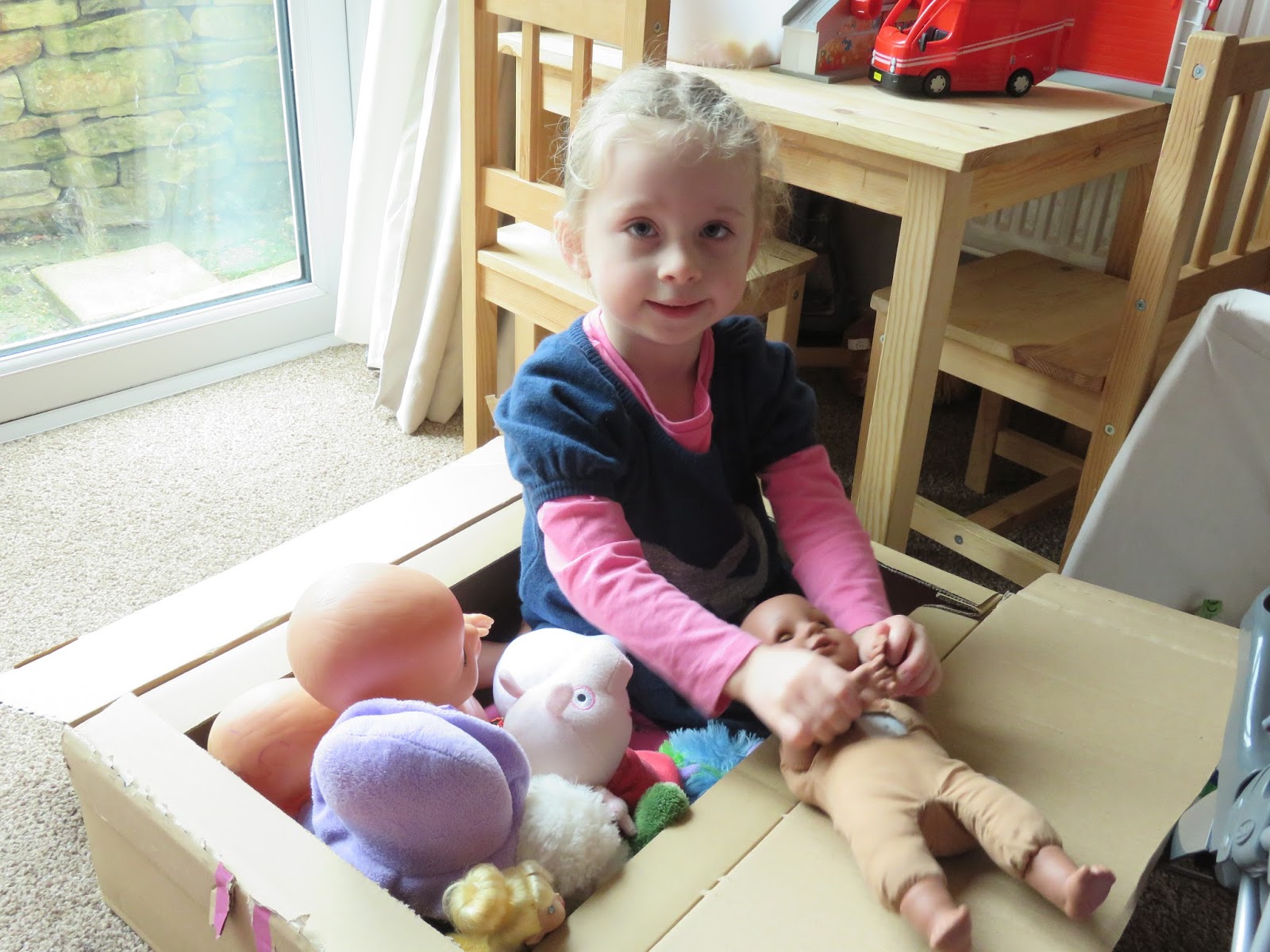 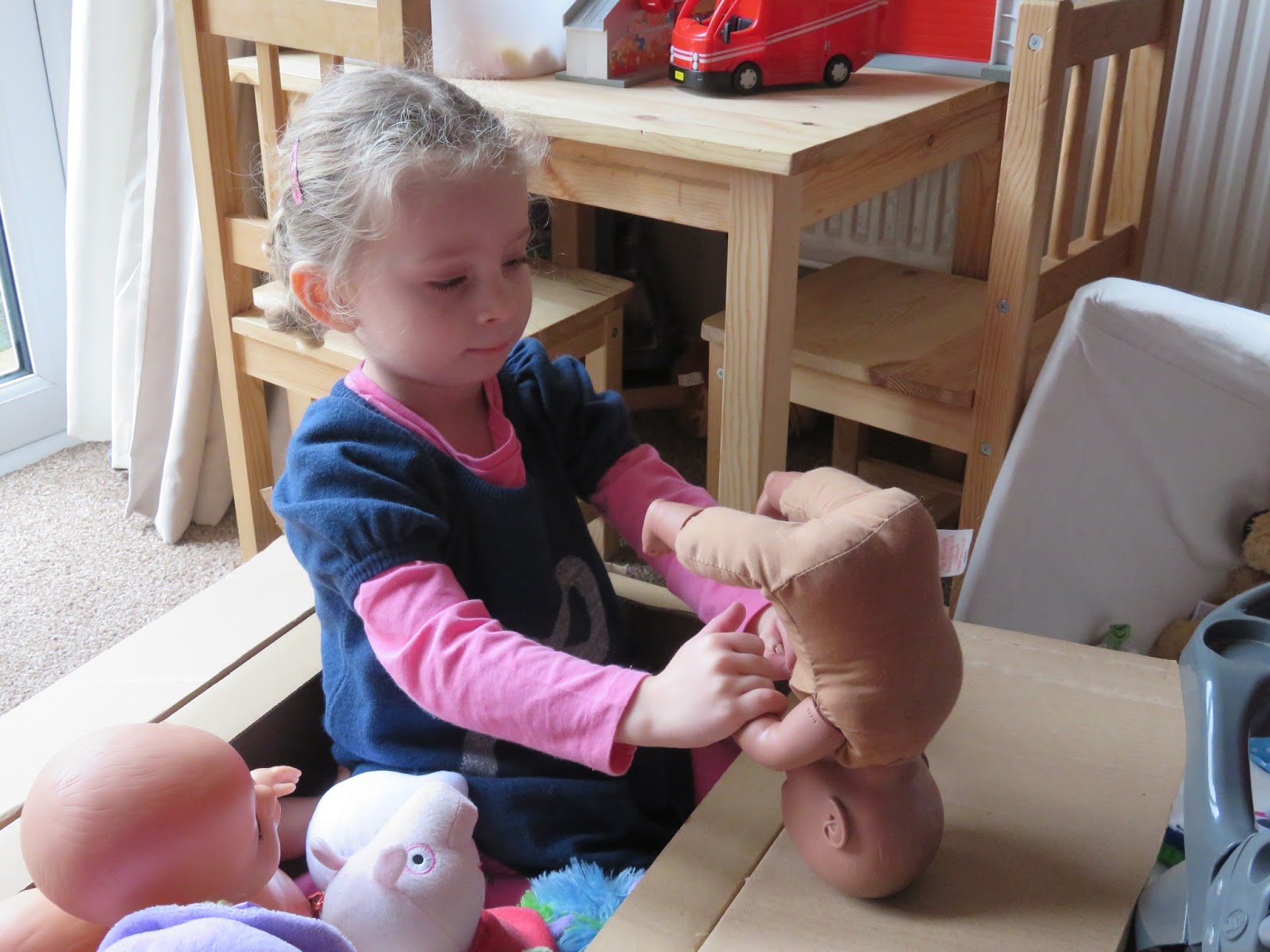 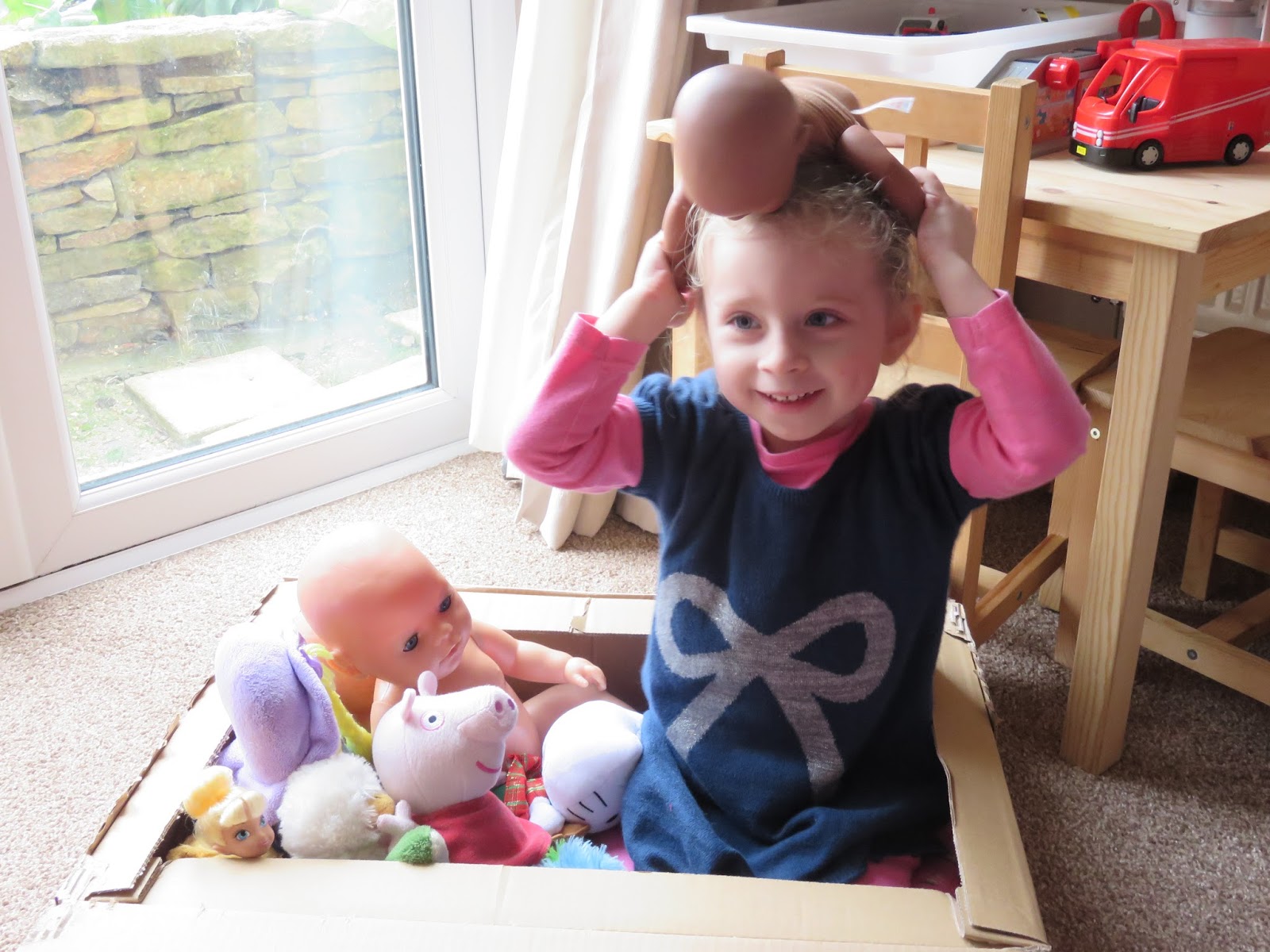 I love the fact that children have the ability to make fun out of anything and stay entertained for so long with something so basic. I wonder what the next box will become.......

at 10:27 pm
Email ThisBlogThis!Share to TwitterShare to FacebookShare to Pinterest
Labels: imagination, little ones, reading, roleplay