A toddler kind of day

Today was a toddler kind of day, there are many of these in our house at the moment, after the school run, a trip to the post office and the supermarket the rest of my day was all hers and so we played. 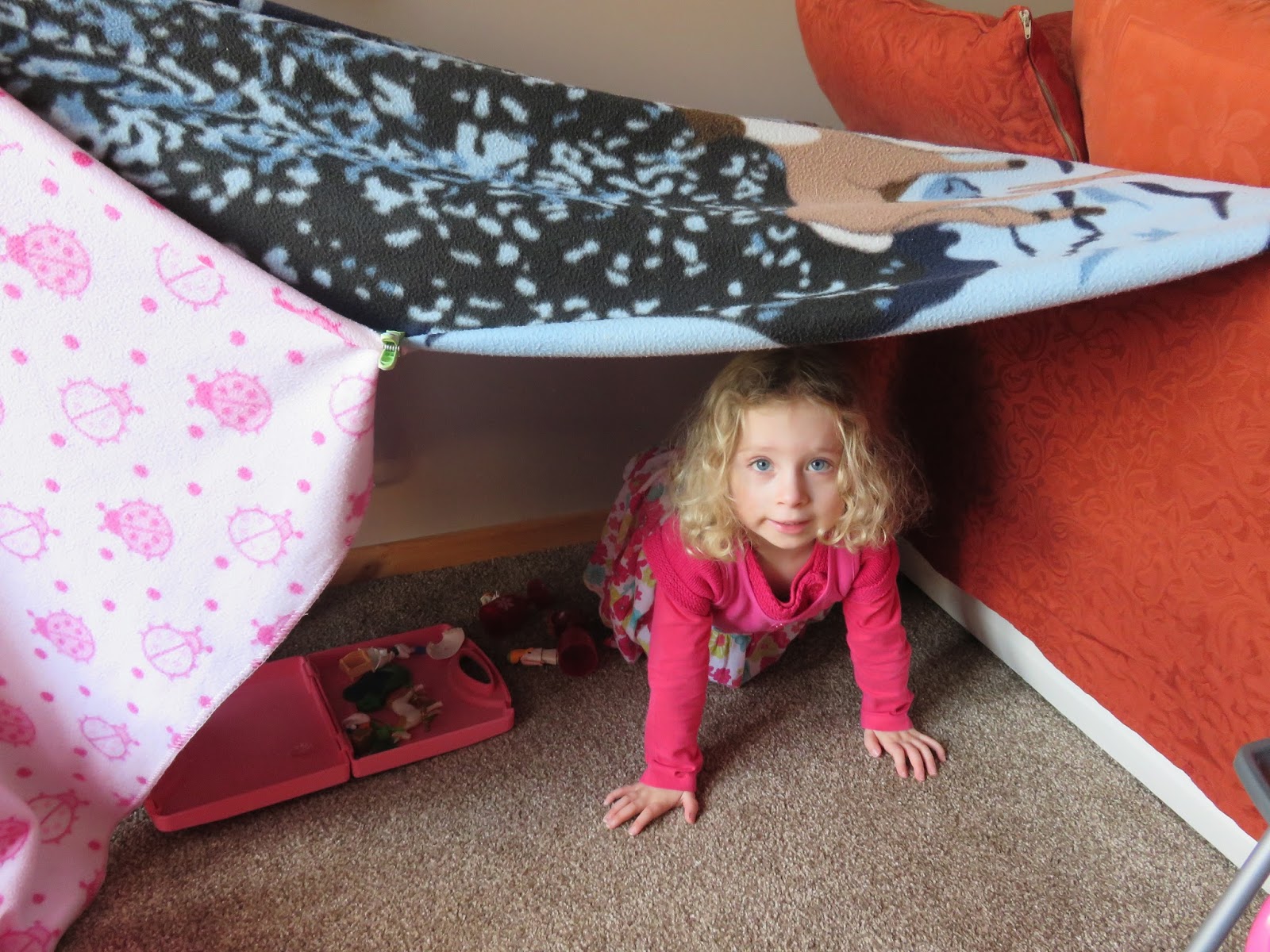 It started with Playmobil in the den, the toy princesses were having a tea party, which of course meant a party dress. Little 2 was initially wearing a long sleeved top, jeggings, normal socks and a sleeveless jumper but insisted on needing a party dress to dance and twirl in for the tea party so chose her summeryist one to wear on top and of course it just had to be worn with thick fluffy socks which HAD to be rolled down! (don't you just love the fashion sense of a toddler). 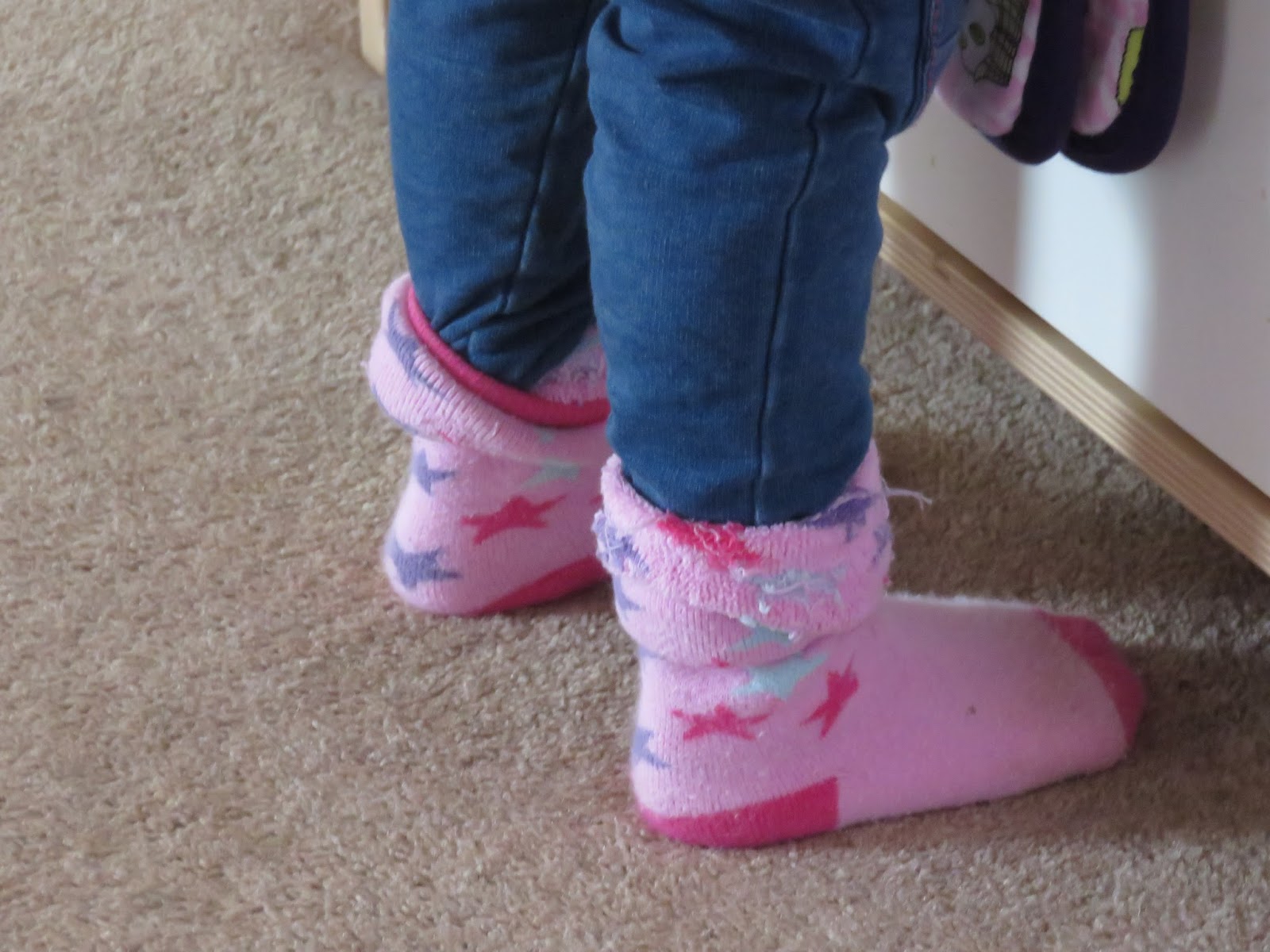 We played in the den and she wanted her picture taken, she doesn't normally like to have her photo done and rarely poses through choice but today she wanted to show off her dress. 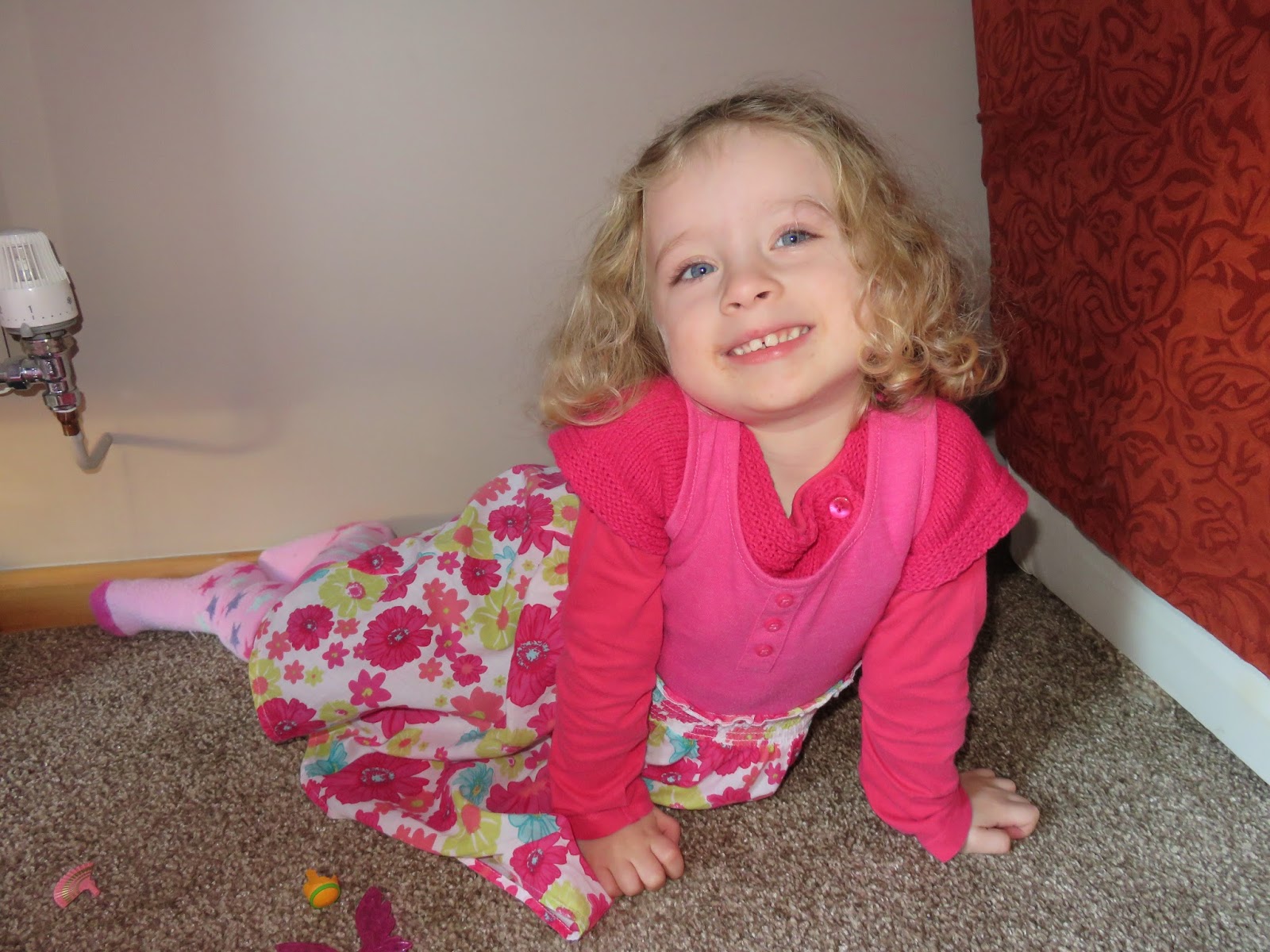 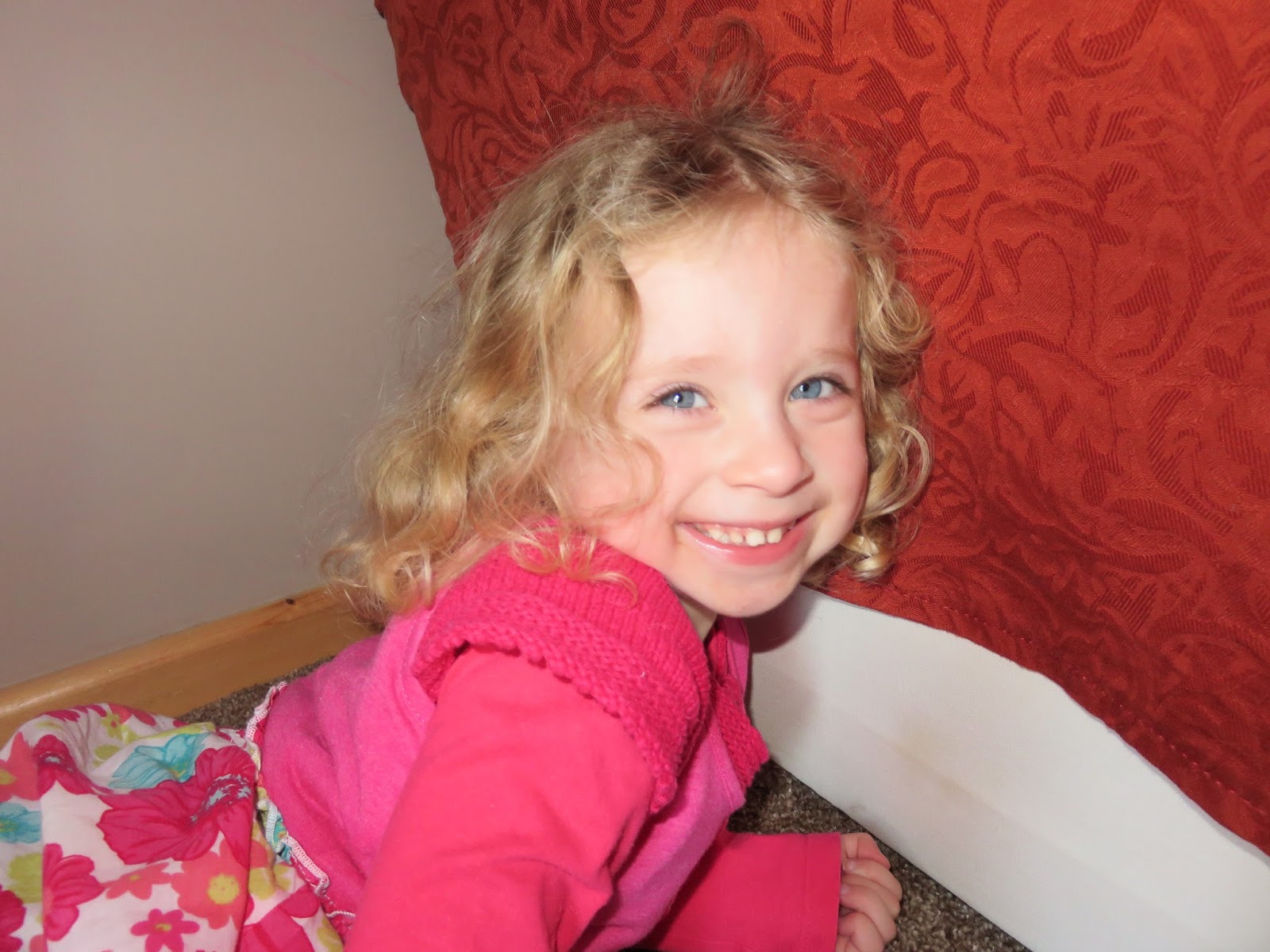 Then came time for the dancing, dancing and twirling is this little girls favourite thing to do at the moment, rarely a day goes by where she isn't wearing a dress over her clothes by mid morning so that she can dance and twirl throughout the day. The funny thing is that she would rather wear trousers or a skirt and tights in the morning than a weather appropriate dress that she could twirl in all day! 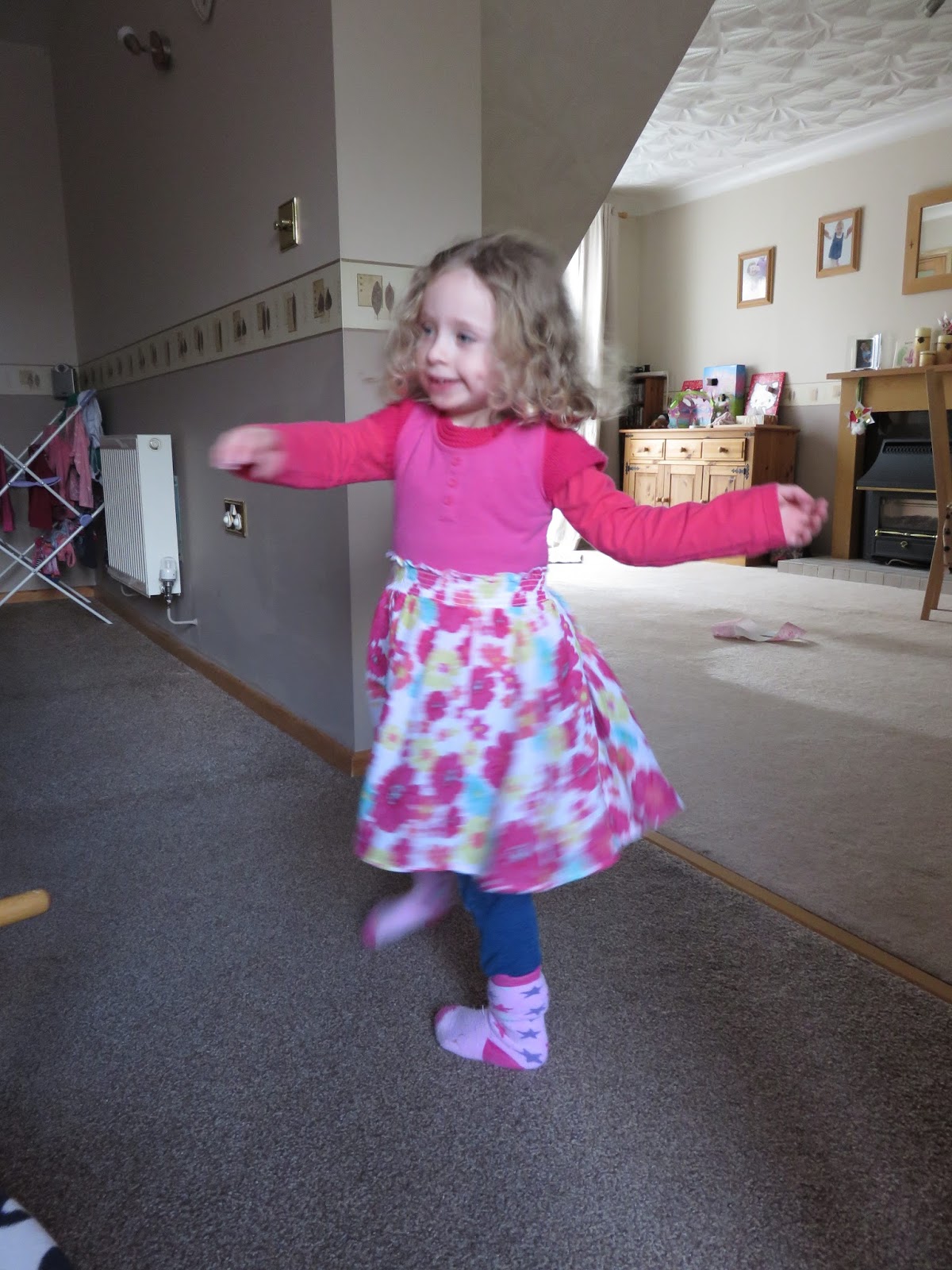 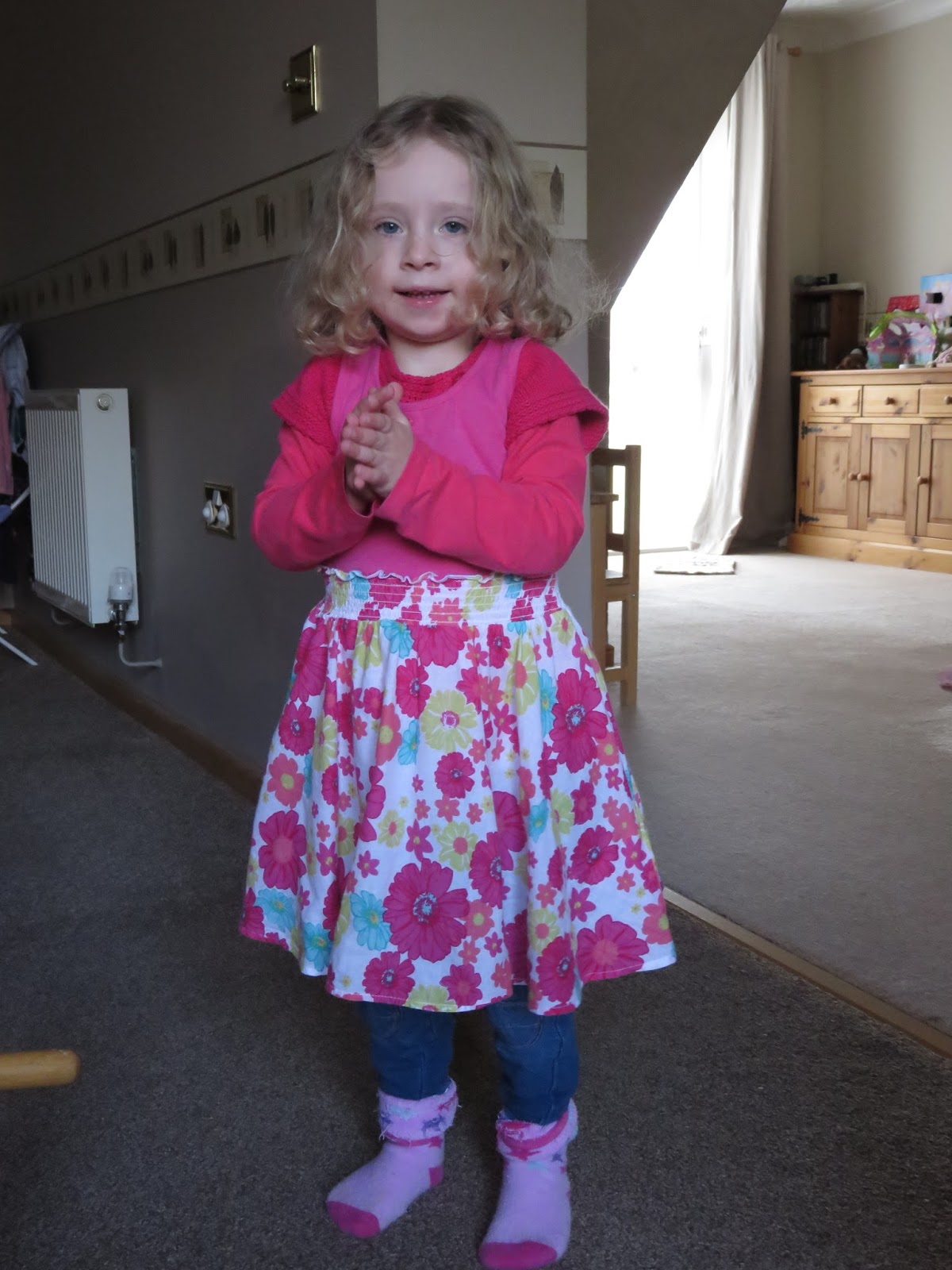 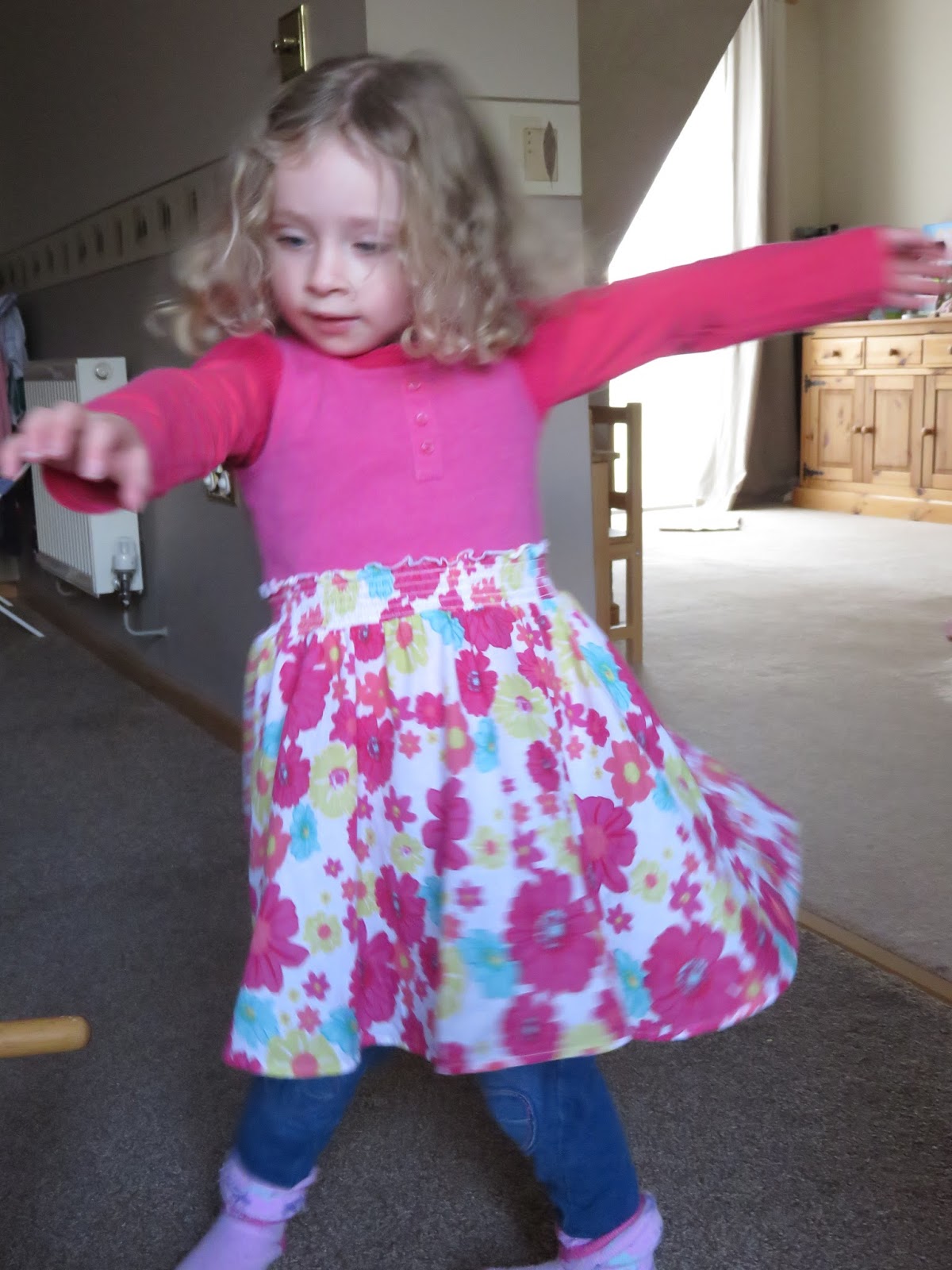 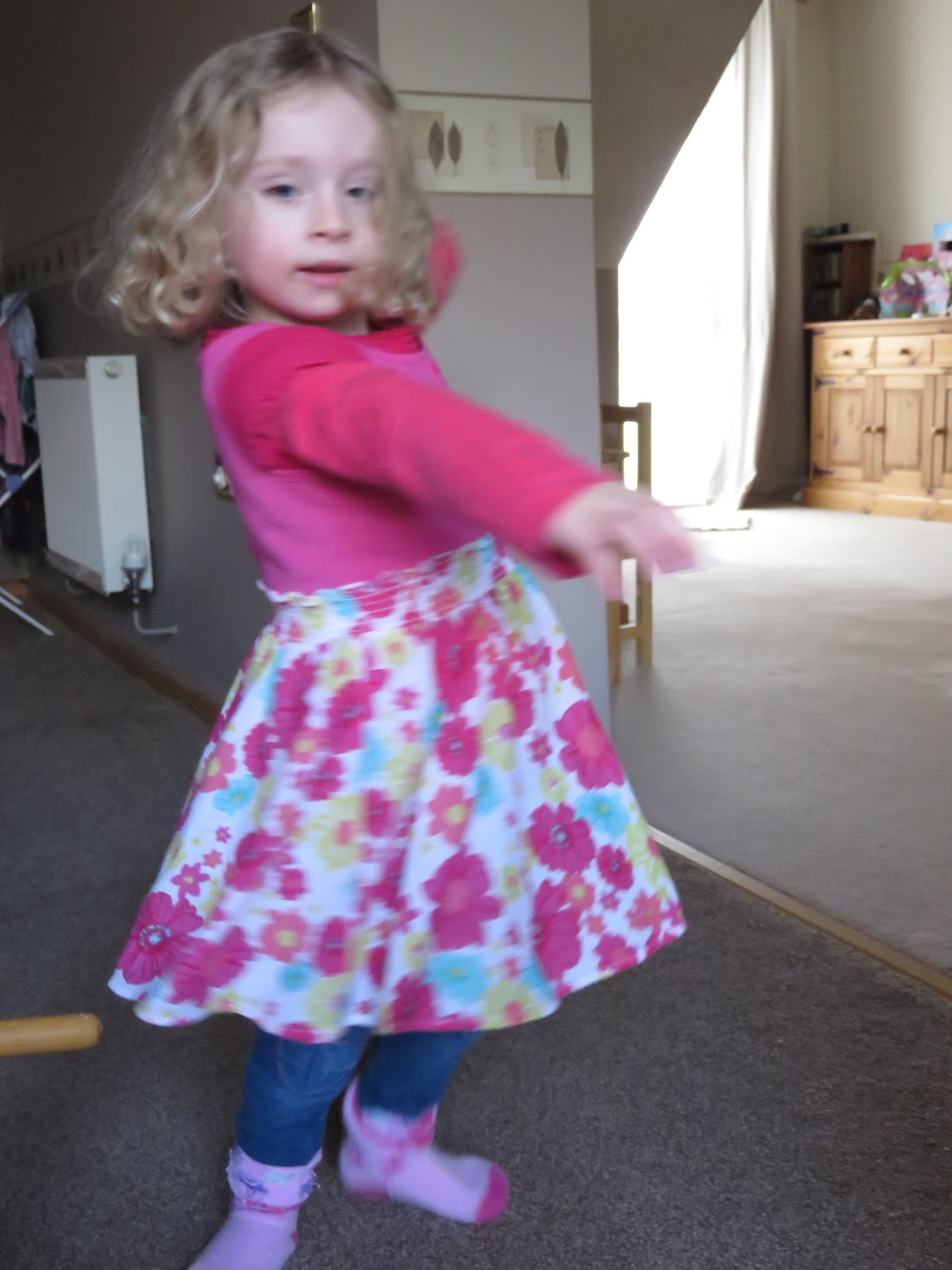 After a spot of lunch we played with the babies and made dinner with the Playmobil figures before having a chill out and watching a bit of Peter Pan on dvd before collecting Little 1 from school. All in all a pretty normal school day in our house. 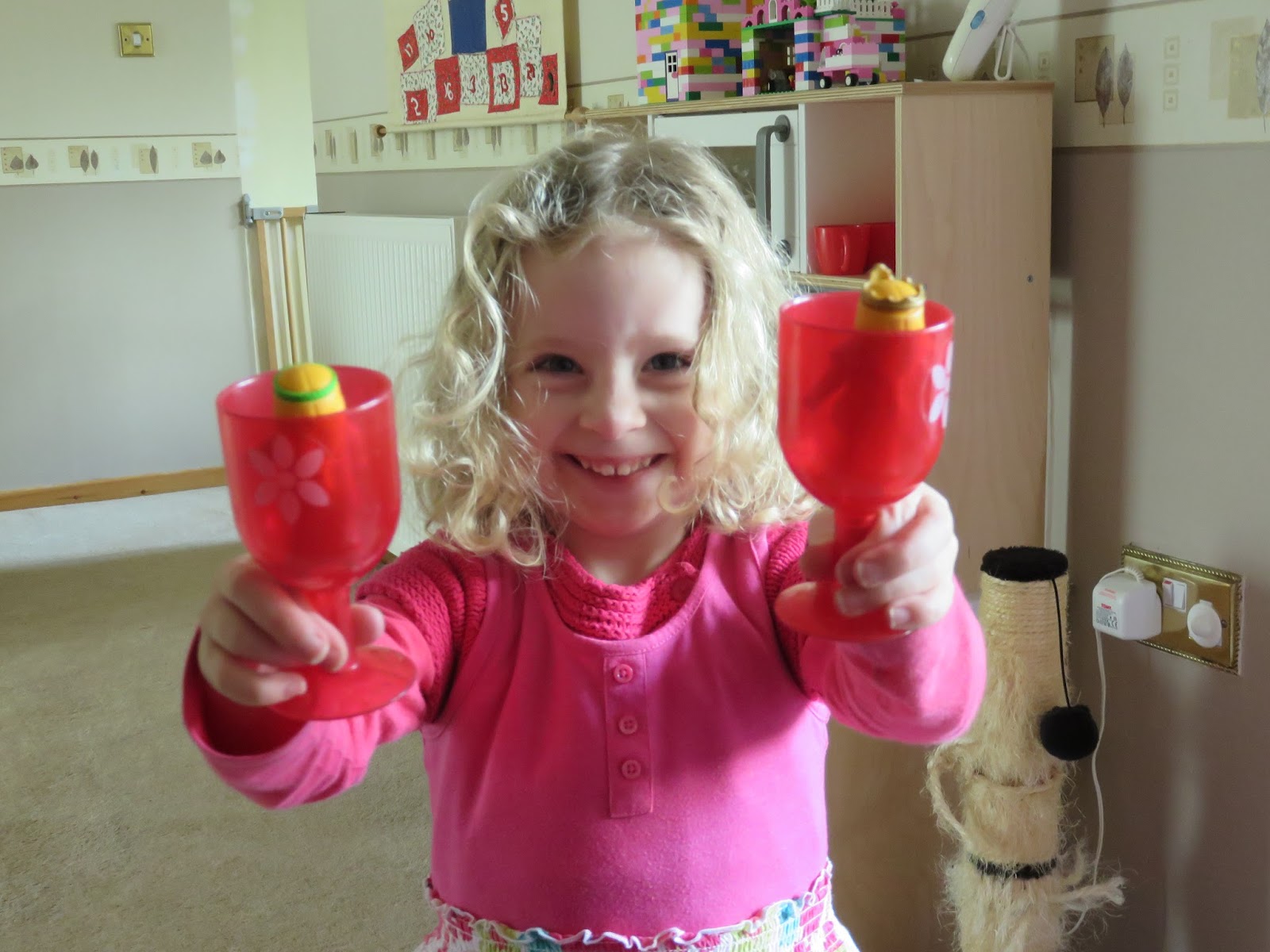 at 2:32 pm
Email ThisBlogThis!Share to TwitterShare to FacebookShare to Pinterest
Labels: growing up, little 2