Running around in Richmond park

During half term we spent the weekend with friends in London, fellow blogger Karen over at Would like to be and her family. While we were visiting they showed us the wonder of Richmond Park. Having only been to London once, recently for Britmums, I didn't really know anything of the green spaces that London has to offer, I was impressed by the size of the open space in Richmond Park.

We drove around the road inside the park and took in the sights, the trees and the greenery with the city looming behind. There were lots of deer that were actually quite tame roaming free and lots of people watching and photographing them, it was lovely to see some big stags with huge antlers too as we drove around.

Karen took us to the ponds near the middle and we all got out for a stroll. It was the perfect opportunity to take some pictures of the girls together. Two thirds of the photos in this post were taken by Karen's lovely husband and his camera, the remainder were taken by me, you can probably spot which ones are mine, the darker, less sharp ones, but the good news is I am getting a new camera for my birthday next week, yay. 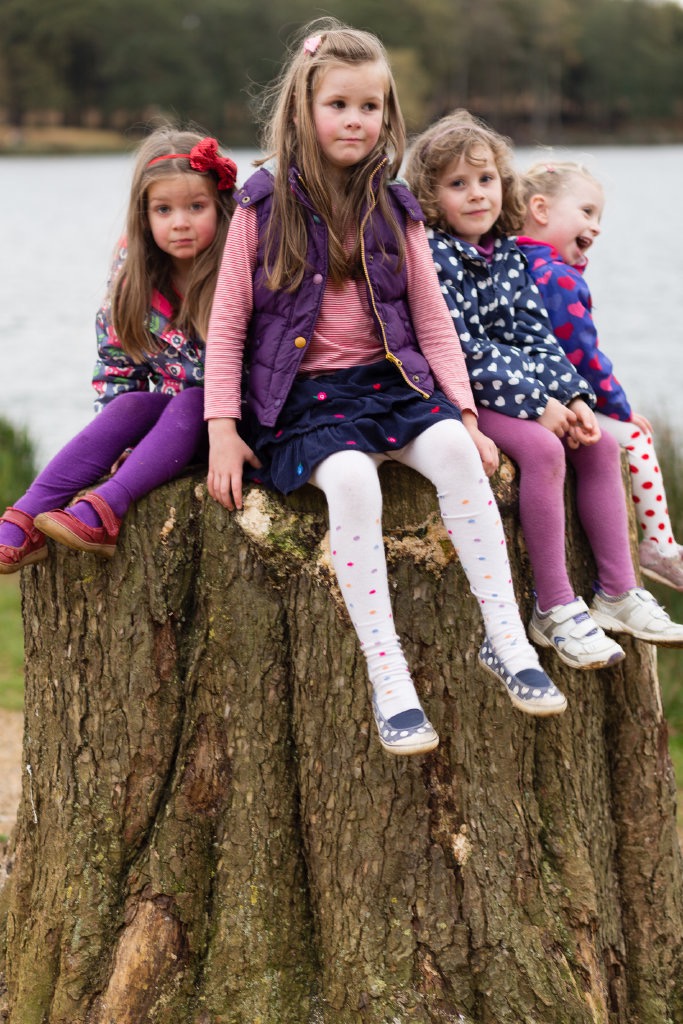 The girls did a little bit of posing together minus Daisy who was busy getting to grips with her balance bike! The Little ones put on their best smiles and I was really pleased with some of the lovely photos when Karen sent them to me, I love this one of the two of them together, it is so them at the moment. 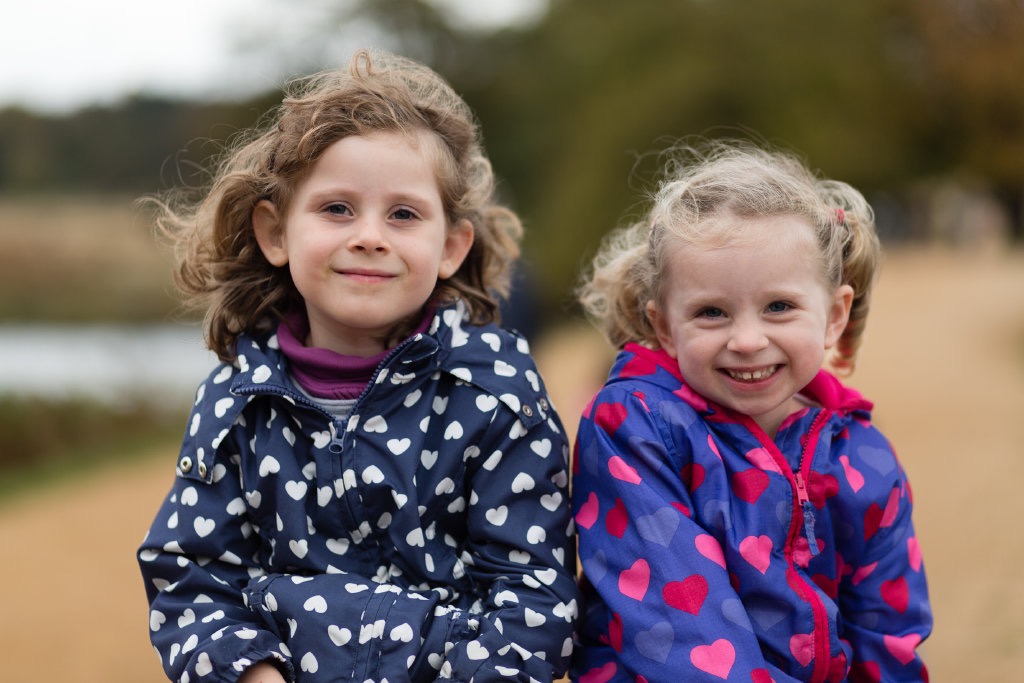 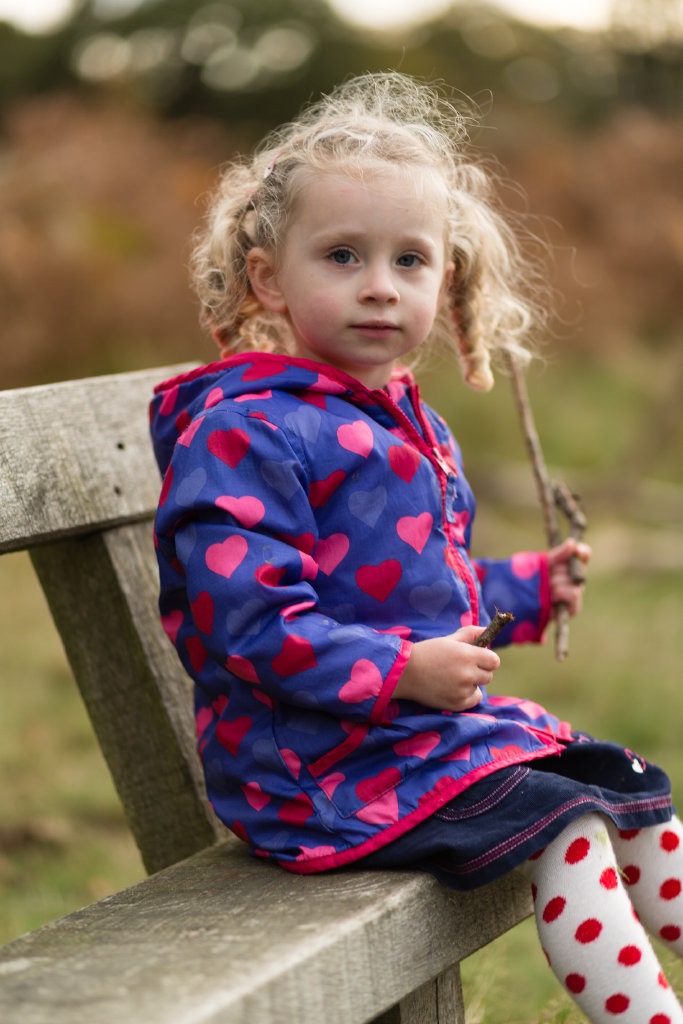 There was plenty of opportunity for spotting ducks and swans on the pond as well as one of the Little ones favourite past times of throwing stones into water. 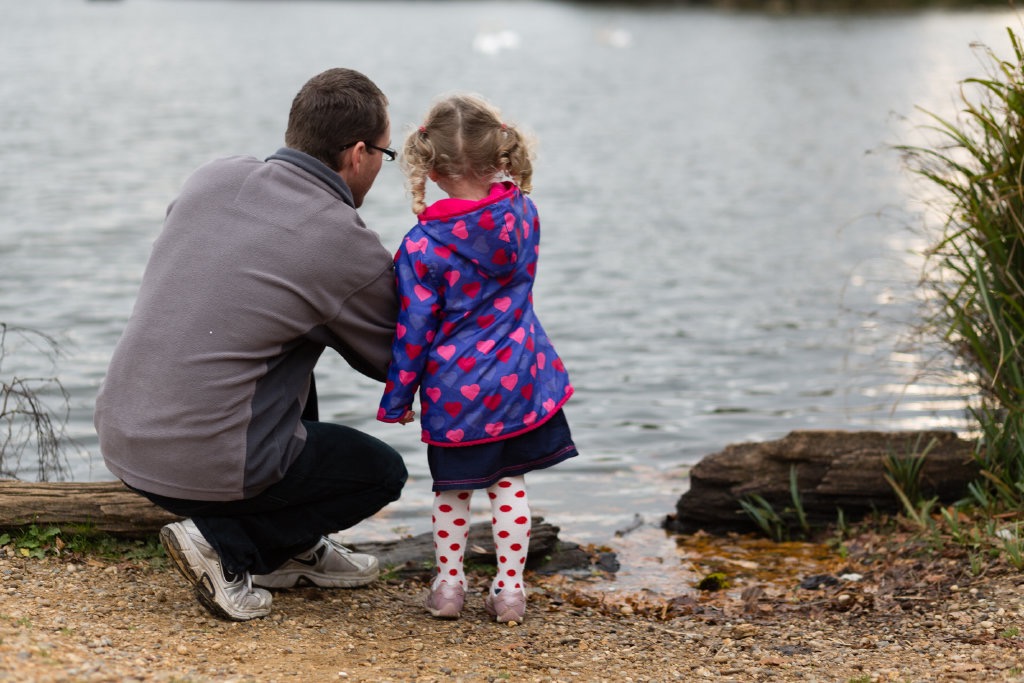 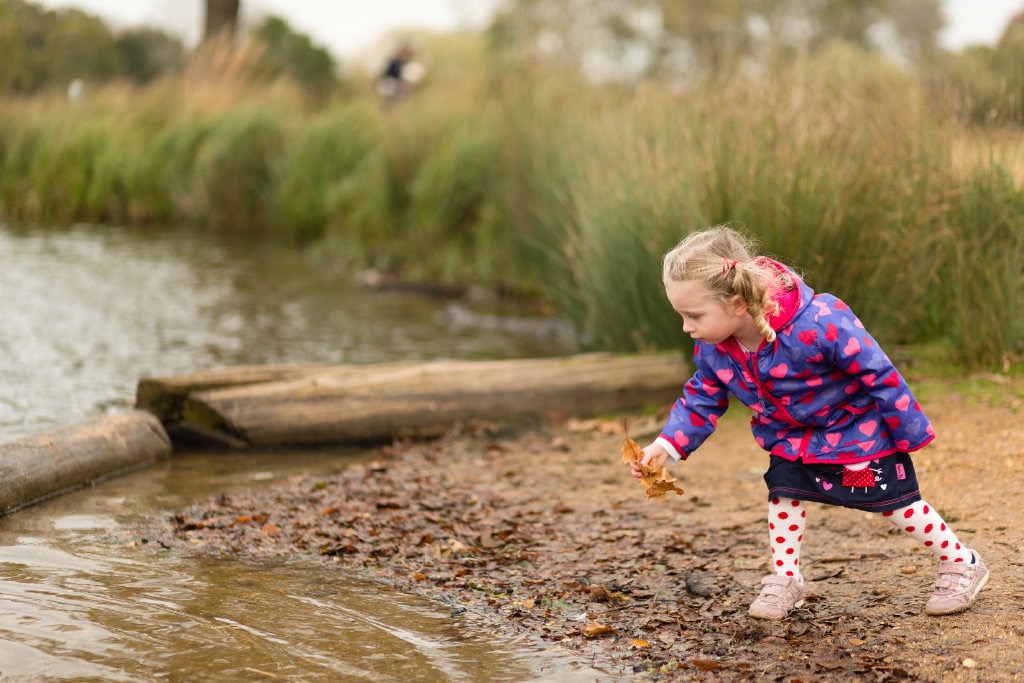 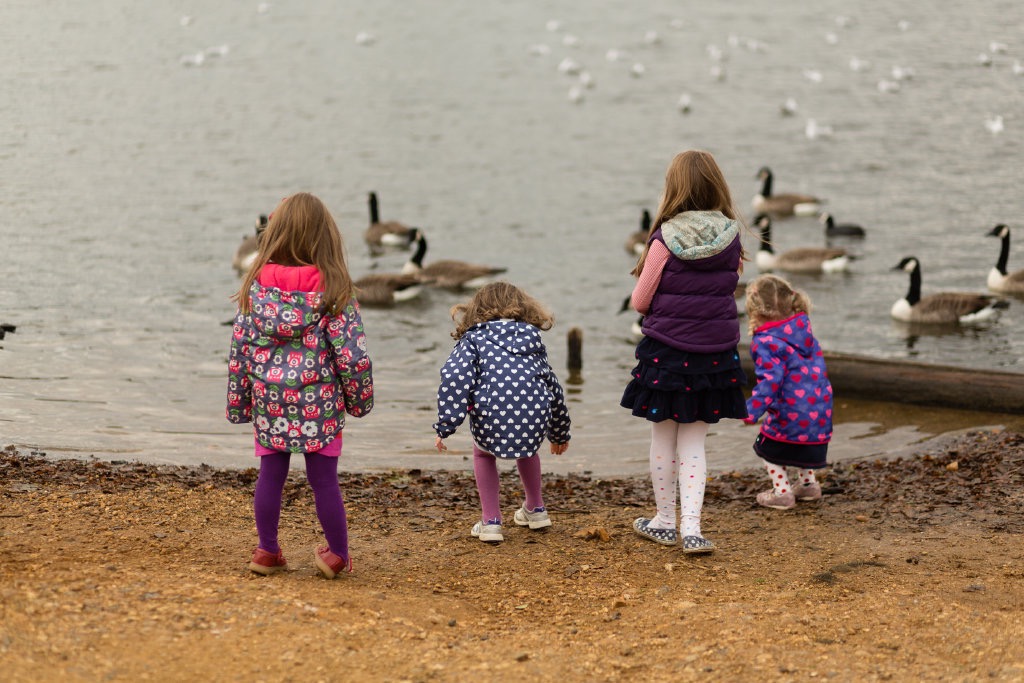 Little 1 had a ride on Daddy and the bigger girls had a quick play in the fallen leaves. 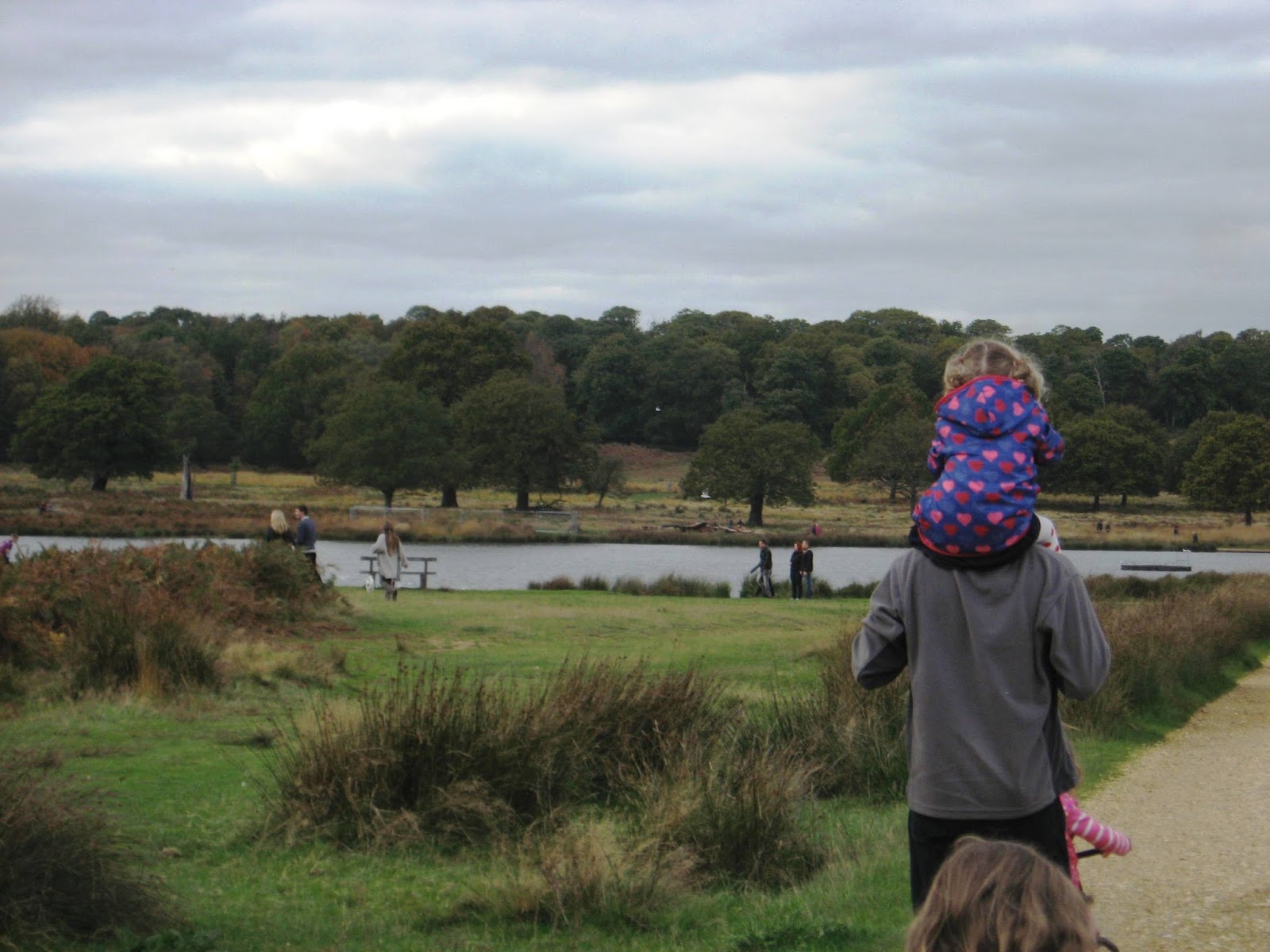 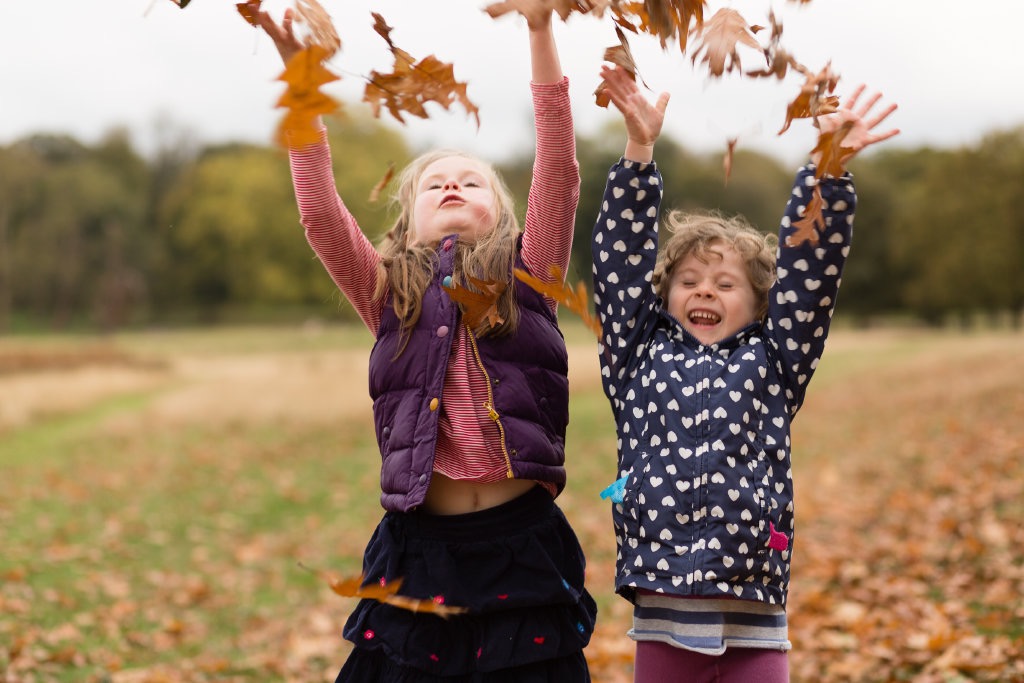 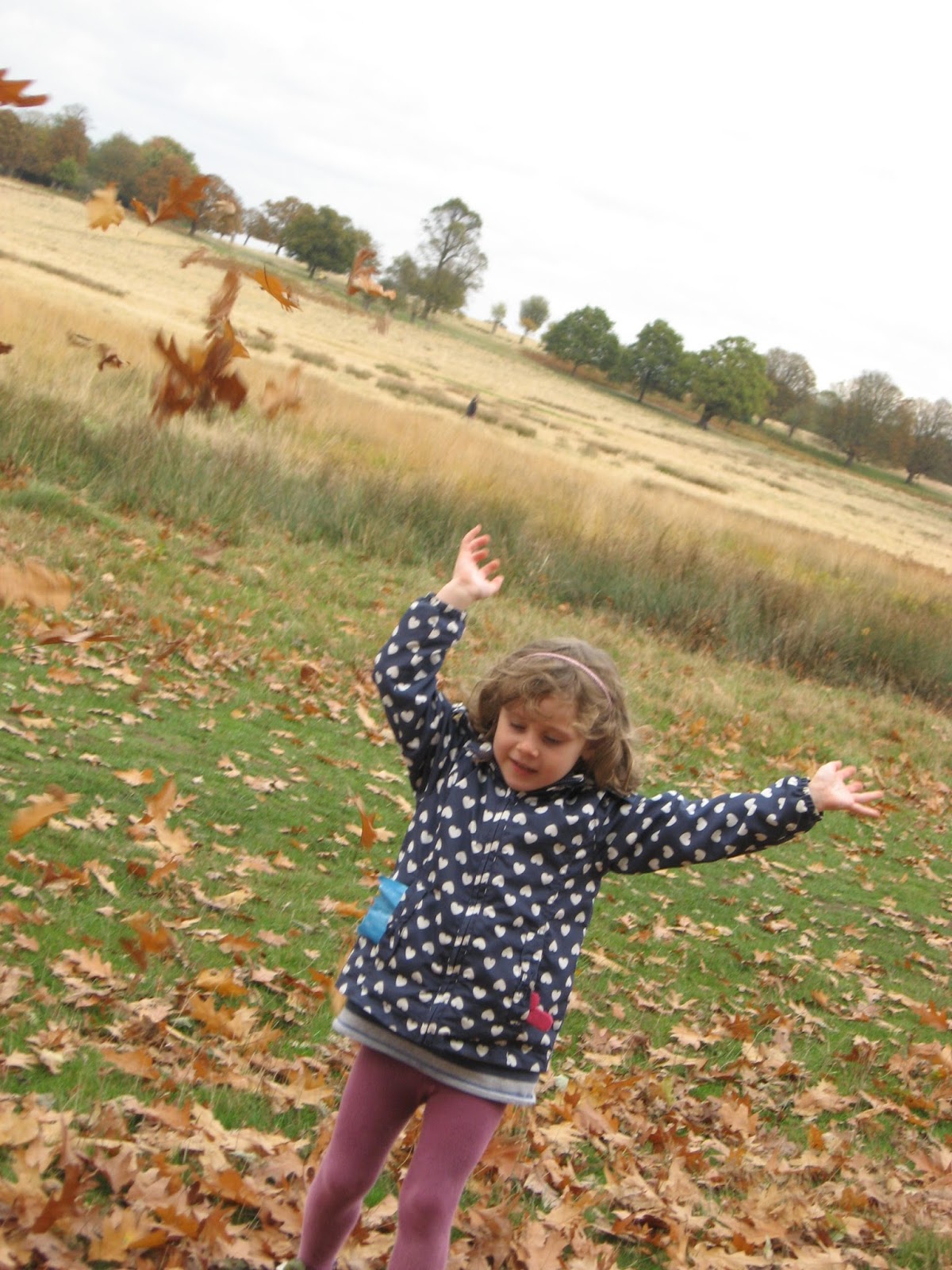 There was plenty of long grass for running around in on the way back up to the car, the children all had fun chasing each other, hunting for flattened patches where the deer had been resting and posing for piccies too. 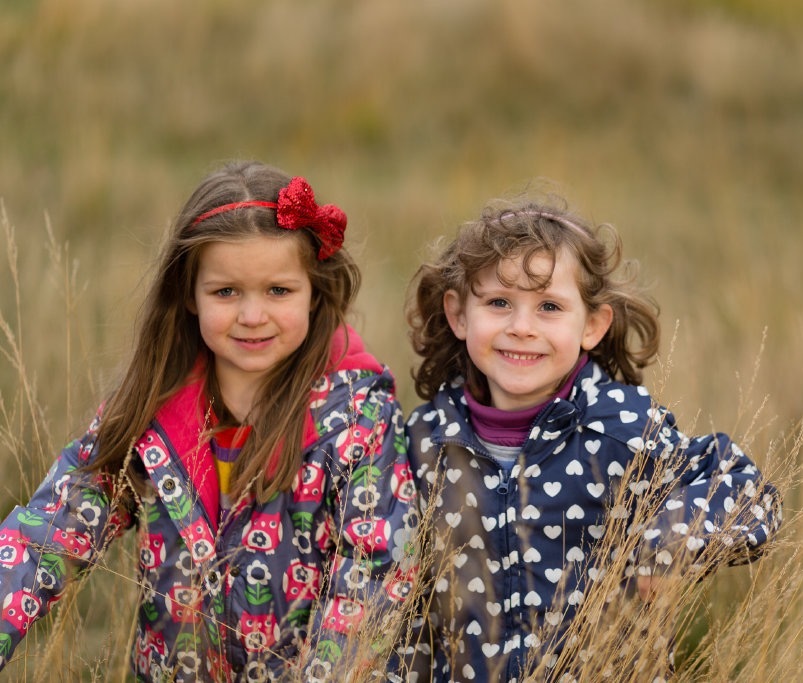 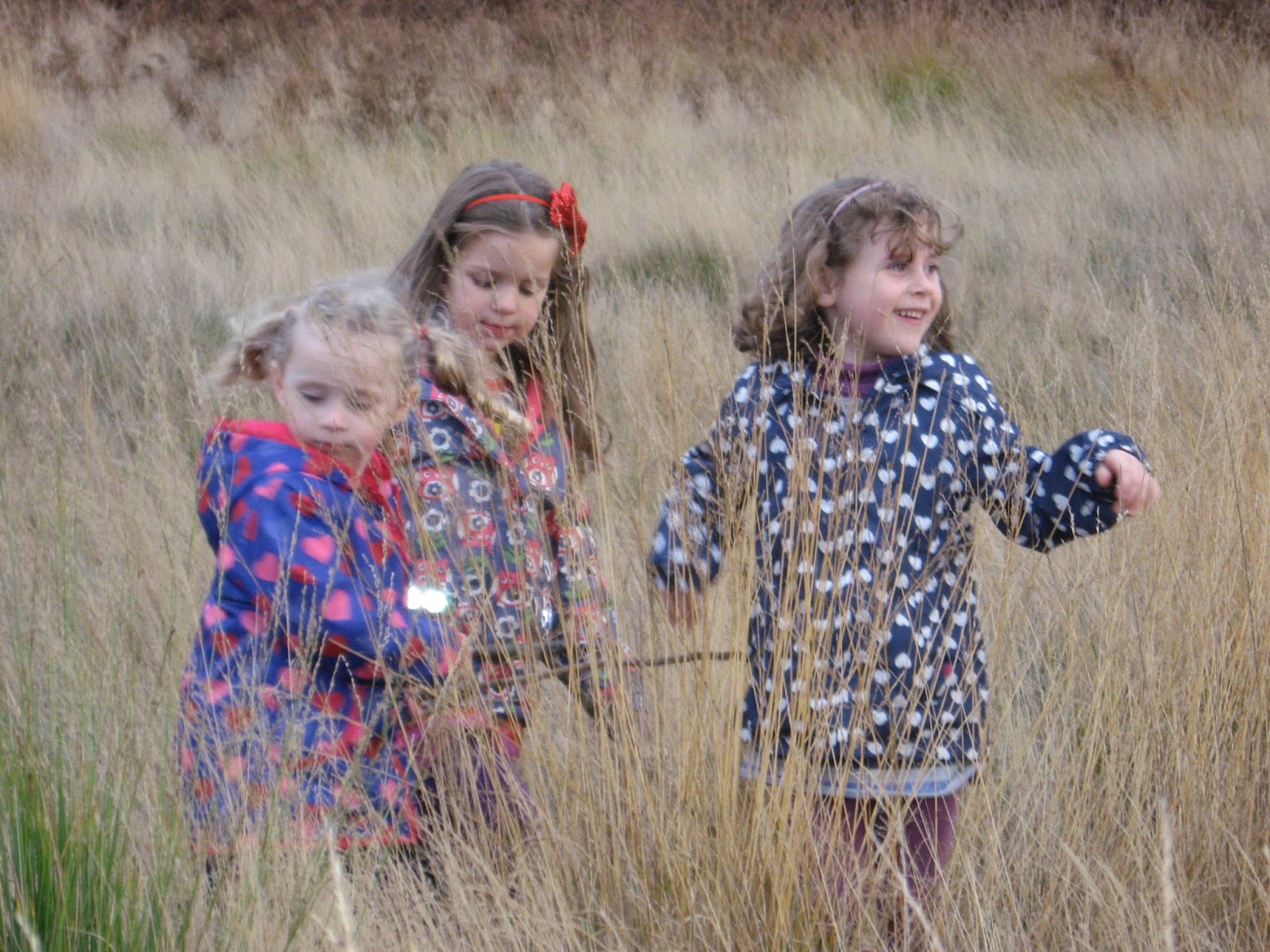 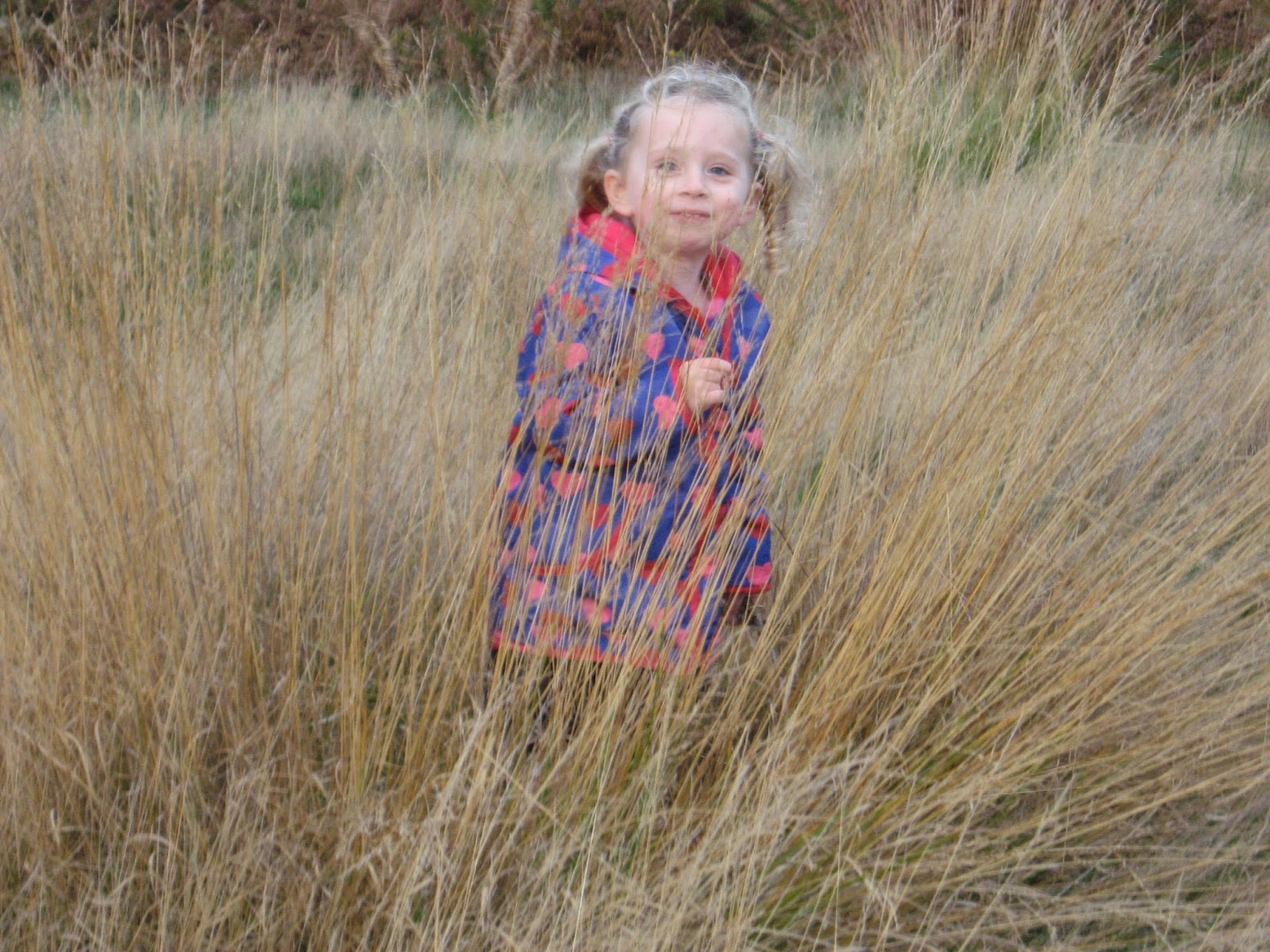 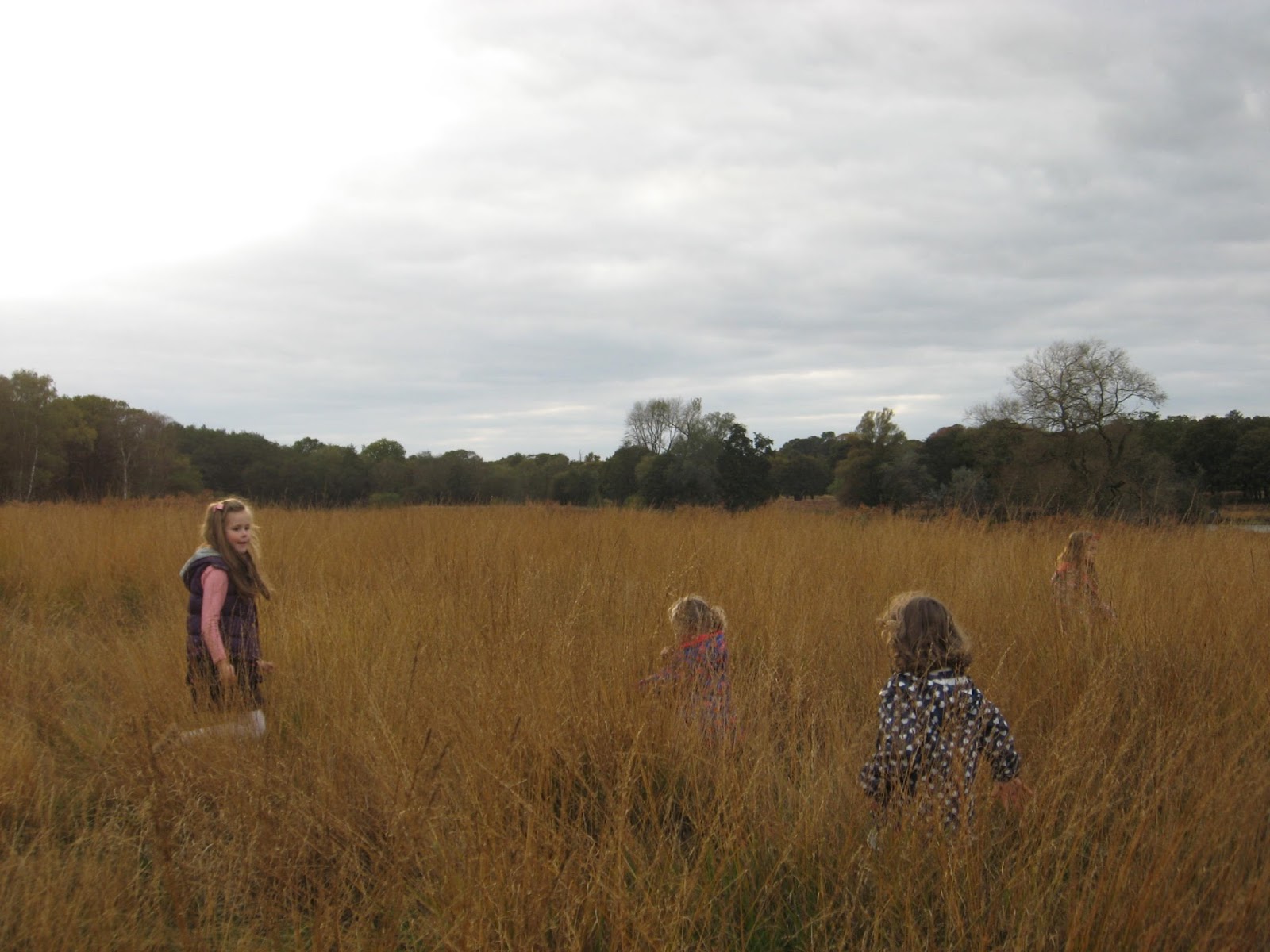 Little Daisy was so busy practicing on her balance bike and getting to grips with the rough terrain that she is missing from the other pictures, she was determined to get to where she wanted to be and she wasn't going to be stopped for a photograph! Bless her. 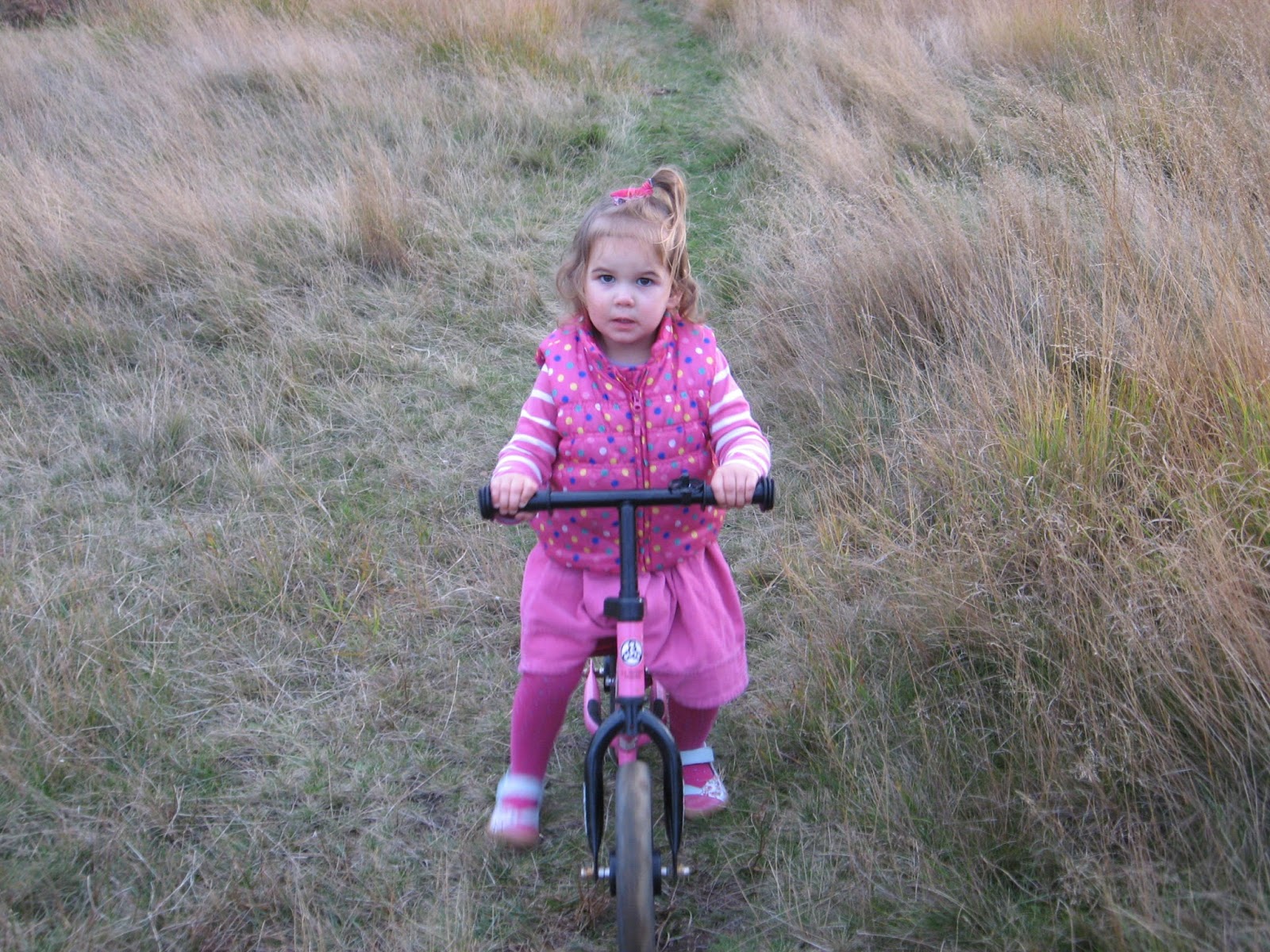 Although a short visit this time, we enjoyed ourselves at Richmond Park and will definitely go and explore some more when we are back in the area next.

Have you discovered any where new this autumn?
at 9:22 pm
Email ThisBlogThis!Share to TwitterShare to FacebookShare to Pinterest
Labels: days out, friends, little ones, out and about, walking