You may remember back at the beginning of September I posted a post about a tutu photoshoot that myself and my fellow blogger Karen over at Would like to be did for our girls so that they could say goodbye before Karen and her family moved away, as their Daddy is in the army.

Well it was almost 2 long months since we last saw them and although we have been keeping in touch, phone calls, sending goodies and writing letters, we all miss each other especially the girls as they had got rather close before they moved away. We took the opportunity last weekend at the beginning of half term to go and visit them in their new home and we are so glad that we did.


When we arrived after our long drive, it felt like we had seen them just a couple of days ago, the girls immediately went off to play together and giggled away happily while us grown ups got chatting.

We had taken the Little ones bikes with us knowing that Karen's girls (who love the outdoors) would give them the confidence boost they needed on them to go it alone. It wasn't long before all 5 girls were riding bikes, balance bikes and scooters around the roundabout on the quiet street outside their home. I was amazed at the sudden confidence boost the Little ones had gained, Little one was off riding her bike alone at great speed around the roundabout and even had a go on Poppy's bike without stabilisers. Little 2 was going it alone on her balance bike when previously she wouldn't do it without us holding her saddle.

The 5 little girls had a great afternoon and got plenty of exercise, it was lovely to see them all again, playing and getting along together. 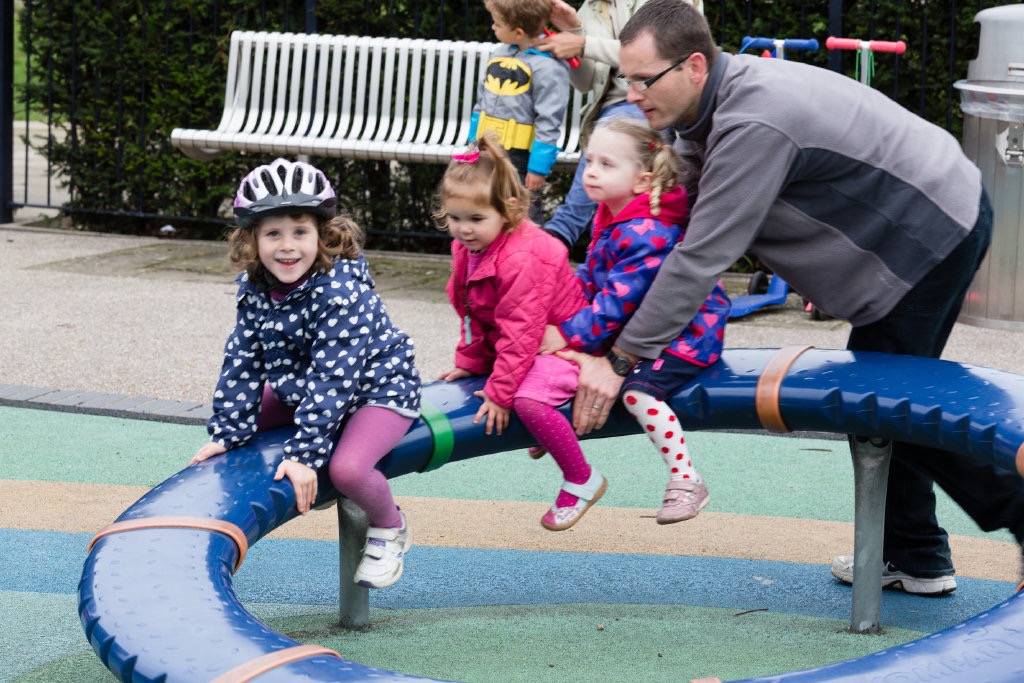 The following day Karen (and her husband) took us down to the river Thames and the girls scooted and rode along, they played in a sand area there which had big wooden boats for the children to play in and we laughed when they made sand angels. We continued along to a little park too and the girls had fun playing, climbing and balancing on the roundabout thingy! We had intended to have a little picnic but it was a bit too chilly by the river so we headed back for hot chocolate and lunch.

After lunch, a play in the garden and a nap for Daisy, the girls were refuelled and refreshed ready for some more action, Little 2 liked playing on their swing now that she has got the hang of doing it herself. 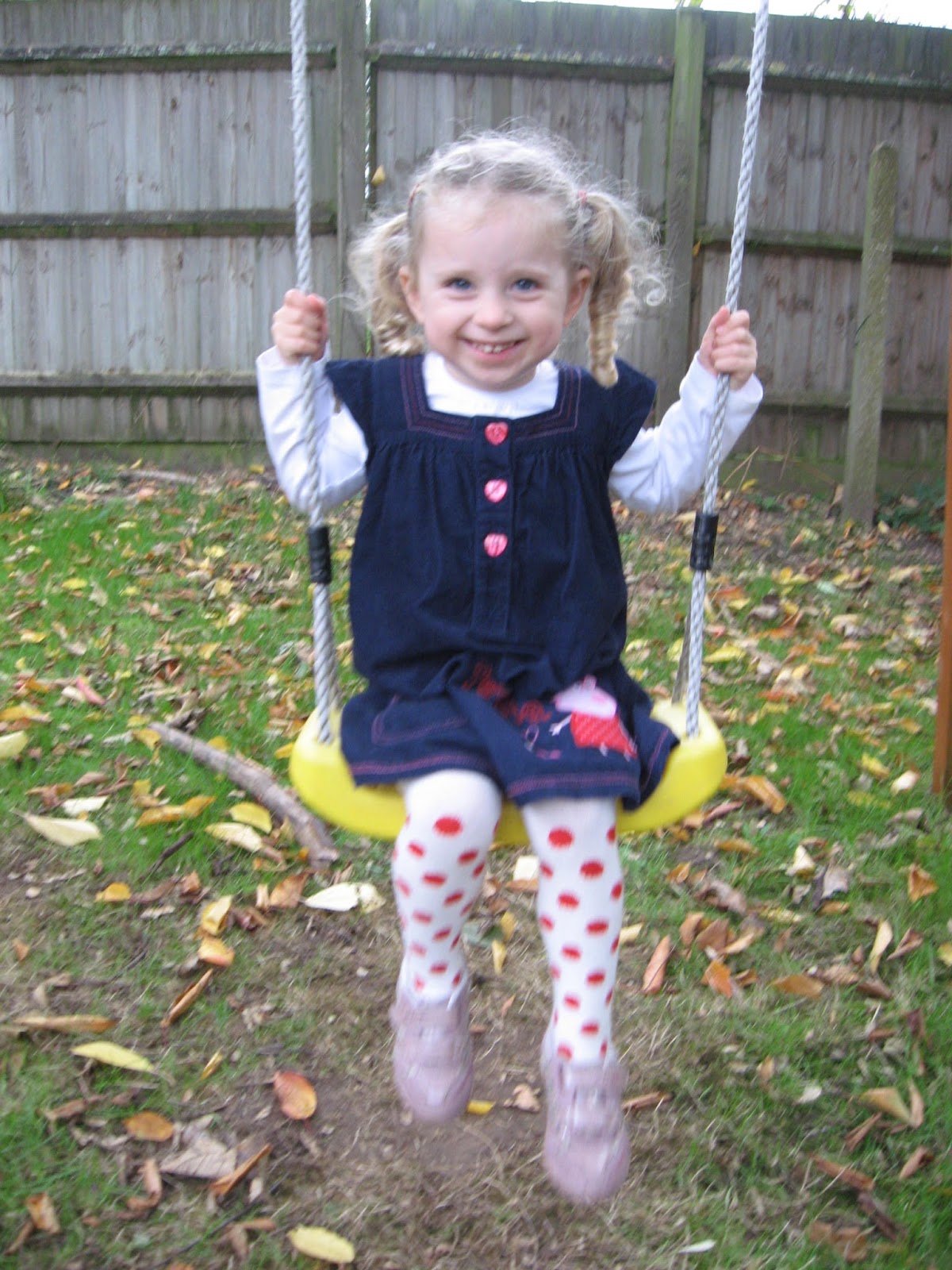 Wanting to show us a little bit more of what they loved about their new home, Karen took us to Richmond Park that afternoon and we enjoyed a drive around seeing all the deer and rutting stags that were so tame as well as a walk, some stone throwing in the lake and a bit of posing for pictures together (Richmond Park post to follow) before we headed home after a yummy roast dinner. 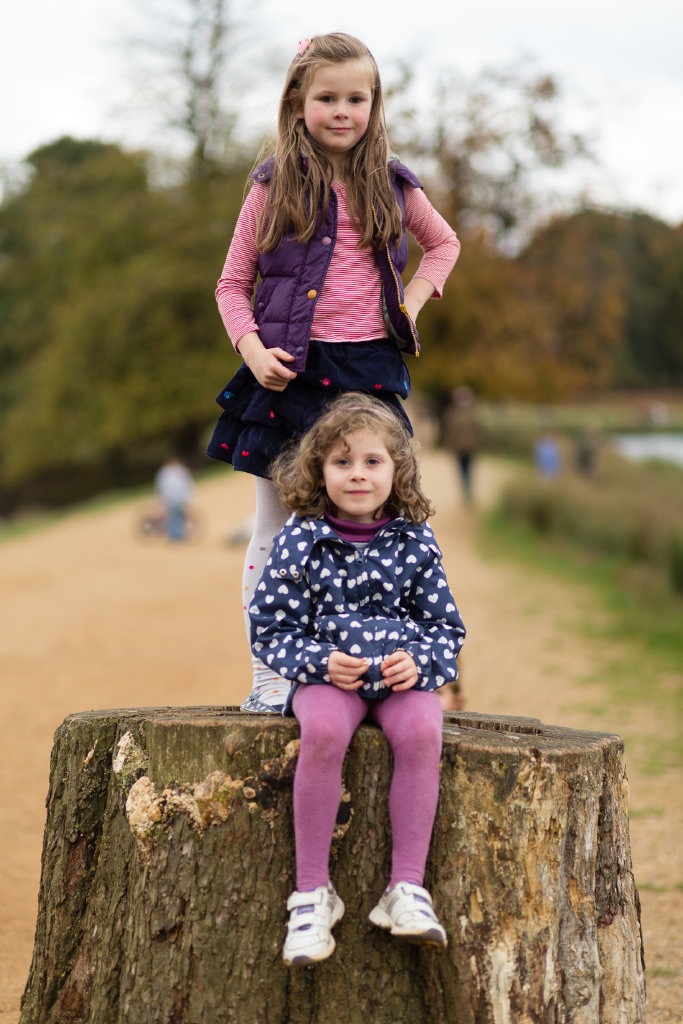 We had a great time visiting friends, the Little ones already want to know when we are going again! All the photos above (apart from the swing one) were taken by Karen's husband who just so happens to be a little bit fab at photography (he has a much nicer camera than me too!) and took lots of pictures of the weekend for us, Thank you.

What did you do last weekend? We had a great time.
at 8:00 pm
Email ThisBlogThis!Share to TwitterShare to FacebookShare to Pinterest
Labels: days out, friends, little ones