When Little 1 said she wanted a Frozen birthday party I decided to have a go at making my own party game and thought stick the nose on Olaf would be an easy one to make.

We started with sticking 4 sheets of A3 paper together and used a sponge to paint the sky and the snow with blue and white paint swirled together for the sky and silver for the snow. 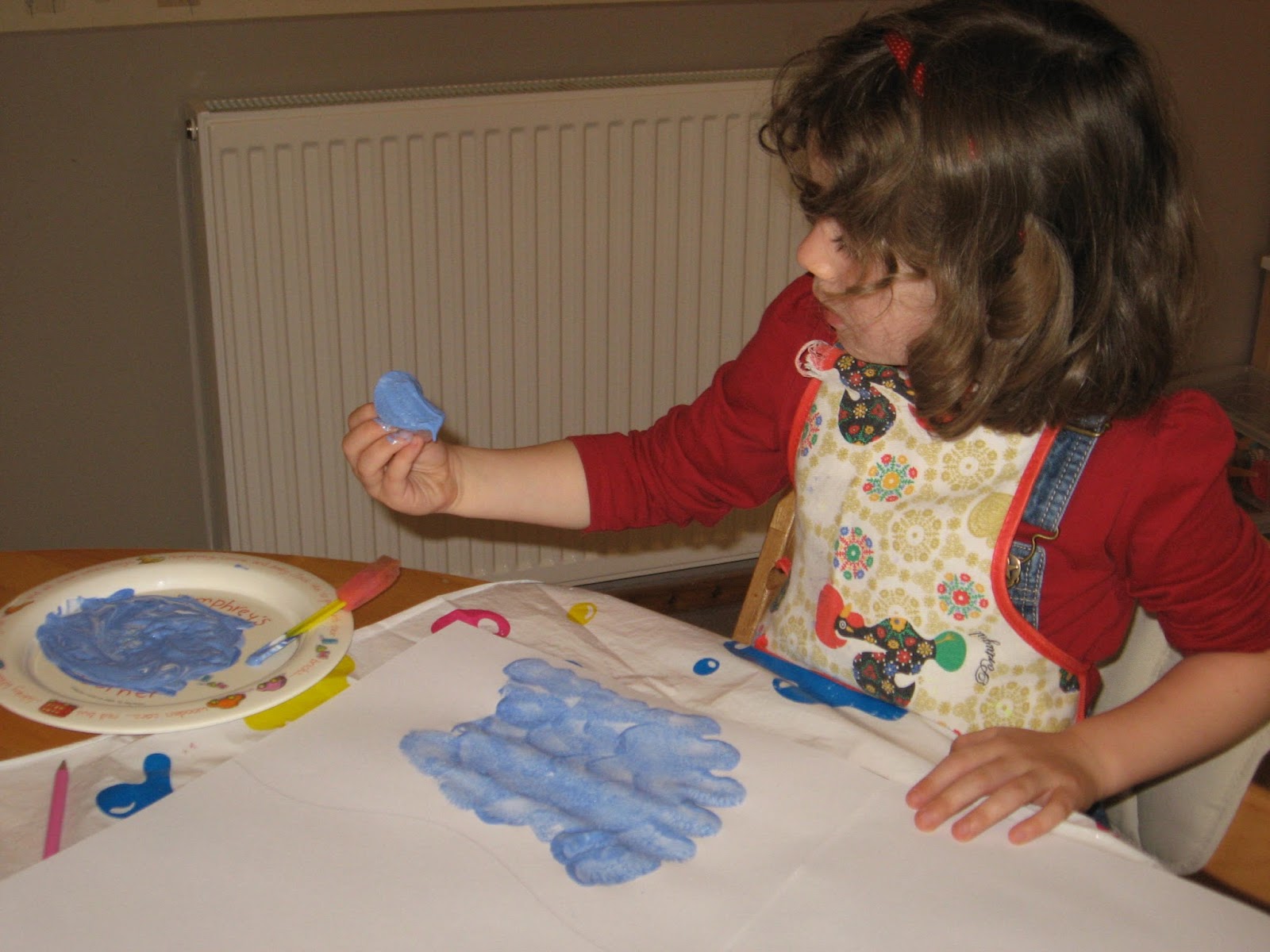 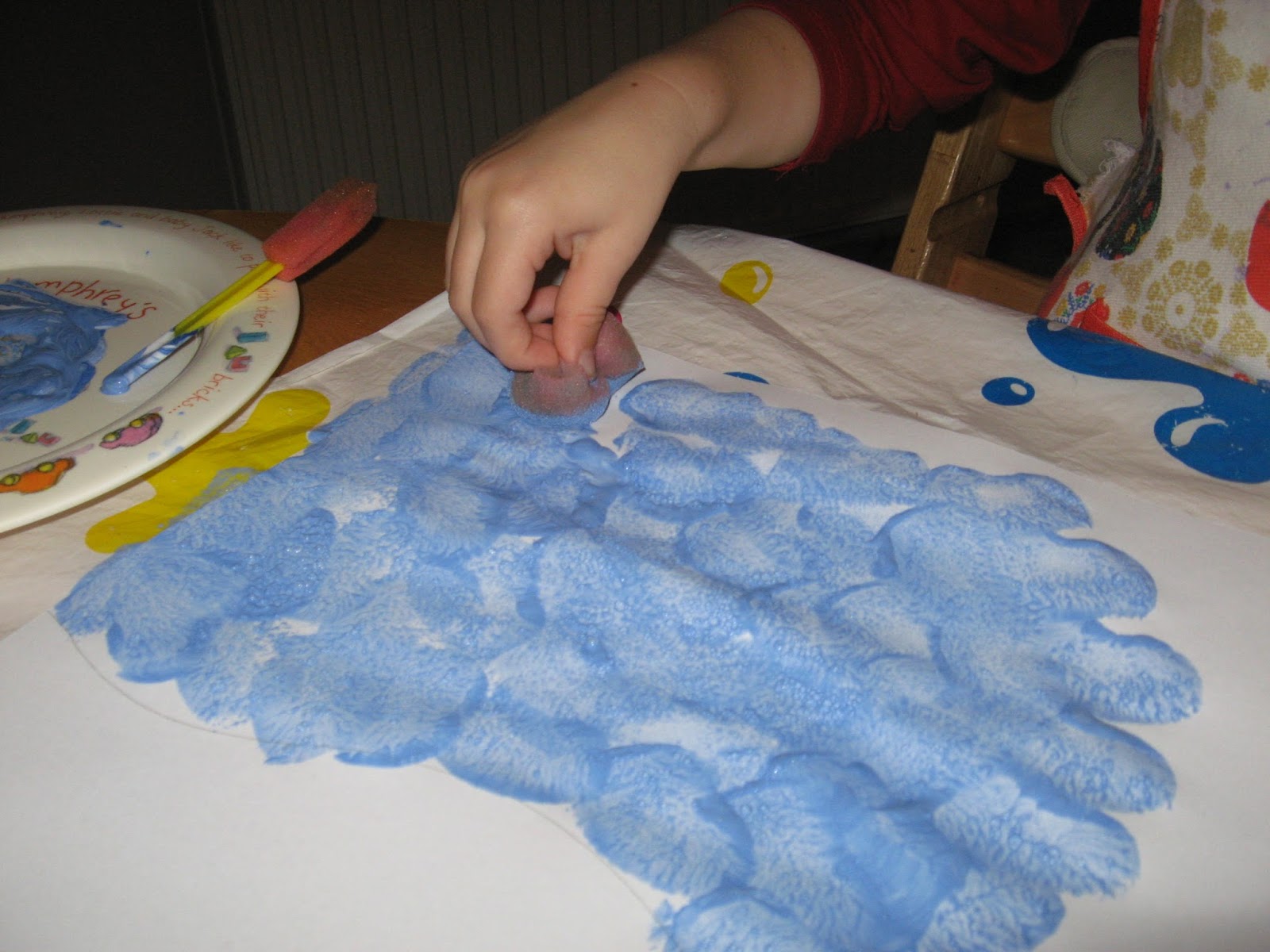 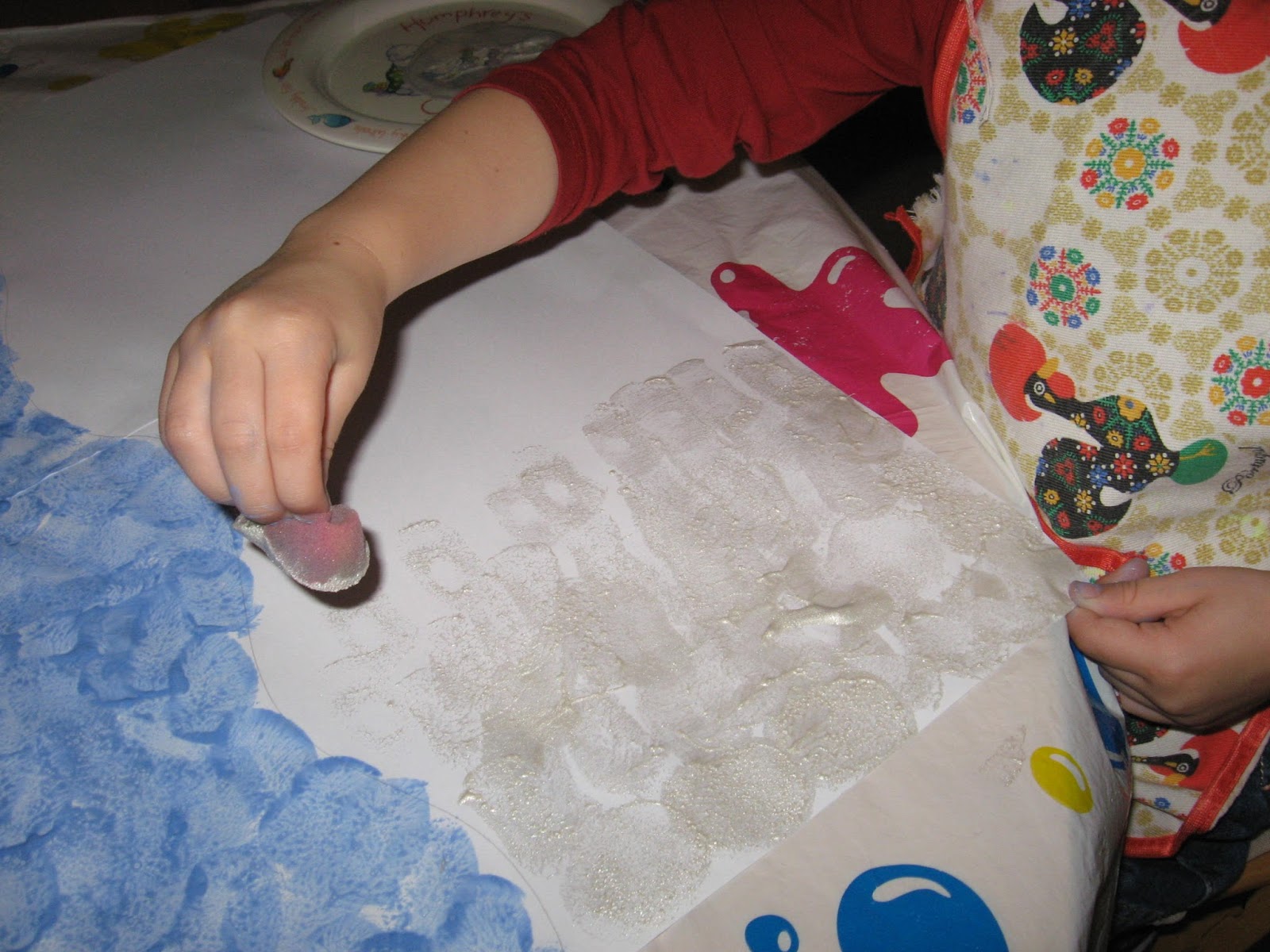 I then found a picture of Olaf on the internet to copy, considering I was not that great at art at school, I think I did a pretty good job, I drew it freehand in pencil on two sheets of A3 and then went over it with a black pen before colouring in the arms, mouth and buttons as well as drawing a carrot for the nose. 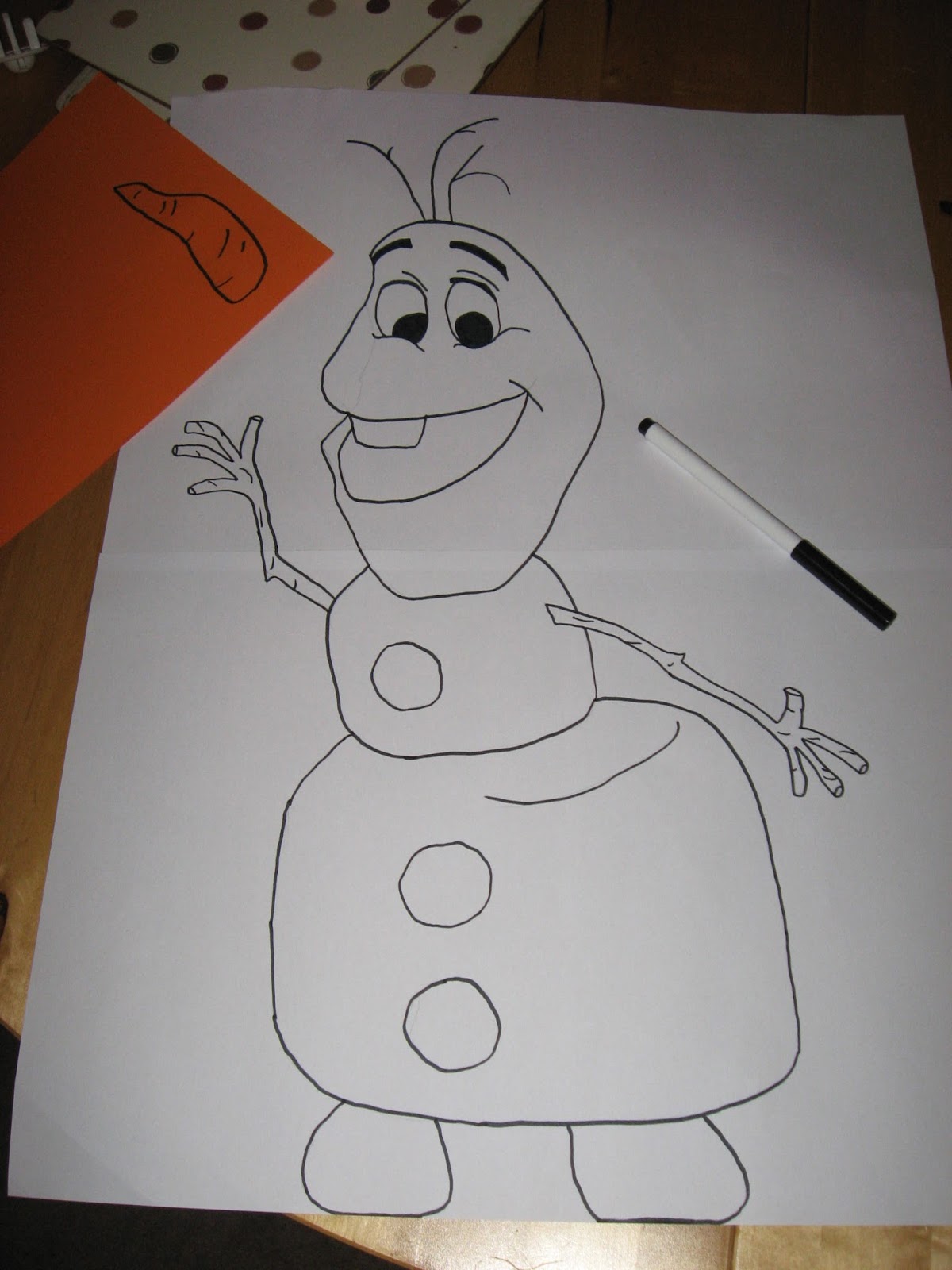 Even if I do say so myself I thought it was a good likeness and it looked good on the wall. I traced the first carrot nose I had drawn and cut them all out read for the party. 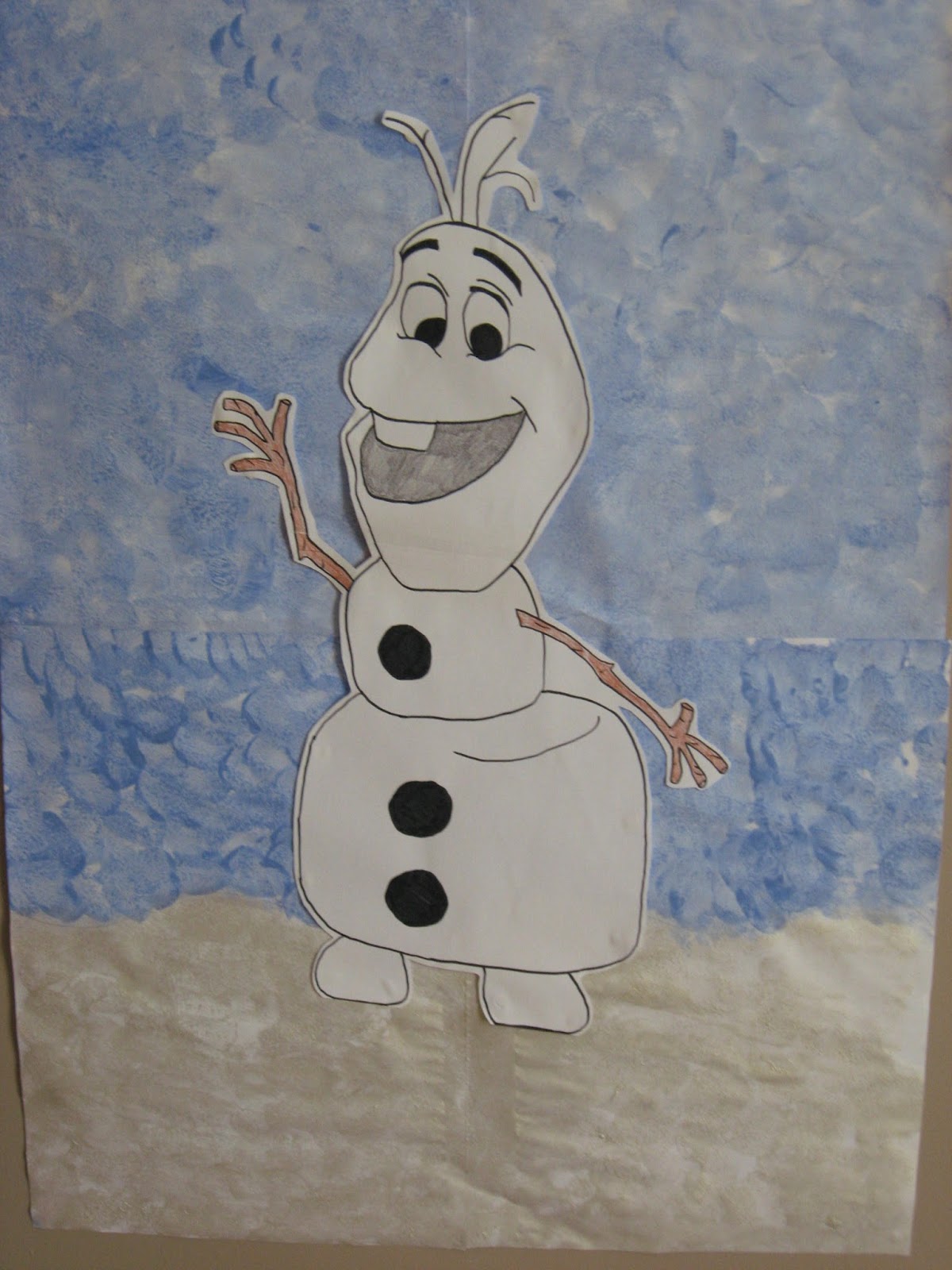 I was supposed to take a picture while the children were playing the game but I forgot as I was busy tying the scarf and spinning the children around, as you can see we had two winners with one girl getting the nose in exactly the right place, it was definitely luck, she couldn't see, I'd checked! 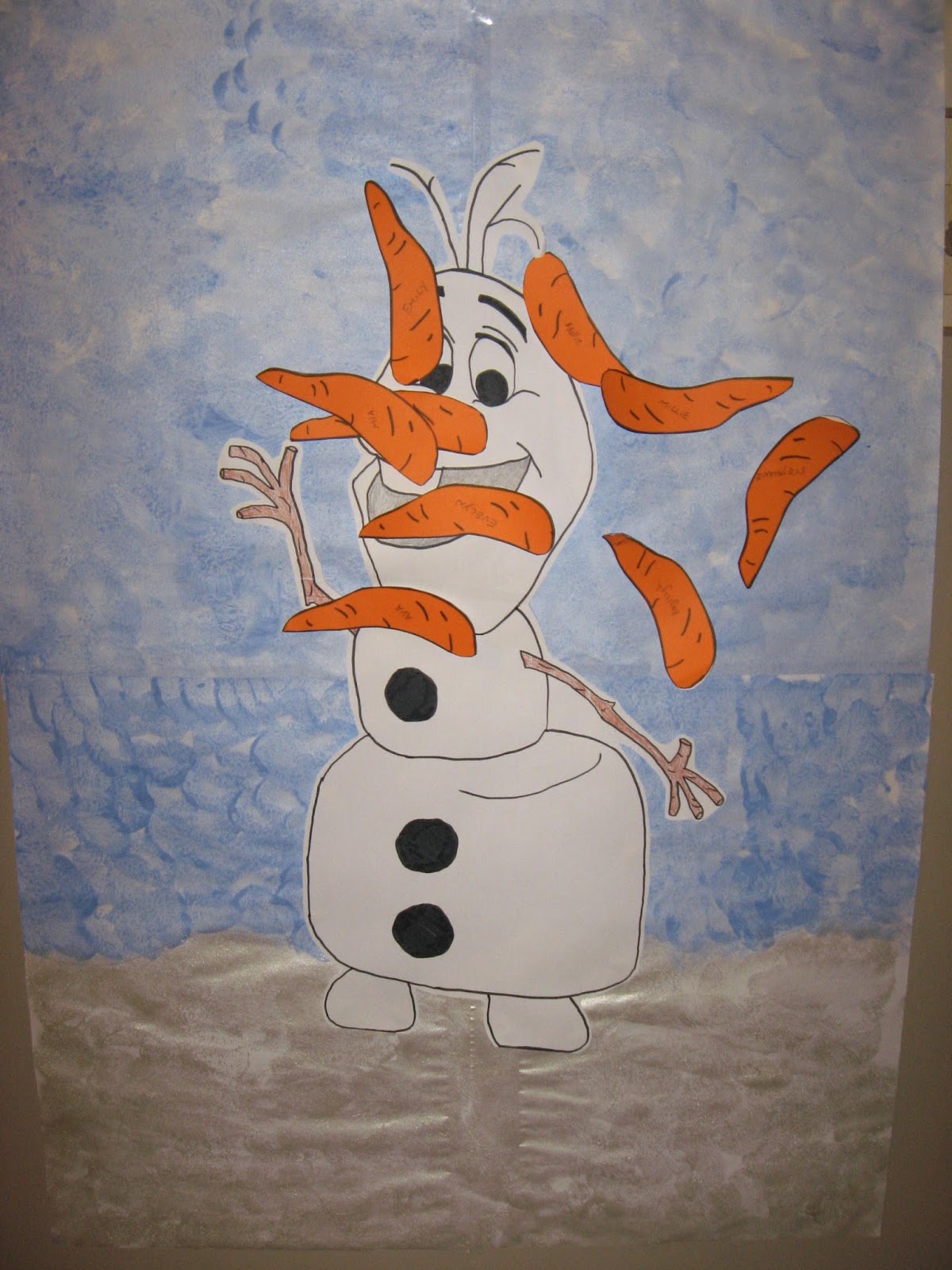 So there you have it a simple but effective party game that didn't cost hardly anything to make and the girls all enjoyed having a go. You could also try pin the tail on Sven or the crown on Elsa too.
at 7:00 am
Email ThisBlogThis!Share to TwitterShare to FacebookShare to Pinterest
Labels: getting crafty, little 1, messy play, mummy, party