The one where Little 3 choked on a penny

It all happened so fast, one minute it was fine and the next it was not but let me start at the beginning.

First of all let me start by saying when Little 1 and 2 were younger there was little chance of them choking on anything other than food, with your first you don't have lego on the floor when they are crawling or tiny little rubber collectibles lying around for toddler fingers to pick up as they simply do not have them yet but once you get to the second or third child your older ones are into these small choking hazards and there are plenty around the house in all sorts of places where they leave them.

The girls have always been taught to be careful with little things since Little 3 has been around. They like to bring their toys downstairs, they used to play with them on the dining table until he could stand and reach them and we had a room divider gate thingy for a while so they could play one side and him the other without him destroying their games or being near the small stuff. 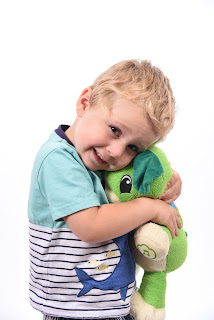 It was a Sunday and we had been out for the afternoon around the in-laws house and decided to pop out to the park for a bit of a run around and some fresh air. On the way to the park Little 3 found a penny which he wanted to put in his money box, I didn't have any pockets so told him to put it in his coat pocket until we got home for safe keeping (and thinking it would be well away from his mouth there) which he did.

The day carried on and we didn't get back home until around 7pm when Little 3 discovered he didn't have his penny in his coat pocket, it must have fallen out at the park or when loading the coats into the car to come home. Being 2 years old and tired he got upset that he had lost the penny....

Daddy started getting him out of his clothes while I went up and fetched all the little one's pyjamas and Little 1, being the kind and caring big sister that she is, went upstairs too and got her little brother a penny out of her own money box for him (unbeknown to us).

At this point Little 2 had fetched them all a biscuit for supper and was munching away on hers, whilst waiting for her pyjamas. Little 3 was not allowed his biscuit for the moment as he was lying on the floor still being undressed (eating while lying down is a choking hazard, right!). He had probably forgotten about the penny at this point as his mind was on the biscuit by now. 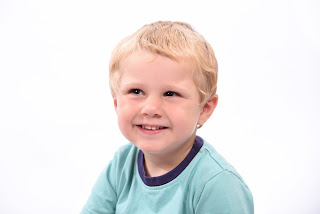 It all happened in the space of about 3 seconds.. so fast.

He was half dressed and I was just coming down stairs with the last pair of pyjamas when I heard little 1 say 'Here you are'. I am 99% certain that Little 3 thought he was being handed a piece of broken off biscuit by his big sister and not a penny as she does have a tendency to share her last scrap of food with him or breaks him off a bit if she has something nice because she is kind hearted and does not like him to be upset.

I was at the bottom of the stairs just about to come through the doorway when she said 'He put a penny in his mouth', and he started choking. Little 3 is usually so good with little things and he knows not to put them in his mouth, I trust him to play with the girls lego and the playmobil and all sorts of little things as long as I am in the room and the girls are with him (they will both shout if he goes to put something in there and stop him, but it rarely does) and I still think he thought it was a piece of biscuit she had given him.

Daddy was right there still dressing him, Little 3 had put the penny in his mouth and swallowed it while lying on his back, he started coughing and choking, Daddy quickly stood him up and slapped him hard on the back a few times, Little 3 coughed, swallowed and then was sick.... no penny. 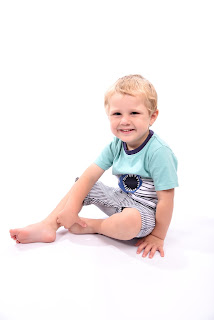 He had stopped gagging and although a little bewildered as to what had just happened he seemed to be breathing okay but coughing a lot, while Daddy gave him a cuddle I rang 111 to see what we should do next, I was worried the penny could be stuck somewhere on the way down.

The woman on the phone was lovely, she asked lots of questions and as Little 3 was breathing ok and able to drink a little water, she told us to take him to to A&E to get checked out within half an hour!

A quick call to Nanny who came straight over to sit with the girls for us and we were off to A&E, Little 3 was still coughing and clearing his throat a lot but he was ok. By now it was well past his bedtime so I sat in the back of the car to make sure he was still breathing ok and to stop him falling asleep as we had been advised.

We only had to wait about 40 minutes to see someone in the paediatric A&E after a brief initial assessment, it seemed Little 3 was lucky, he was showing no problems breathing and had stopped coughing so they said the penny was unlikely to have gone down into his lungs.

After another short wait we went through to the bedded area and Little 3 got up close and personal with a metal detector, as the nurse waved the wand over him it beeped in the stomach area and nowhere near his throat or chest so she was sure the penny had made it's way to his stomach and was small enough to pass through naturally (thank goodness for that!), she told us had it been a 2p we would have been on the theatre list as that would have been risky to pass and was likely to have caused a blockage in his tiny toddler intestines.

We left around 10pm with one very tired little boy who fell fast asleep in the car on the way home after being told to return in 48 hours if the penny had not made a reappearance! 40 hours later it thankfully reappeared and Little 3 was none the worse for his ordeal. And the penny..... he insisted it went in his money box (disinfected of course)!
at 10:01 pm
Email ThisBlogThis!Share to TwitterShare to FacebookShare to Pinterest
Labels: little 3