When we asked Little 1 what she wanted to do for her birthday she said she wanted a bowling party (I am not quite sure where she got the idea from as she had not been bowling before) but we decided taking a bunch of 4 year olds bowling was probably not the best idea as they might get bored. So we decided to ask the grandparents and Uncle M instead and went after school on her birthday (Friday).

She thought it was great having to put on funny shoes and got stuck straight in trying to type in her name and pick up all the heavy bowling balls. 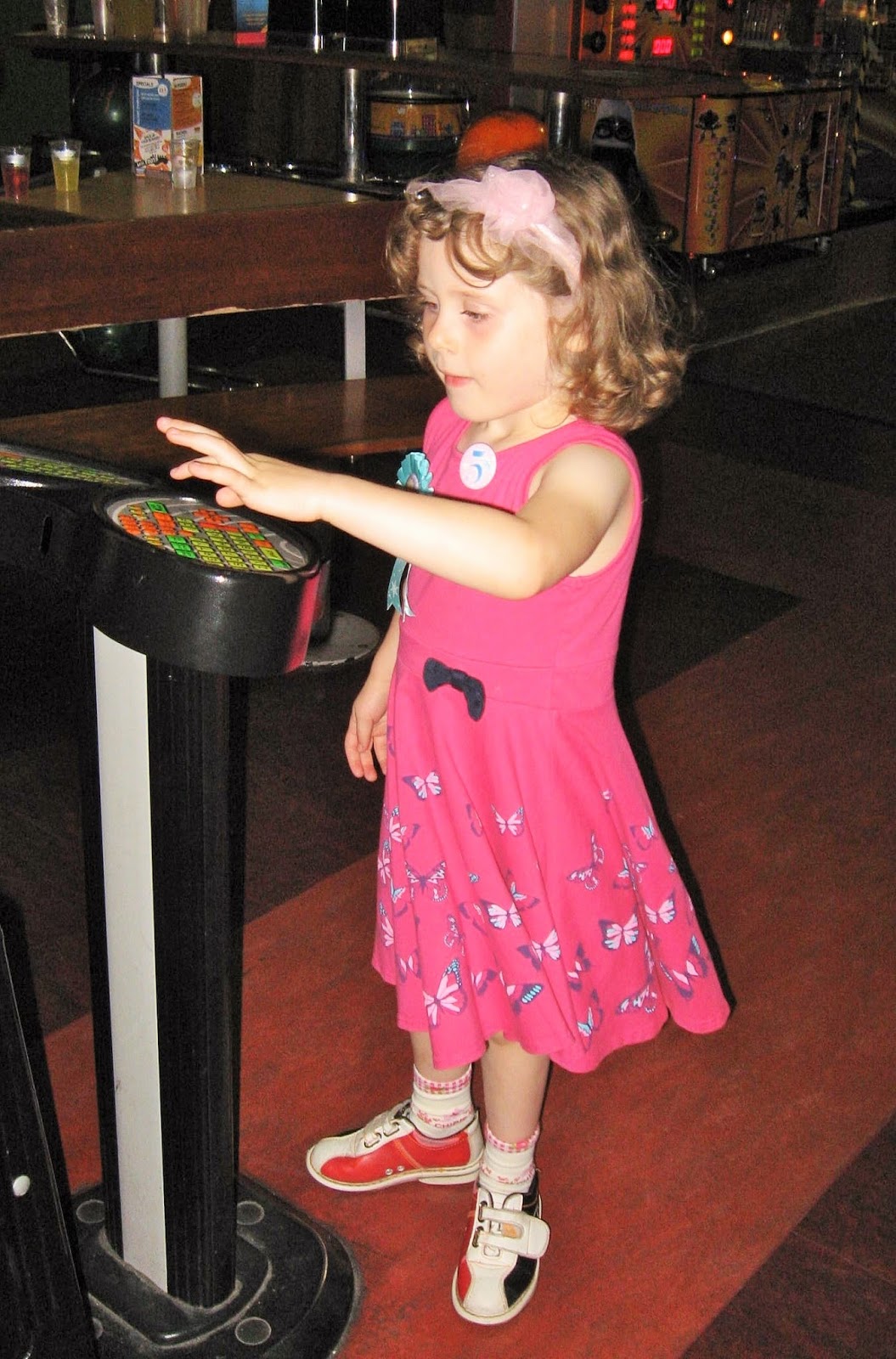 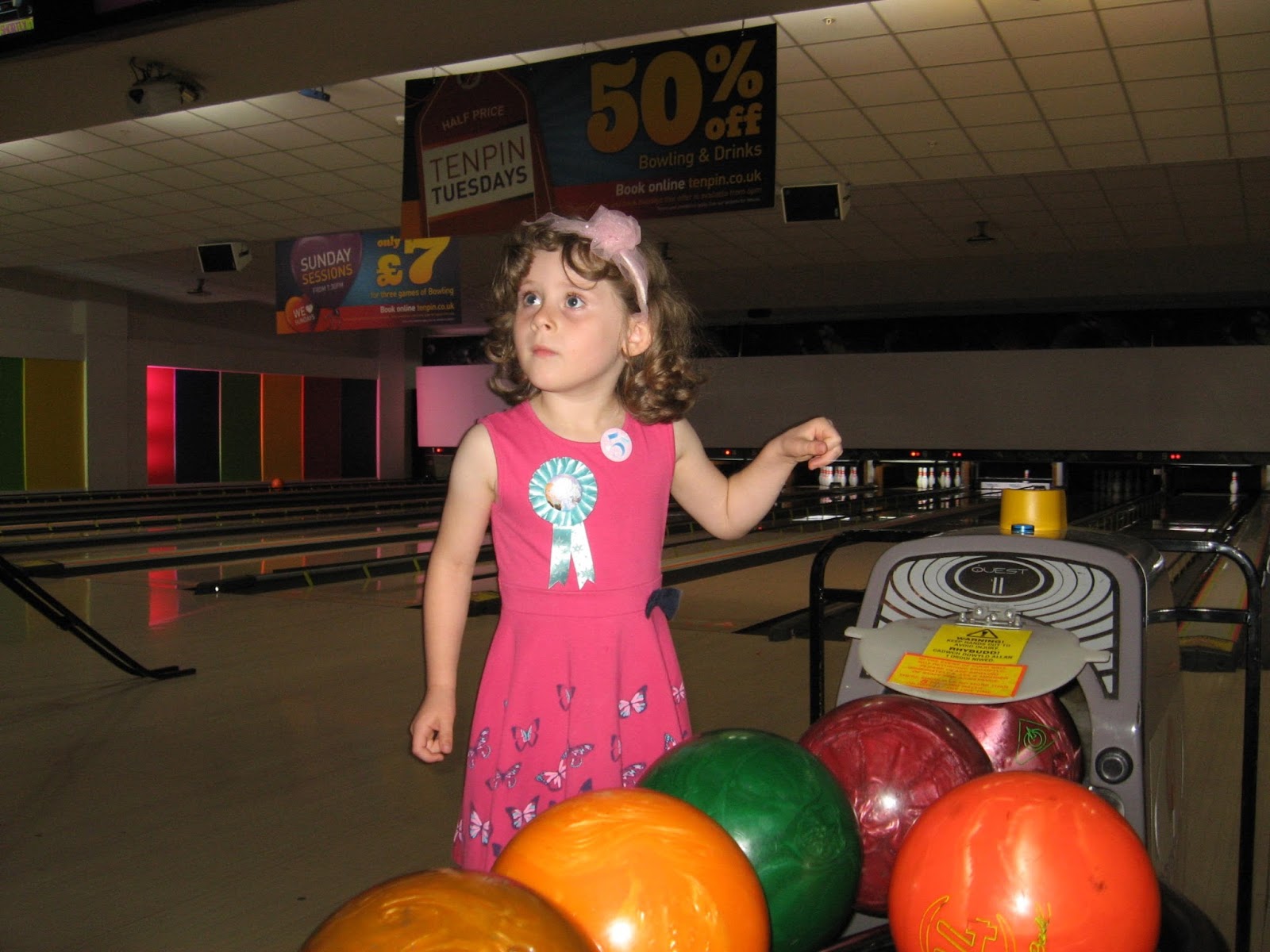 Daddy snapped this lovely picture of me and our girls, I just had to put it in! 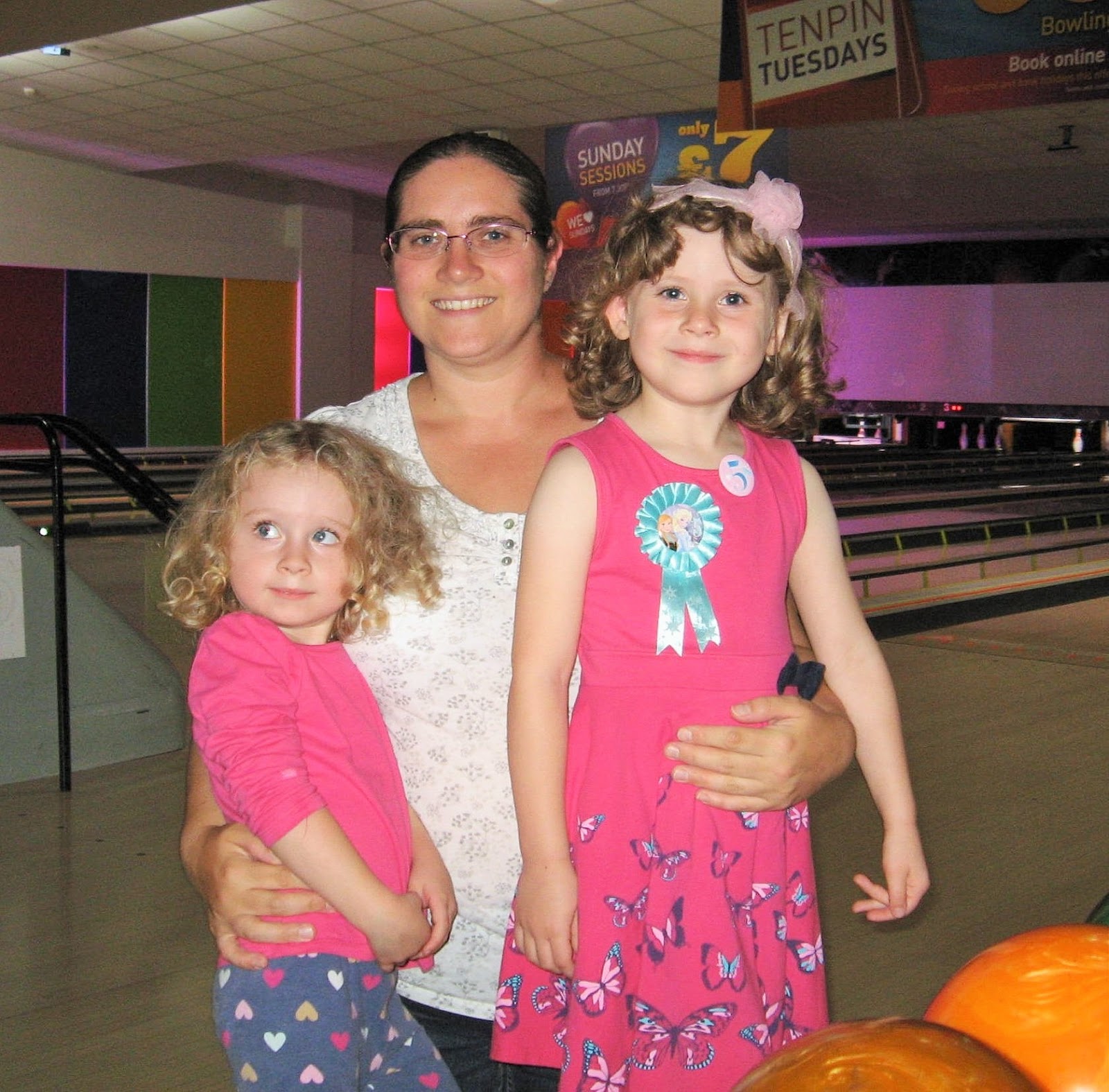 Little 1 thought the thingy (!) to help her roll the ball was brilliant however it took her several attempts to actually roll the ball gently off it rather than give it a good shove causing it to jump alarmingly on to the alley half way down with a large bang!

She also had a go at bowling without it and looked quite good up there getting quite into it shouting to the ball to move over a bit. Then she went and scored herself a strike, I had the camera on at the time pointing at her back to take a picture as she turned around but she took me by surprise and was so happy I was almost not quite quick enough!


I think it is safe to say that she had a great time bowling as she has asked to go again already. Little 2 had a good time as well, she had a few goes on my turn and Daddy's turn too and got quite excited as she was waiting to see how many she knocked down, she didn't get bored and run off either so I was pretty impressed. We will be going bowling again soon.
at 9:00 pm
Email ThisBlogThis!Share to TwitterShare to FacebookShare to Pinterest
Labels: birthday, grampy, granny, little ones, mummy, nanny, party, uncle