The Little Ones like collecting things, leaves, seeds, stones, twigs, feathers and anything else they spot that takes their fancy while we are walking around. Up until recently I have made them leave it on the front garden which now resembles some sort of overgrown feather covered compost area unless it was a rather important item then it was allowed to sit on the shelf above the radiator for a few days before being flung outside when they were not looking!

They have been picking up leaves for weeks now, I have to admit I love the piles of yellowing autumn leaves and seeing them blowing around in the breeze, so when Little 2 picked up two huge maple shaped leaves this morning I thought we should do something with them, and having not painted in a little while leaf printing came to mind. She thought it was a fab idea. 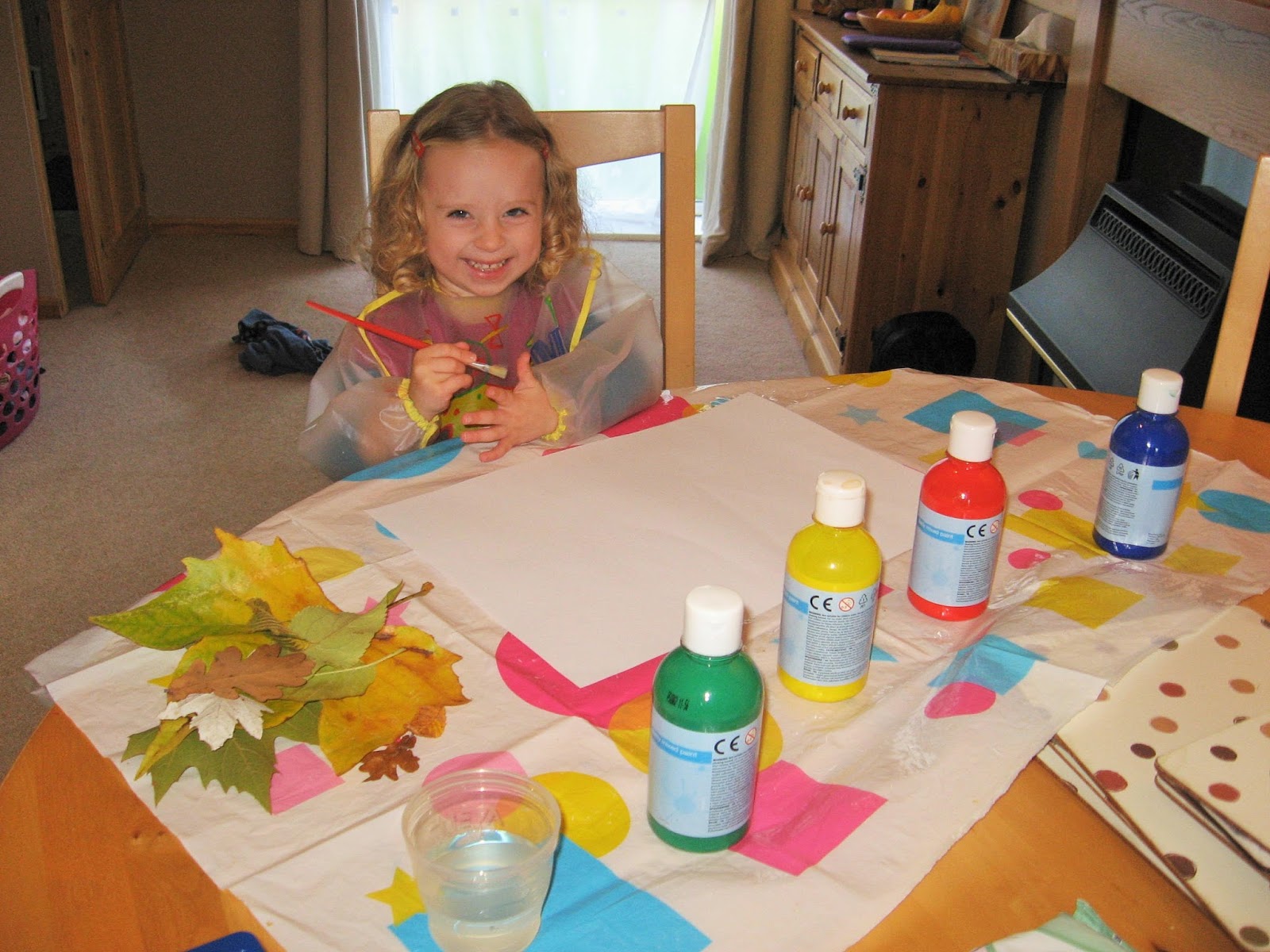 I set her up with some protective gear and we got going, first using yellow and red paint to paint the leaves and print them, she loved peeling the leaves off and finding the print underneath. 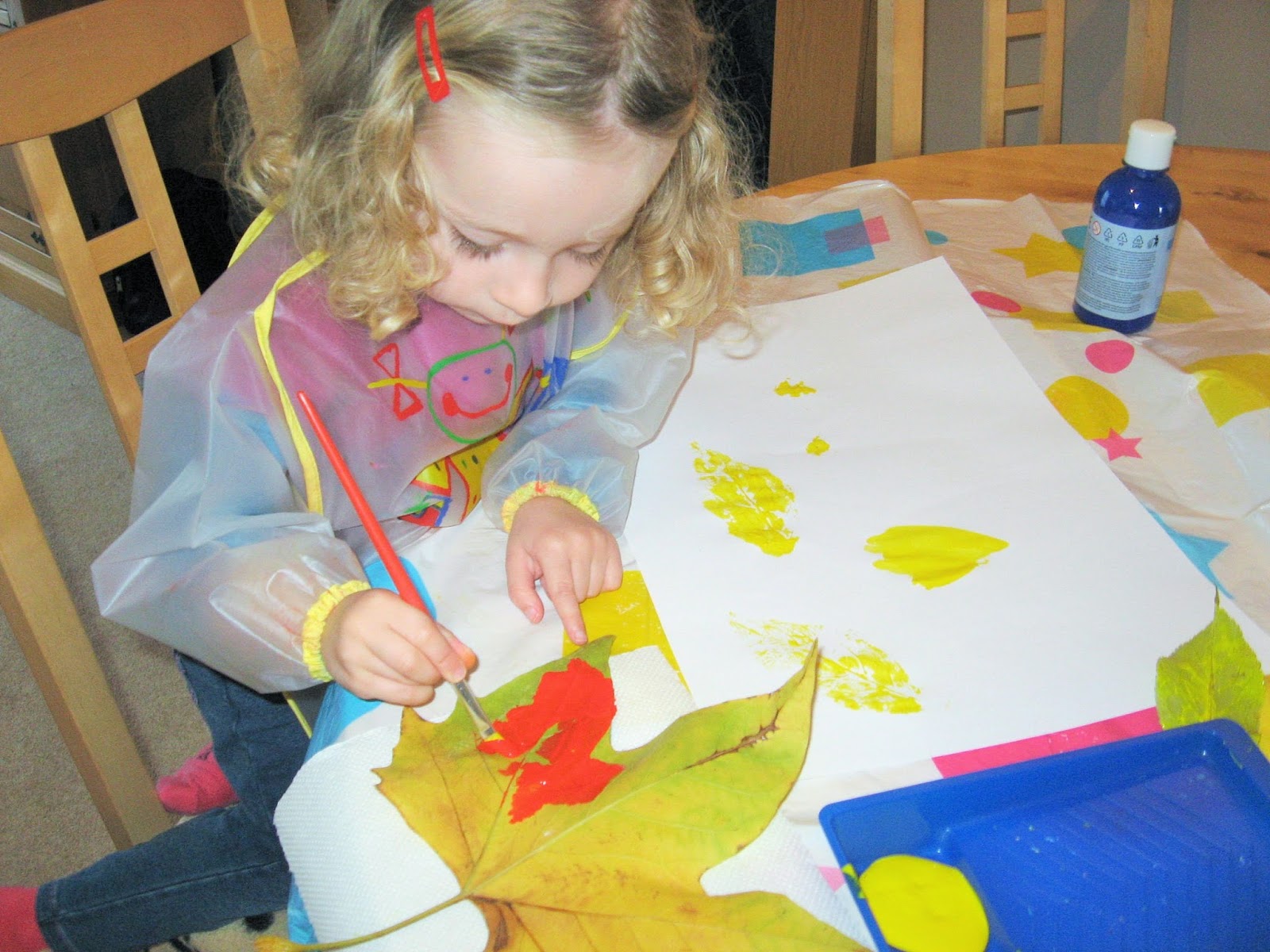 Then we mixed the two colours together to make orange, she was a bit amazed that she could make another colour at first and thinking about it, it was probably the first time we had really talked about mixing colours as generally she is very good and doesn't do that when she is painting, or really notice it is happening. 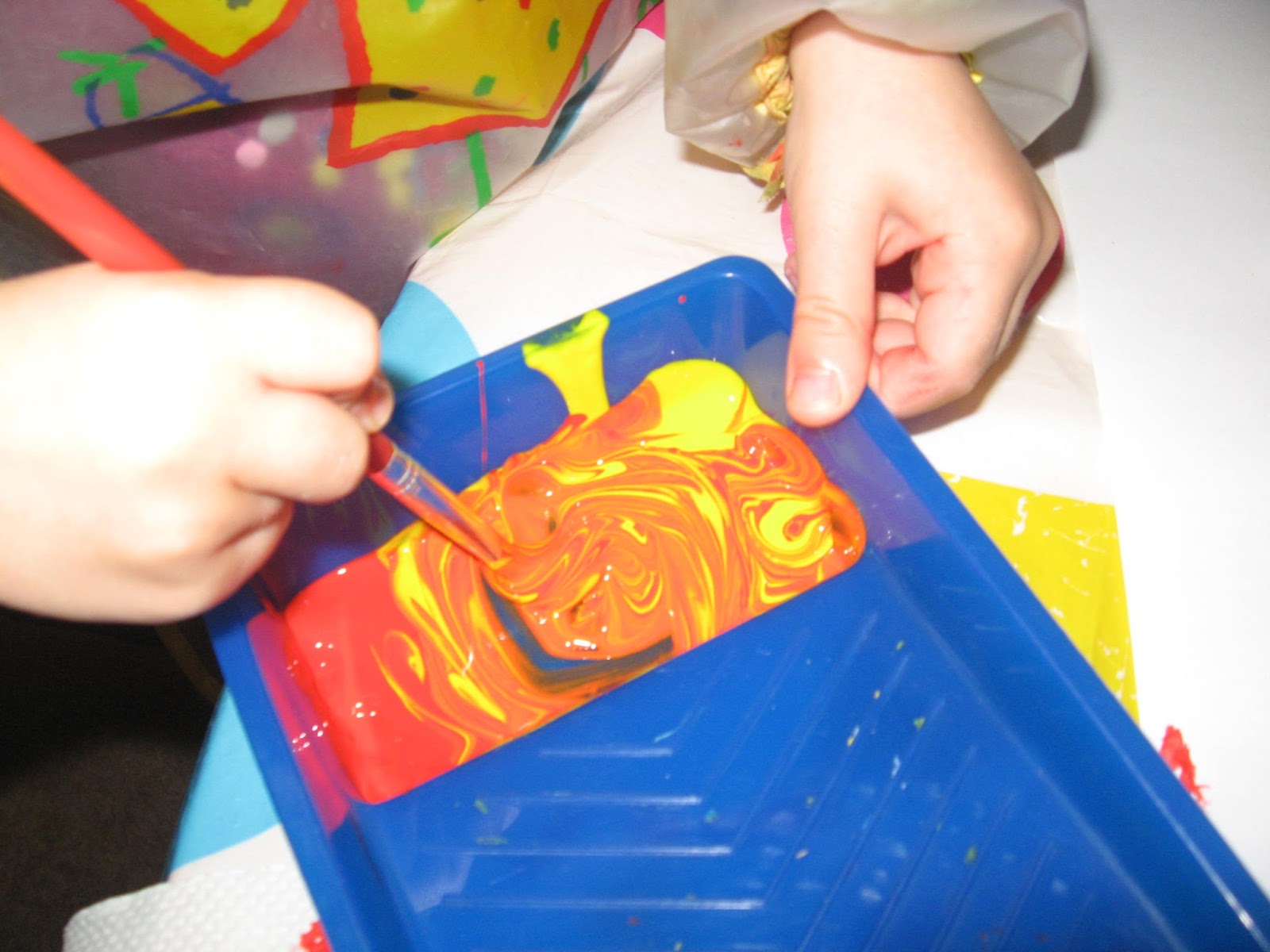 We then added a bit of green paint to make it go brown and our autumn colour leaf printing pictures were finished and they looked great. 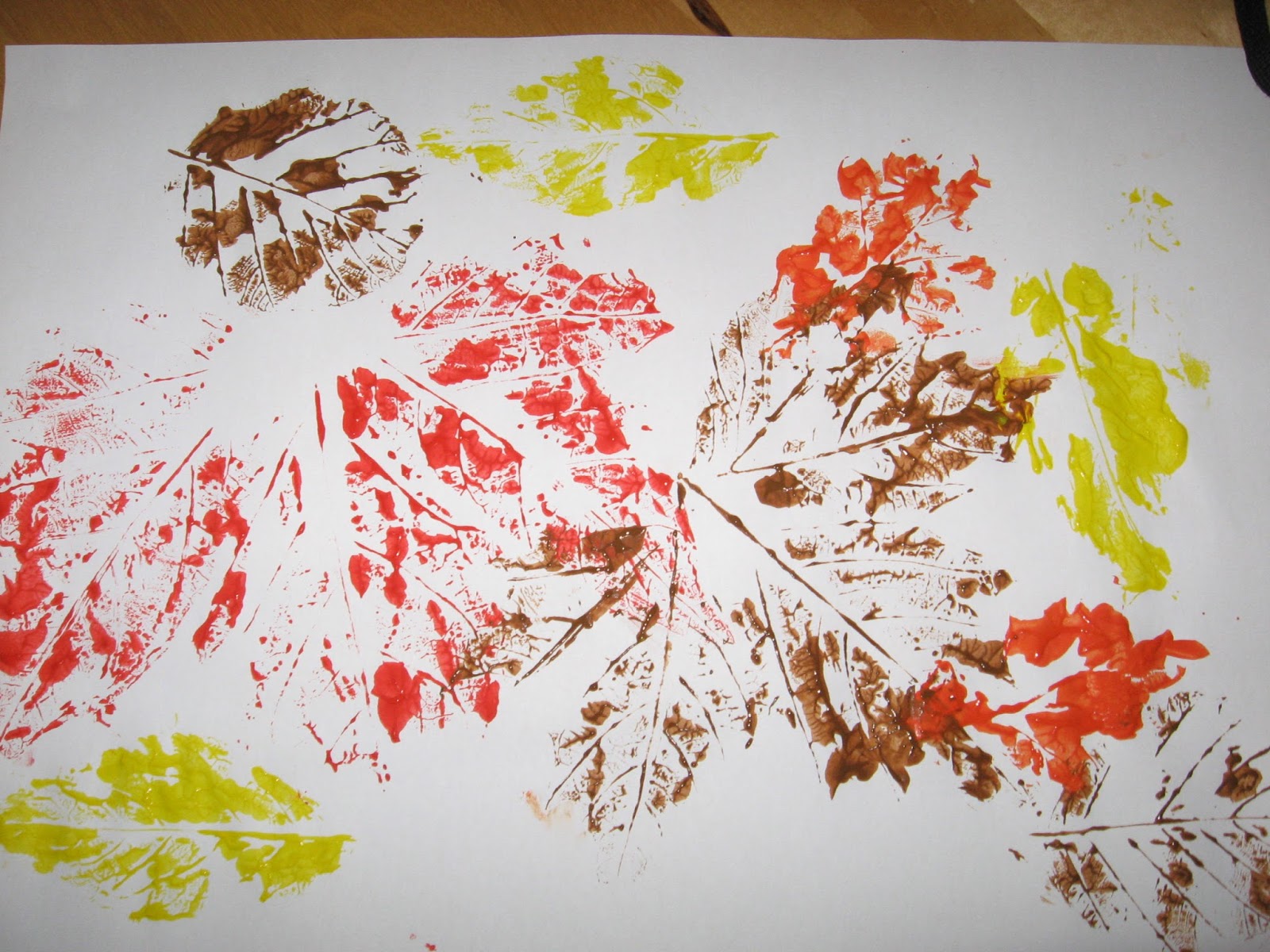 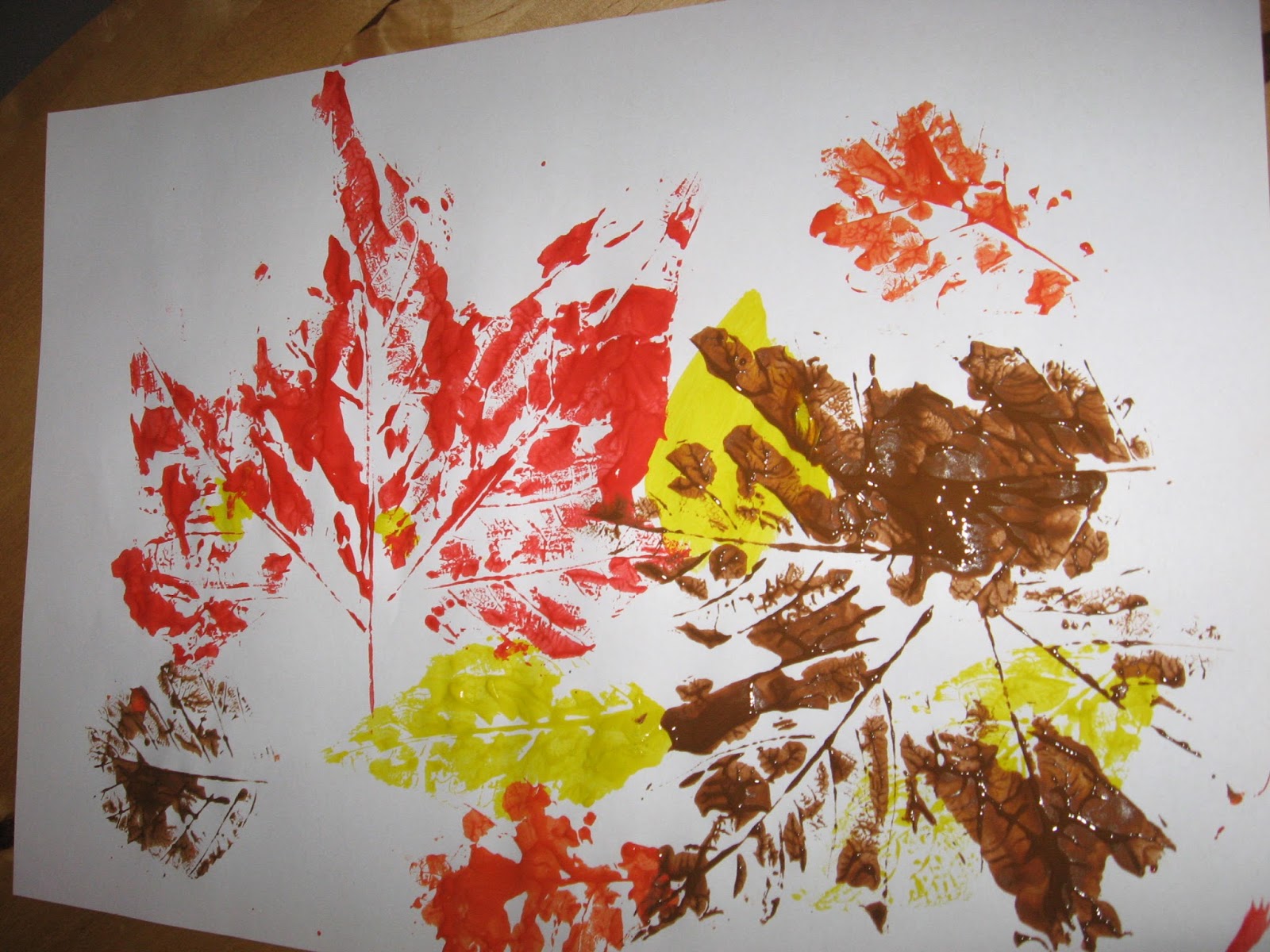 I then let her free with the paint and she started to paint a picture, she said it was a picture of the baby in my tummy, she drew a face and gave it eyes and then coloured it in. She then discovered the water pot and spent the next 15 minutes just mixing colours and putting the brush in the water and repeating the process with the odd bit of dabbing the wet brush on kitchen roll. 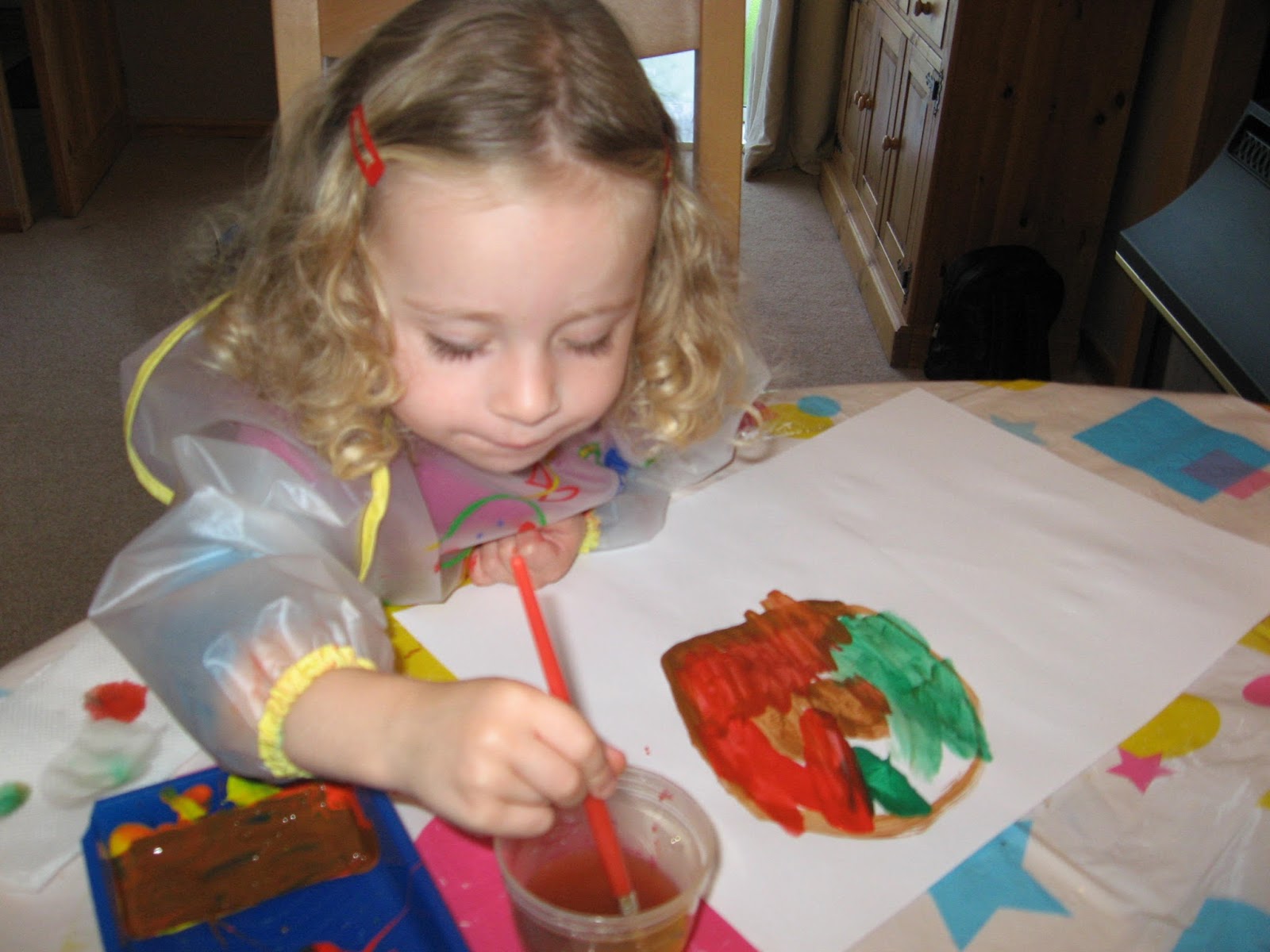 She was really engrossed in this and concentrating hard, I kept changing the water in the pot for fresh so she could see the different colours she was making, it was lovely to see her so engaged with what she was doing, she didn't speak or ask any questions just watched and discovered. I think it is great when a planned activity goes off on a tangent of discovery (as long as it isn't a really messy one), I love to see how her little mind works and the way that children think and learn. 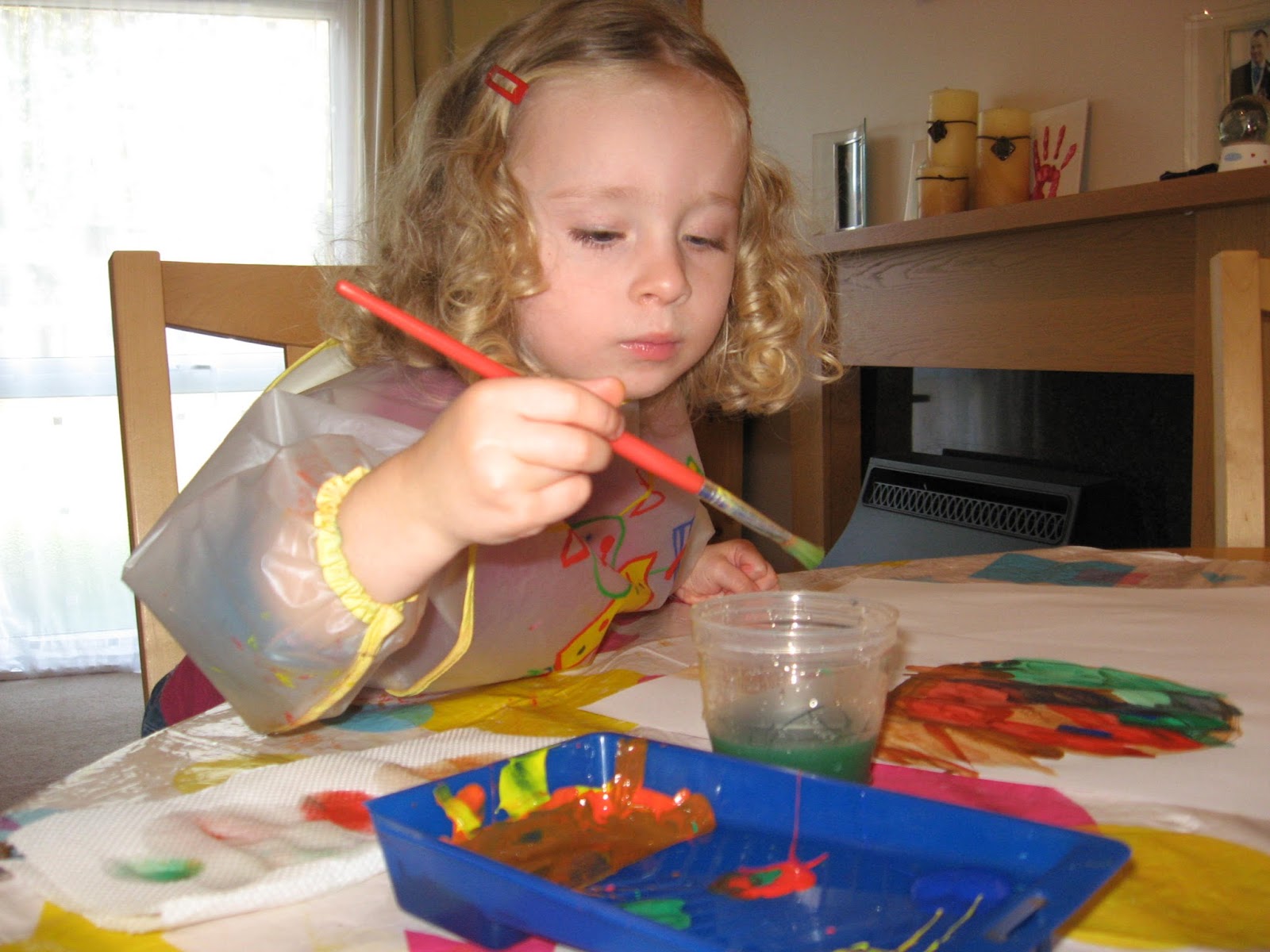 Have you done any Autumn activities this week?
at 9:22 pm
Email ThisBlogThis!Share to TwitterShare to FacebookShare to Pinterest
Labels: getting crafty, little 2, messy play