I have mentioned a few times before that Little 1 plays hockey, she attends a hockey club for ages 2 and a half to 6 where she learns hockey skills by playing games aimed to develop hockey skills, she does things like dribbling around cones, goal shooting, running games-to develop their ability to stop and change direction and team work.

They are not taught tackling nor do they play actual games as it is the skills they learn and then if they want to they can join the proper hockey clubs afterwards. Around here the proper hockey clubs will not take children under 7 because of the injury risk so a club like this is great as she can learn the skills she needs while she is young and then if she wants move up she can.

Hockey was not our choice of extra curricular activity! I had suggested she might like to go to ballet like some of her friends or gymnastics like I did as a child but she wasn't really interested. Last summer we took her to a sports fest near us to find some information on what was about and to pick up some info from the gymnastics club. We walked onto this huge field with various sports stands and displays on that day of the year it was 32 degrees wondering what we were doing.

Little 1 made a beeline for the adult hockey stand where a lad was whacking balls into a net, she picked up a full size stick and started hitting balls into the net. A lady came over and gave her a smaller stick and some lighter bigger balls and off she went, her aim was brilliant and she sure had some power behind those little arms. The lady asked if she played hockey at school and I replied that she was only 3 and 3/4! She was pretty impressed with Little 1's skill and told us of the toddler hockey club across the field.

We carried on looking around the circuit of stalls and just a few minutes later we were sought out by the club teacher who had been told of Little 1 by the other stall, we were offered a free session and took Little 1 along the day after her fourth birthday, she has now been attending 9 months and loves going every weekend.

The best thing is that they work towards skills medals, bronze, silver, gold and a mini trophy level in each of the 9 skills areas such as posture, dribbling, scoring, and group work. Little 2 recently earnt her silver medal. Here she is receiving it with her teacher. She is now working on her gold medal. 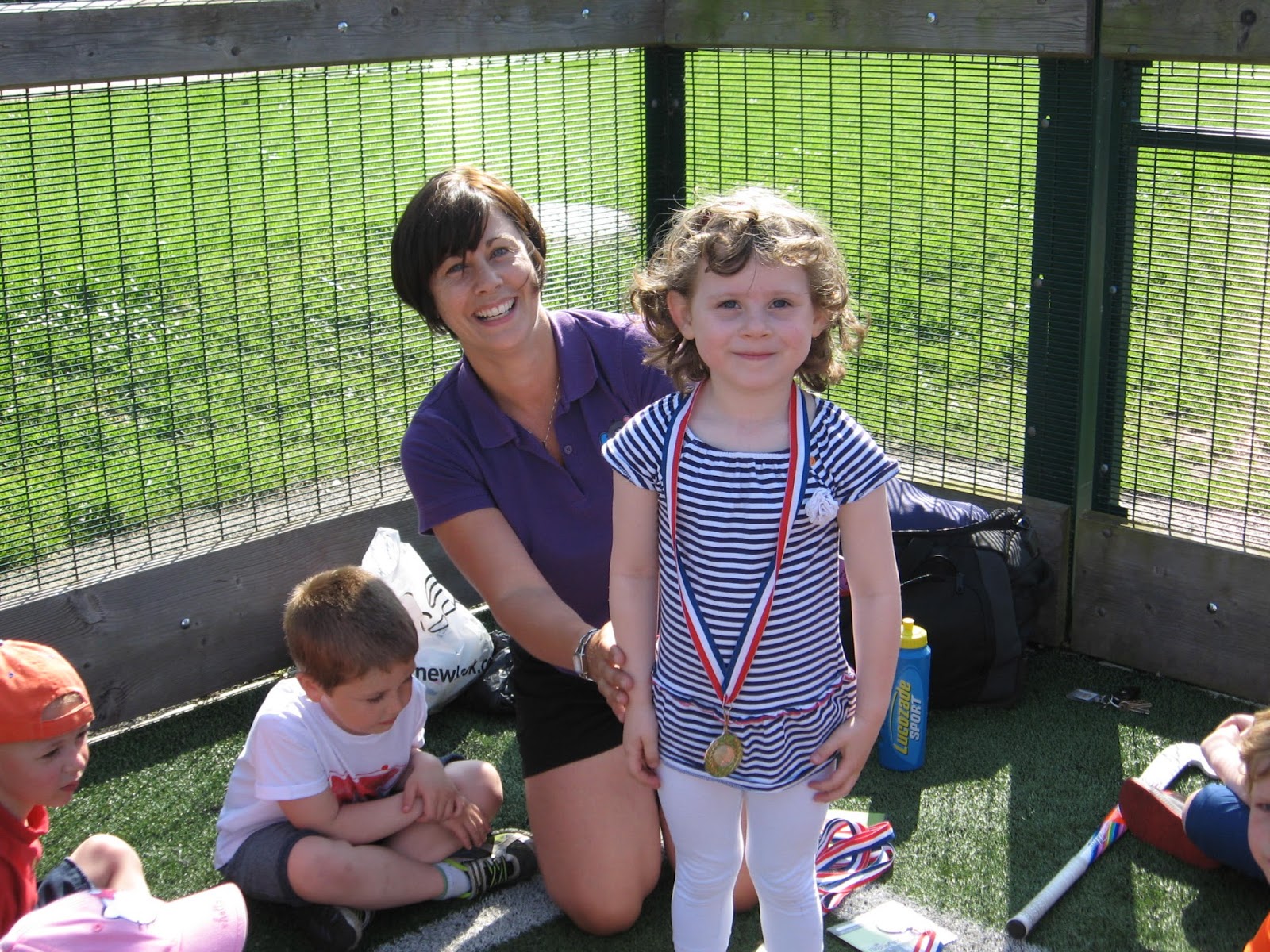 I am very proud of my little girl as she tries really hard and is doing really well too, the only problem is that when we go to play crazy golf as a family now she really does give Daddy and I a beating, I am sure she is using her hockey skills to get all those hole in ones!!