I have seen quite a few posts recently on bloggers making ice cream cone cupcakes and thought it would be something the Little ones would enjoy doing seeing as they love baking cakes and eating cake and ice creams too, I thought they would enjoy the novelty factor.

We haven't done much baking over the summer holidays, the girls have either been outside playing in the garden or we have been out and about having fun so it was about time we did some more. 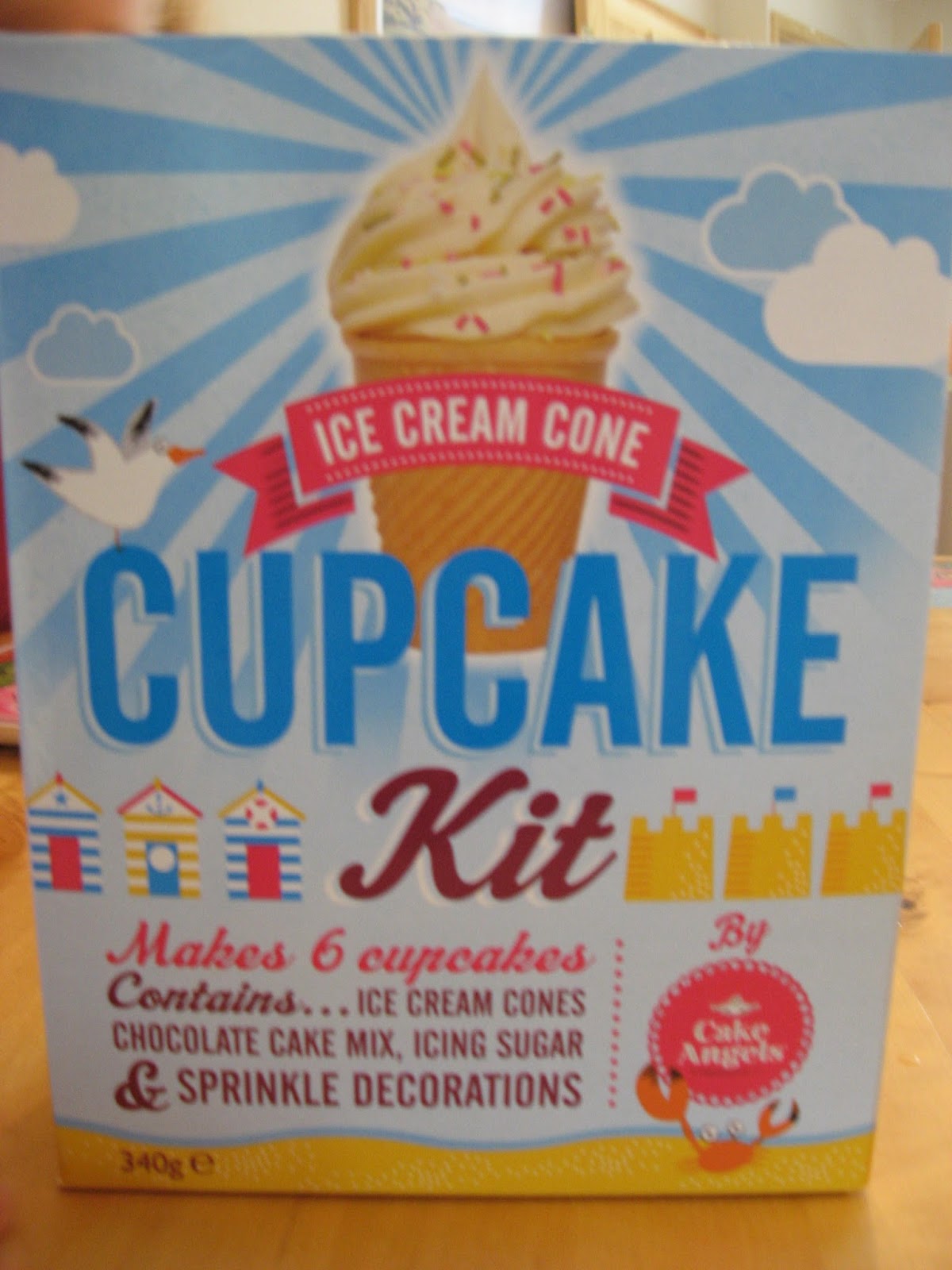 We usually bake from scratch as I think food tastes better that way and it is educational for the children, learning about how to cook, where food comes from and a bit of maths and science thrown in too. I came across a kit to make ice cream cone cupcakes when out shopping I bought it to give them a try and when it was drizzling one afternoon we gave it a go. 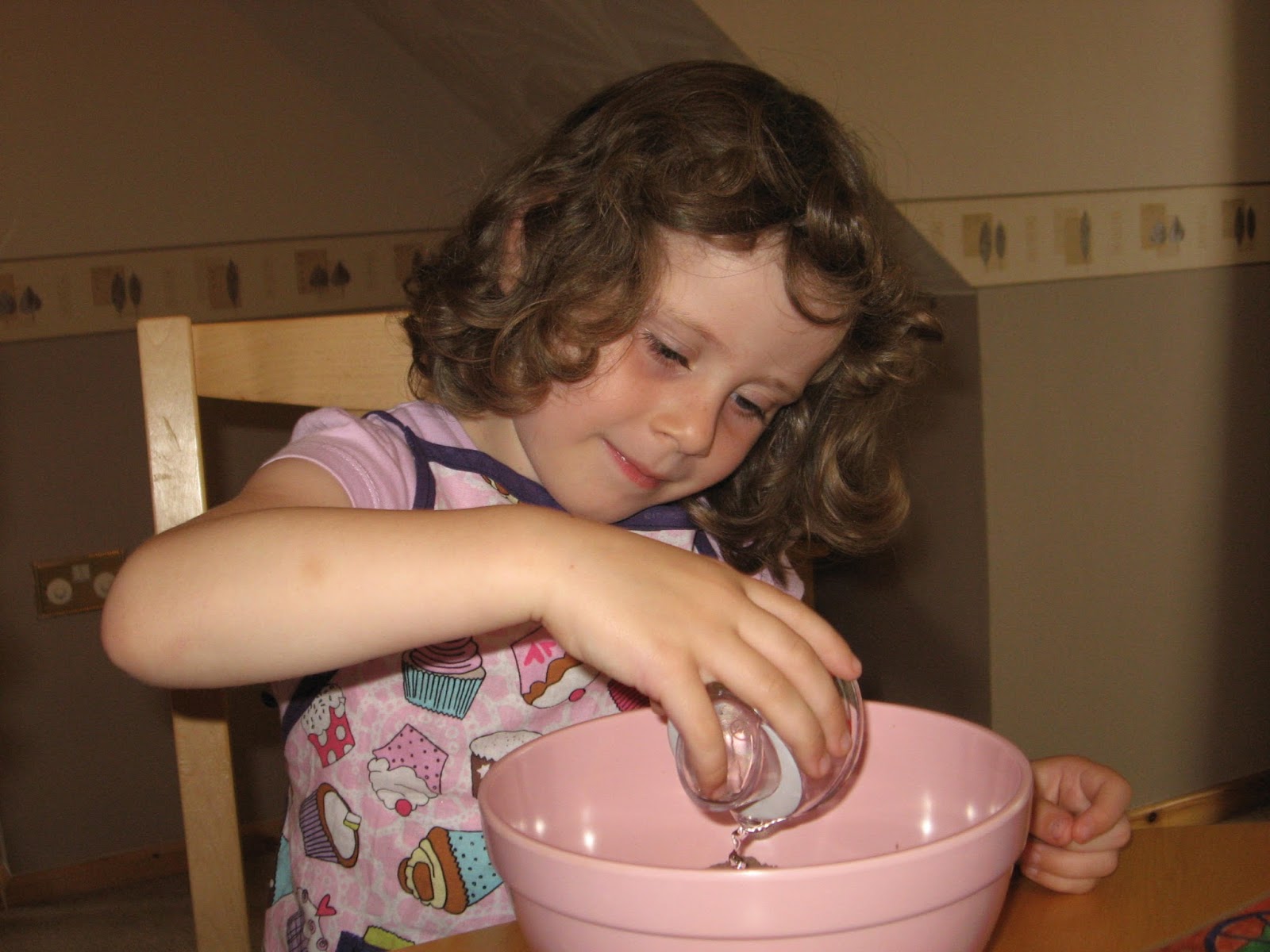 First the girls laid out the cones on a baking tray and then we got making the cakes. It was a simple packet chocolate muffin mix that they just needed to add water and whisk, then spoon into the cones. For a simple mix it made an enormous amount of mess as it was rather gooey and drippy and we all ended up covered in the sticky mix even me! 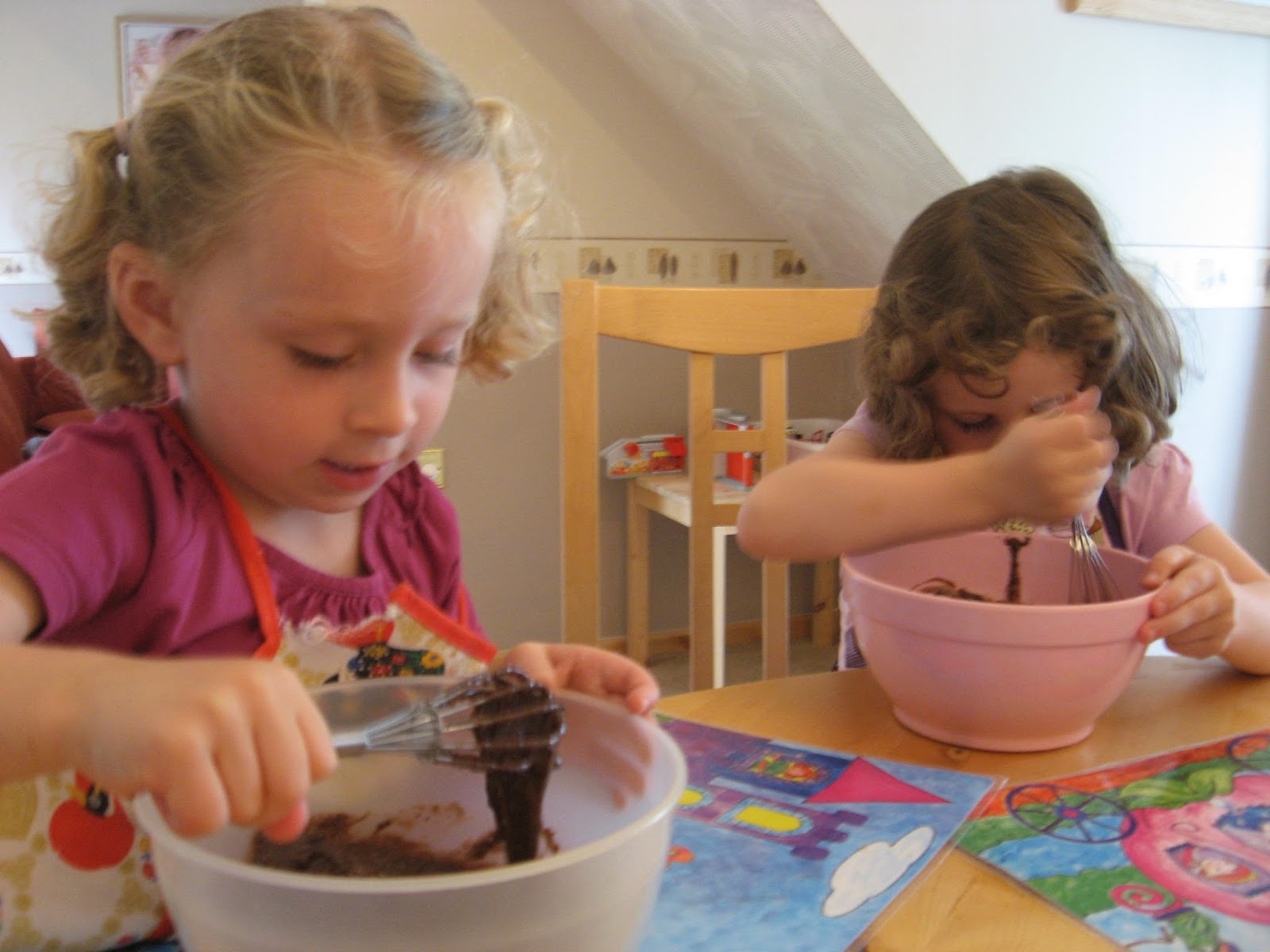 The cones are then baked in the oven for 20ish minutes until the cake is cooked, they rose up in the cones and did look quite like chocolate ice creams. 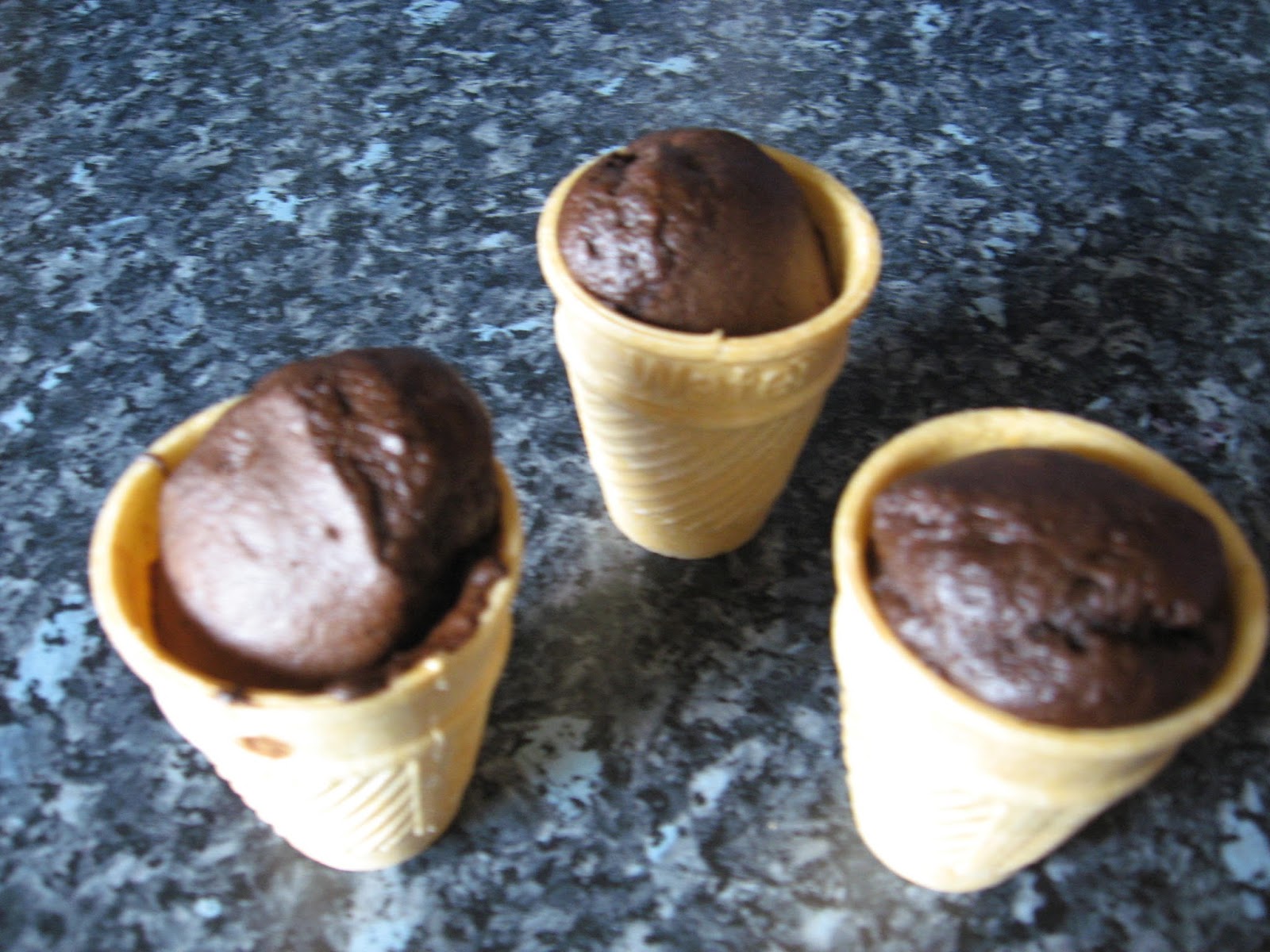 The next stage was to make the butter icing and pipe it onto the cakes to look like ice cream and decorate with sprinkles, the instructions said to add 60g of butter and 1 teaspoon of milk and mix. The Little ones were itching to do the topping after having waited for the cakes to cool were getting a little impatient. I may have inadvertently added a tablespoon of milk instead of a teaspoon and made the mix rather too runny, unfortunately I didn't have anymore icing sugar to hand to thicken it up. 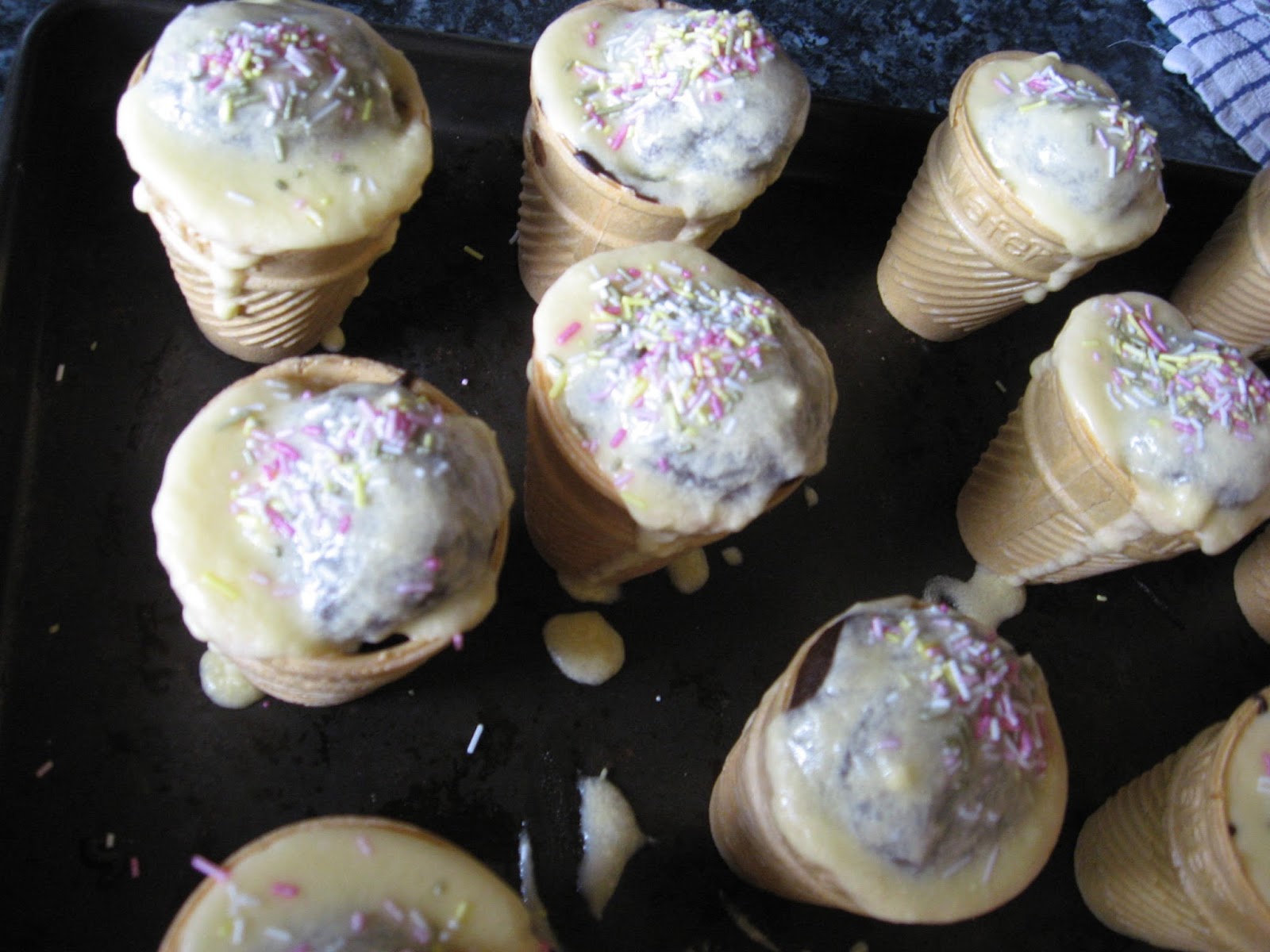 We went ahead and used it anyway spooning rather than piping the icing onto our cakes! Our cupcakes looked like melted ice creams that had been out too long but the girls said they tasted good! 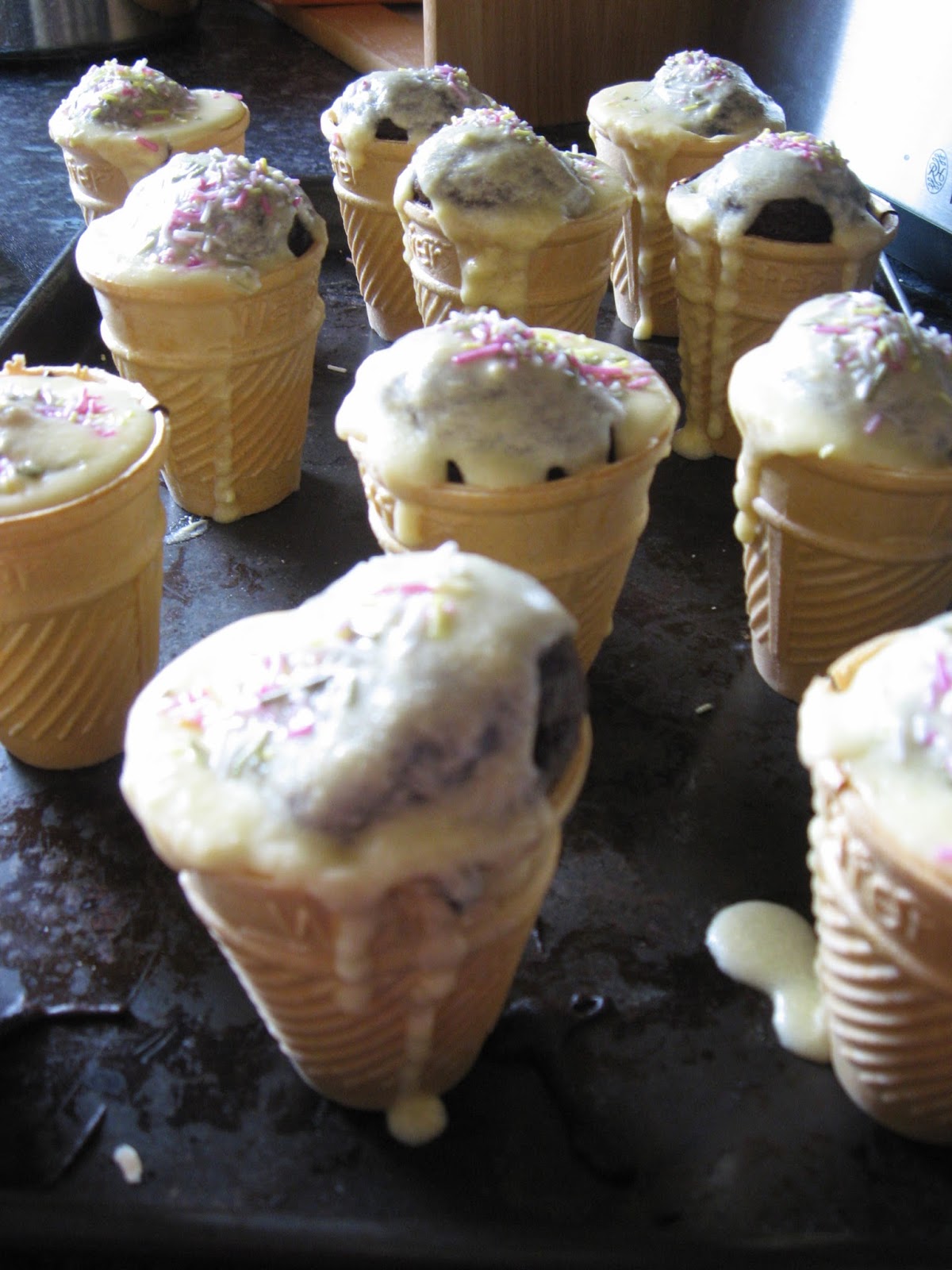 We didn't really like the cone part of the cakes as they were bland and soggy (which could have been due to the runny icing), most of them ended up being eaten with a fork getting the cake out and leaving the cone and I did throw several away the next day as the cake was hard despite being stored in a tin. I was disappointed with this cupcake kit and have to say that I will stick to baking from scratch in the future. 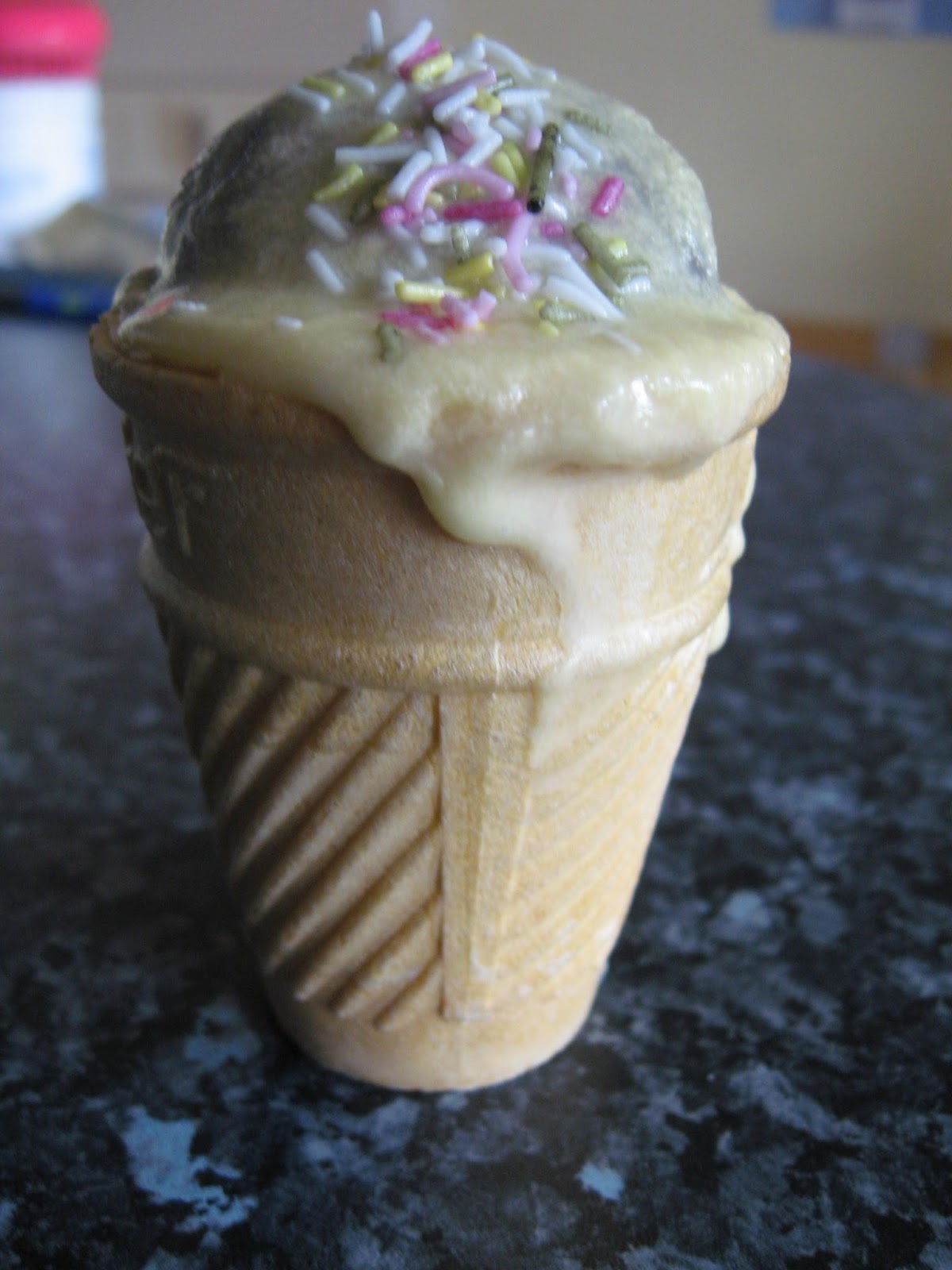 N.B This was not a sponsored post.
at 11:07 pm
Email ThisBlogThis!Share to TwitterShare to FacebookShare to Pinterest
Labels: baking, little ones, mummy