I've said before that the Little ones like collecting things and our last little stroll was no exception. Little 2 had collected feathers, seeds, grass and a leaf when we popped out for a coffee and stroll around a lake nearby with Nanny on her recent day off while Little 1 was at preschool.

There had been lots of ducks on the lake, we had fed them bread, and spotted a stork too.

I had the idea of following on the duck theme the next day when I came across the feathers. Little 1 was at preschool again so I decided to have a bit of one on one creative time with Little 2. I hopped onto the internet and printed off a couple of duck templates with the idea of sticking the feathers on. They were rather small so I ended up drawing a duck freehand instead, I don't think it looked too bad for someone who can't draw! 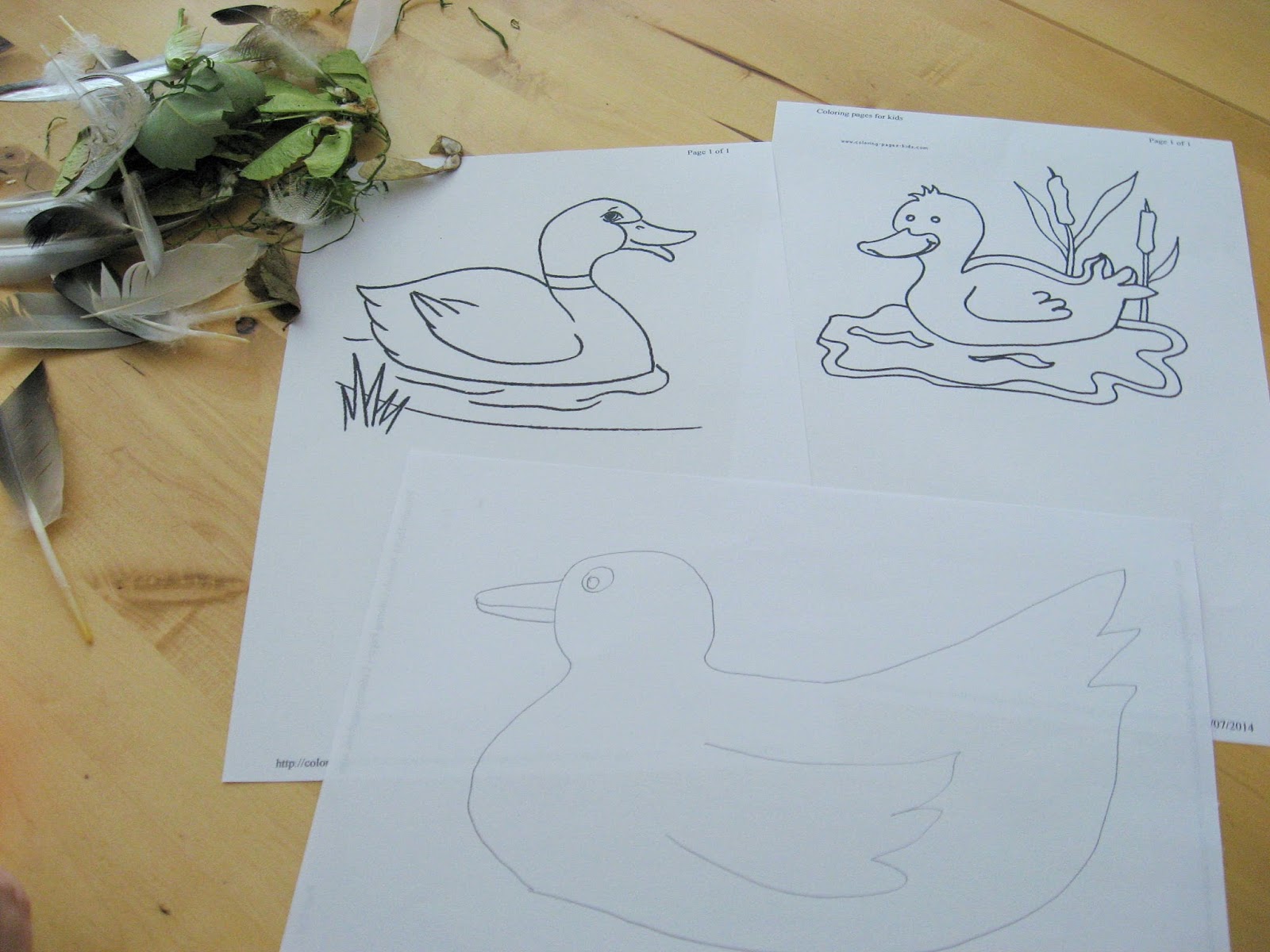 Little 2 couldn't wait to get started, she loves sticking. She took her time and was very methodical covering the page with glue, dipping it carefully and waiting for it to drip before glueing the paper. 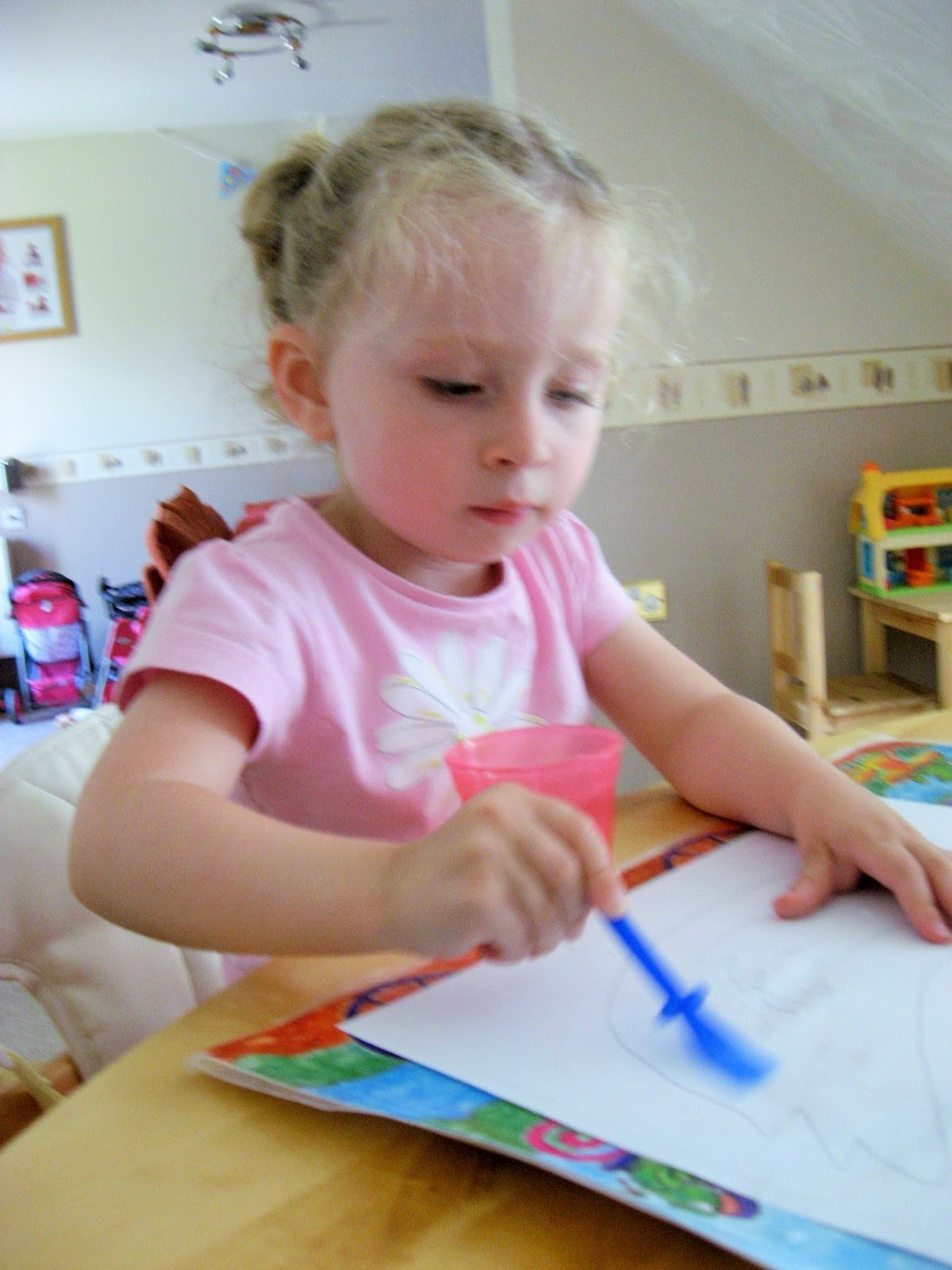 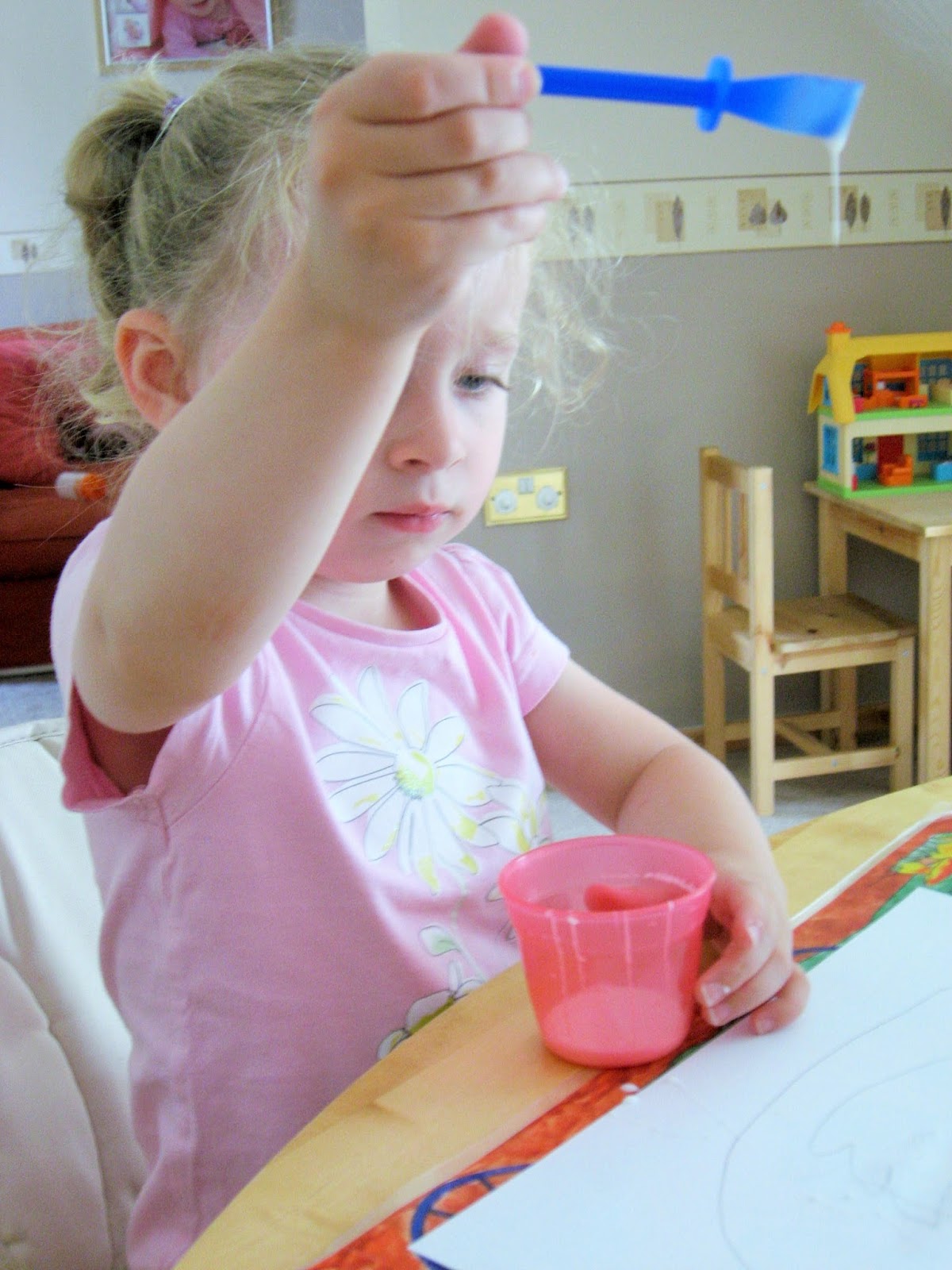 She enjoyed sticking the feathers on the duck and the seeds below to make grass, the leaf was apparently a tree! 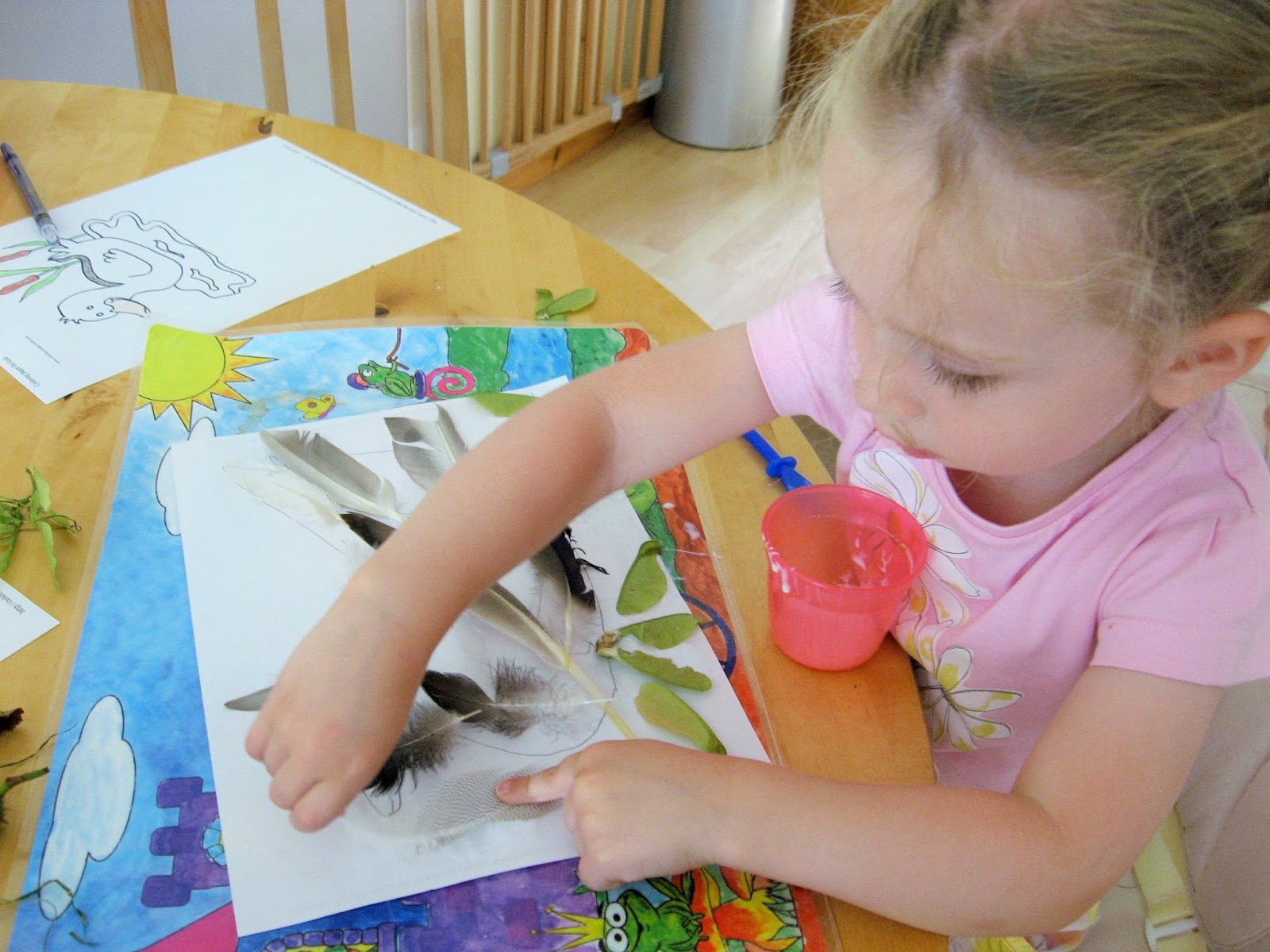 After clearing up the sticking we moved onto colouring the other pictures, even I coloured one in and found it rather therapeutic. Her duck pictures are now on display in the kitchen and she proudly showed them to Daddy and Little 1 when they got home. Little 1 has now insisted I draw her some ducks to colour too. 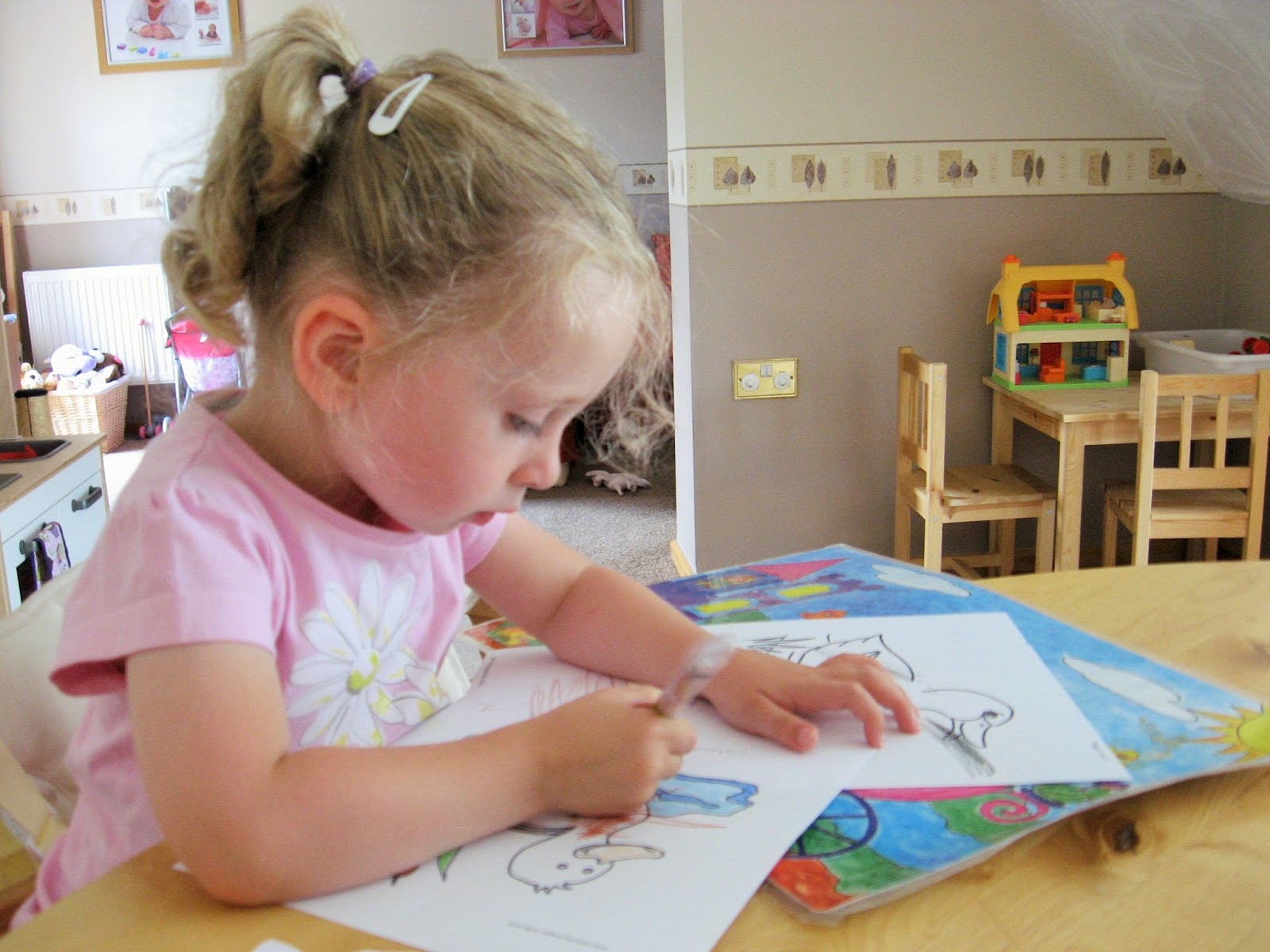 at 6:00 am
Email ThisBlogThis!Share to TwitterShare to FacebookShare to Pinterest
Labels: getting crafty, little 2, messy play