Red arrows on the beach

I am a bit behind with my holiday posts as we have now been back 2 weeks but in my defence I have been busy there have been meetings, story sessions for Little 1 starting school and of course Britmums so here goes.

In the middle of our holiday while much of the UK was being drenched by thunder storms we  on the Isle of Wight woke up to this, not a cloud in the sky, it was a day for the beach. 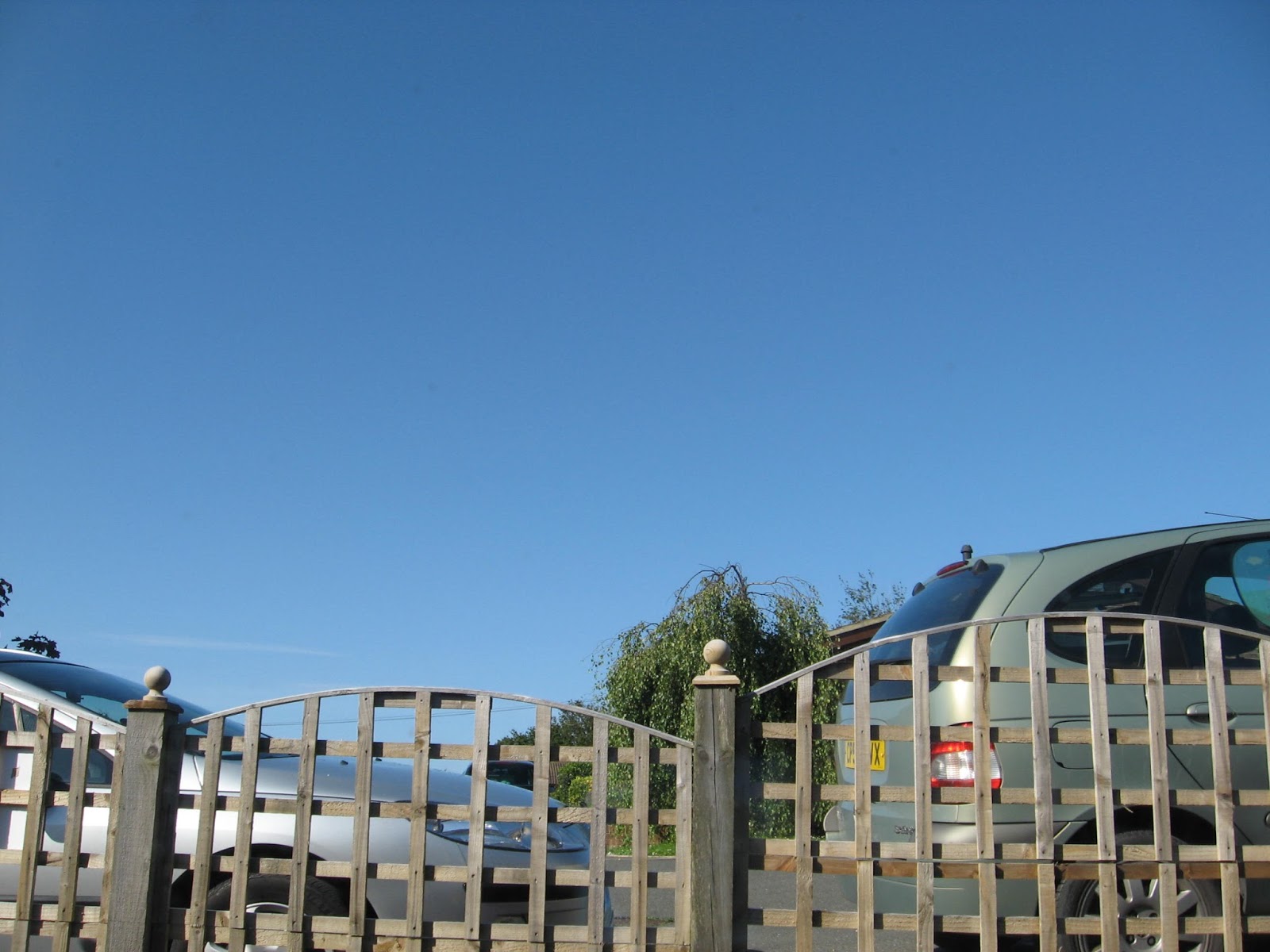 We headed over to Ryde to spend the day on the beach, heaven for the Little ones. They immedietely began to collect shells, dig and build sand castles a mere metre onto the beach, they reluctantly followed us a bit further to a spot by the wall sheltered from the wind and got stuck in. 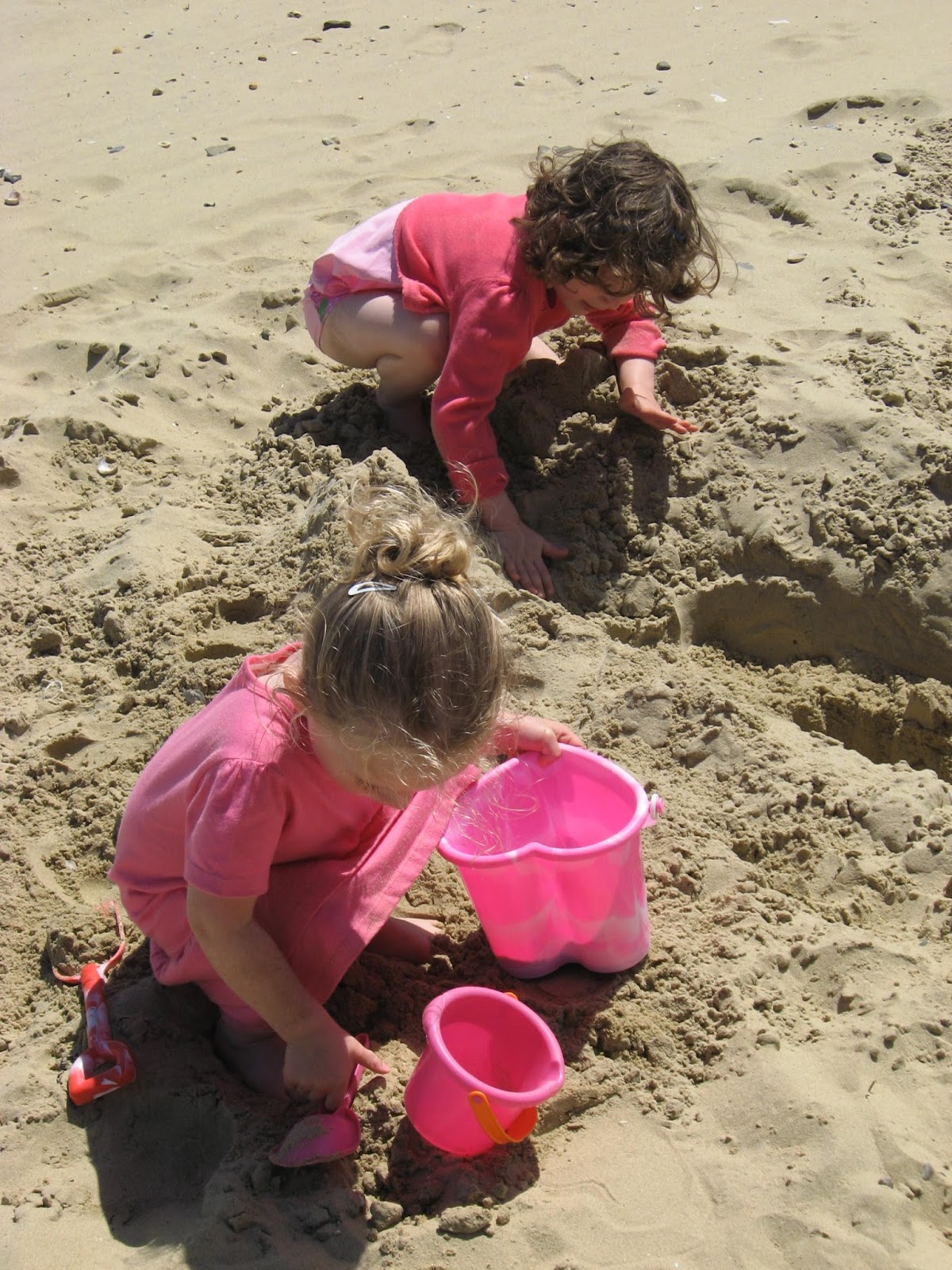 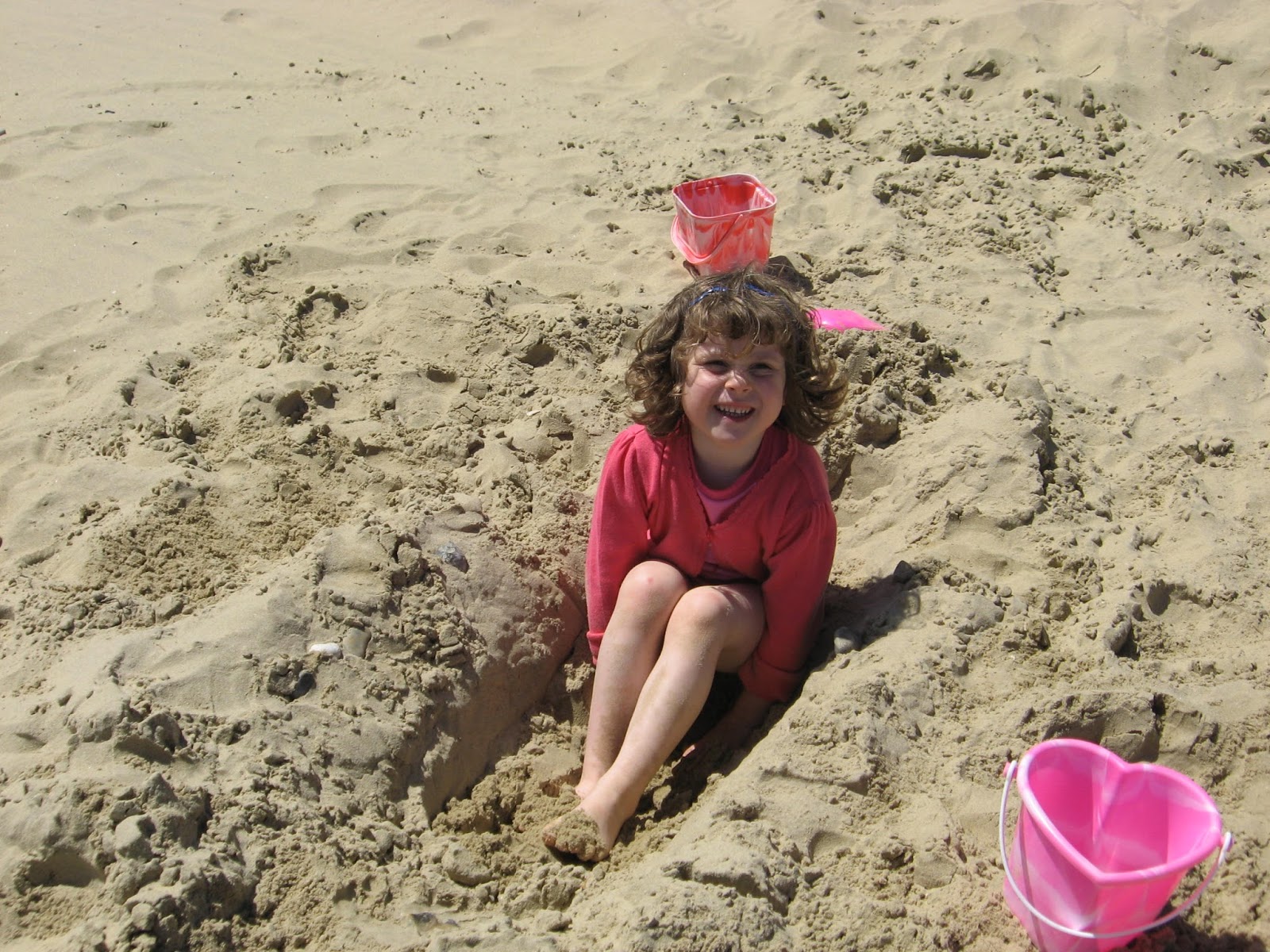 They were in their element digging holes, burying and building castles and going down to the sea to paddle. 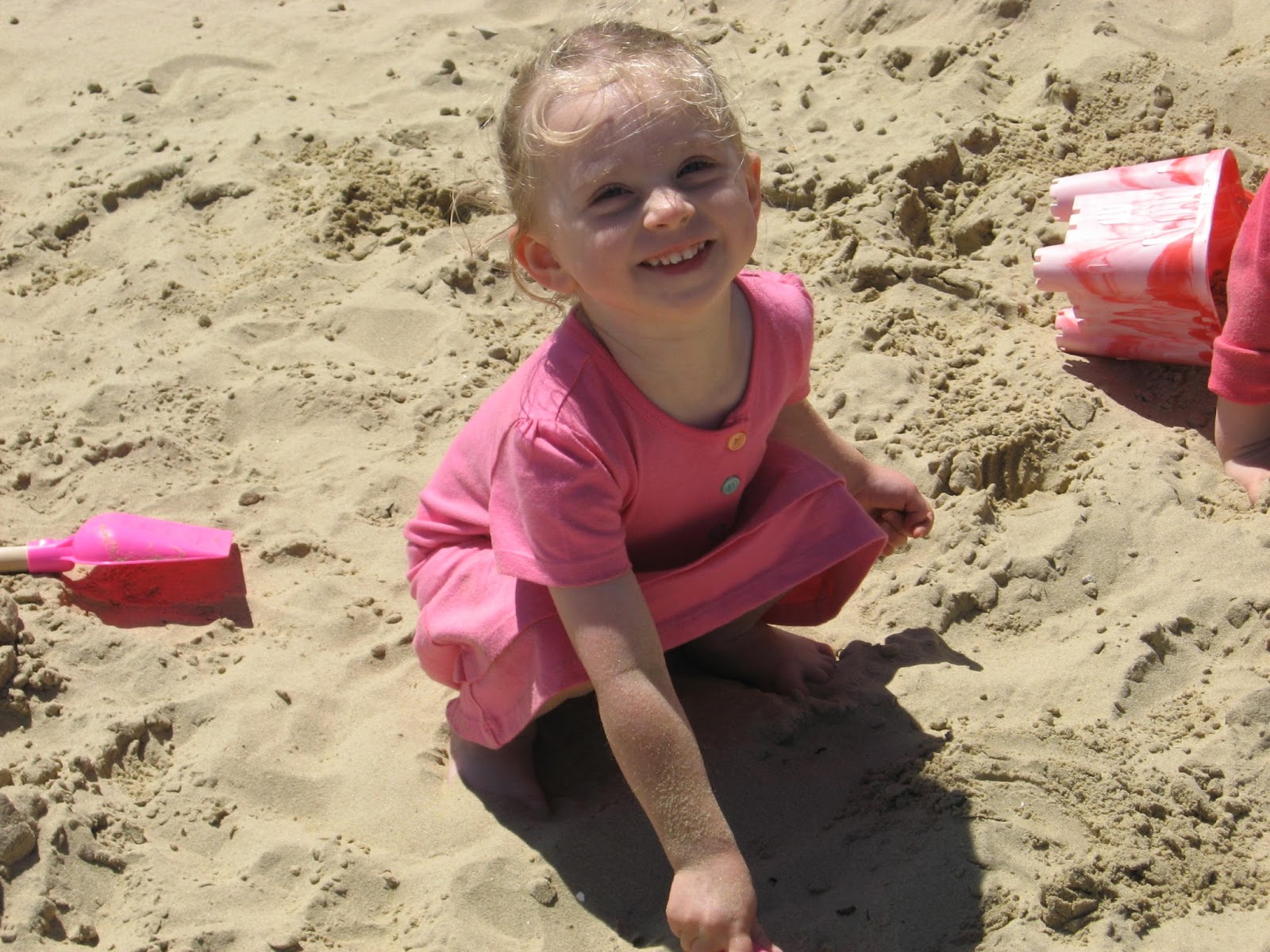 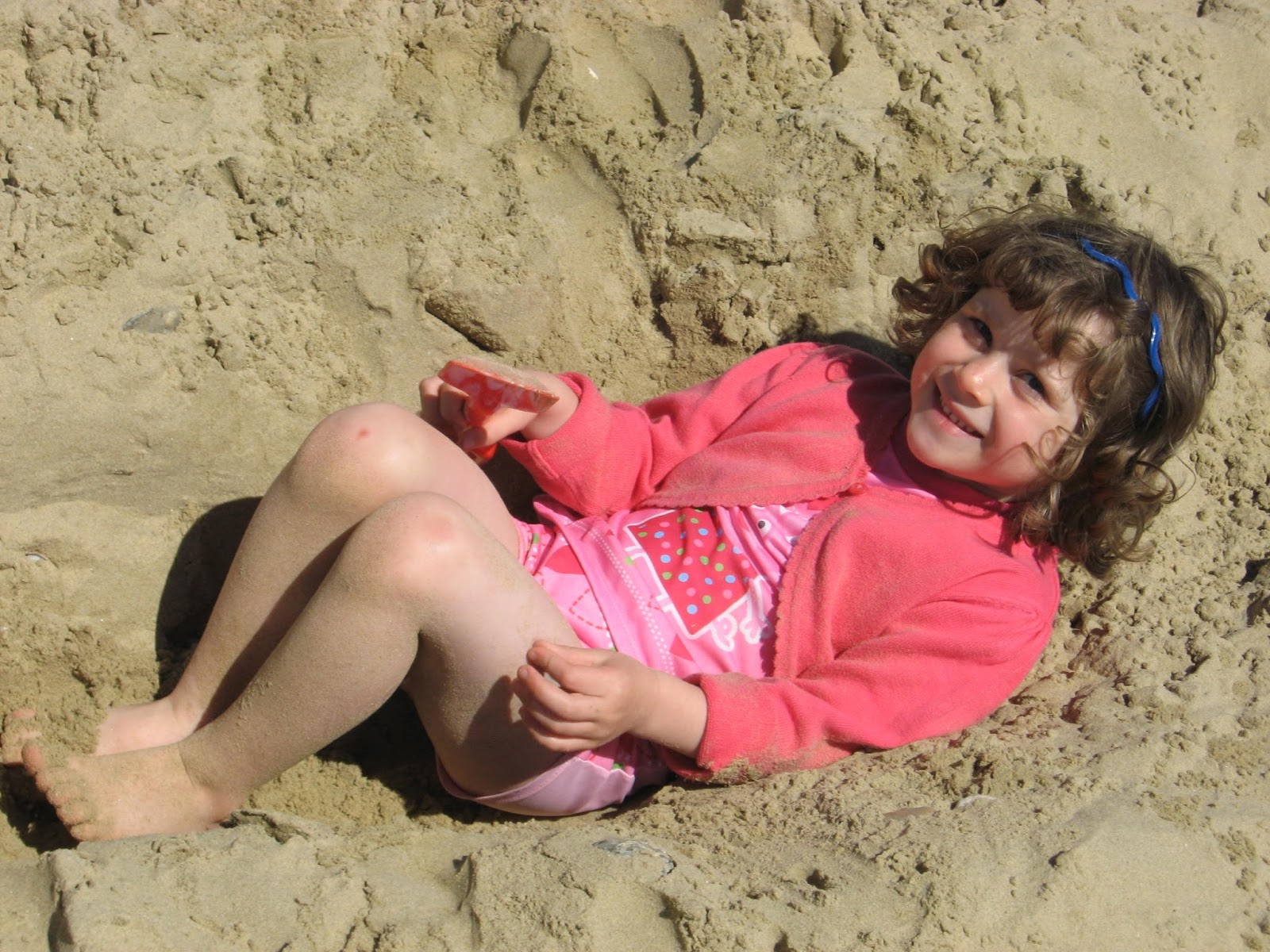 We had a little picnic complete with sandy sausage rolls and began to wonder why lots of people had turned up and were standing all along the wall behind us and coming onto the beach in their dozens, it was after lunch on a very sunny Wednesday what was going on? 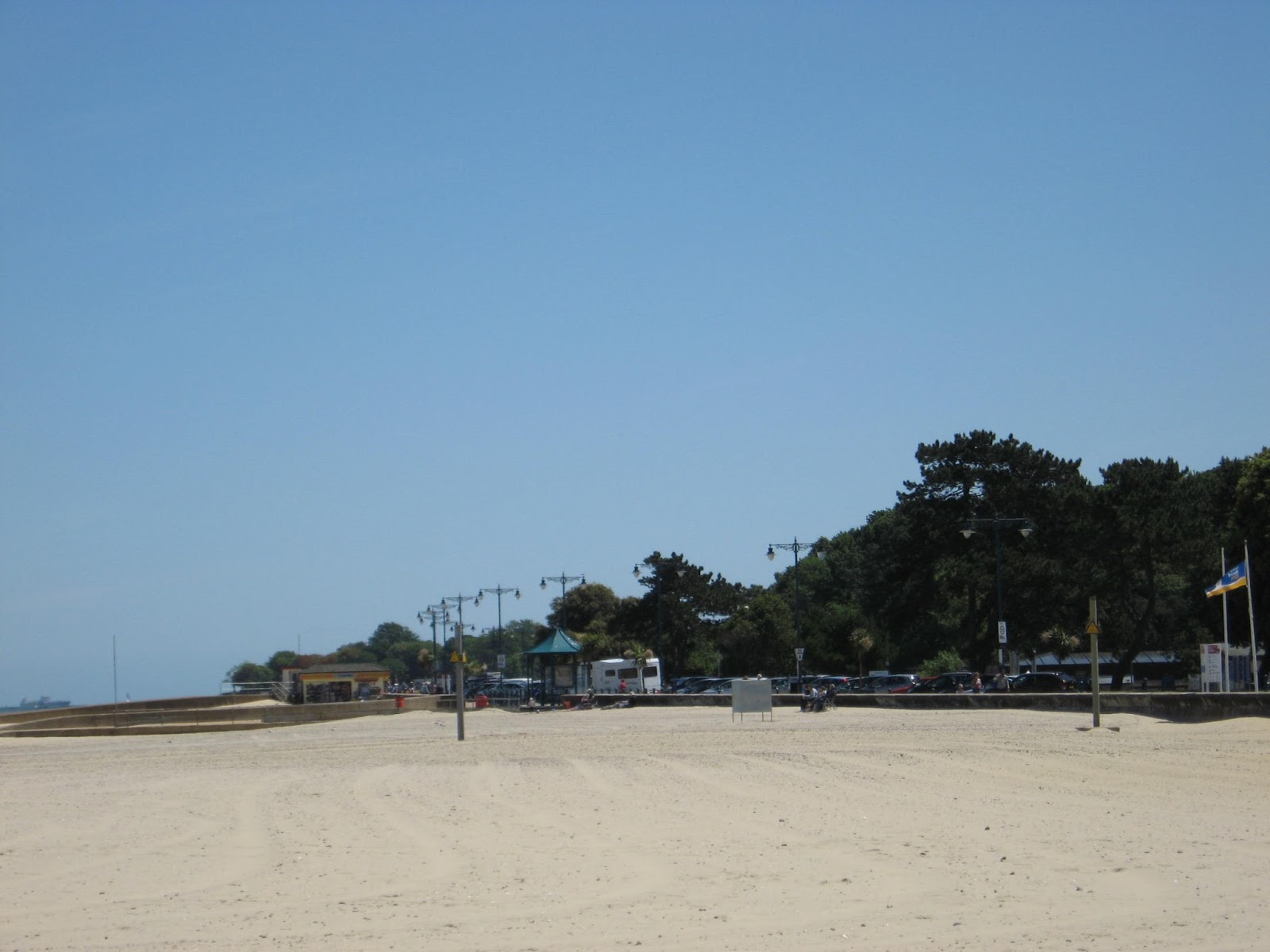 Just a few minutes later we found out as the Red Arrows flew past, they were doing a display at Southampton for the D-day weekend. We sat and watched them flying through the air making patterns and pictures in the sky. My pictures were not that great as I was zoomed in on maximum and they were so fast! The Little Ones were oblivious to what was going on in the sky and despite attempts to tell them to look up, the sand won all their attention. 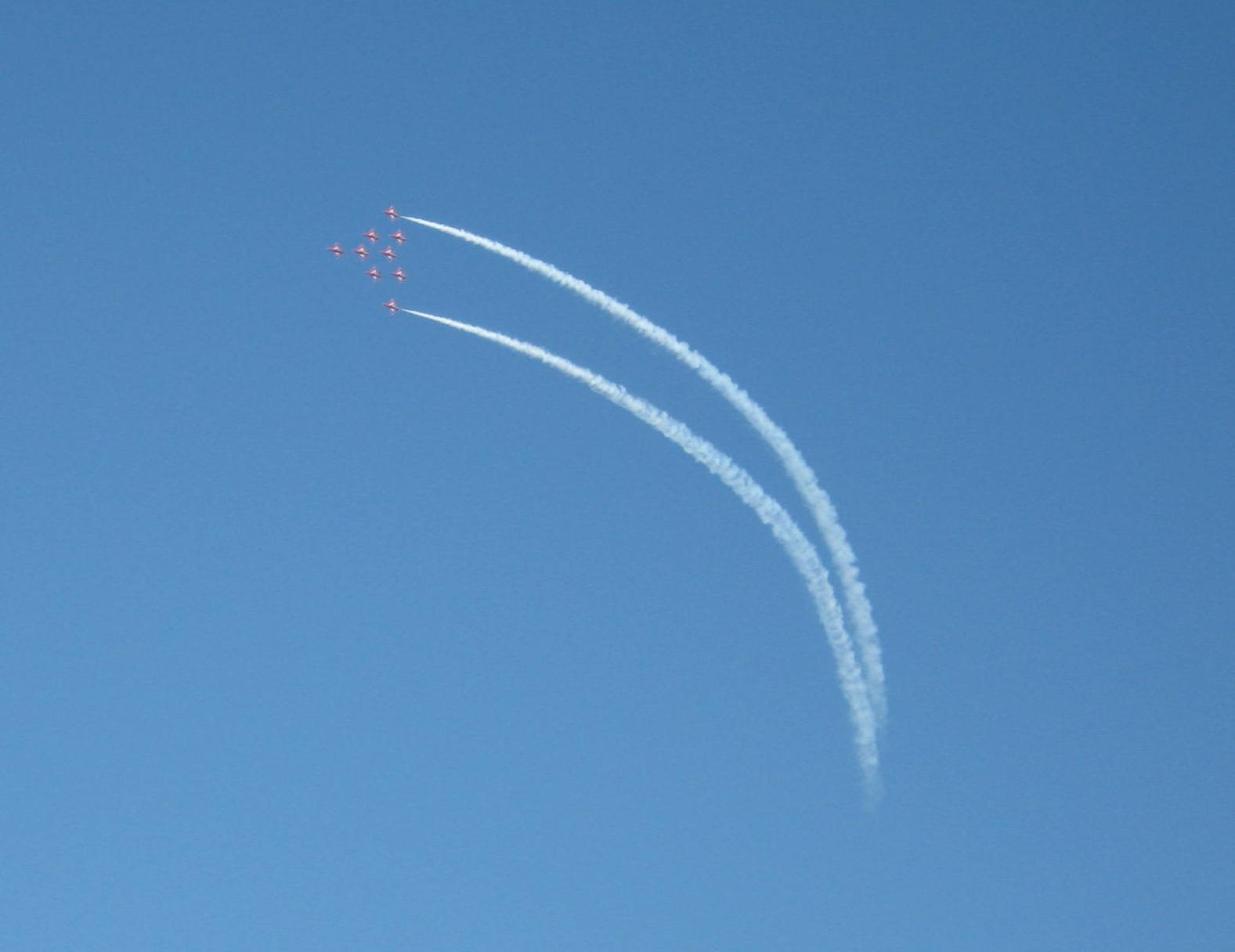 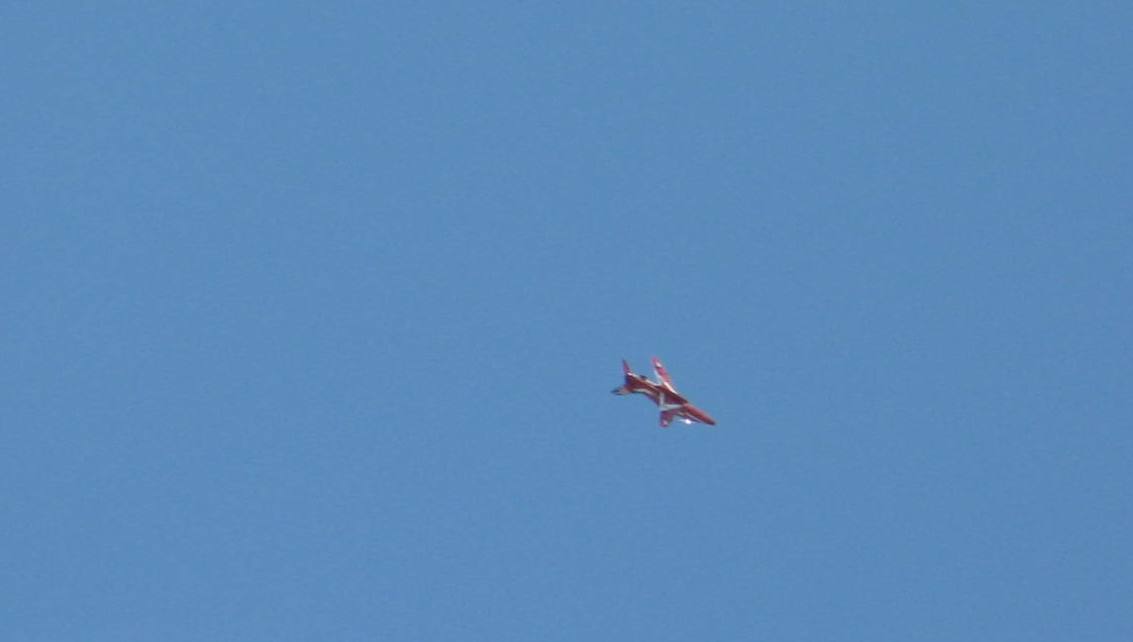 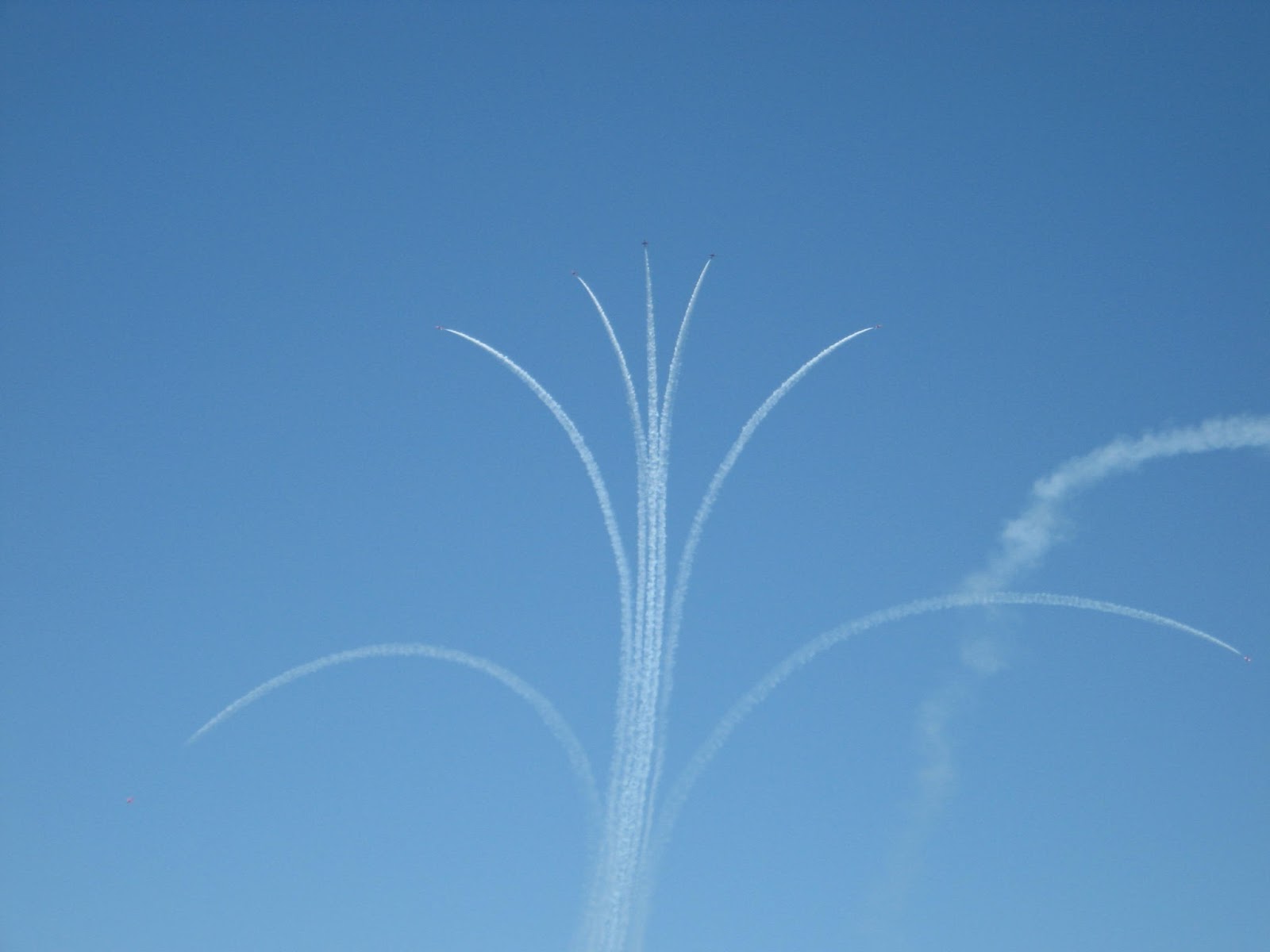 Once the display was over and all the people had gone we realised we had been on the beach for 4 hours and it was time for an ice-cream. We have a rule in our family that everyone gets some sort of ice cream or lolly every day on holiday unless they have been a bit naughty! Today it was cornets... 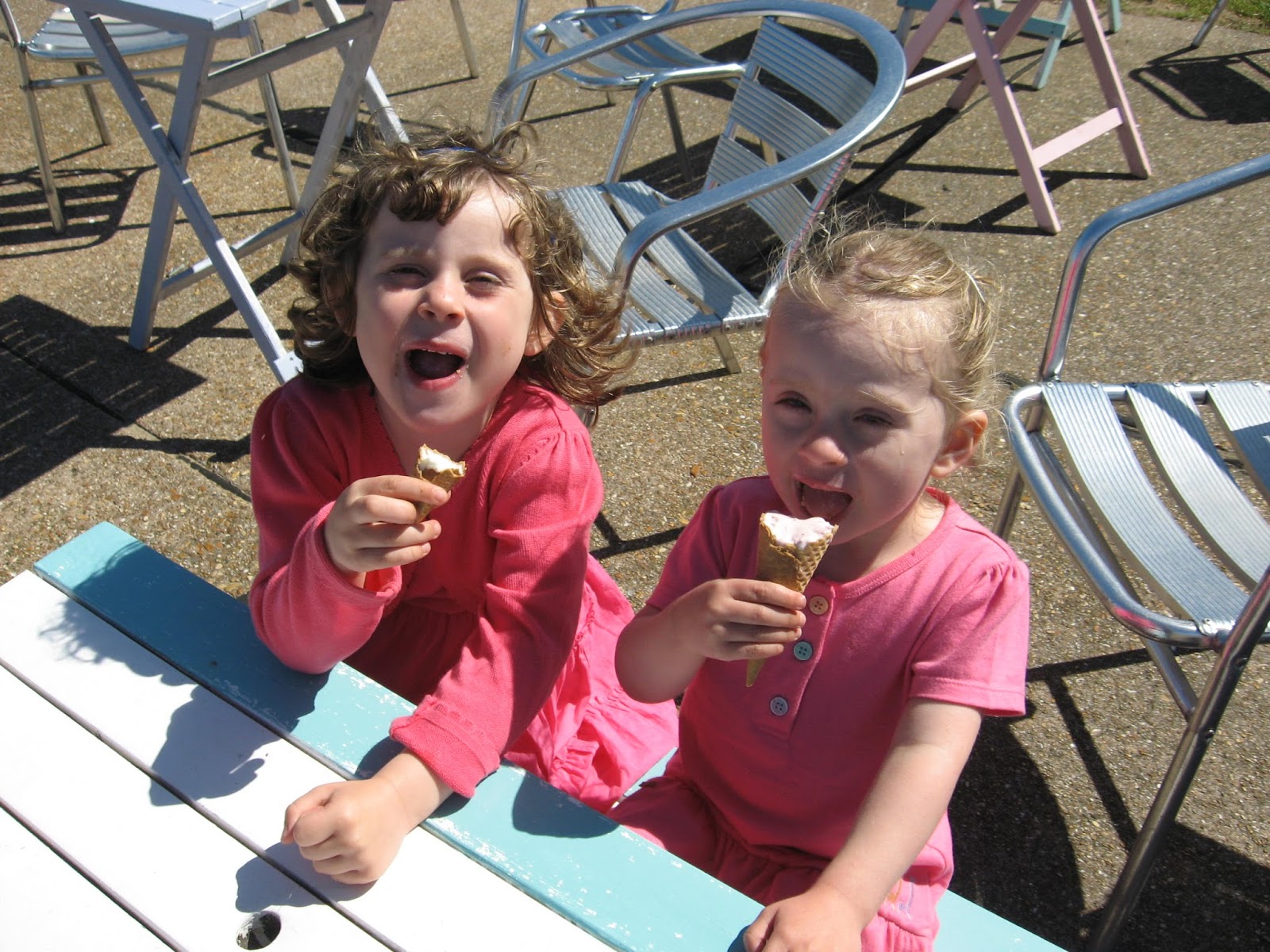 After our ice cream we went for a walk along the promenade and came across a boating lake glistening in the sun, there were hundreds of birds on it and lots of ducklings and goslings. We ambled around it taking in the views and cooing over the cute babies. 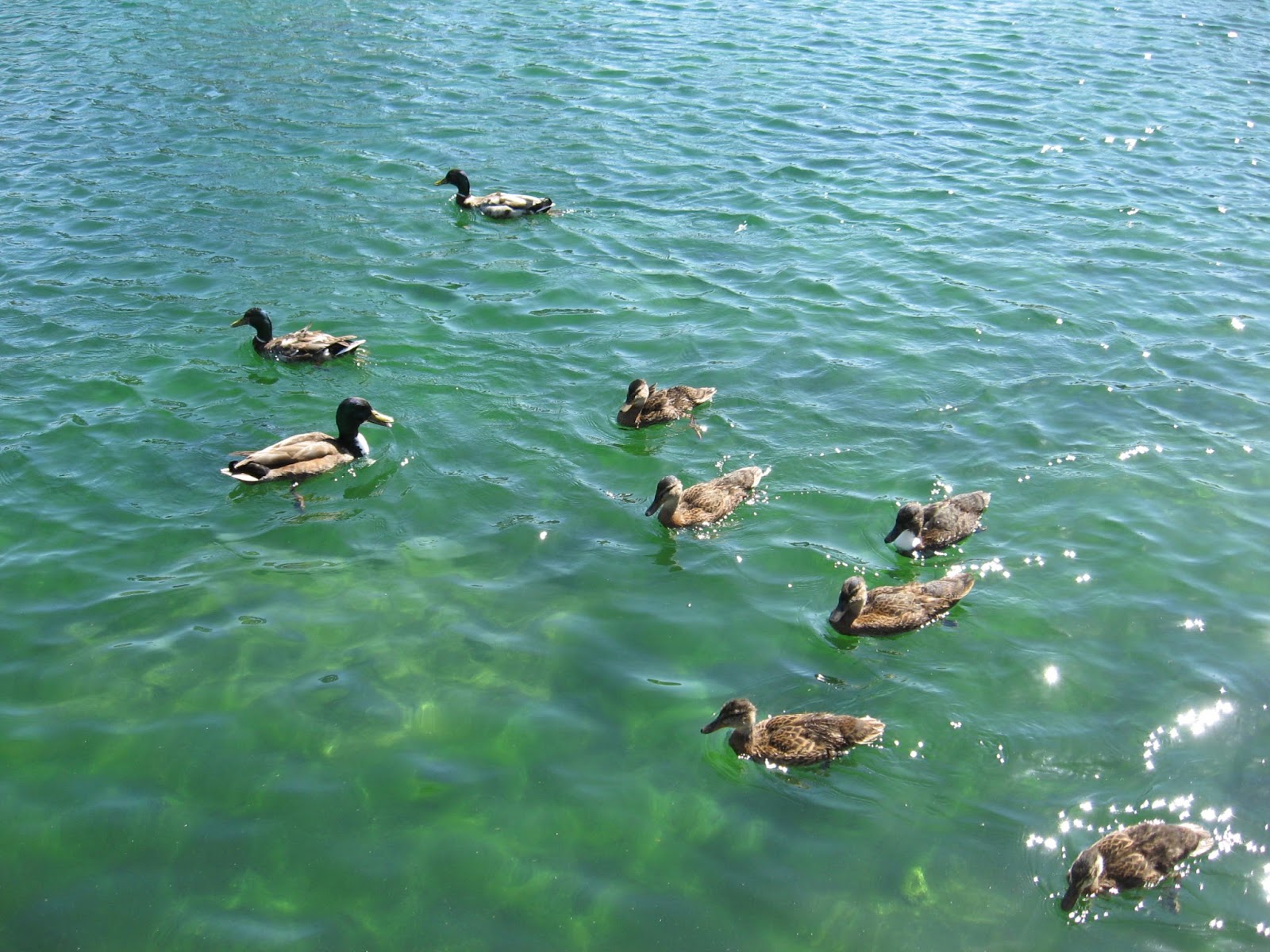 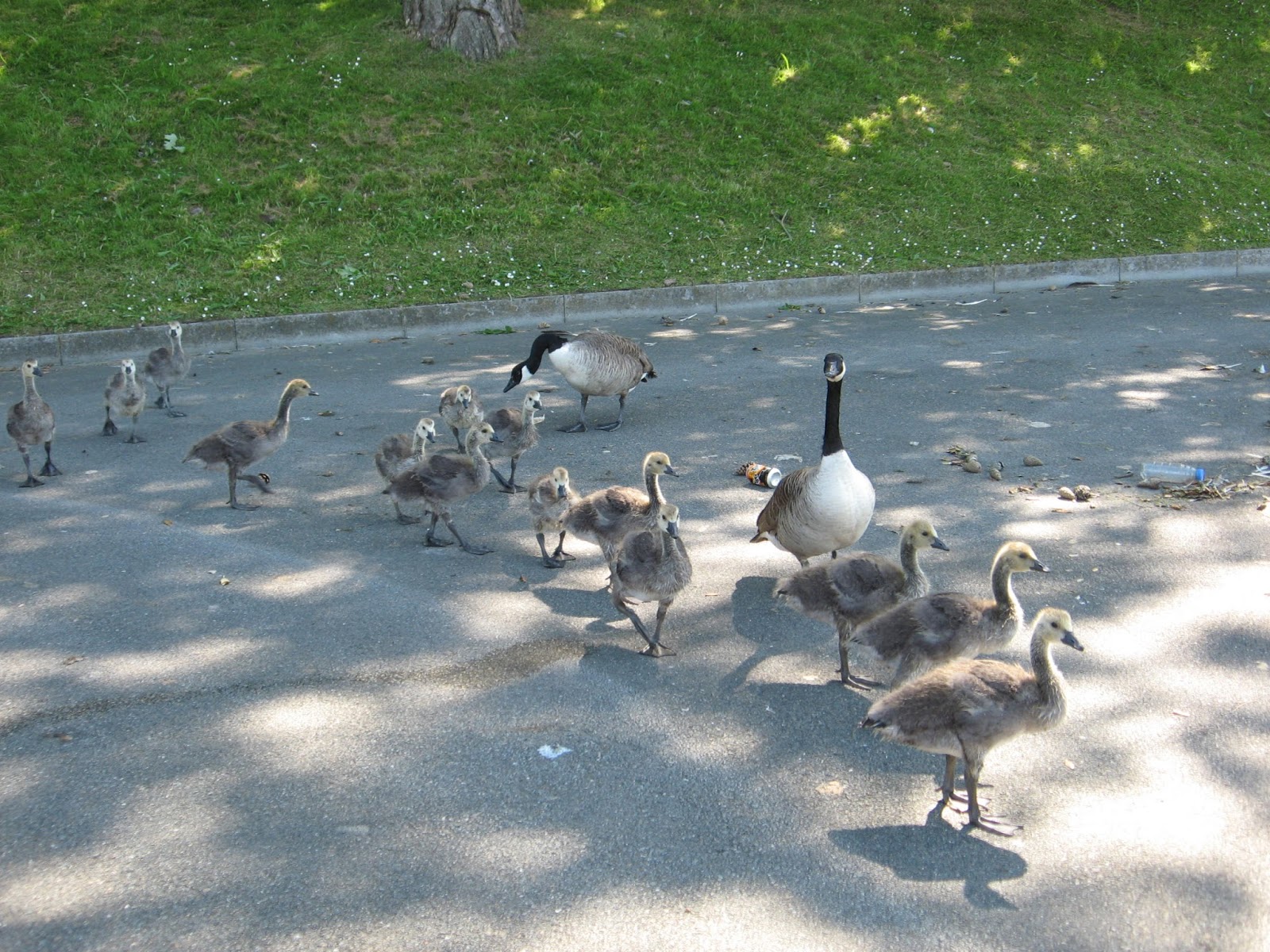 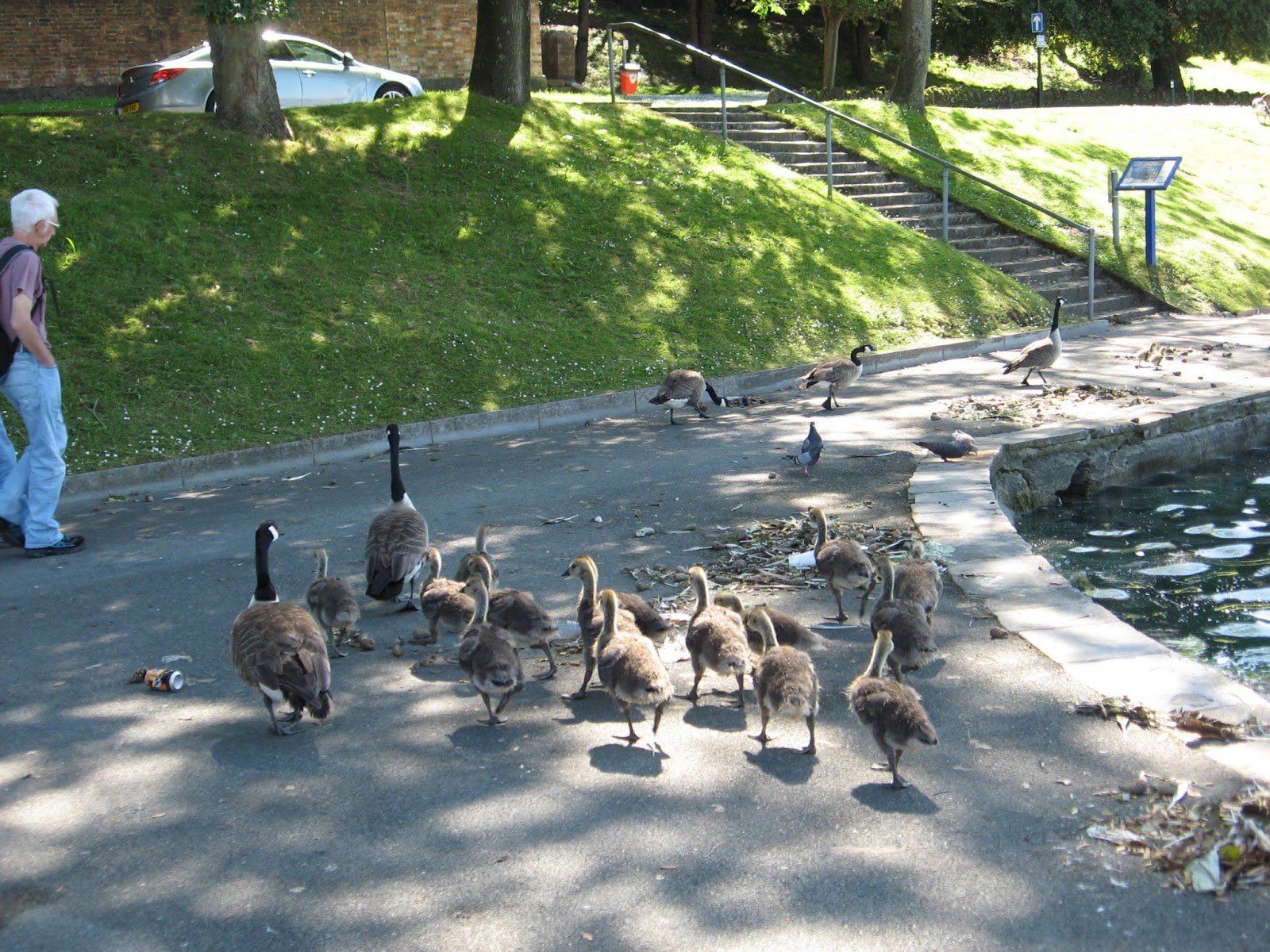 The goslings were particularly friendly and wouldn't leave us alone... 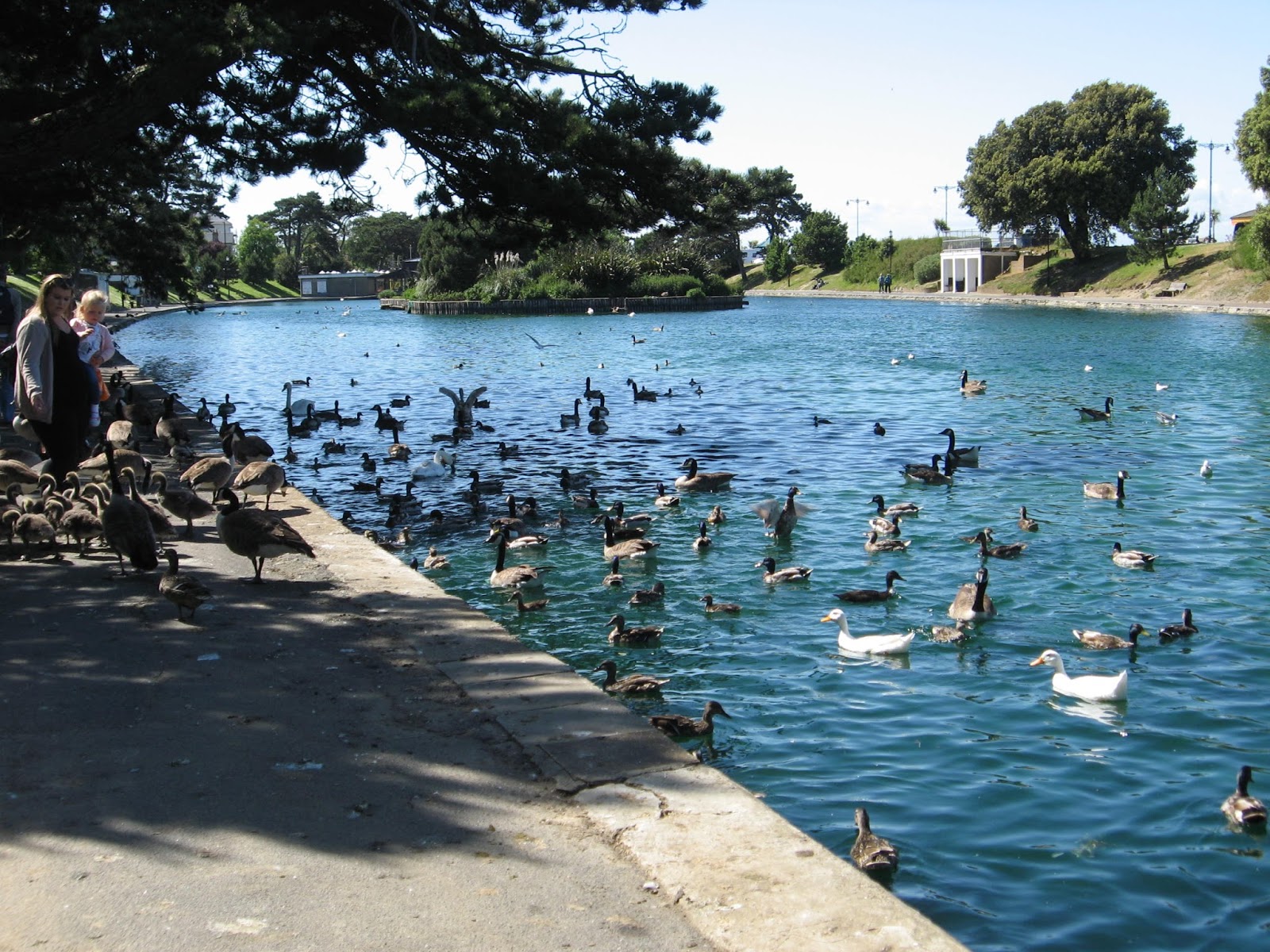 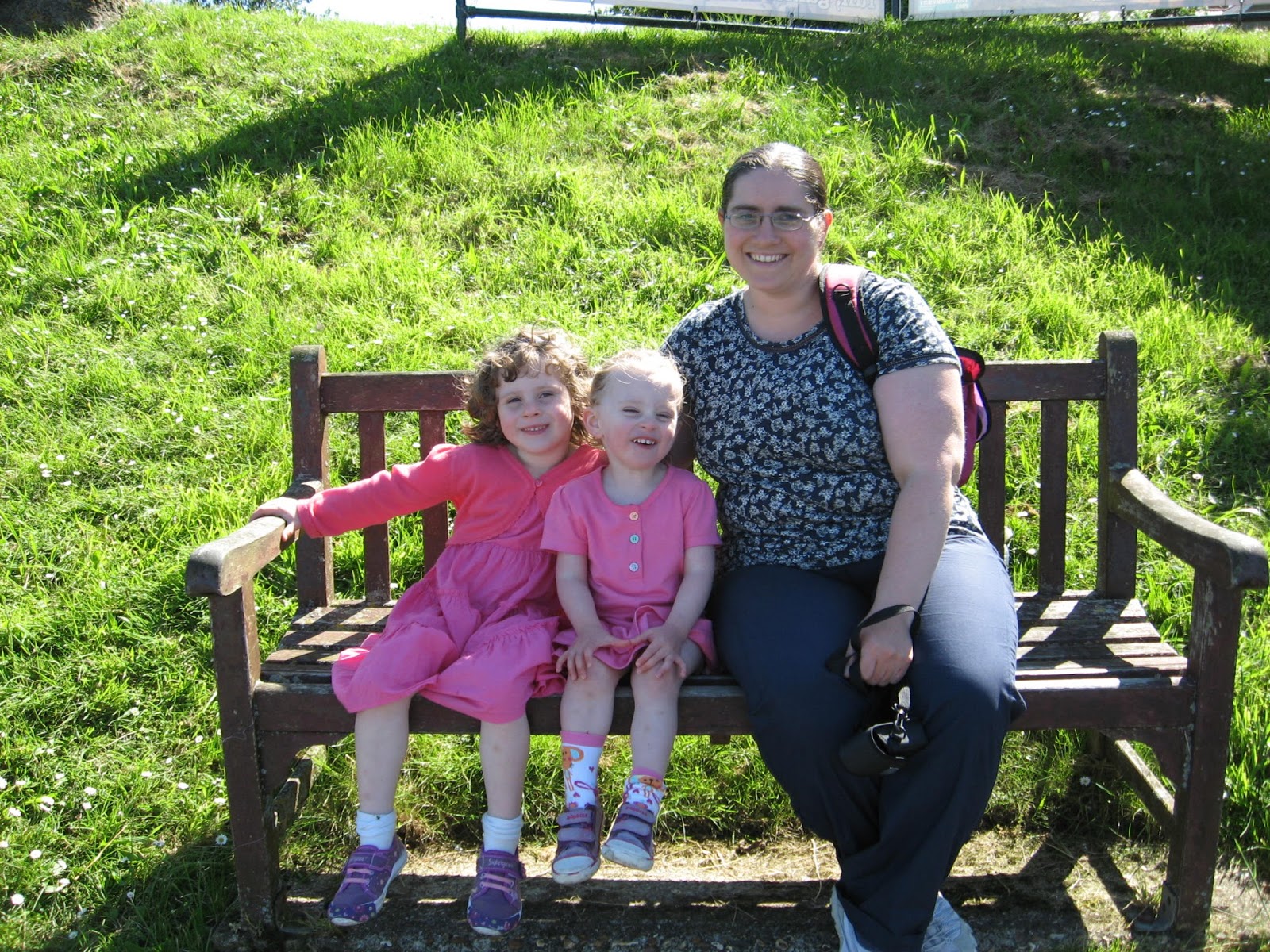 A lovely day in the sun on the beach with my family.... perfect. What is your perfect holiday day out?
at 6:00 am
Email ThisBlogThis!Share to TwitterShare to FacebookShare to Pinterest
Labels: beach, daddy, holidays, little ones, mummy, out and about, playing