The Little ones like to get messy, Little 1 often comes home from preschool plastered in something with a great big smile on her face telling me what she has been up to that day. Little 2 loves art and craft activities, it doesn't take long before she downs the paint brush and begins to get covered usually her hands and fingers first then often her face!

I like the fact that they enjoy getting messy and learning about different textures and things but I am not one for mess! I don't like being messy, any messy play in our house is controlled mess, Mummy armed with wet wipes and tables and carpets covered in plastic mats! I want the Little ones to feel comfortable getting messy and be free to enjoy their play so I take them to a messy play session near us. It is great I don't have to clean anything up other than the children which only involves a change of clothes and a warm bath back at home!

This week the Little ones liked the Strawberry whip and paint mostly. As soon as we arrived Little 1 made a bee line for the tray of whip, the tray was covered in multicoloured sprinkles with a big bowl of whip and various utensils as well as lots of silicone cake cases with whip and sprinkles in, it didn't take long for her to get stuck in . She started off using a spoon but soon opted for just her hands! 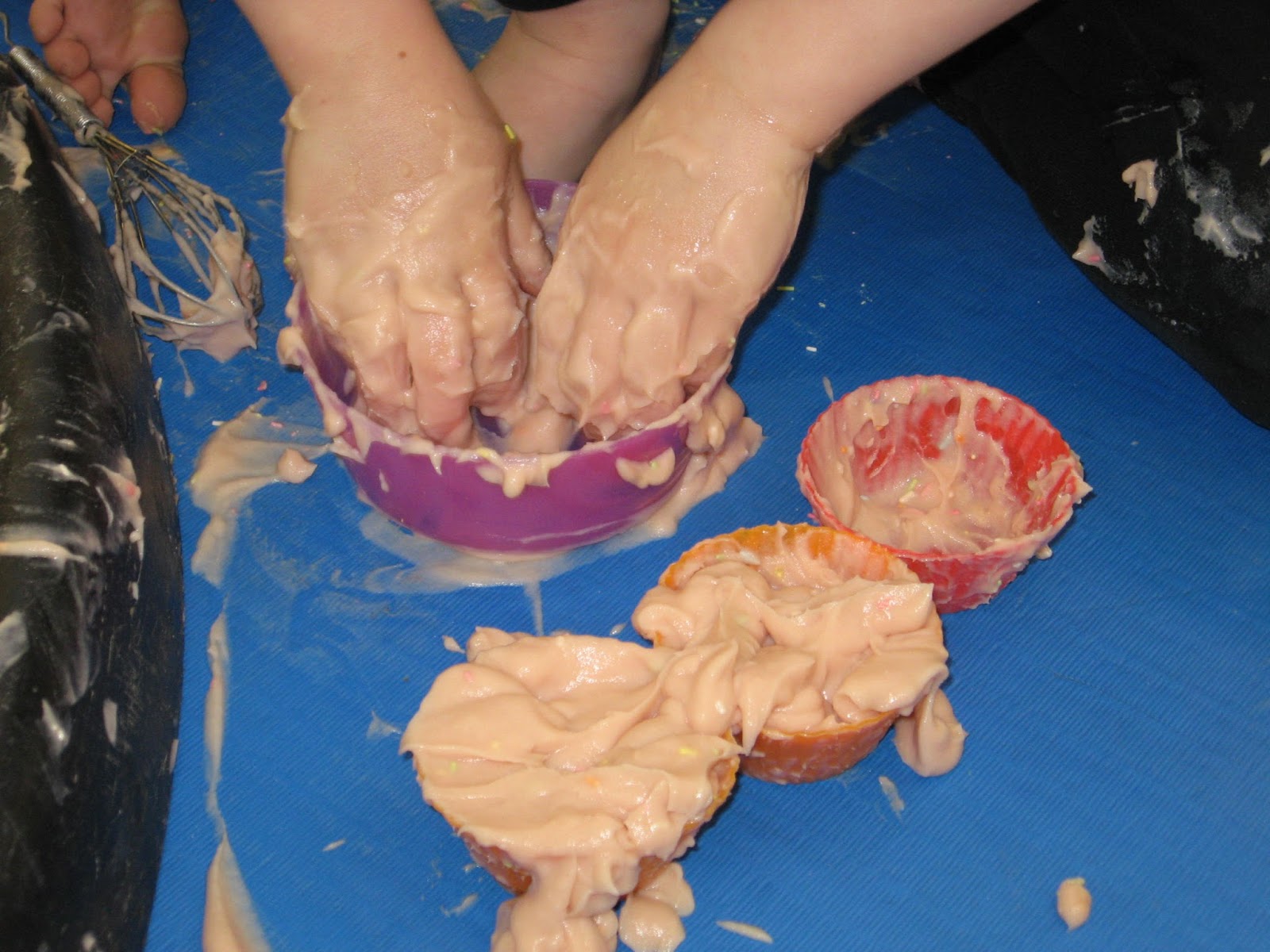 Little 2 is a bit less hands on than her big sister and mostly used a spoon methodically filling her bowl and then pretending to clean the floor with a whip covered brush! 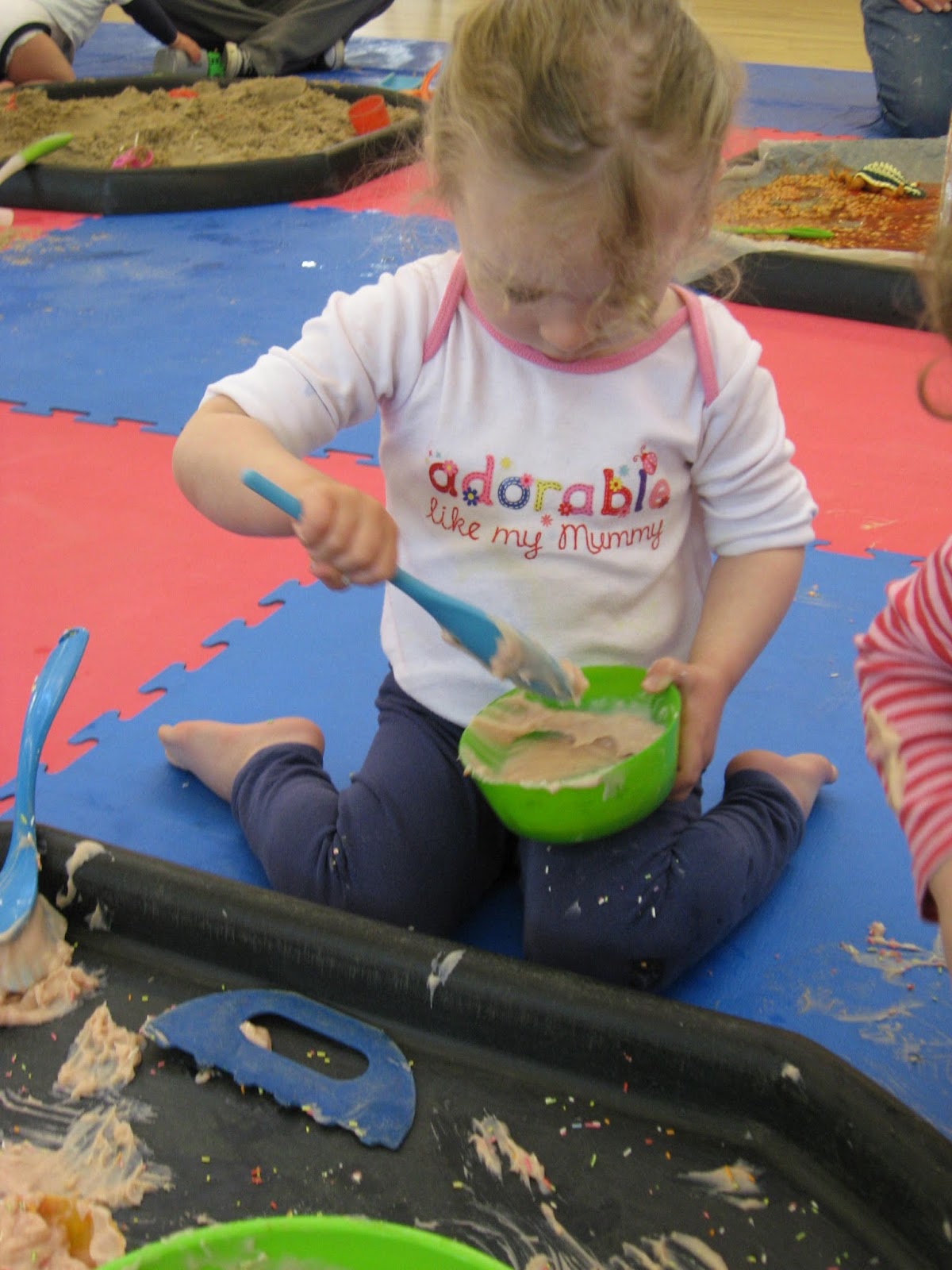 Little 1 dripped some whip on her trousers, she looked to me to see what I would say, I said 'it's ok, it will come out in the wash', she obviously took this to mean she could get really messy as she then proceeded to plaster the stuff on her leggings smiling like a cheshire cat as she rubbed it all in. I then suggested a sit in the water tray would be a good idea to wash it all off!

After a short play in there they were rather clean although still smelling like strawberry, soaking wet up to their middles they headed to the paint, this week some boxes had been set up for free painting. 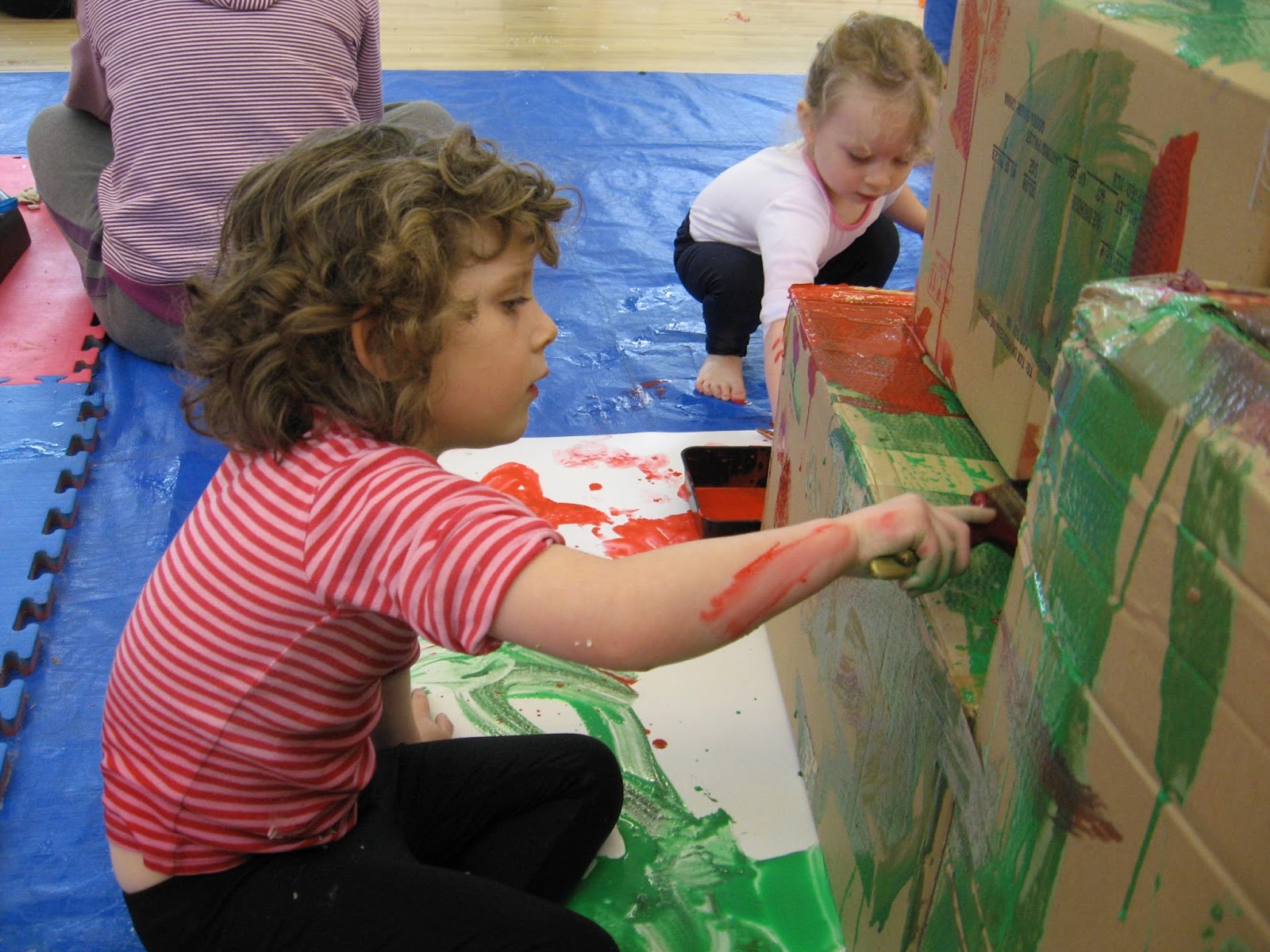 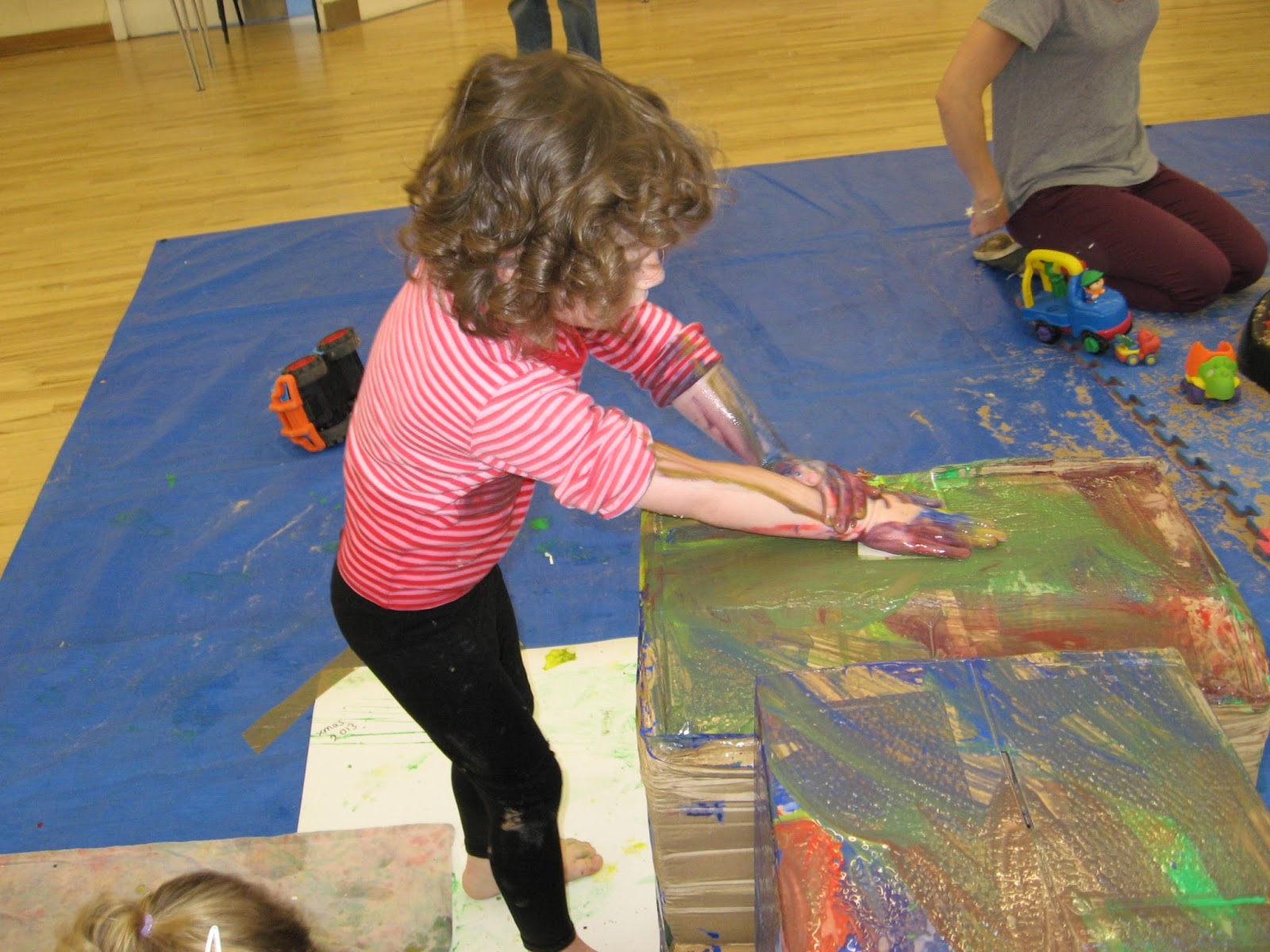 As usual they started using the brushes then their hands, arms and feet, they were loving it! 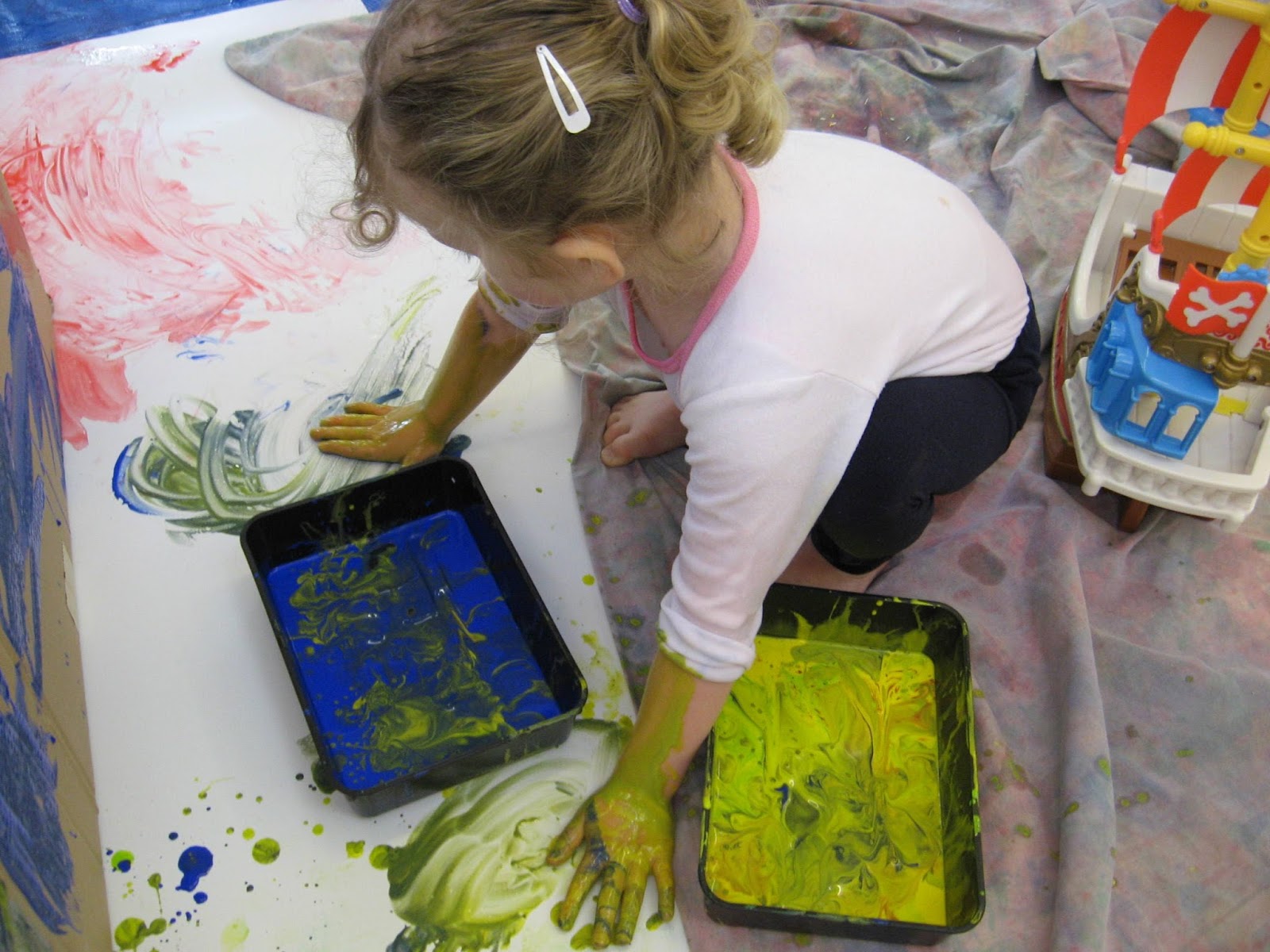 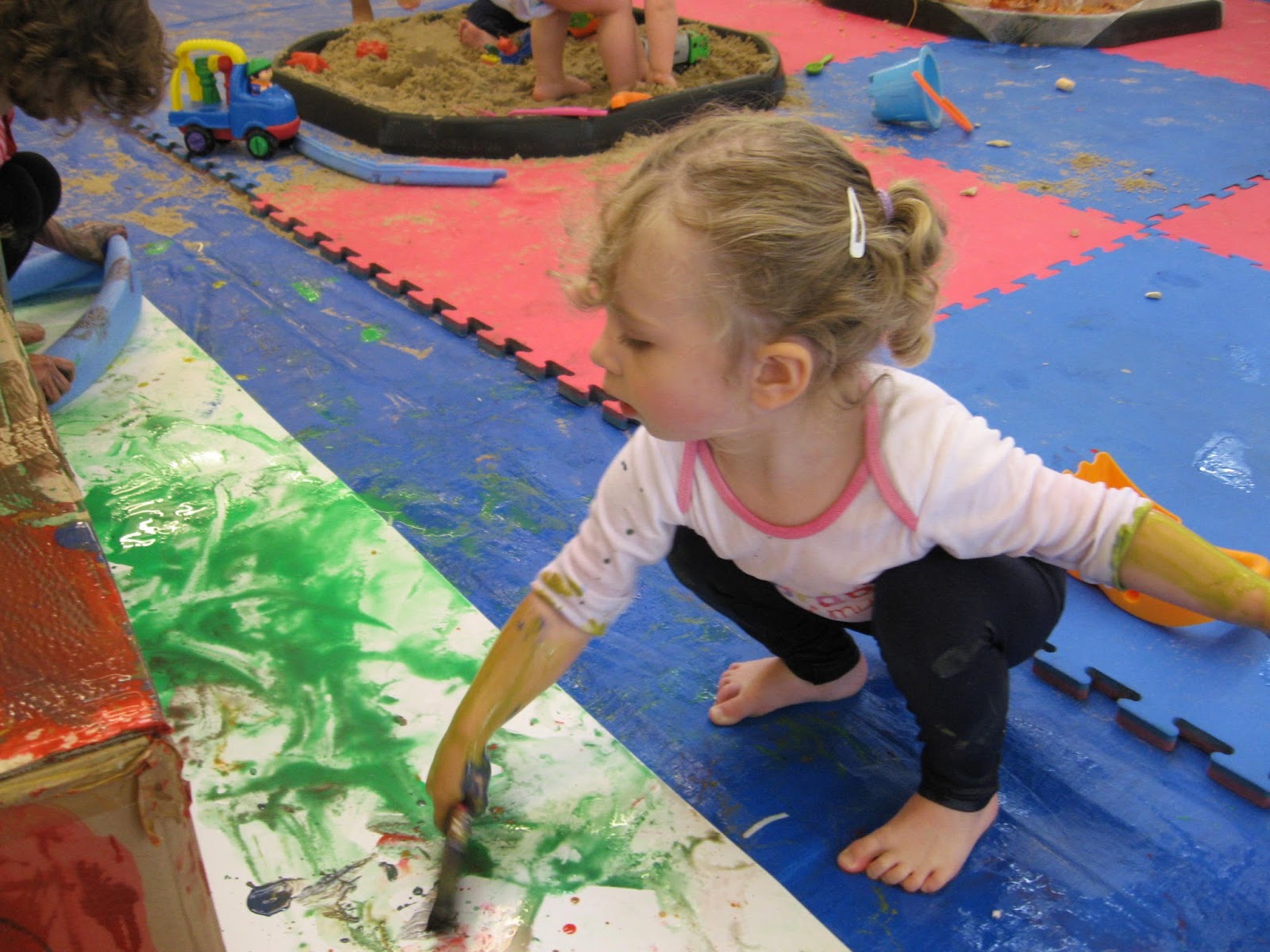 A quick dip in the water tray to wash off the yellow paint and Little 2 returned for the red, she spent 40 minutes painting herself and those boxes! 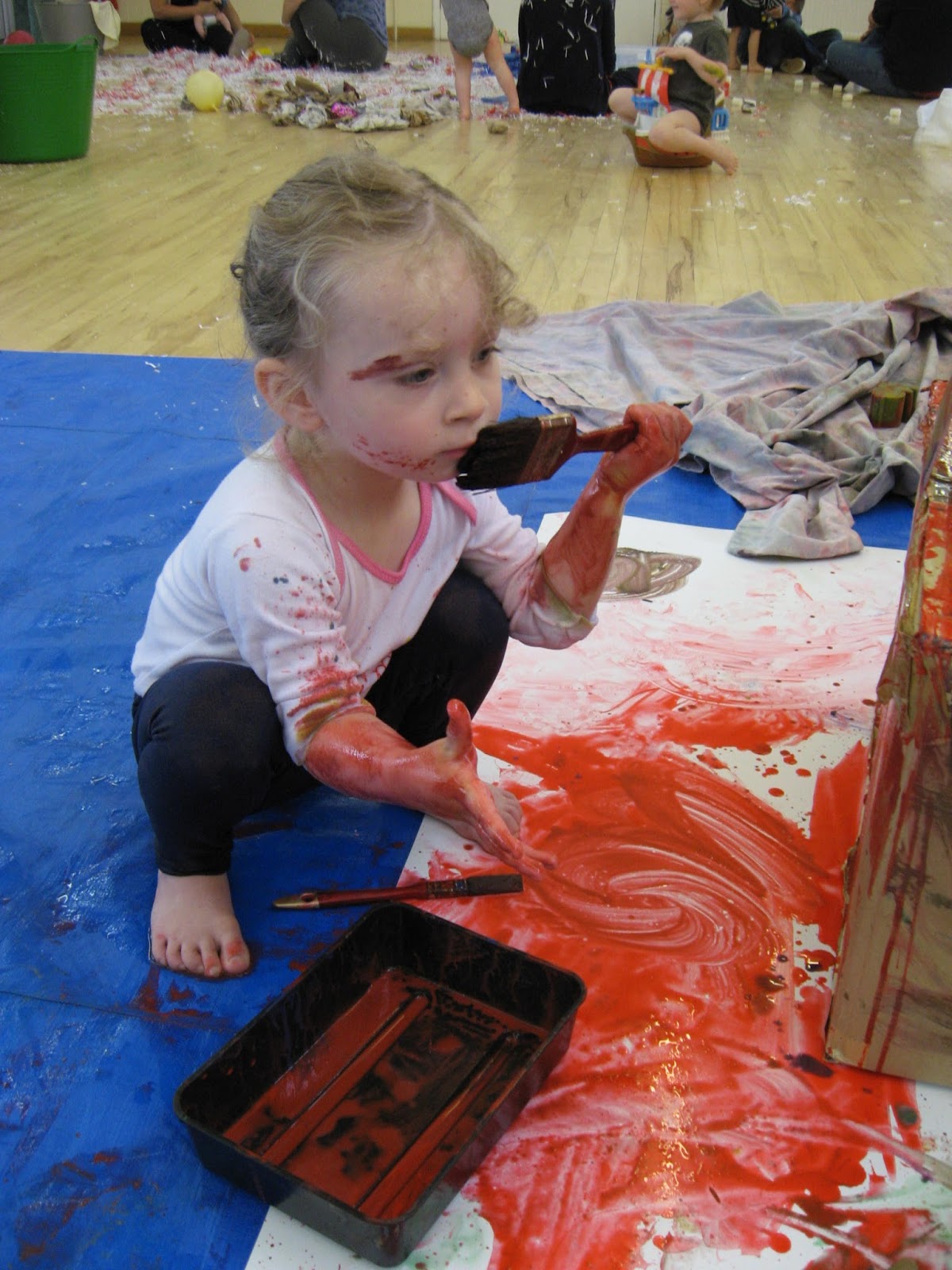 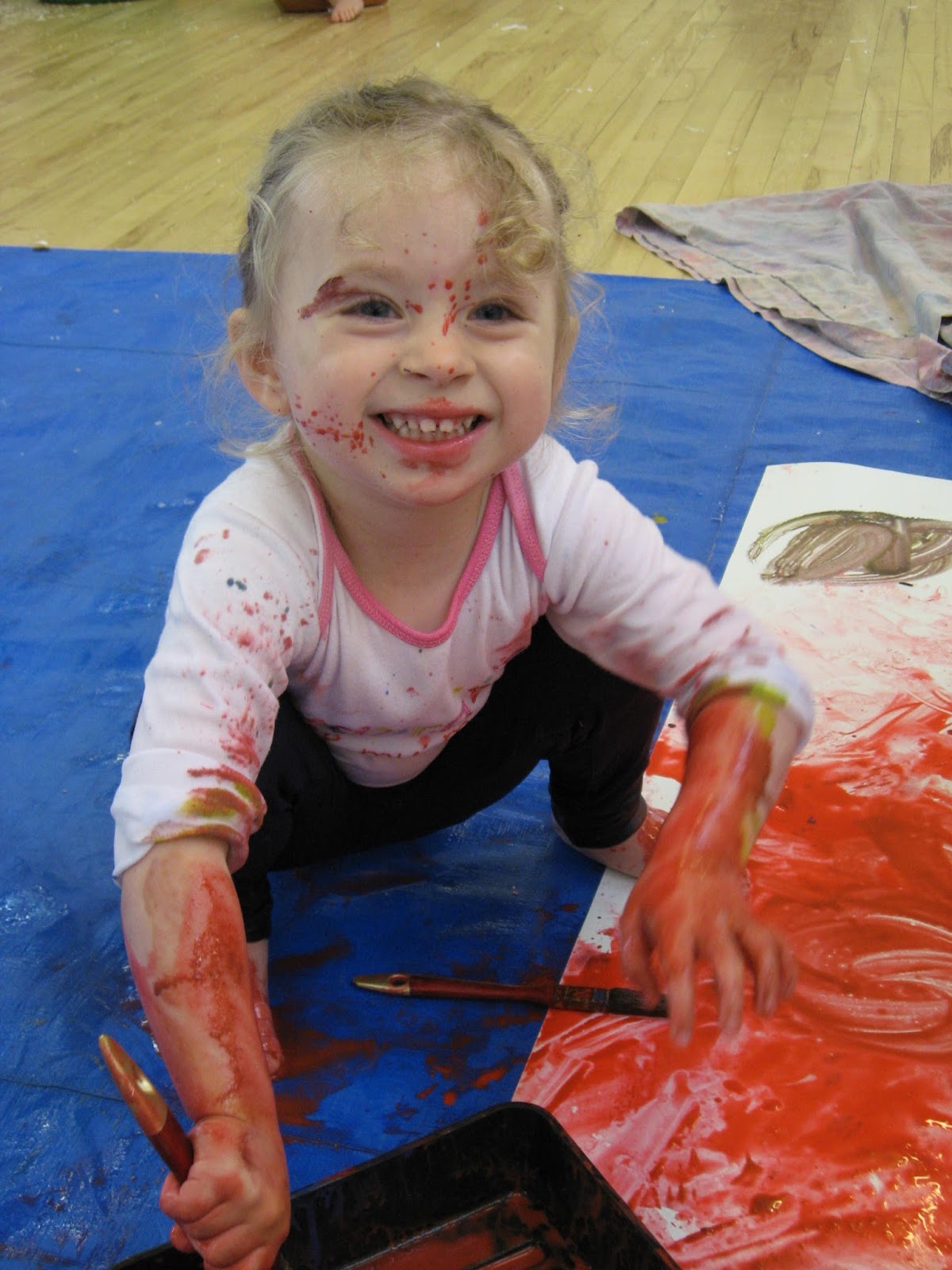 There was also baked beans, sand, dried rice, shredded paper and gravel to play with but none of these got anything much than a fleeting play from my two. We had a lovely morning at messy play and will be back next week.

If you liked this post you can read my previous messy play post here.
at 11:58 am
Email ThisBlogThis!Share to TwitterShare to FacebookShare to Pinterest
Labels: getting crafty, little ones, messy play, mummy, playing