The day we met a mermaid

Over half term we were looking for somewhere indoors to go for a day out, the weather was predicted to be cold and wet and with three children to entertain we simply had to get out of the house. I spotted an advert for a Mermaid themed week at Bristol Aquarium and thought the girls would enjoy it especially my mermaid mad Little 2.

After being shocked about the price of public  parking near the aquarium we parked in a park and ride on the outside of the town and headed in on the bus. While Little 3 and I rode downstairs with the pushchair, the girls and Daddy sat up on the top deck, I could hear them chatting excitedly and pointing things out on the way, the bus stopped right outside the aquarium which was very handy.

Being half term there was lots on to entertain the Little Ones, hand feeding the big fish, plenty of daily talks, the opportunity to meet a mermaid and hear sea stories as well as a crafting session with her. 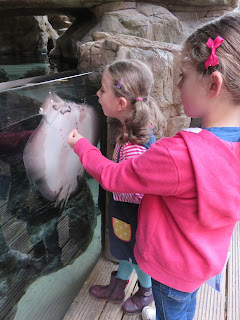 The girls were really interested in watching the stingrays which came right up to the glass and poked their little noses out of the water. They were desperate to touch them but knew that they were not allowed. We stayed in that area for rather a long time as they watched, chatting to each other about what they could see and what they knew about sea creatures. 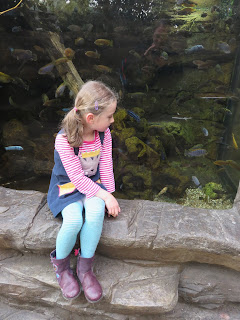 Little 2 sat on a ledge and watched the fish swimming without saying a word for absolutely ages. I have no idea what she was thinking about, or if she was just mesmerised but she was happy just to be there watching those fish. 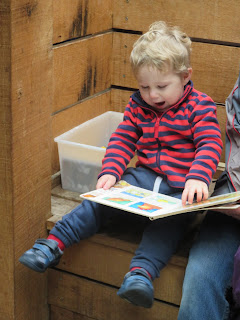 Little 3 liked wandering around and touching all the tanks, trying to climb on the rocks and spotting fish. At almost two he doesn't yet have the attention span of the girls and so it was great to find boxes of books dotted around the aquarium which kept him occupied while the girls were still looking and also while the talks were on. 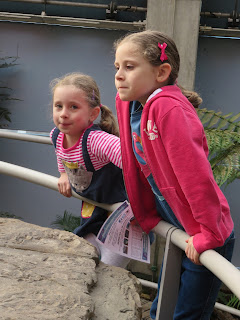 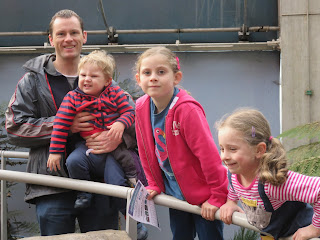 At lunchtime was went to see what the cafe had to offer having just brought some fruit and water along with us. They only did sandwiches and drinks which were really rather pricy for a family of 5 so, as we could come and go with our tickets valid all day, we popped out and found a newsagents nearby with yummy sandwiches that we ate by the quay and saved ourselves quite a lot. 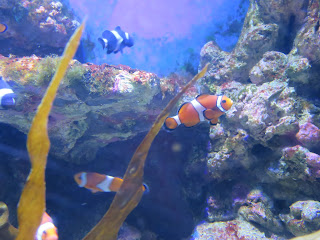 We all liked the way the aquarium was set out with tanks along a meandering board walk and a waterfall downstairs, then there were places for the children to pop up inside a tank (Little 1 loved watching the seahorses there for a bit here) and have a look at rock pool creatures.

There was a large tank with a bridge where we peered into the shallows at the sides and watched snoozing sharks and a big tunnel going underneath where the girls watched pufferfish and made faces at them in the hope that they would puff up (they didn't). 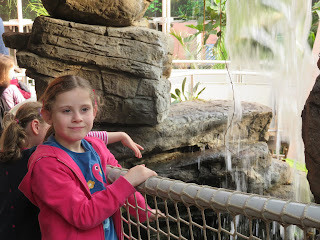 The girls were keen to attend the mermaid craft session and today they were making pearly sea bracelets. The girls were given some colourful pretty beads, macaroni and elastic to create themselves a bracelet which they enjoyed doing. 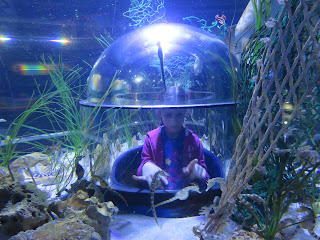 But the best bit of all, and the reason you probably came to read this post, was that there was a 'real' mermaid that the girls could meet there too. She chatted to the girls and asked them a few questions about their favourite sea creature, posed for a picture and gave out stickers. Little 2 went really shy and didn't say a word but she really enjoyed meeting her. 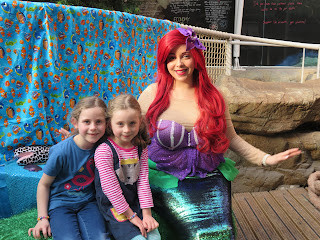 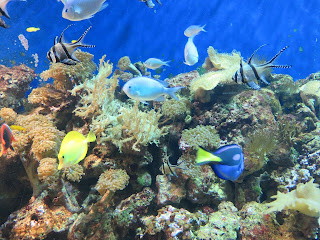 We enjoyed our day out, on the way home we asked the girls what had been the best bit of the day and although meeting the Mermaid and seeing the fish ranked highly, the best bit of all was apparently riding on the top deck of the park and ride bus!!
at 10:36 pm
Email ThisBlogThis!Share to TwitterShare to FacebookShare to Pinterest
Labels: days out, little ones