Complete toilet training with help from the Lumipotti (review)

Little 2 took potty training by storm, she was dry by day within a week at 23 months and rarely had any accidents. Now 3 months later she is totally dry at night too. Just a week after being dry in the day I noticed a big difference in her night time nappies, where they were once soaked in the morning they were only half as wet and within a couple of weeks even less and some were even dry, all by the age of 2!

We were going on holiday over Easter staying in a caravan without washing facilities so we kept her in nappies at night until we were back from holiday, even though we probably didn't need too. Once we were back we took the plunge and I am pleased to say she has not worn a nappy at night for 3 weeks now and we haven't had a wet bed yet! Well done Little 2.

Now, Little 2 sleeps in her cot bed which she can get out of if she needs to during the night but she can not open her bedroom door by herself (it is quite stiff on the carpet) and neither can she reach a light or get onto the toilet by herself so when we heard about the Lumipotti, we thought we would give it a try in the hope that Little 2 could use the potty instead of the toilet if she needed in the early hours and thus avoid an accident. 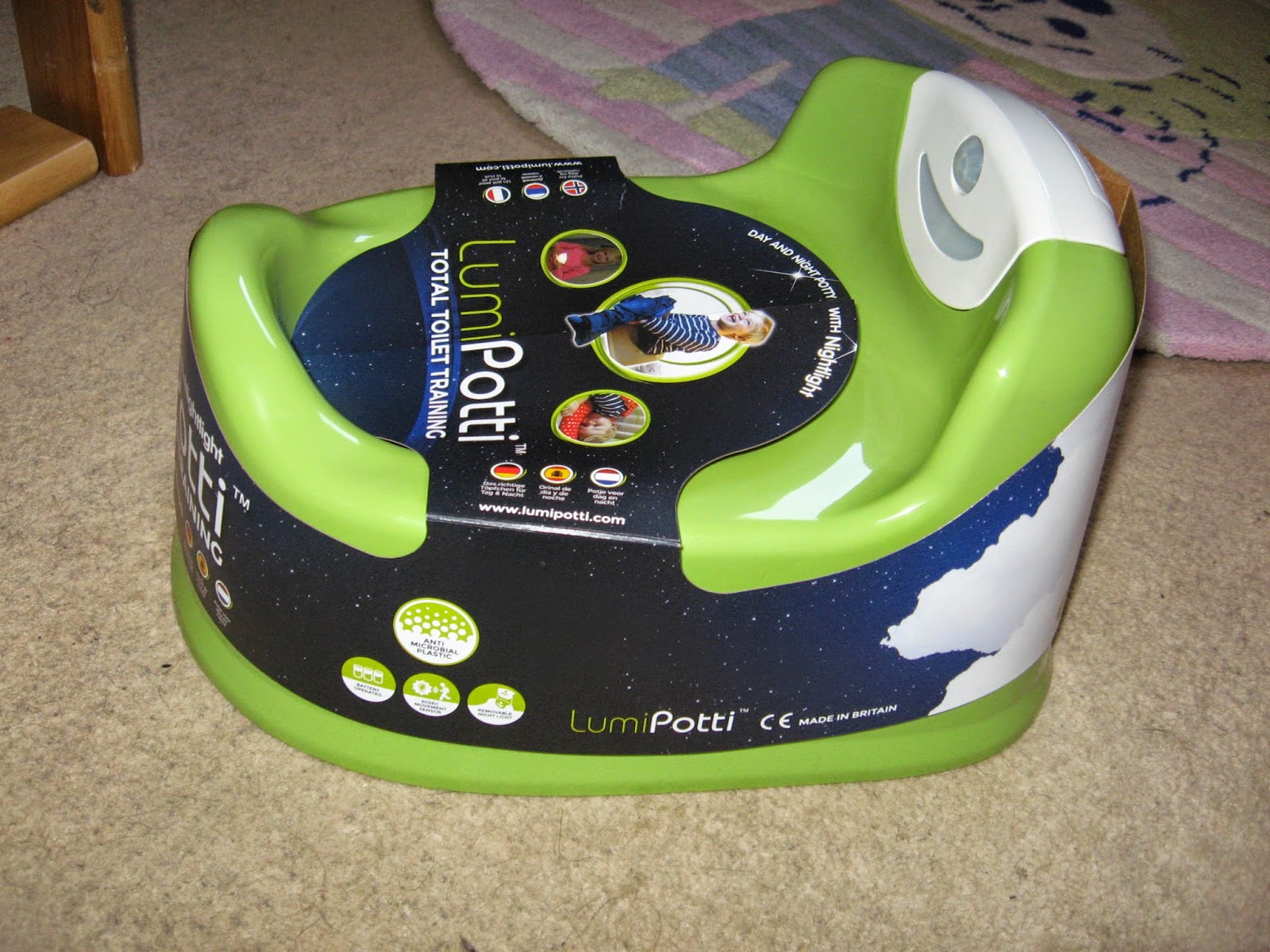 The Lumipotti was created by two mums to provide a potty that could take you all the way from the first steps of daytime training to going to the toilet independently at night. The unique thing about this potty is that it has a nightlight. In early potty training the Lumipotti is just like any other during the daytime then as you approach nap time and night time training the potty comes into it's own. The nightlight is designed so that your child can be more independant at night using the potty and then it can be removed and used as a stand alone portable nightlight when your child is capable of using the toilet by themselves therefore increasing their confidence and independence and waking you less! 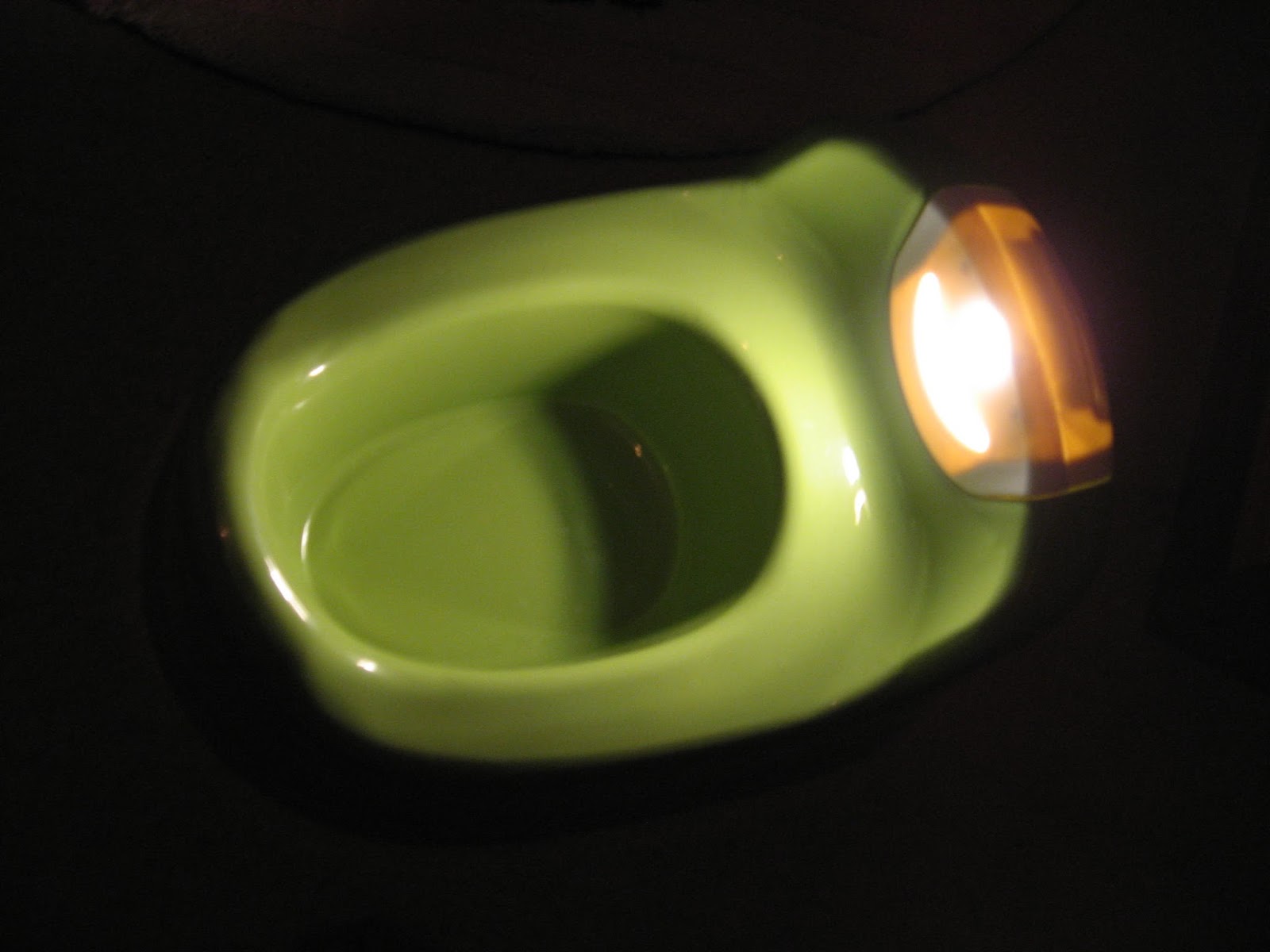 The nightlight (the white bit) is battery operated and only activated in dim/dark light saving battery life. It features a movement sensor that turns the light on when movement is detected, the light turns itself off when it hasn't detected any movement in 60 seconds. So if Little 2 wakes up in the night needing a wee she can get up and use the potty without needing help with doors and lights. The light is really bright and provides plenty of light in a dark bedroom. The light activates quite easily and at a distance of about a metre and a half so we have placed the potty in the corner of her bedroom away from her bed so it doesn't go off when she is just moving in bed but it comes on as soon as she gets out. 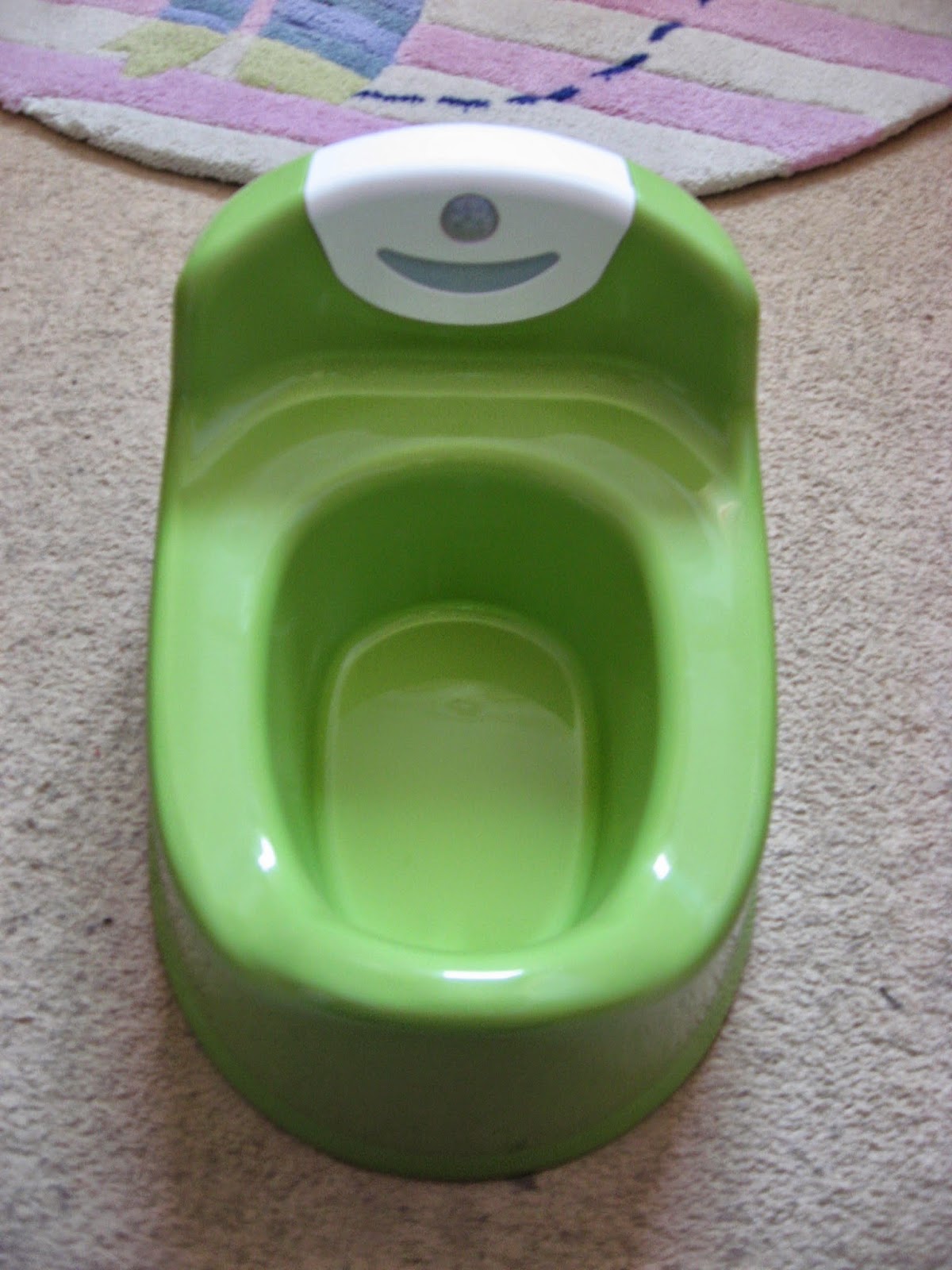 The Lumipotti is made in England in anti-microbial plastic. It is a really sturdy thing and would last through several children, it is a generous size with a great sized bowl so no chance of it tipping or overflowing in the night and this makes it still suitable for a slightly older/larger child too.

The Lumipotti is available in green or vanilla, it is priced at £23.99 plus £2.50 postage and packing and can be purchased from www.lumipotti.com

N.B We were sent a free Lumipotti for this review but all words and opinions are my own.
at 10:53 pm
Email ThisBlogThis!Share to TwitterShare to FacebookShare to Pinterest
Labels: little 2, potty training, review