It was one of those afternoons when Daddy was at work, the girls had played with EVERYTHING, we had been to the shops and the park and it was still only half past 2 and drizzling!

Little 1 asked if we could make something, I didn't have much in the way of baking ingredients and didn't fancy another trip to the shops, so I came up with the idea of icing biscuits. I knew I had a packet of rich teas, some icing sugar and a whole load of sprinkles left over from Christmas so I gave the girls a tray of biscuits, a bowl of icing and let them loose with the sprinkles.

Little 2 is a dab hand with a glue stick and a bit of PVA so I knew she would get stuck in and she did, she was very methodical putting the icing on each biscuit and trying not to get it on her fingers, she was concentrating hard. 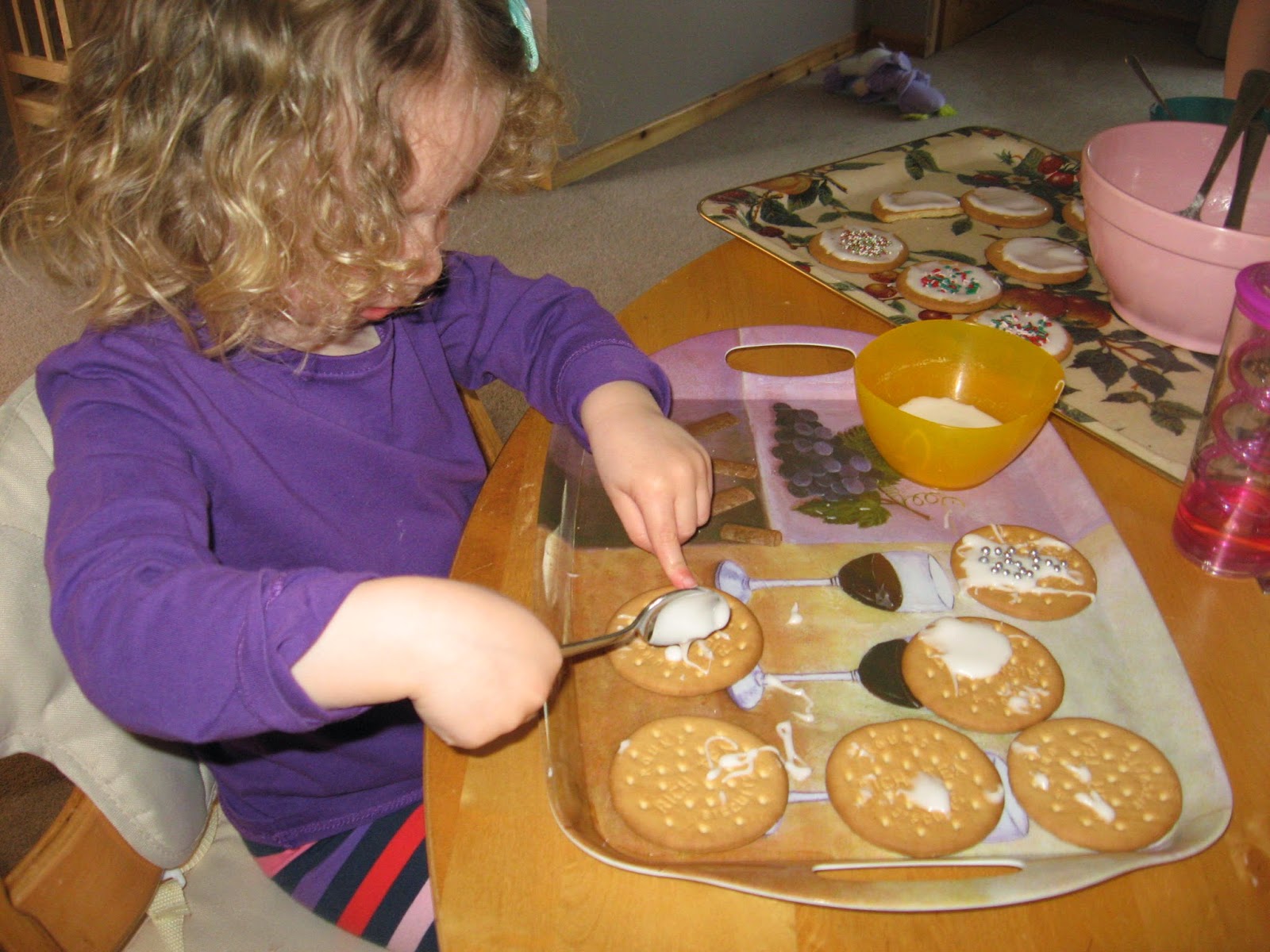 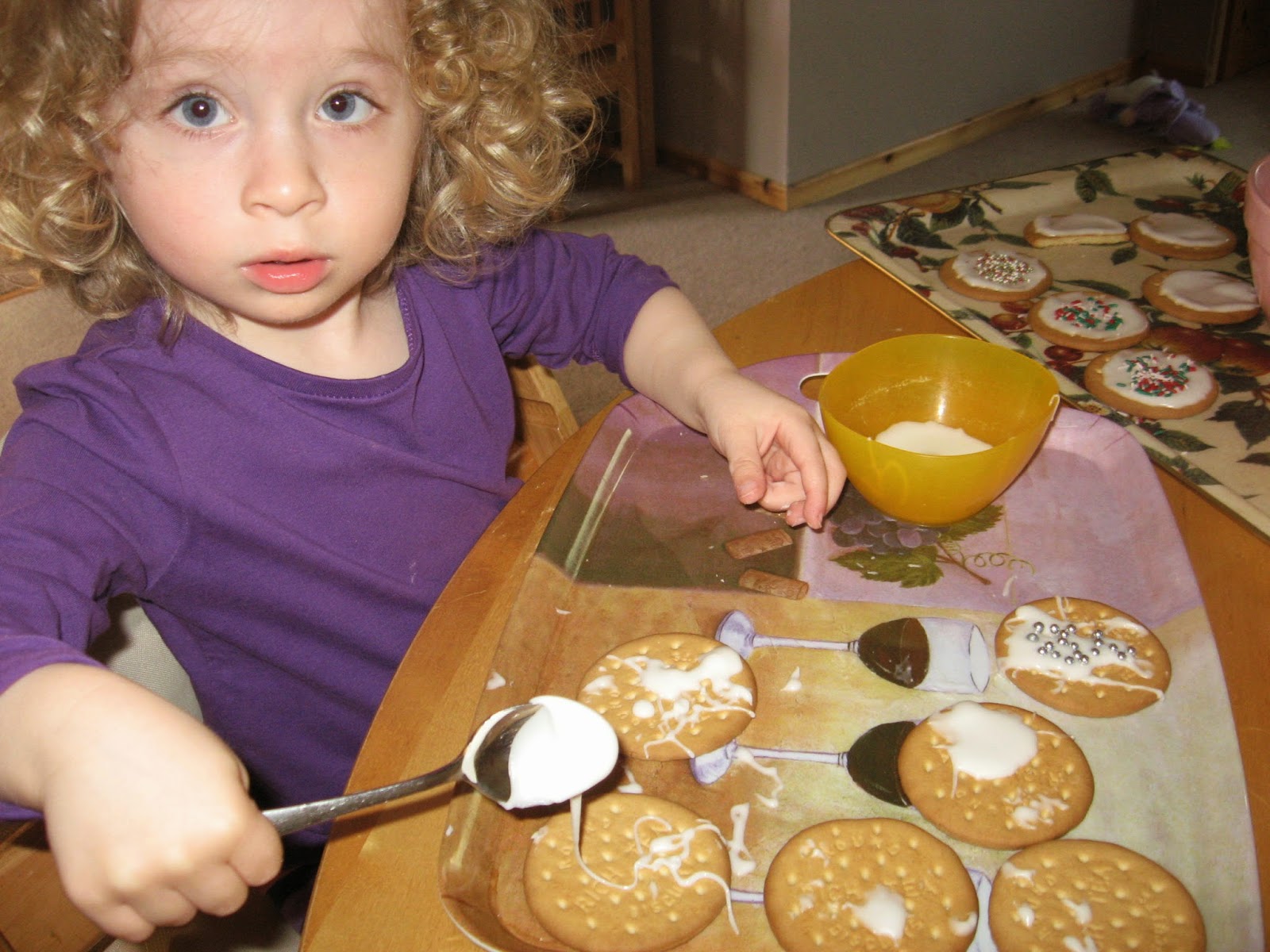 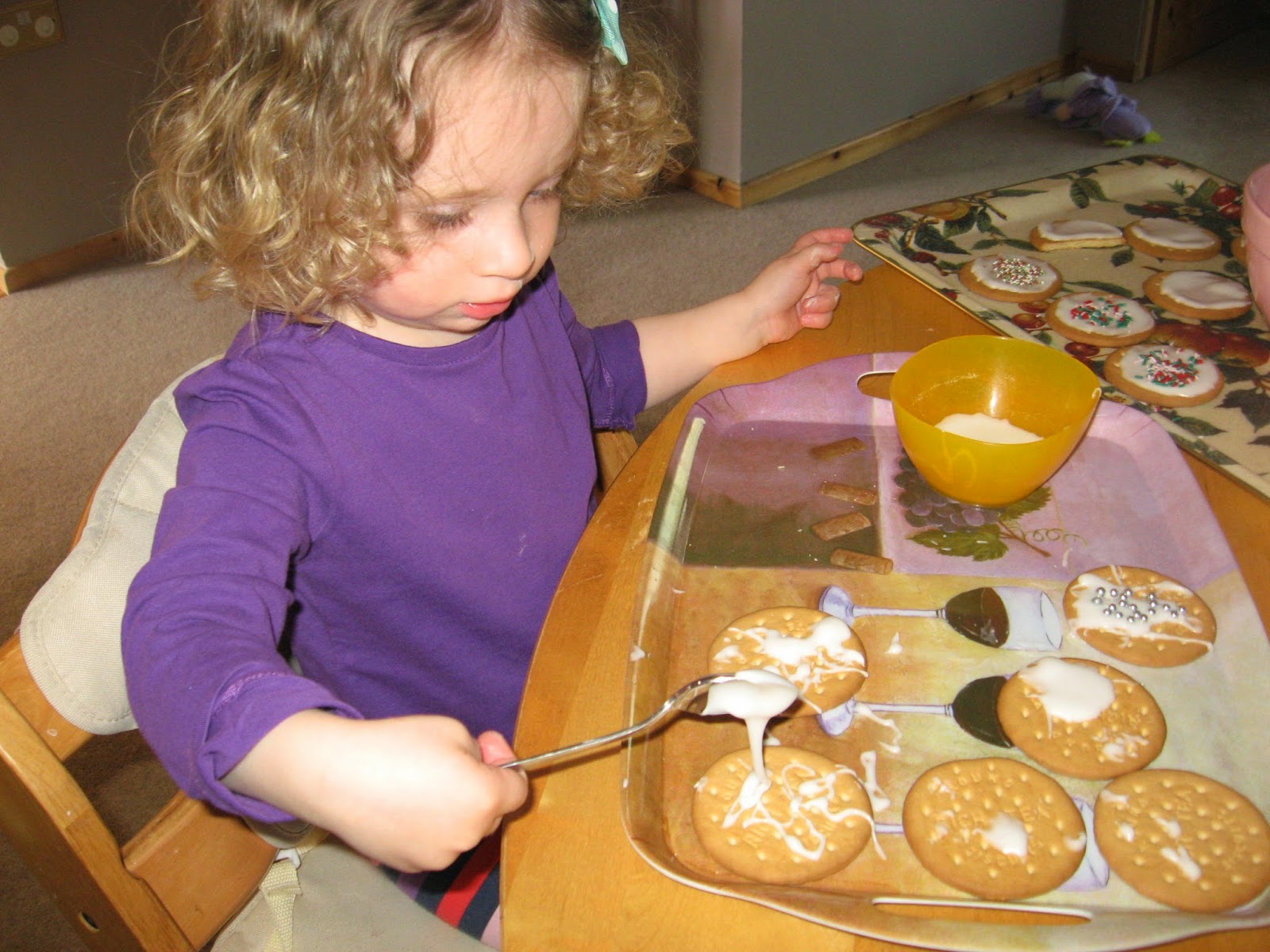 Little 1 was very tidy with her icing trying to get neat circles on her biscuits and choosing a different sprinkle for each one. She likes to watch the icing drip off the spoon and spread out rather than spreading it herself. She is very thoughtful and methodical, she likes lining things up and is a caring little girl. 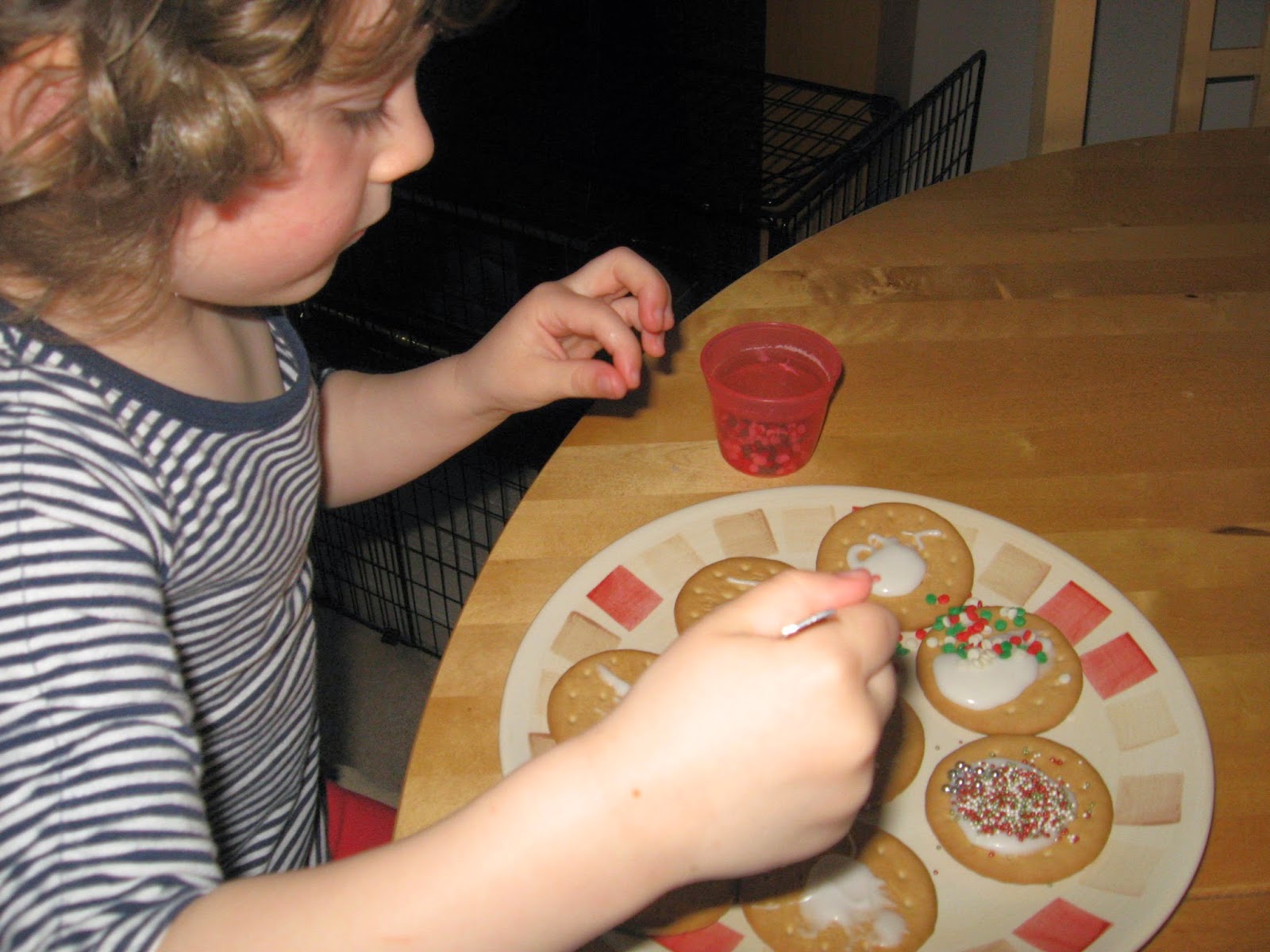 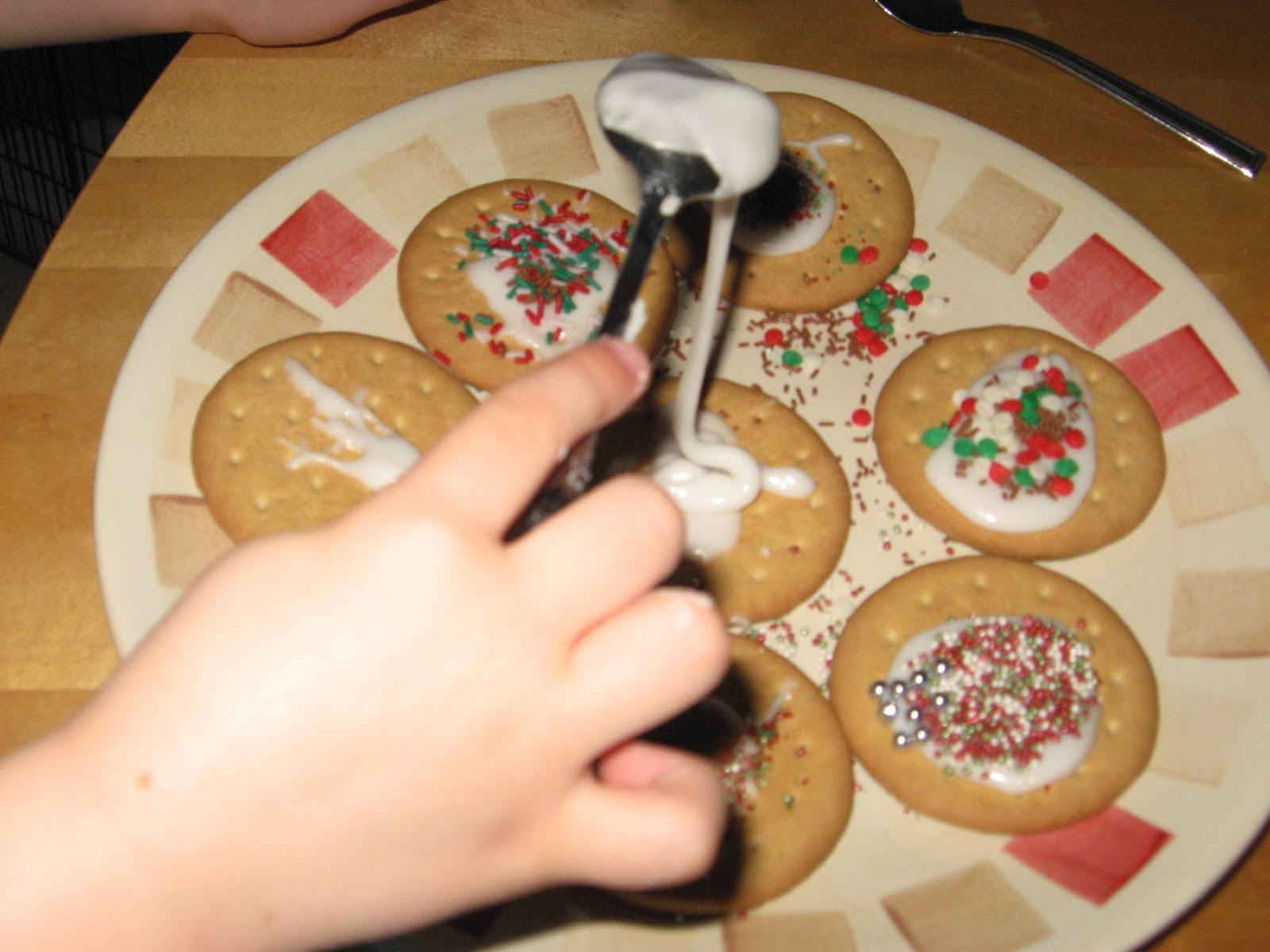 Once the girls had iced a whole packet of biscuits, (that was snack time sorted for a week!) the tasting began. Little 2 is so cheeky but she is scrummy with it, it is hard to resist her cheeky smile, I knew she would be the first of the two to have a taste and I had a little giggle to myself when she dipped the icing covered spoon into the sprinkles and aimed for her lips looking at me as she did so. 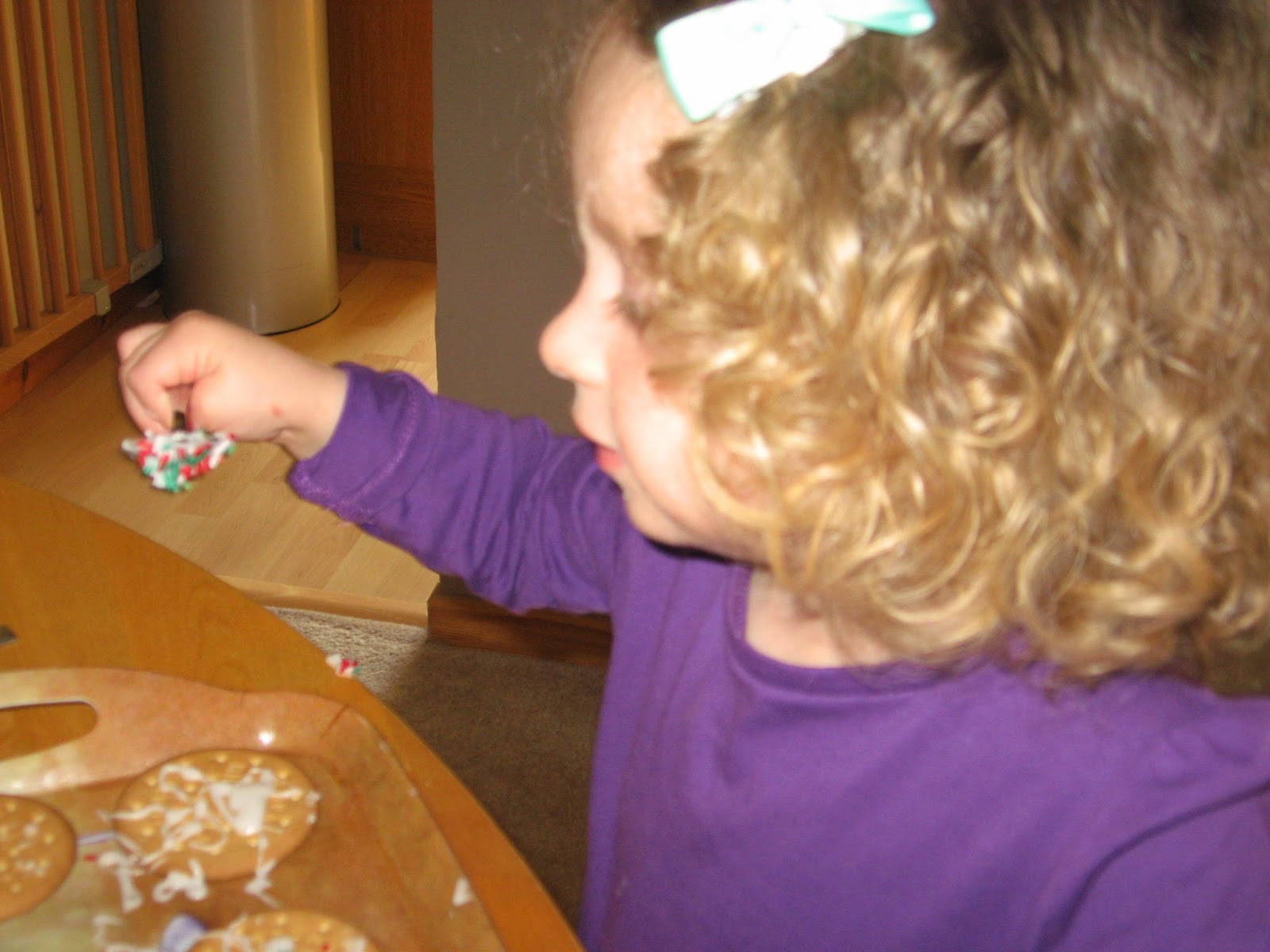 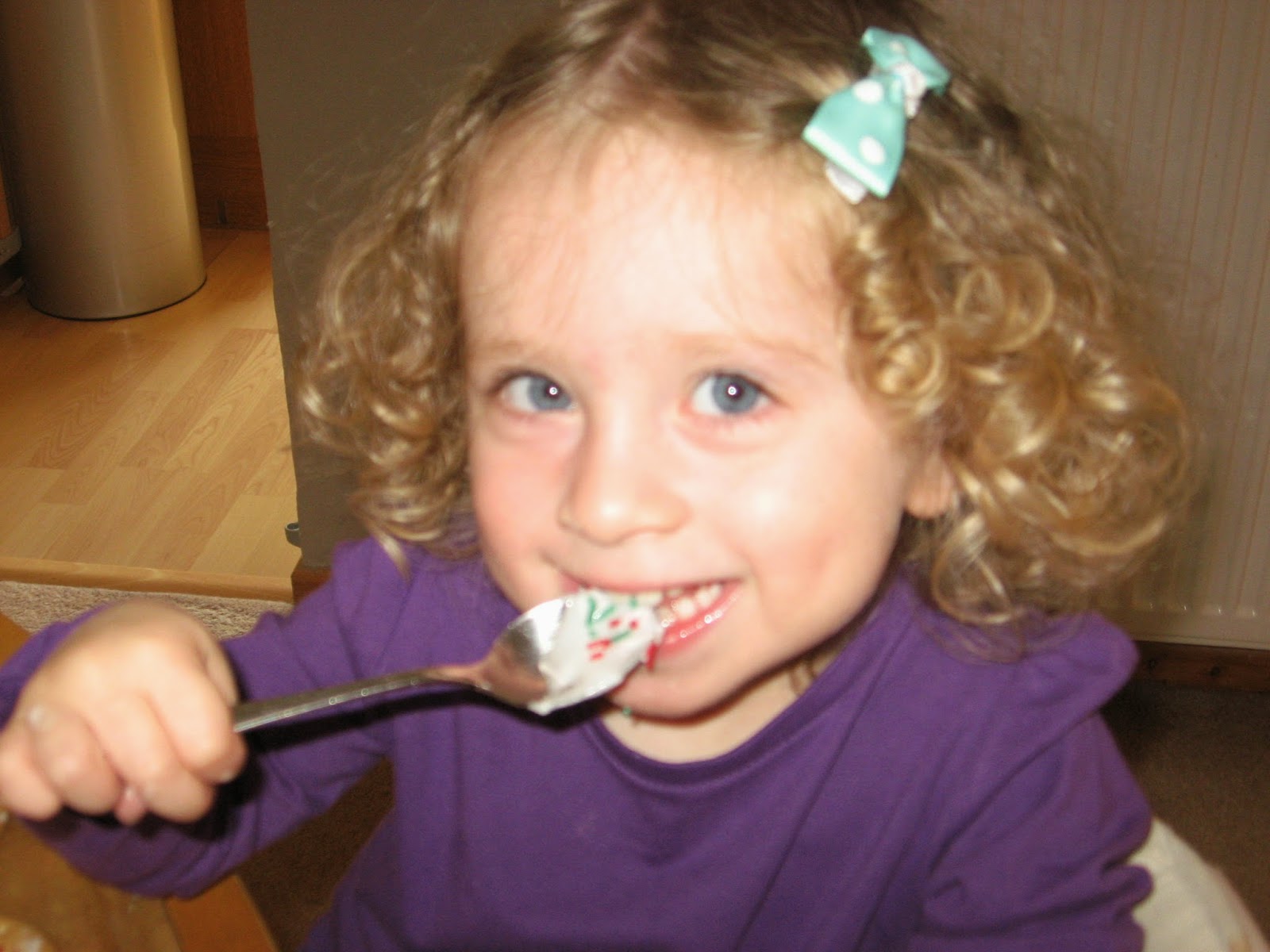 Icing biscuits took a good 45 minutes, the Little ones were entertained and happy and we all enjoyed eating them afterwards. We really do love baking in this house.
at 10:13 pm
Email ThisBlogThis!Share to TwitterShare to FacebookShare to Pinterest
Labels: baking, getting crafty, helping, little ones